A year ago today many in the cycling community lost a friend. Paul Sherwen passed away in Uganda on 2 December 2018 and our sport changed a little. If nothing else, cycling sounds different now.

For years they sat on the shelves, boxes with VHS tapes with handwritten scrawls on the spine listing the years and the stages. The video player is long gone but it doesn’t seem right to abandon this archive of memories. They provided the vision and a soundtrack of a time of enormous change, for cycling – and for many who would come to learn about races like the Tour de France.

I’ve re-watched these recordings so many times, seeing or hearing something new in each viewing, that places I’d never been to and people I’d never met seemed familiar.

The Channel 4 broadcast of the 1987 Tour de France is what really started it for me, and I’ve not stopped watching since.

I can still hear the crackling call of Phil Liggett and smile at the memory of his excitement upon sighting Roche coming around the corner atop La Plagne. Sounding like he was trapped in a phone box somewhere in the Alps, he described the scene, built the hype and turned cycling into something magical, memorable, and inspirational.

It was a pivotal time for the globalisation of cycling. Had an Irishman not won in 1987, and had a Brit not called the action, explained the scene and built the hype, who knows how long it may have taken for the Tour de France to gain mainstream traction in the English-speaking world? 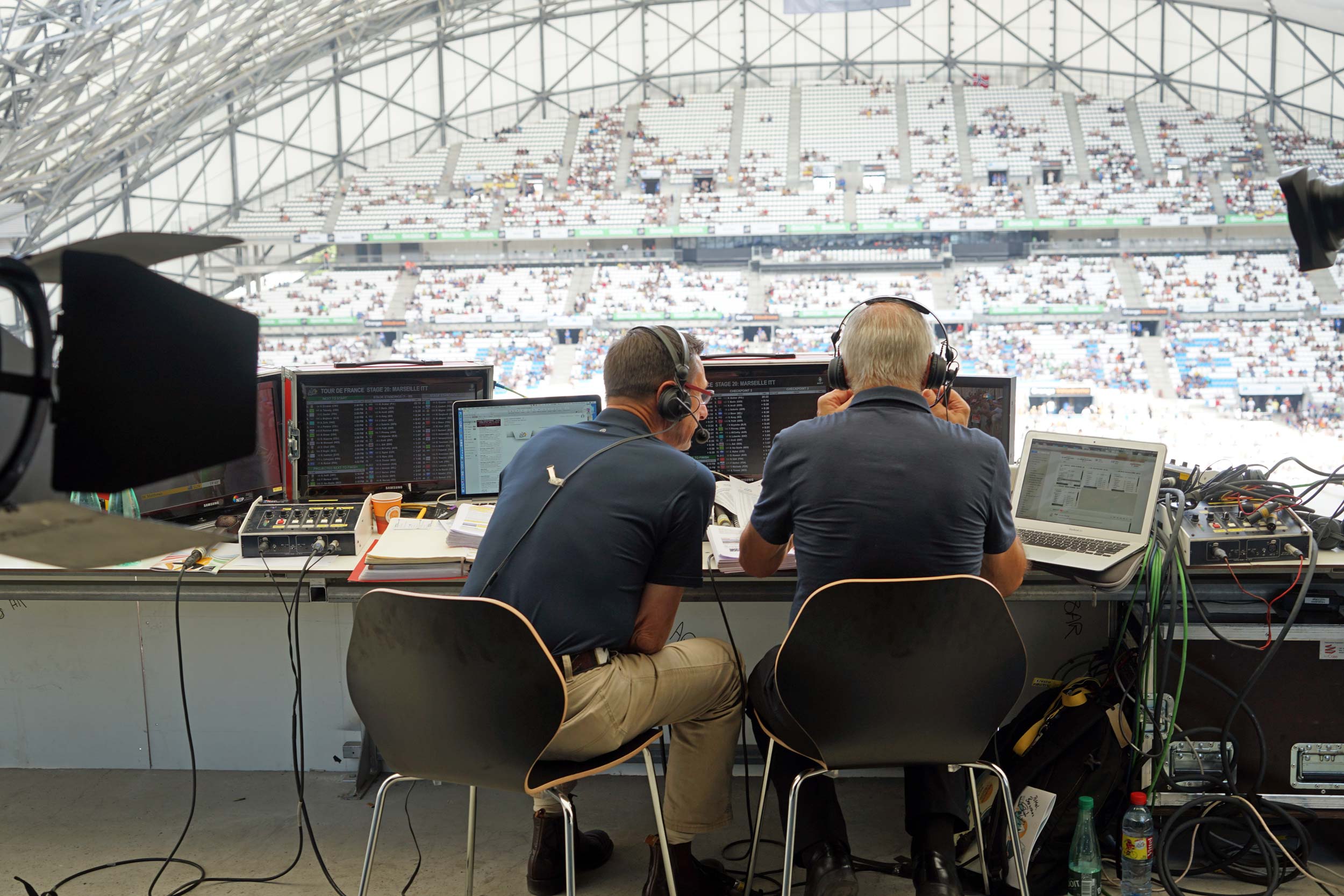 There were riders other than Roche and commentators other than Liggett. And in the years that followed a formula was found that helped bring cycling into the living rooms around the world. Paul Sherwen became Phil’s off-sider and that’s how it would be for 33 Tours de France.

Phil and Paul, they were always there, even after the international broadcast switched to two Australian voices a couple of years ago. Phil and Paul, it was an enduring partnership that introduced many to the beauty of cycling… and it seemed as though it would last forever.

But on 2 December 2018, it ended: Paul died of heart failure at the age of 62 while sleeping at his home in Uganda. And tears fell across the cycling world. 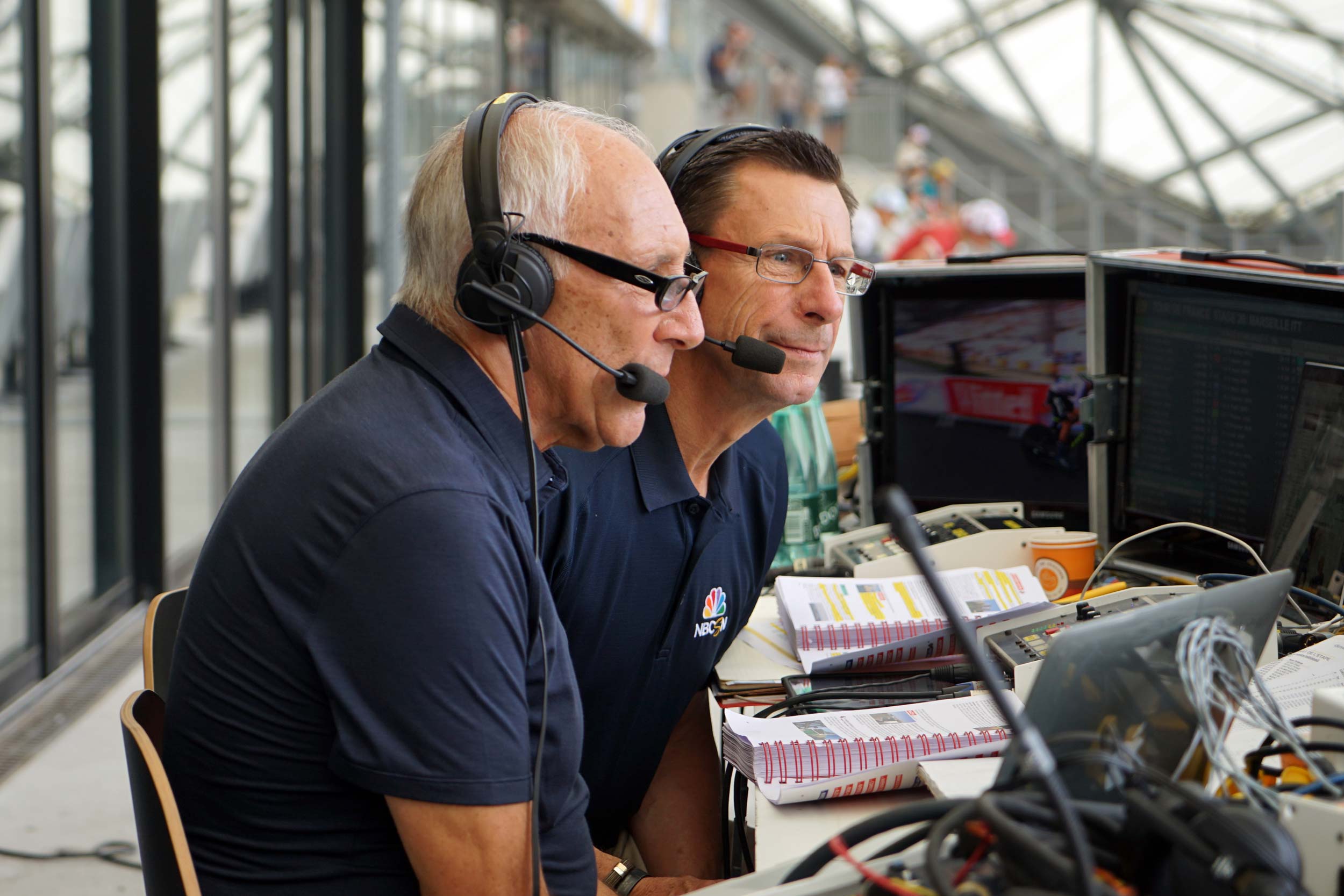 You didn’t have to know Paul Sherwen to like him. He was a larger than life character who was welcoming on screen, offering anecdotes of his racing days or explaining tactics and locations that were beamed through our televisions.

He found expressions that he liked and issued them often. Anyone who watched cycling in English over the past 30 years would be able to recall one turn of phrase or another that he used. There’s no need to list them here, you can hear them already, can’t you? They echo in your mind and, in 2019, bring a smile to your face as you remember those distant days when the images of cycling lured you in, and the soundtrack of P&P gave you company.

You didn’t have to agree with Paul Sherwen to be friends with him. He liked to argue a point but always did so with a grin and good humour. He would listen to feedback, offer you a seat, a glass of red, and a chance to talk about the expressions he used, the pronunciation of names, the tactics in racing… After a few minutes, you’d be laughing together – him the jester, you the audience.

It never took him long to reach a punchline. There were many in his repertoire, but he didn’t mind experimenting with a joke or an anecdote. Inevitably, you’d end a conversation with him being more informed and feeling happier than before.

You didn’t have to meet Paul Sherwen to know he was a good bloke who had endlesss energy and time for everyone. 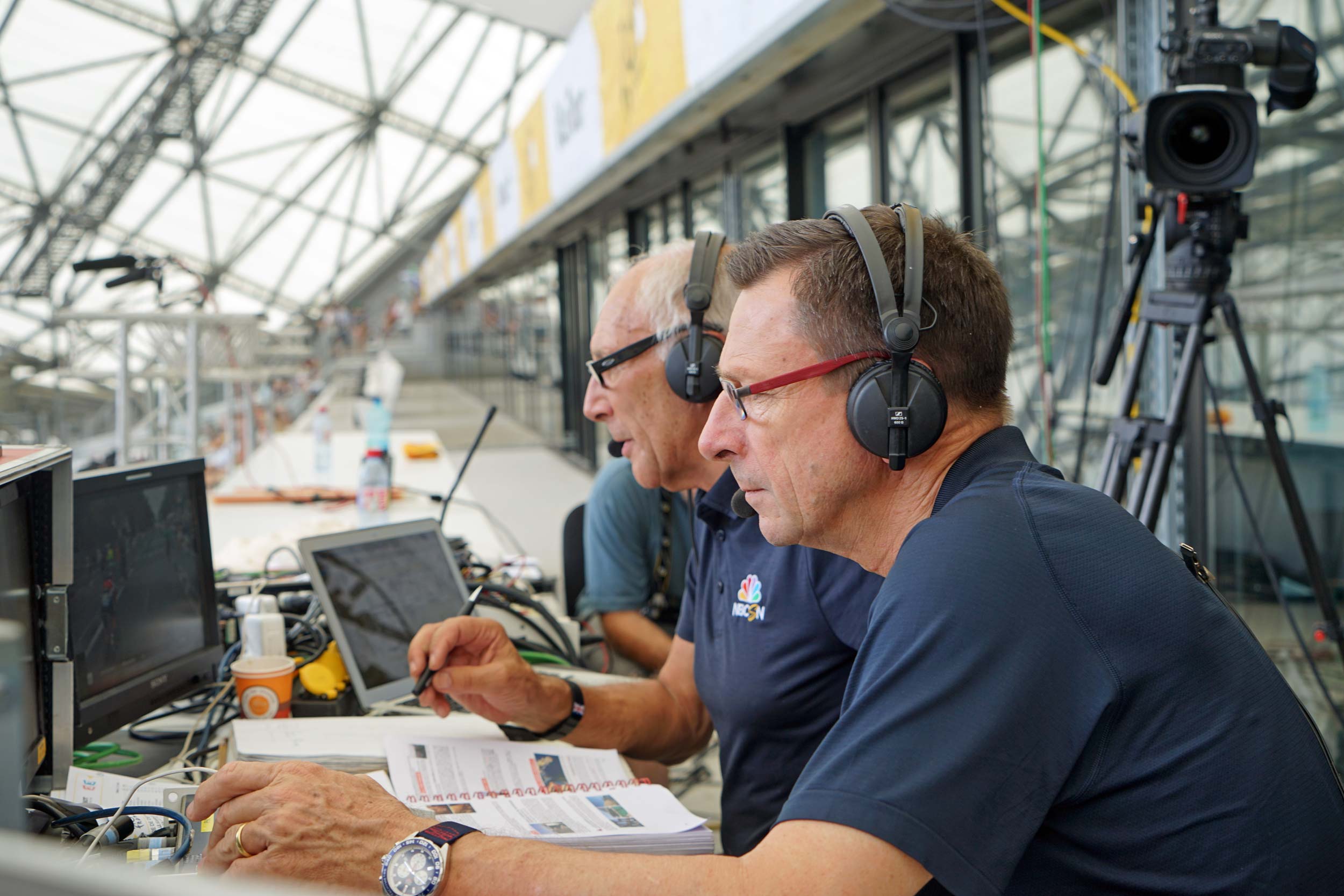 Paul Sherwen had many qualities and, as we approach the first Tour de France in 40 years without him*, we are reminded of his many legacies.

He paved the way for others as a rider and commentator.

He was passionate about many things: his life in Africa, his family, his numerous side-projects… and, of course, his cycling.

People know more about the Tour de France and bike racing because of Paul Sherwen.

We won’t hear him call the action live [anymore] but, in one highlights reel or another, his voice will return to our living rooms and transport us to another time and place.

Cycling is different now to when Paul first joined Phil in the commentary booth. It has evolved to the point where English-speaking riders are no longer on the periphery: American, Australian and British riders have all won the Tour since that Irishman in 1987 and each of them will say the same as you and I: that Paul Sherwen helped them find the love of cycling.

We miss him dearly but won’t forget the many contributions he made: the races he rode, the stories he told, the friendships he formed… and the energy he always had. Paul, the Tour is different without you and I hope you’re enjoying the view from above.