Michelle Ferris raced, essentially as a pro cyclist, for 15 years but it was “never about the money” – she hardly made any. But she is a genuine pioneer for the sport in Australia.

“Cycling certainly wasn’t my bread and butter. It was something that I loved. I certainly didn’t do it for the money, because there was no money. I don’t know if it had a lot to do with the fact that I’m a female, whether I wasn’t the look that people were looking for, you know? I am the stockier, short-haired lesbian – you know, not everyone is looking for that to market their product, especially back in the day.

“But I wouldn’t change a thing. I would do it all over again – because I loved it.

“It was difficult to have that period after [racing] where I hated [cycling] because I did love it.

“And it’s nice now to have that love again.”

Michelle Ferris would have prospered in the media had her career been 20 years later. She was an impressive athlete with a determined character and the courage of her convictions.

She battled against a coach and the circumstances of her time and, for many years, she held bitter resentment to the sport because of the treatment of early women AIS scholarship holders and the way her racing days came to a grinding halt.

That anger has abated. She received an apology from Charlie Walsh a few years ago, when he admitted that he should have been more wary of her wellbeing, and that has helped her move on.

Michelle is now a happy parent who is still heavily associated with the cycling community. She continues to ride bikes – because she loves it – and there is no resentment for many of the things that used to upset her.

These days she finds most of her cycling joy in mountain biking and, at 42, she is looking at ways in which she can help encourage more people to ride.

A sprinter with a fierce turn of speed, Ferris was a racer who was ahead of her time. She endured conditions that would shock athletes of today and although it wasn’t pleasant at the time, she is grateful for the chances she was given.

If you’d like a refreshing look at a most interesting cyclist, take a moment to watch this interview and understand a little about what it was like for a young women racing in the 1990s and early-2000s. And take heart in the way in which Michelle talks about one of the true passions in her life.

Cycling isn’t everything to her in 2018, but it is still a big deal.

Tomorrow Michelle Ferris will be inducted into the Cycling Australia ‘Hall of Fame’ at a luncheon in Melbourne. This video gives you a little background on what she was like as a racer and how she has grown into life after a competitive career. 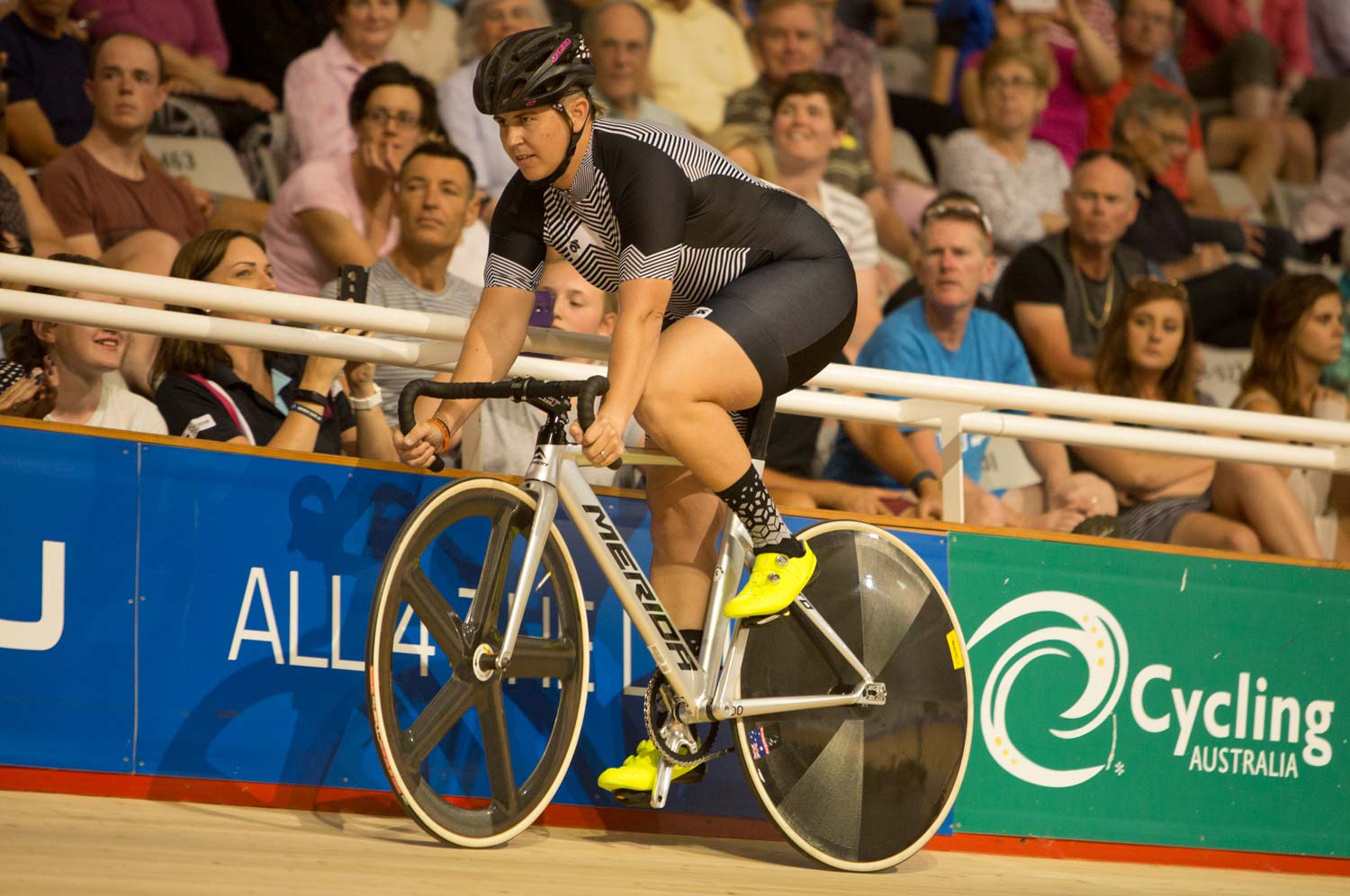 Michelle Ferris (above) was one of many who returned to the track for a special night of racing early in 2017 as part of a charity to raise funds for her former coach, Gary West.