One of four riders to represent Australia at the 2018 track worlds is Callum Scotson. The 21-year-old has also been selected for the Commonwealth Games in April. RIDE spoke to him about a range of topics earlier this year…

He’s only 21 so it seems odd to think that Callum Scotson has been representing Australia for so many years already. He didn’t contest the final of the team pursuit at the most recent Olympics but he was in Rio and he had been on the podium as world champion earlier in 2016.

The younger of the two Scotson brothers who are professional cyclists now races with the Mitchelton-BikeExchange team in between appearances in national team colours.

Later this month, he’ll be at the track worlds in Apeldoorn racing alongside Cam Meyer in the Madison before returning to Australia and joining 35 other Aussie cyclists at the Commonwealth Games in Queensland.

RIDE spoke to Callum in January to find out how he finds it mixing road and track, what it’s like to race a 3:52 team pursuit, and how it is to compete in Six-Day races and the Madison with someone like Meyer.

To watch RIDE’s interview with Callum Scotson, click the image above.

He says he doesn’t find it too hard to adapt to the change from road to track but admits that his current focus on being good for the Madison has come at the cost of the kind form required to race team pursuits.

His world championship conquest came in London in 2016 when he scored a rainbow jersey along with Jack Bobridge, Luke Davison, Alex Edmondson, Michael Hepburn, Alex Porter, Sam Welsford and his brother, Miles.

It’s clear that Scotson is destined to be in this cycling game for many more years. He enjoys his sport and the success that’s come early but his career is really just beginning.

There’s a few big events on the schedule in 2018 and an even bigger one looming in 2020. Expect to see more and more of him as he races towards the Tokyo Games in a few years time. 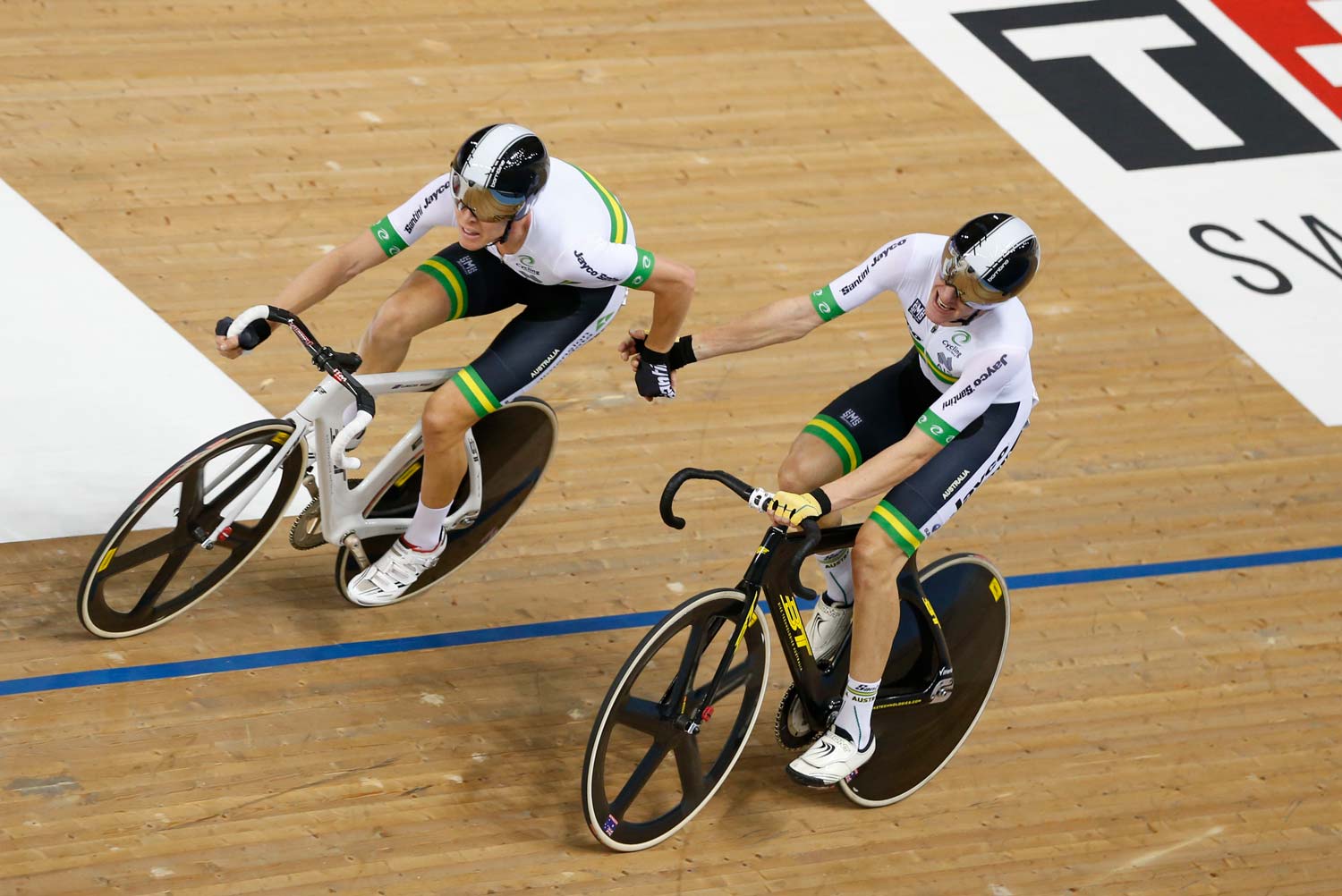 Cam Meyer and Callum Scotson have raced several Madisons together in the Australian colours (above); their first win as a partnership was the Six-Days of London in 2017 (below).

The Madison will be back on the Olympic program in 2020. Scotson and Meyer are vying for the spots on the Australian team for Tokyo. This is an event that requires a mix of endurance and sprint speed, as well as technique and tactics.

Scotson explains that he’s learned a lot by riding with Meyer and the pair seem to have the blessing of Cycling Australia and the high performance unit staff. It helps that their skill set suits a range of disciplines and we’ll watch with interest to see how the partnership develops. 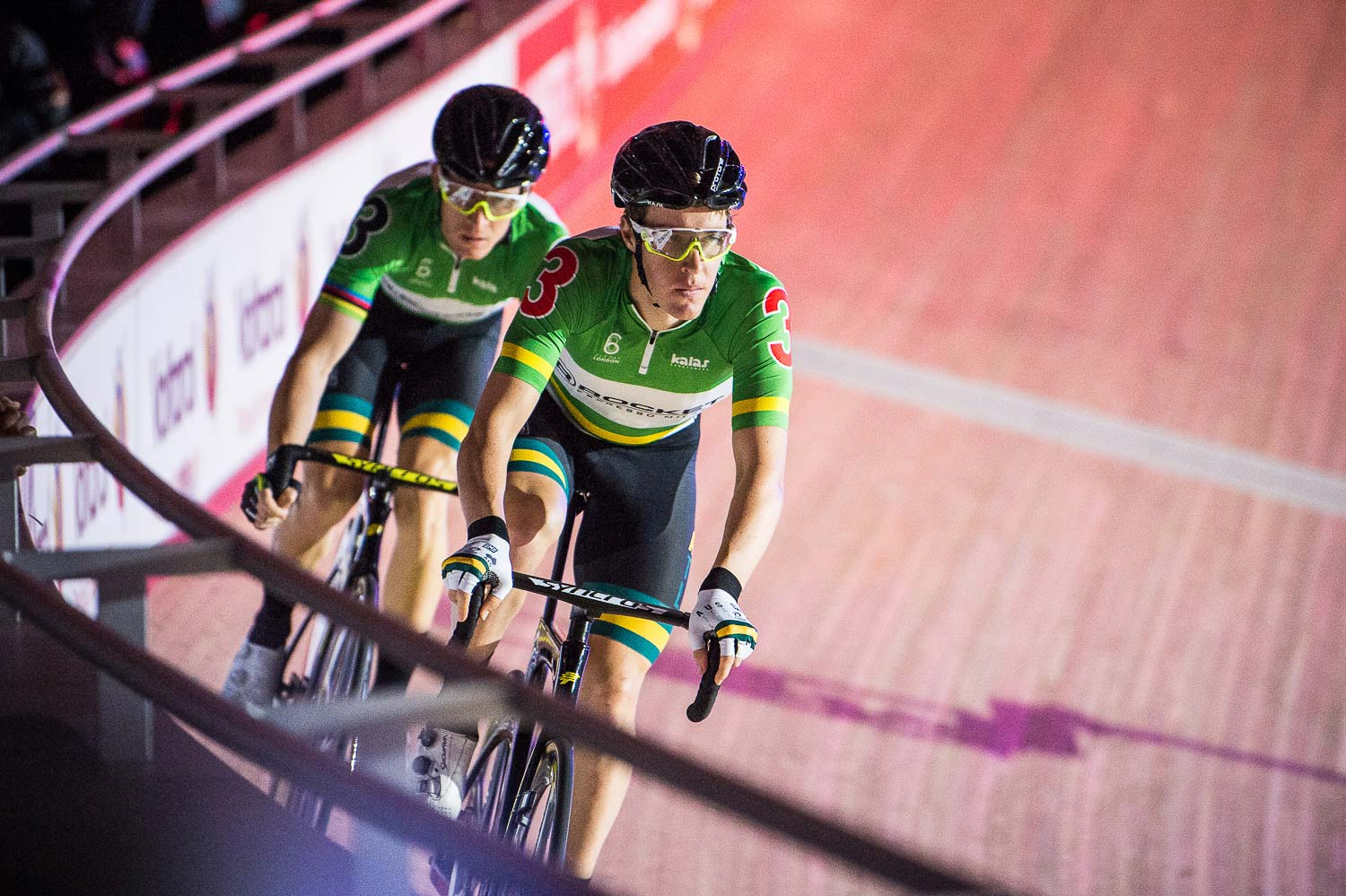