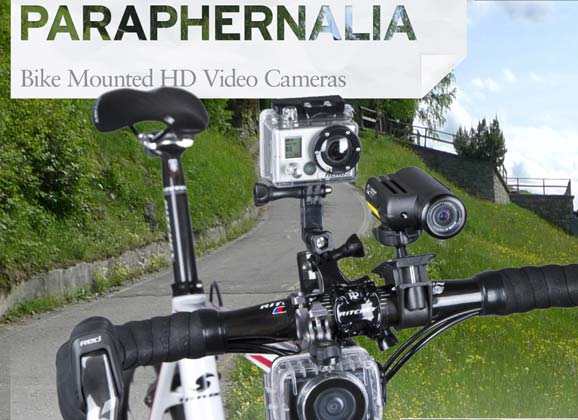 The technology exists to make cycling coverage far more compelling than it already is but it’s not being exploited like it could be. Why? 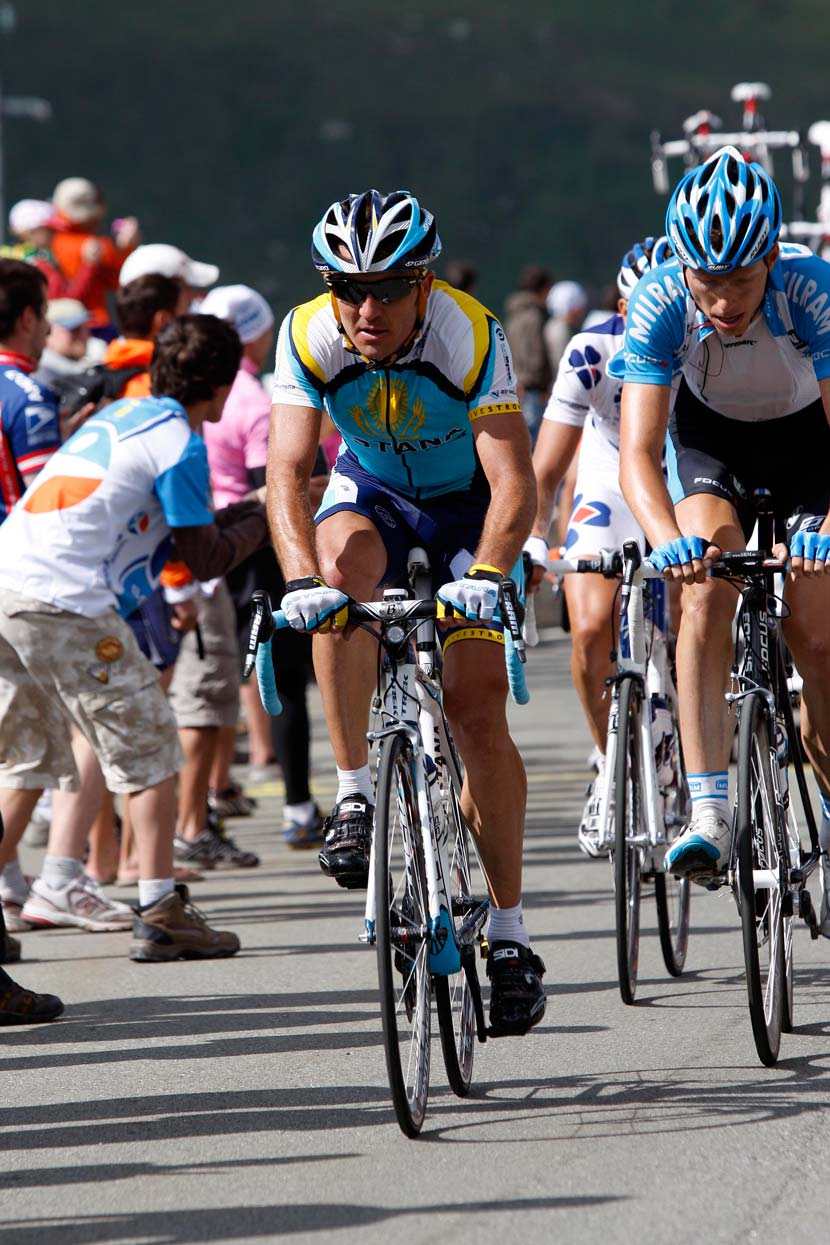 I spy with my little eye, something beginning with ‘C’… Yaroslav Popovych captured action from the 2009 Tour de France with a camera mounted underneath his stem. Used in The Armstrong Lie, the footage is a rare glimpse from inside the peloton of the world’s biggest bike race.
Photo: Yuzuru Sunada

Tapping into technology for the full broadcast experience


Imagine watching a Formula-1 race without onboard cameras, or a MotoGP with images only from the trackside… surely ratings would dwindle and there would be an outcry from the fans. For decades the broadcast of motorsport has been boosted by cleverly positioned cameras. We get to see passing manoeuvres that are so close they make you squirm. We appreciate the skill – or daring – of Valentino Rossi because we get to see even more than he can. There is footage from almost every angle – but in cycling it’s non-existent. Why?

The president of the UCI recognises that changes should be implemented to improve the quality of broadcast of cycling but, to date, the regulations imposed by the sport’s administration limit this possibility. Still, Brian Cookson also notes that, “It’s impossible to ‘uninvent’ technology”.

Speaking to RIDE last September, Cookson expressed an interest in changing the rules to allow onboard cameras to be part of the pro peloton.

“I don’t see why that can’t happen,” said Cookson about the possibility of putting cameras on bikes inside the pro peloton. “I think it should be allowed to happen.”

At the end of a recent podcast with SBS, I reiterated a point that has been raised on a number of occasions when discussing the future of cycling broadcasts.

“If there’s no broadcast of women’s races, except for the world championships and Olympic Games,” I say at the end of the chat [around the 40-minute mark], “that means there’s nothing on television which is the point that [the UCI] is trying to improve right now. So, that’s to say that a delayed broadcast would be better than no broadcast… what would be a great alternative is to have some kind of product symposium where you start integrating GoPro style cameras into helmets and stems and seatposts… and even if you can’t do the relay [for live coverage] then let’s bundle it so that you get some footage from X [number of] riders in every team of every race and make a highlights package… create a broadcast that is, in fact, not live but a great insight into the peloton with on-bike cameras.

“You change the legislation so that the UCI actually allows [riders] in the peloton to carry cameras… and you get footage that is unprecedented in cycling. You could make the most amazing in-race coverage.

“I just want cameras on bikes,” I conclude. “I think that’s going to change cycling in the wider media spectrum.” 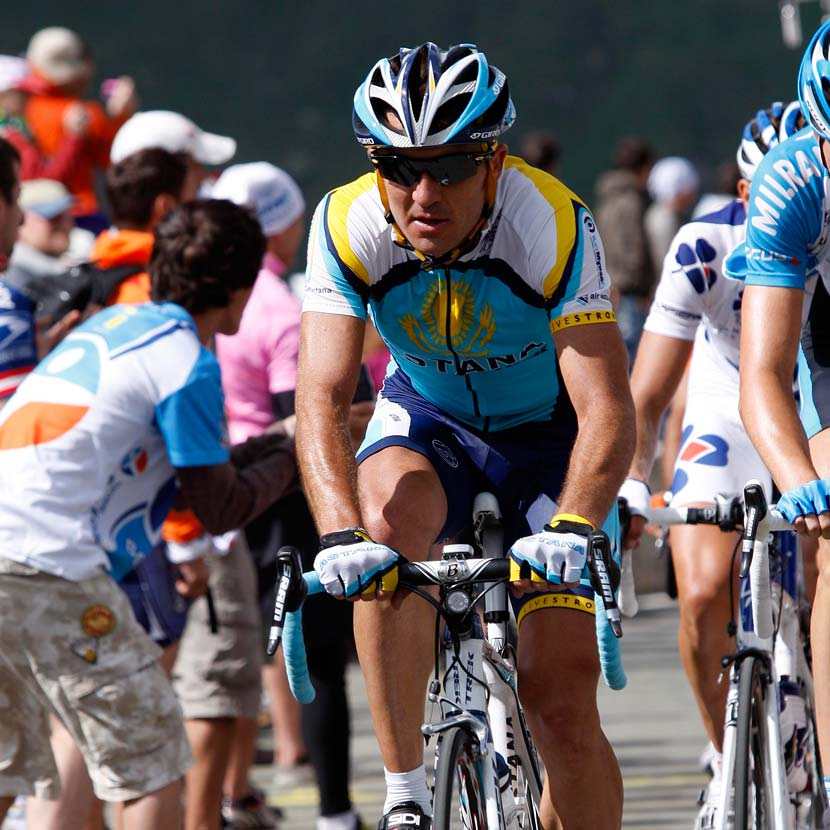 It’s been happening for years already but only in a clandestine manner. Mark Renshaw explained that he had a GoPro camera attached to his bike (underneath the saddle) for the final stage of the Tour de France in 2009. “Unfortunately it fell off before the finish,” he lamented. Herein lies one justification for the UCI’s current stance: there is a liability… of sorts. The device can fall. Like the camera technology itself, however, the mounts are also improving dramatically in recent times.

It’s been almost five years since HTC-Colombia’s attempt to capture the action of the final stage of the Tour and in that time there has been a proliferation of camera systems that make what was once high-end broadcast technology available to the masses.

The release of The Armstrong Lie reveals that film makers have been prepared to risk fines in favour of getting some footage. There are a few scenes where an onboard (handlebar mounted) camera captured images from inside the peloton. The bike in question was a Trek, the team was Astana, and the rider was Yaroslav Popovych. He didn’t use it for every stage and he seemed to escape detection by the scrutineers (if they even actually bothered to look for cameras) and the footage is excellent.

Okay, it’s far from live but it brings the viewer closer to the action than ever before so who cares if it’s a delayed edit?

“I think the technological potential now for on-bike cameras and so on is absolutely amazing,” agreed Cookson during our discussion. “What could be more exciting than a handlebar camera on Cav’s bike in a bunch sprint? I think I’d be watching it from behind the sofa with my hands over my eyes to be honest.” 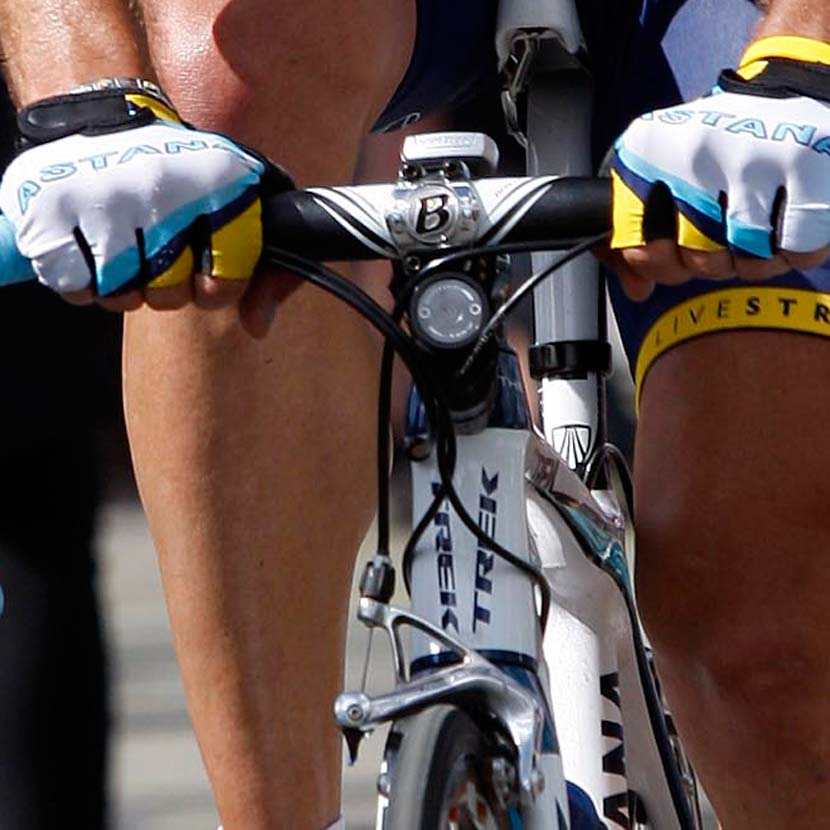 It’s been happening for years in almost every other sport but cycling is slow on the uptake of some technologies. We can buy bikes that weigh less than 6kg and, in the pro peloton, mechanics have to add ballast to bikes to get them up to the UCI’s minimum of 6.8kg. Why not allow that extra weight to come in the form of a camera?

There are sunglasses with high definition cameras built in. There are mounts for handlebars or stems or helmets or saddles. There are numerous companies vying for the segment of the market place that is keen to capture the action they enjoy during their time on the bike. There are broadcasters that would like to show cycling from another angle. There are teams begging for a share of the broadcast revenue. There are races taking place that virtually no one gets to see. All this can change with a fresh approach to the use of cameras in cycling.

From RIDE #57 (September 2012): GoPro, Swann and Contour are some companies creating cameras for bikes (below). Sony has also recently entered the market and there is sure to be vast improvement to an already impressive range of products that help us all capture cycling action from every angle. 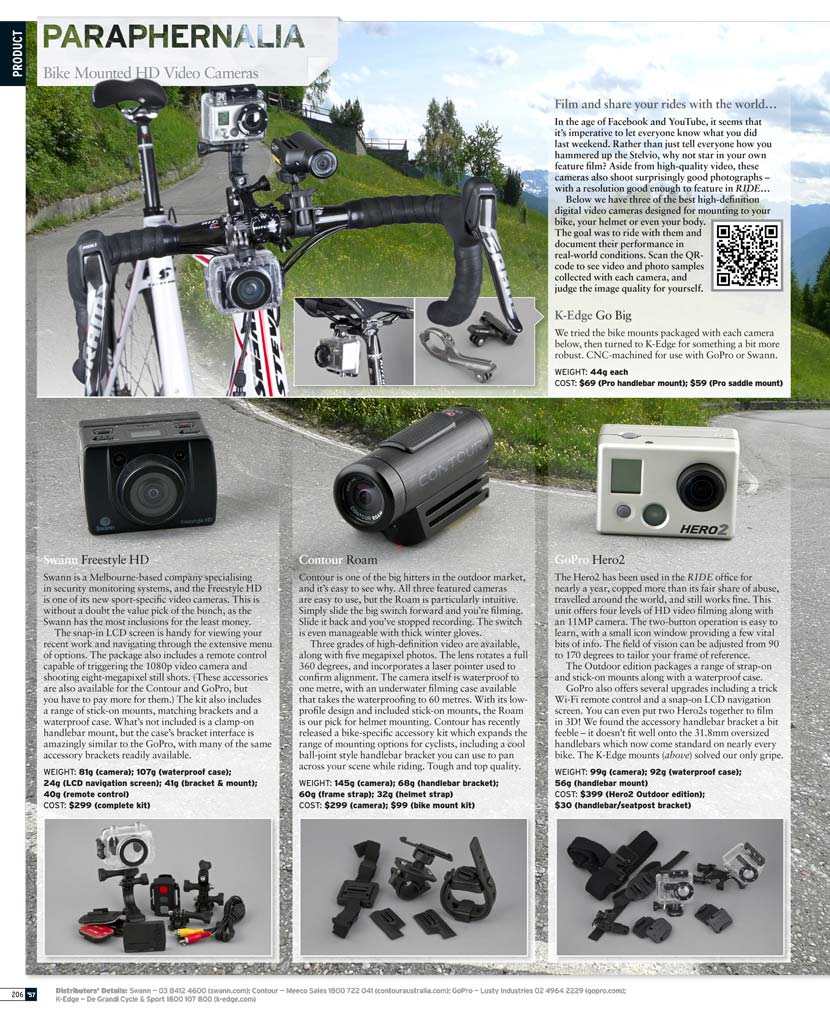