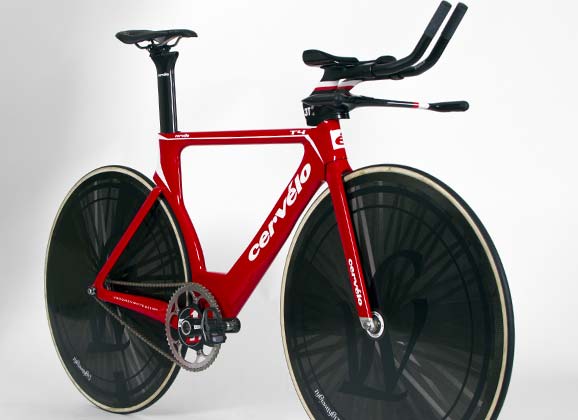 Not since 2009 has Jack Bobridge worn the green and gold colours of Uni SA at the Tour Down Under. The wunderkind made headlines that year, displaying his exuberant talents with a series of punchy attacks resulting in courageous near misses. Alas, his road racing career has been slightly underwhelming since, Jack having only won two open road races as a professional (including the Australian national road championship in 2011) – until yesterday’s perfectly-timed execution. (Read RIDE’s Stage One report.)

But the road is not where 25 year-old Bobridge has been setting his sights. On the 31st of January, he will return to the track – an arena in which he is a world record holder and multiple world champion. He will attempt to break the repopularised hour record. RIDE took a close look at his weapon of choice for the sixty-minute sufferfest – a Cervélo T4 ahead of the Tour Down Under’s opening stage.

Bobridge’s Cervélo is nothing out of the ordinary. It uses the manufacturer’s colour scheme (presumably because red is the fastest), and has been built with parts that are available to the public.

Lightweight discs front and rear will cut the wind, the 1/8” Izumi chain will easily withstand the strain, and his Selle Italia SLR saddle is a classic.

The bike is set-up with 3T Aduro bars to put Bobridge into his most efficient position. They are fabricated exclusively for Cervélo’s P5 TT bike but also fit seamlessly into the T4.

The pad position, whilst relatively high when compared with other pros, is a height option available from Cervélo. Interestingly, Bobridge has opted to use TransX aluminium extensions. These are inexpensive but have a preferable bend and can cope with the astoundingly narrow width Bobridge chooses to hold onto – they are a mere 38mm apart. He is using the adhesive ‘sandpaper’ to ensure a consistent grip throughout the ride.

Bobridge will be rolling on a pair of the not-yet-available custom FMB tyres and will swap his Campagnolo SRM to a Campag Bora TT crankset (175mm) because the UCI prevents the use of power meters in the hour event.

And the ratio? Well, that is a bit of a secret but rumour has it Bobridge may ride with a 55-14t. 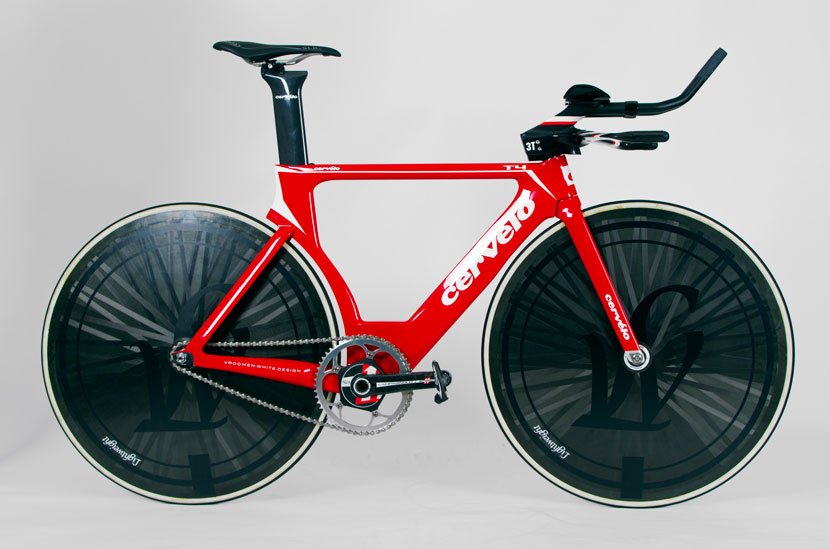 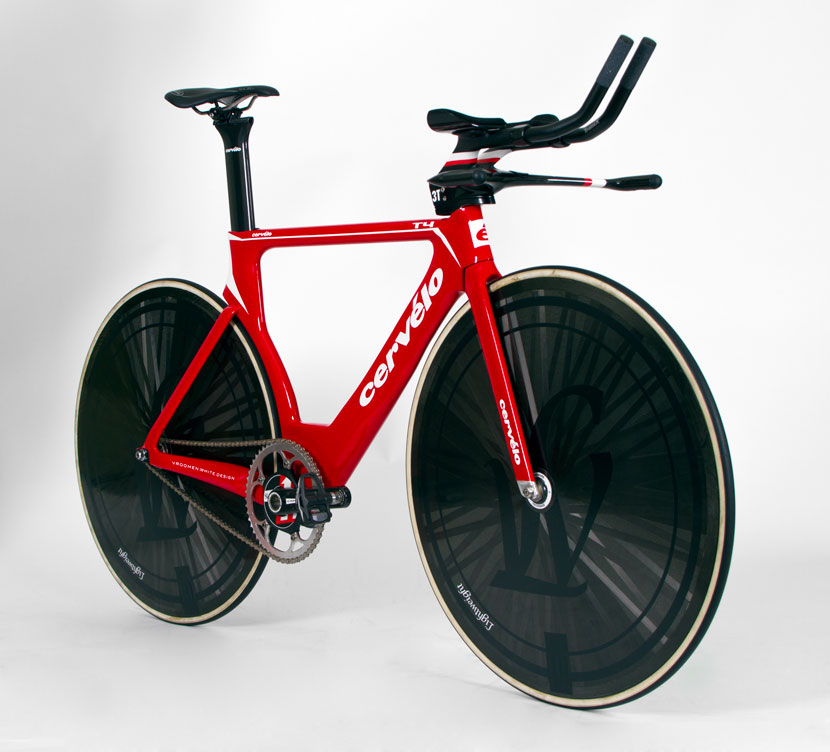 The bike is designed to cut the wind, but is also quite comfortable with just a 10cm drop from saddle to elbow pads 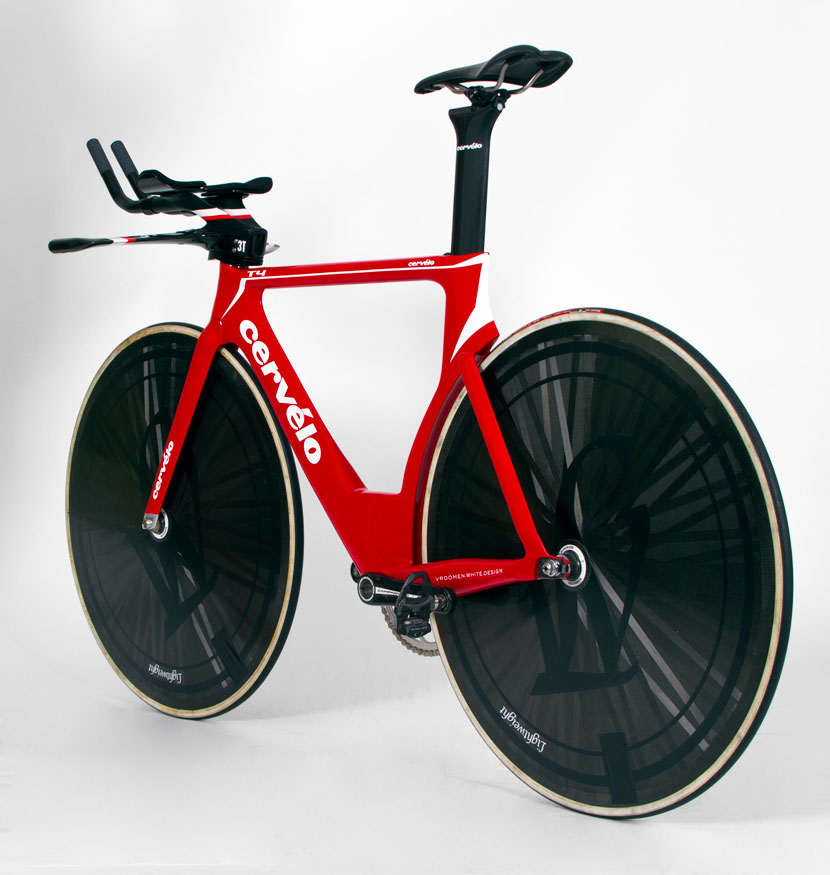 Despite appearances, the tip of the saddle is only 50mm behind the bottom bracket. 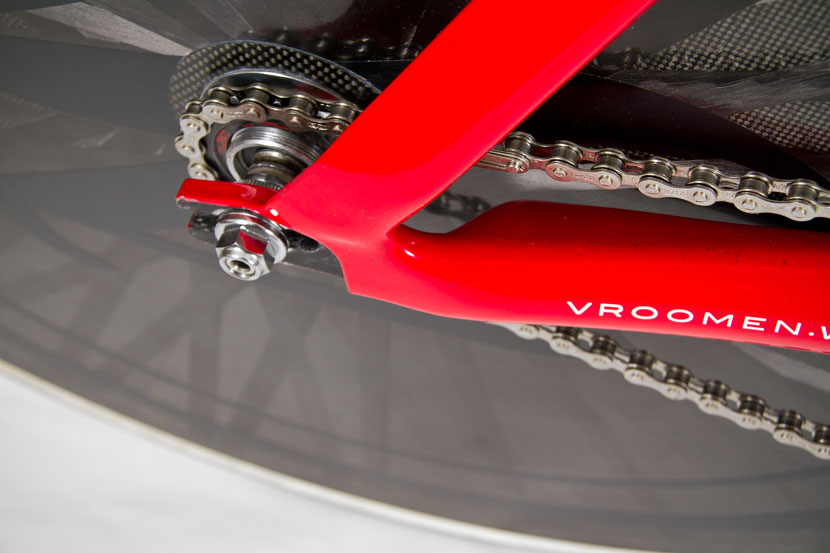 Bobridge will be using an 1/8″ Izumi track chain during his ride. It is likely he will ride with a 55-14t ratio. 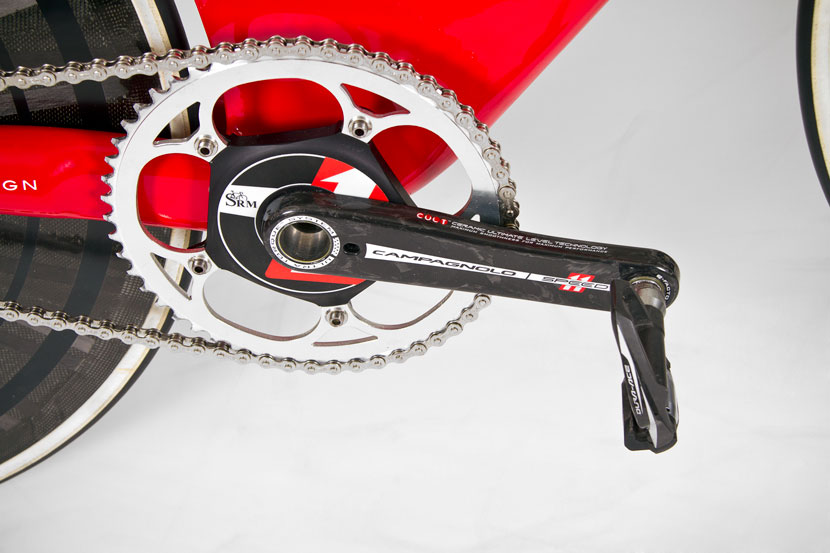 The power meter is used for training but is disallowed when the clock starts. It will be replaced with a Campagnolo Bora track crankset. Shimano pedals with Campag cranks is not something we would see if Jack were still riding for a World Tour team. 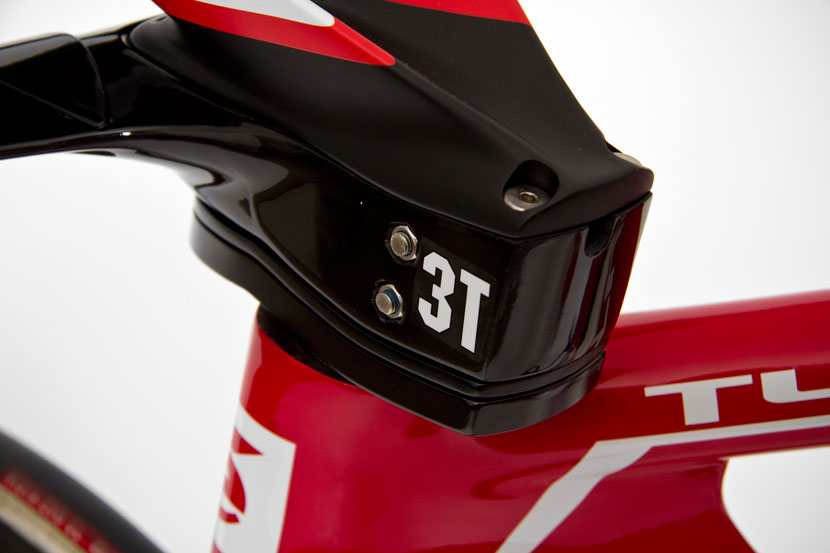 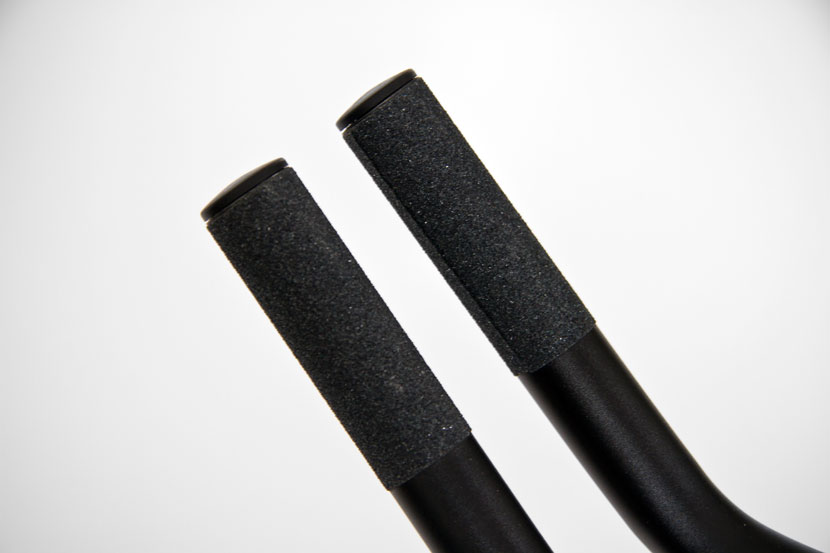 Bobridge will ride with his hands only 38mm apart! 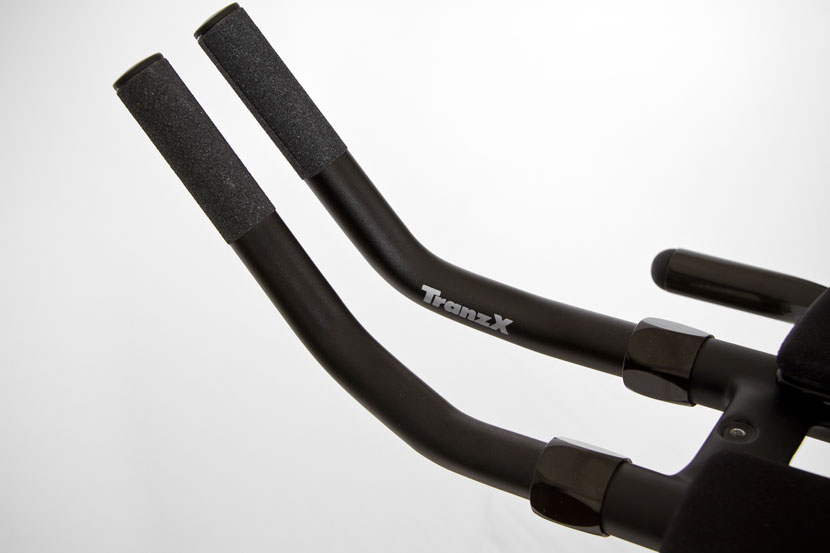 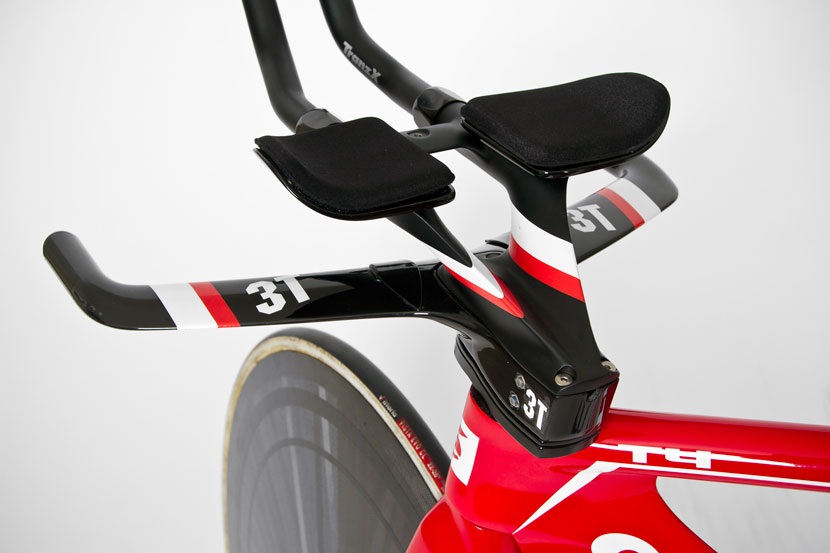 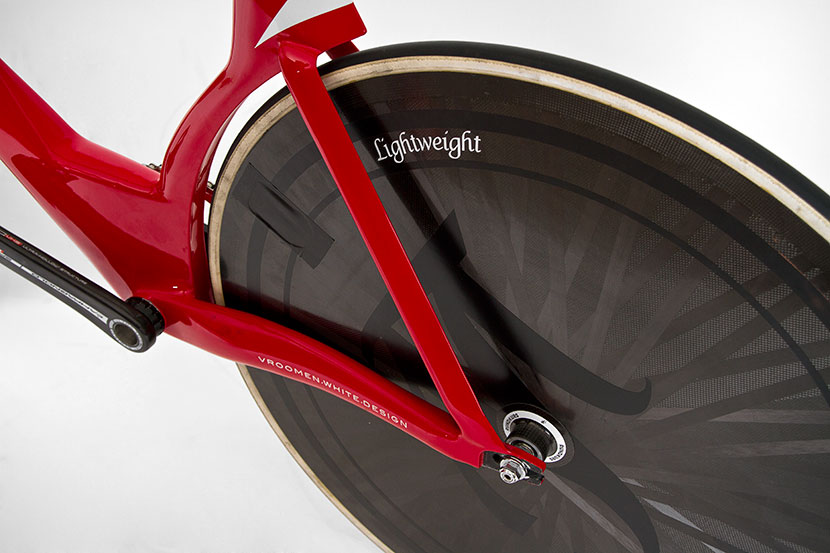 The gap between tyre and seat tube will be tighter come race day.