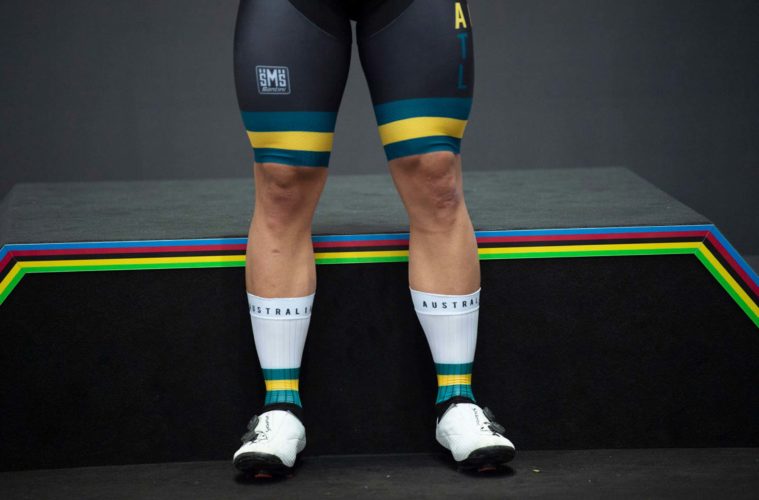 10 points about the AusCycling proposal

The time has come to talk through a few matters relating to the AusCycling proposal that is sparking much discussion in cycling communities around Australia.

There has long been a need for the way cycling – and cycle sport in particular – is managed in Australia. There is an opportunity for change. We should consider it.

That’s a brief overview of the state of play in what has quickly become a heated debate about the proposed AusCycling governance model.

At the core of the proposal is an amalgamation of multiple disciplines of cycling in the hope that it will result in a stronger voice in the broader sporting community and encourage more people to ride.

Of course, it’s complicated and there are complexities to consider that people are going to disagree on, but the discussion has begun and the opportunity to effect change has been presented to cycling clubs around Australia.

I have been professionally involved in cycling for almost 30 years and it has been encouraging to witness strong growth for the activity in Australia during that time but it’s also impossible to ignore the decline in interest for racing.

There’s more to cycling than competition. My competitive riding years are behind me, but I’m still on the bike almost every day. Riding has always been a big part of my life. It’s something I cherish doing and have long encouraged others to try.

There are many benefits to cycling and one of the reasons I established RIDE Media was to establish a platform where I could share the enthusiasm that I have for it with others.

There is a strong community of likeminded people, who rally together and support one another all because of a common thread, the love of bike riding. But in recent weeks there has also been considerable angst in the community.

AusCycling has been the catalyst for some healthy discussions but also some rank behaviour. There are myriad views but by now most have established which side they are part of: ‘yes’ or ‘no’.

Do we boldly accept an untested concept or hold the status quo? That’s what it boils down to. There’s a chance for change. Are you in or out?

Yes or no: what is your answer?

After much consideration and hours of dialogue with many of those involved with the proposed changes to cycling administration in Australia, I’m formalising my stance by offering an endorsement for AusCycling.
– Rob Arnold, RIDE Media

There’s a considerable sequence of events that led me to my conclusion. Some have taken the time to explain their decision and Ag Giramondo, the president of the Brunswick Cycling Club, presented one of the most considered overviews at the beginning of November.

I encourage anyone with queries about AusCycling to read Giramondo’s summary. He too was originally resistant to the idea, particularly the scrapping of a federated governance model, and other significant elements to the proposal, but he’s reached the conclusion that the changes will ultimately be beneficial for cycling in Australia.

“Our decision is a considered one and we took our time because of our deep and unflinching love for our sport,” concludes Giramondo. “It is a detailed statement but as custodians of the club, the committee is dedicated to our members and friends and thought the journey to get to where we are needed to be outlined and shared.

“As a club we are inclusive of all cycling and we look forward to being an active part of AusCycling.”

Some would like to believe that people who have signed an open letter in support of AusCycling have been corrupted by some dark underbelly of sporting administration, or that there has been an exchange of untold riches to acquire a growing network of supporters.

From personal experience, I can state that this is not the case. I’ve spoken with many “yes” and “no” voters and understand the perspectives presented.

I’ve attended three of the AusCycling Roadshow events: as an observer in Sydney, and as MC in Launceston and Perth.

I’ve invested many hours listening to discussion, reading articles and commentary, and have many thoughts on the topic of AusCycling.

In recent months, I’ve started several lengthy features attempting to explain my feelings on AusCycling but finished none of them. To fully summarise everything would require a long article, one that few would read in its entirety – and one that would probably also prompt another flurry of nasty exchanges that, frankly, I don’t need.

Yesterday, however, I was compelled to fire off a series of tweets to provide an overview of how I see AusCycling as we reach the close days of the voting process. (See below.) It is not a comprehensive summary but there are 10 talking points which highlight my feelings on the proposal.

It is something that I’m passionate about because there is a chance to steer cycling in a positive direction.

My hope is that common sense – and even a bit of courtesy – prevail and that we can ride into the future with a sense of unity and a stronger voice for cyclists in our society.

First up in a series about #AusCycling, an endorsement:
I believe AusCycling has merit and that the concept should be part of how the sport of cycling (and, ideally, other elements too – if that comes to pass) should be managed.

Pt2 #AusCycling:
I’ve been hesitant to endorse @AusCyclingAus without a long clarification, but the reality is best summed up such:
Cycle sport in Australia has been begging for change for decades and now there is an opportunity for a considered, government-backed change.
(Rob)

Pt3 #AusCycling:
Cycle sport in Australia could continue to plod along as it has until now and the slow demise of what is a beautiful thing will also continue.

Pt4 #AusCycling:
The @AusCyclingAus proposal isn’t change for the sake of change, it’s change that should happen to allow cycling to progress, with a stronger, united group of passionate people who all have the same aim: to see cycling prosper.@BMXAustralia@CyclingAus@MTBAust

Pt5 #AusCycling
There has been both healthy debate and gutter trolling from the “yes” and “no” sides.
There is support and disdain for people in the discussion, RIDE Media included, much of it unnecessary, some enough to turn even passionate cyclists away, myself included. (Rob)

Pt6 #AusCycling of
To those suggesting RIDE Media has been corrupted or bullied or bribed by @AusCyclingAus, sorry to burst your bubble: you’re wrong.

Conversely, there have been numerous examples bullying and personal taunts and even threats by some against AusCycling.
(Rob)

Pt8 #AusCycling
I ride as often as I can.
I ride road, MTB, track, BMX, city bikes, eBikes… any bike!
I ride on my own, in groups, with the kids, outdoors and indoors.

I ride because I like it but wish it was easier to do in Australia without feeling so threatened.
(Rob)

Pt9 #AusCycling
I will not be voting on the proposed @AusCyclingAus administration model; I’m not a member of a club. (My kids were, but they allowed their memberships to lapse because they’d “rather just ride dad”.)
But I care about cycling and would love it to flourish.

Pt10 #AusCycling
I’d much rather write about many things relating to cycling other than politics/administration.
I’d rather ride my bike than have an argument.@AusCyclingAus

(I could keep going but 10 points is enough for now, and I like to keep thing metric. – Rob)