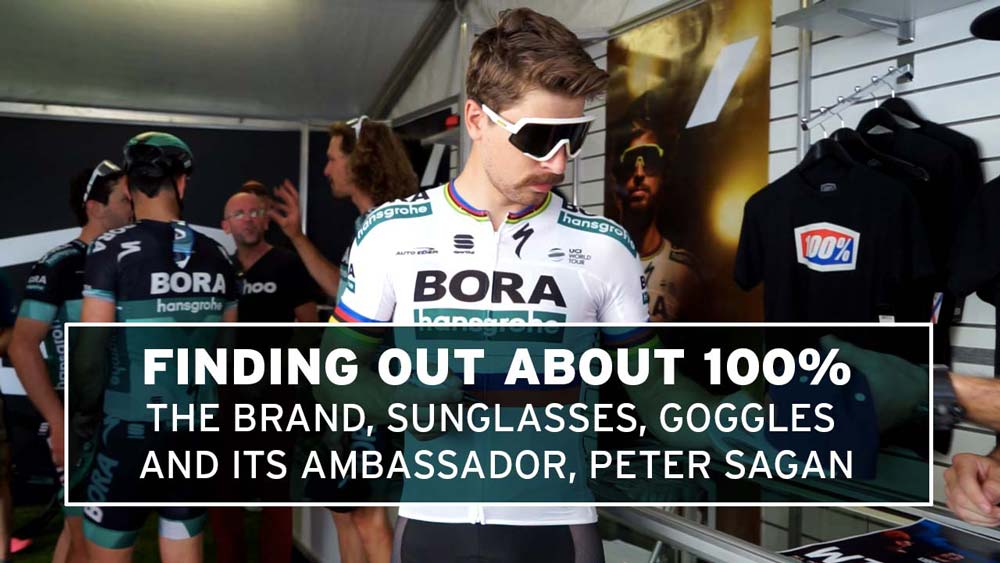 100percent Sagan: the benefits for a brand working with Peter Sagan

After a few short years, 100% is a brand that has infiltrated the cycling market… and it can thank Peter Sagan for most of the exposure it receives.

When Peter Sagan won a stage of the Tour de France in 2016, he stepped onto the podium wearing motocross goggles around his neck. He was the world champion. He would wear the yellow jersey. He would command attention. He would gain exposure… and his sponsors love him.

But the UCI has a rule about the podium protocol that had forbidden sunglasses from being worn by the riders. Sagan, and his eyewear sponsor 100%, dreamed up a way around the regulation.

The 100% logo appeared in photos and footage – and the investment in road cycling from the US company was paying off.

The fourth stage of the 2019 Tour Down Under is sponsored by 100% and, earlier in the week, RIDE Media spoke with the company’s international sales manager, Hervé Orny to find out more about the association with Sagan, products that are suited to road cycling… and we also squeezed in a reference to The Jerk and the “optigrab” for good measure.