The 2020 Giro d’Italia begins in Palermo on Saturday. Team rosters are now being finalised and the provisional start list includes 18 Australians for the second Grand Tour of the season.

There were just two Australians in the first Grand Tour of 2020: Caleb Ewan, the winner of two stages; and Richie Porte, who finished third overall. It was the smallest Aussie contingent in Le Tour since 2001 but their impact was significant.

Now, with only a few days to go before the start of the postponed Giro d’Italia, the provisional start list has been published and there are 18 Australians named for the race from 3-25 October. 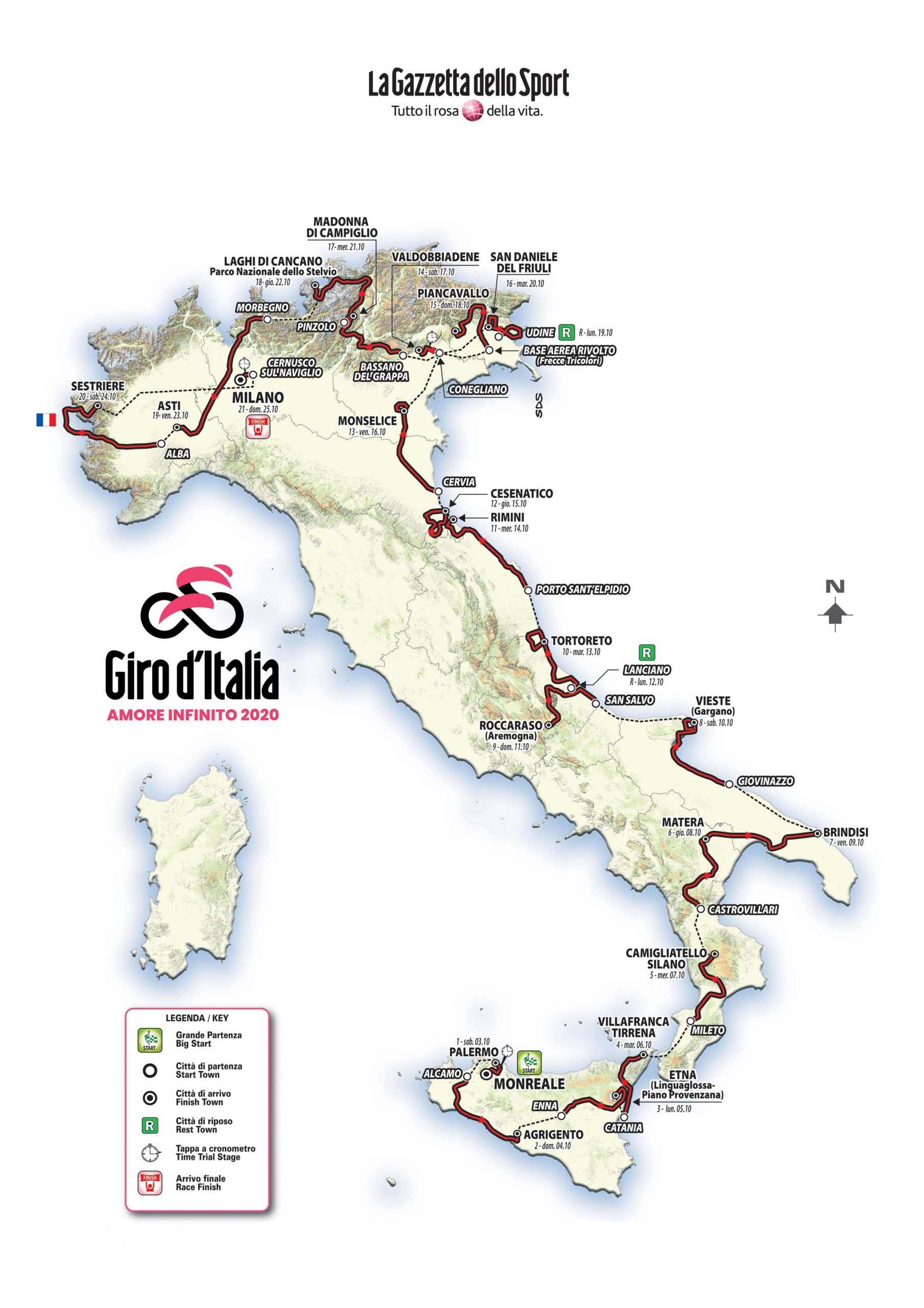 Representing nine teams, the 18 Australians are bound to have an impact on the Giro that was originally scheduled for 9-31 May 2020. The pandemic forced a reshuffle of the dates and, with that, there were several changes to rider programs, resulting in a boost for the Aussie contingent.

Rohan Dennis is one of the headline acts for the Ineos Grenadiers and he’s one Australian who has previously led the Giro. When the Grande Partenza was in Israel two years ago, he narrowly missed out on victory in the opening time trial (won by Tom Dumoulin) but he snatched some time bonuses the next day to inherit the maglia rosa from the Dutchman.

Dennis is one of three Australians to have worn the leader’s jersey in all three Grand Tours: Tour de France (2015), Vuelta a España (2018) and Giro d’Italia (2018). He’s also won stages in each of the three-week races. 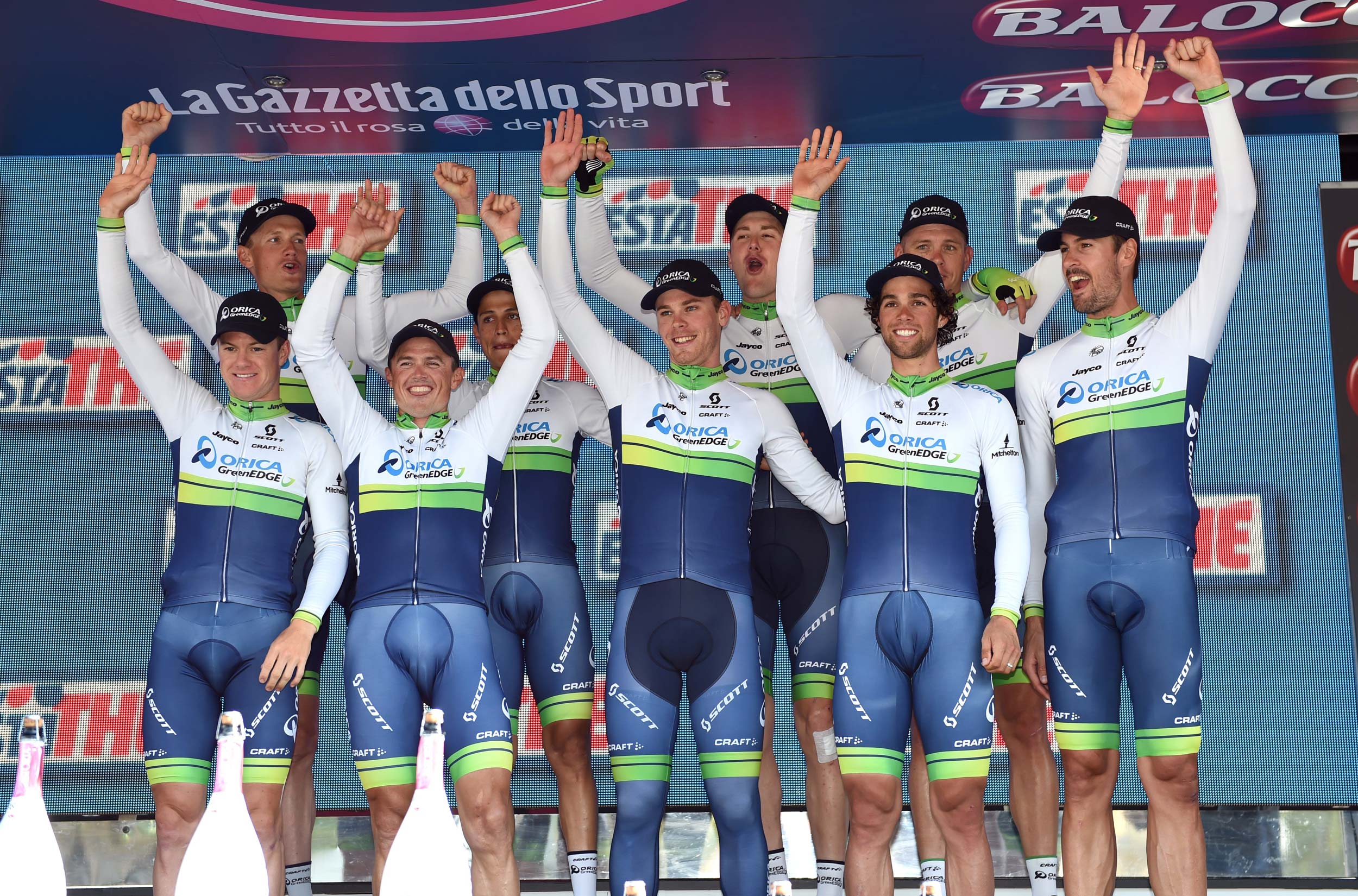 Winners of the opening TTT of the Giro in 2014 and 2015, the Australian ‘GreenEdge’ team will be aiming to win the title in 2020. It’s an Aussie team with four Australians listed as starters in 2020, but Simon Yates will be the team’s leader. (Photo: Graham Watson)

Michael Matthews is another Australian to have worn the leader’s jersey at the Giro. His first stint in the lead of GC was in 2014 when his team at the time, Orica-GreenEdge (now Mitchelton-Scott), won the opening stage – a TTT in Belfast, Ireland. On day one, the honour of leading the team over the line after the collective test was given to Canadian Svein Tuft, but Matthews took the pink jersey the next day and held it through to the end of the first week.

Matthews later won a dramatic sixth stage in Montecassino, relegating Tim Wellens and the first Australian Giro d’Italia leader, Cadel Evans (who pulled on his first pink jersey after stage 16 in 2002) to the minor places.

Matthews returned to the Giro in 2015; again, his team won the opening TTT and, after a day in pink for Simon Gerrans, his younger team-mate took the leader’s jersey. Then, in stage three Matthews won another stage. A day later, another Australian inherited the lead of GC, with Simon Clarke earning a day in the maglia rosa. 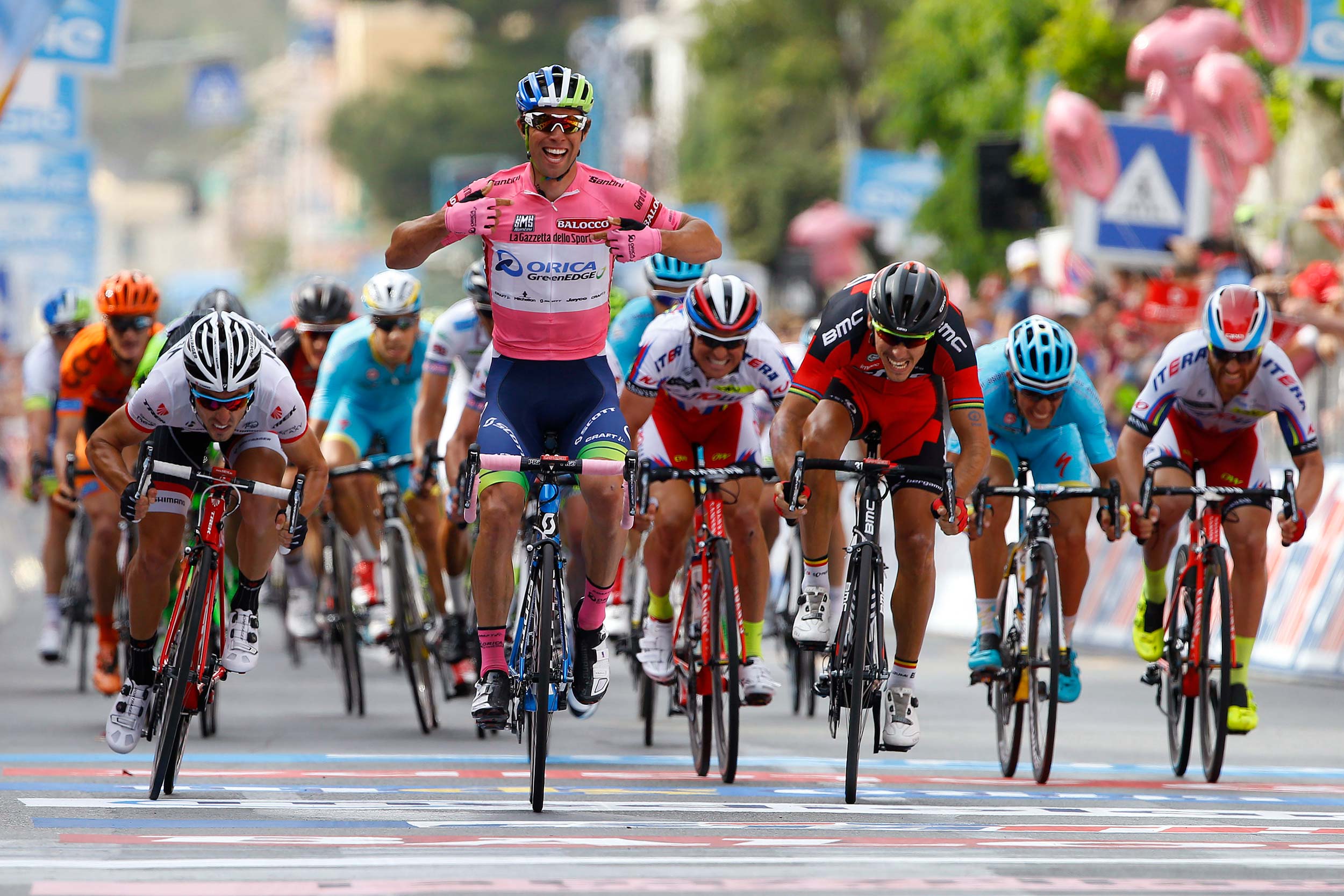 Matthews was originally meant to contest the Tour de France in 2020 but Team Sunweb shook things up when racing resumed after the COVID-19 confinement period ended in Europe. He returns to the Giro for the third time… and he’ll be hoping to keep his run of successes alive in the Italian race.

He turned 30 on 26 September and is fresh off a seventh place in the world championship road race contested 10 days ago.

To date, 15 Australians have won at least one stage at the Giro d’Italia and the 18 on the provisional start list are all capable of scoring some success again in 2020.

As was the case in Le Tour (29 August-20 September 2020), the Australians starting the Grand Tour are bound to have an impact.

The race will mark a return to Grand Tour racing for the record holder of successive starts in three-week races, Adam Hansen. The 39-year-old veteran was named as one rider who will not have his contract renewed by the Lotto-Soudal team in 2021 so don’t be surprised if he races as though he has a point to prove.

Hansen has won a stage of the Giro in the past and it’s not beyond the realm of possibility that he’ll win a stage again in 2020… the same could be said for almost all of the 17 riders listed above. It’s a significant national representation and each of the Aussies has qualities to do more than just make up numbers in the coming weeks.

One big change from the Tour to the Giro is the presence of Australian riders on the roster of the Australian-registered WorldTour team, Mitchelton-Scott. In August and September there wasn’t a single Aussie in the line-up but in October there’ll be four, including the national road race champion Cameron Meyer. Still, the roles of Meyer, Jack Haig, Lucas Hamilton and Michael Hepburn won’t be about personal glory, rather as workers for a greater cause.

The leader for Mitchelton-Scott is the 2018 Vuelta a España champion, Simon Yates, the Brit who won three stages of the 2018 Giro and wore the pink jersey for 13 days.

In the coming days, RIDE Media will be speaking with some of the starters (and their team managers) to find out what we can expect to see from them in the coming three weeks. Be sure to follow the action on the official site.

*Note: this list has been updated since the original post. The Giro d’Italia organisers listed two Australians on the start list for EF Pro Cycling – Simon Clarke and Mitch Docker – but the team site references three, including two Aussies making their Giro debut in 2020: Lachlan Morton and James Whelan.