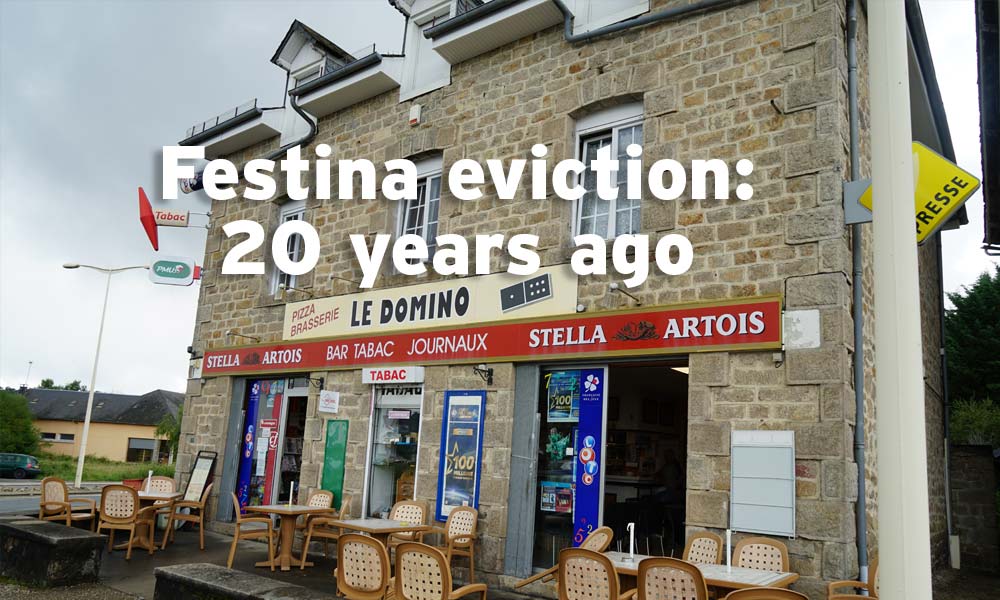 The 11th stage of the Tour de France coincides with a number of anniversaries that are relevant to the race*. It was, for example, 20 years ago today that the entire Festina team was evicted from Le Tour.

The first time France won the football World Cup, cycling was suffering. The Tour began late in 1998, largely because the World Cup was being contested in France. And, so it would be: off to Ireland for the Grand Départ and the beginning of one of the most significant events for the sport.

What soon became known as the “Festina Affair” began on 8 July with the arrest of team soigneur, Willy Voet, and it quickly exploded into something much bigger, something that implicated many riders and, over time, plenty of others.

It led the the WADA being established and exposed the rotten habits of racing cyclists at a time when there was little regard for the concept of anti-doping. It was a much needed event that boasts an enormous legacy.

Although there was a dark cloud over the Tour for the opening stanza, it wasn’t until 18 July 1998 that the team with ‘naming rights’ to the scandal was finally sent home.

On the day of the seventh stage, a 58km time trial from Meyrignac-l’Église to Gare de Corrèze, the race organisers finally acted on the information that began to pile up; a hastily arranged meeting took place in a bar a few hundred metres past the finish line of the TT. 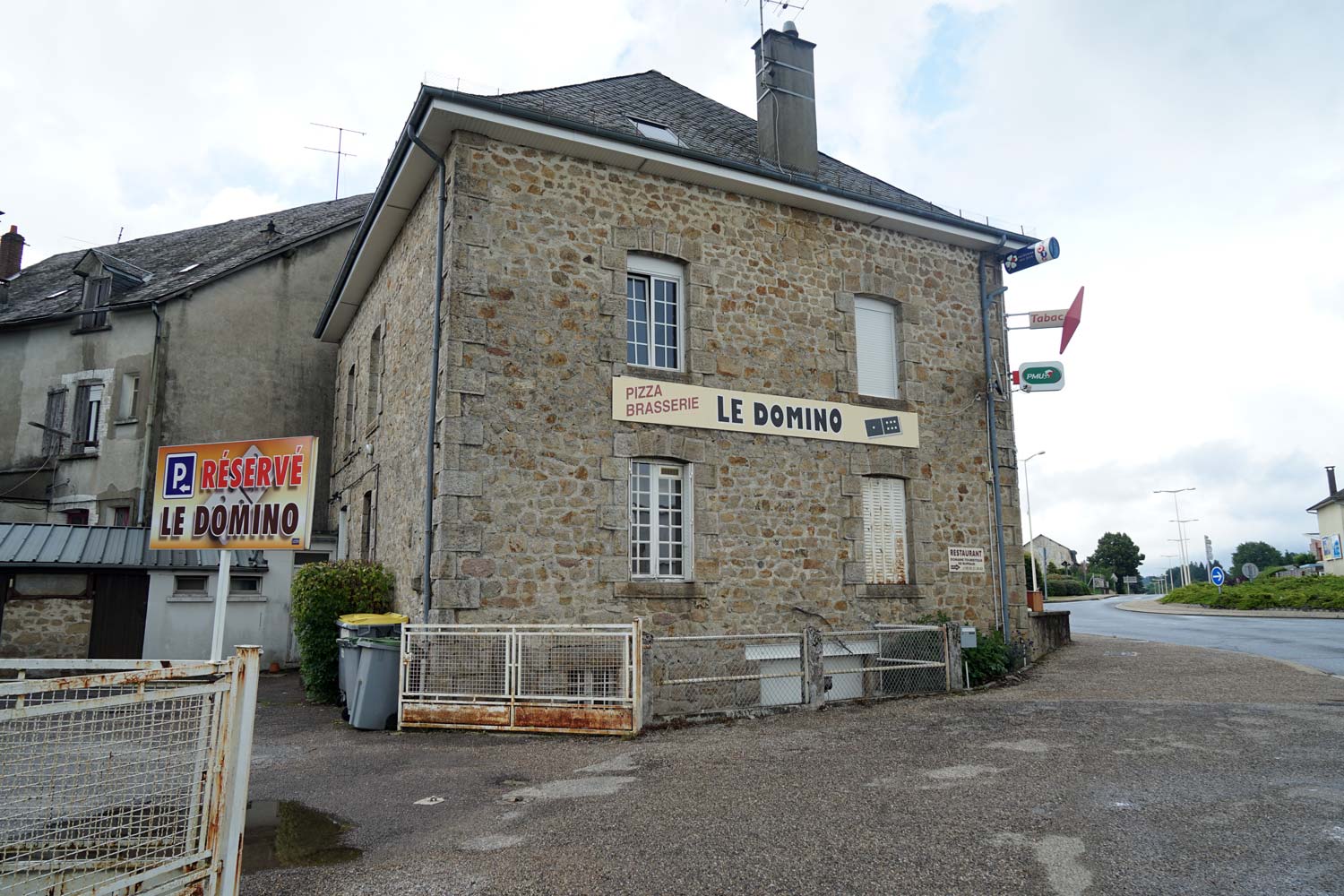 The cafe that hosted the conference on the day Festina was evicted from Le Tour (pictured in 2017, above)…

Riders, team staff, UCI commissaires and management of the Tour de France gathered in a small room to discuss what approach was to be taken to the developing scandal.

Richard Virenque was brought to tears as he became the spokesman for his team-mates. He left the café now known as Le Domino, stepped into a team car, covered his face… and was driven away from the race. Virenque, the runner-up from 1997 was evicted. The world reigning world champion, Laurent Brochard was also out. So too the seven others from Festina: Laurent Dufaux, Pascal Hervé, Armin Meier, Christophe Moreau, Didier Rous, Neil Stephens and Alex Zülle.

Festina wouldn’t be the only team that would be asked to leave the Tour that year. Still, it was 18 July 1998 that the original eviction took place.

On a personal level, I remember the day well. A lot happened near the Gare de Corrèze. I can take credit, for example, for the fact that the president of the Republic at the time, Jacques Chirac, later appeared on the podium to present Jan Ullrich with his stage winner’s trophy without a tie. And here’s the explanation, in brief…

While working for LeTour.fr, writing the English content of the official site, I was told by my French colleague at the time, Eric Serres: “Festina is being kicked out of the race – right now! You should go and take a look… it’s extraordinary.”

Indeed it was. I left my work station, walked out into the hot sun and wandered to the end of the finishing straight. On my way there, I jumped the barricades to avoid the crowd of spectators, and walked along the road with my back to the finishing line.

Michael Boogerd would soon finish his TT and I was walking about one metre from the barricades, the Dutchman swerved after his effort, head hung low over his handlebars and he damn near crashed into me. At the last moment, I was able to jump to the left and avoid being hit. “God verdomme!” Oops. Sorry.

Onwards I walked, towards the café Serres had told me about. There as quite a commotion building. Official cars were parked outside and, around the corner, were some vehicles of the Festina team.

Onion was cooking on a barbecue to the left of the front door to Le Domino and the place was jam-packed with people.

Photographers milled around, each trying to find a way to get inside and snap a shot of the conference with Dutch commissaire Martin Bruin, Tour director Jean-Marie-Leblanc, Virenque, Brochard, Herve, Dufaux and others… 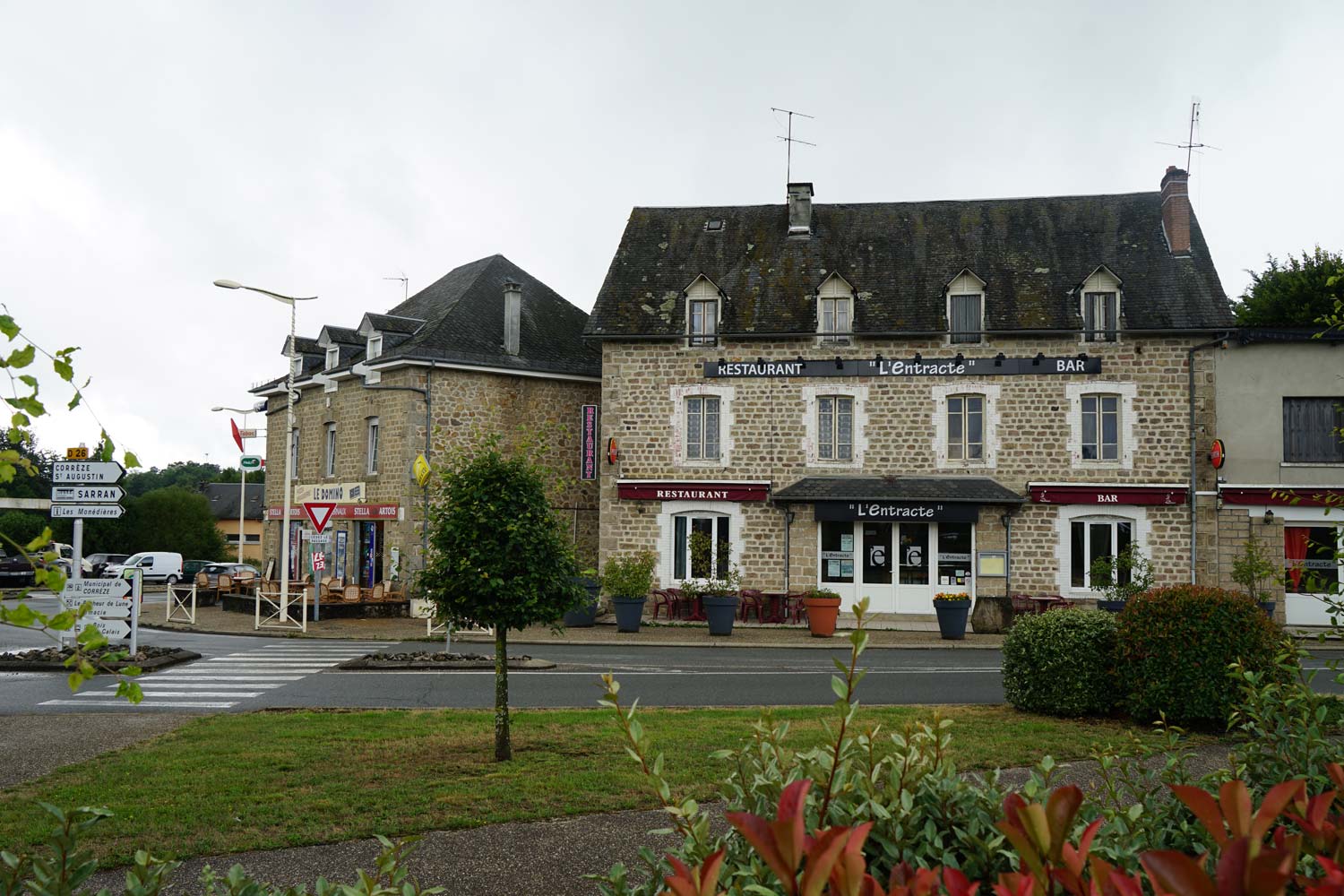 A random building on a random road… where something significant in cycling took place.

It was difficult to move but, based on the recommendation of my colleague, I muscled my way inside to see what was unfolding. It was intense. It was emotional. It was another significant chapter in what was a most protracted saga that has had a huge influence on sport, not just cycling, ever since.

It was just my second Tour de France and everything seemed larger than life. It was a lot to take in – and all I did in Le Domino was listen, observe and then, eventually, exit the building.

It was an extraordinary setting and I remember feeling as though the air was so thick you need to slice through it to move. The scent of cooking onion lingered and a haze of barbecue smoke hung around the door of Le Domino.

And then I walked away… back to my workstation, back to reporting on what was anything but an ordinary Tour. The scene was bizarre to have seen. I wasn’t in shock but it was easy to understand that this was a significant event. It left a big impression on me.

The heat was overwhelming and as I walked back down the finishing straight of the time trial, I took a can of Fanta from one of the soigneurs waiting for their rider. I bowed my head after taking a sip and possibly even closed my eyes for a moment to replay the scene from inside the café in my mind.

I heard applause from the temporary grandstand on my left-hand side as I walked towards the finish line and thought it must have been for the arrival of another rider completing their TT, and I didn’t think much of it.

Onwards I walked, in something of a daze. Staring at my feet and collecting my thoughts, I then bumped into someone: not a rider, not a soigneur, not a security guard but… Chirac, president of the Republic, who was also in Corrèze that day.

My Fanta spilled from the can and onto the tie worn by Chirac.

There were security staff to his left and right but, back then – 20 years ago – it was tame enough for a young Australian working at the Tour to accidentally spill some soft drink onto the French president.

And that was it, the end of our encounter. He removed his tie, and I went back to writing reports about the time trial. 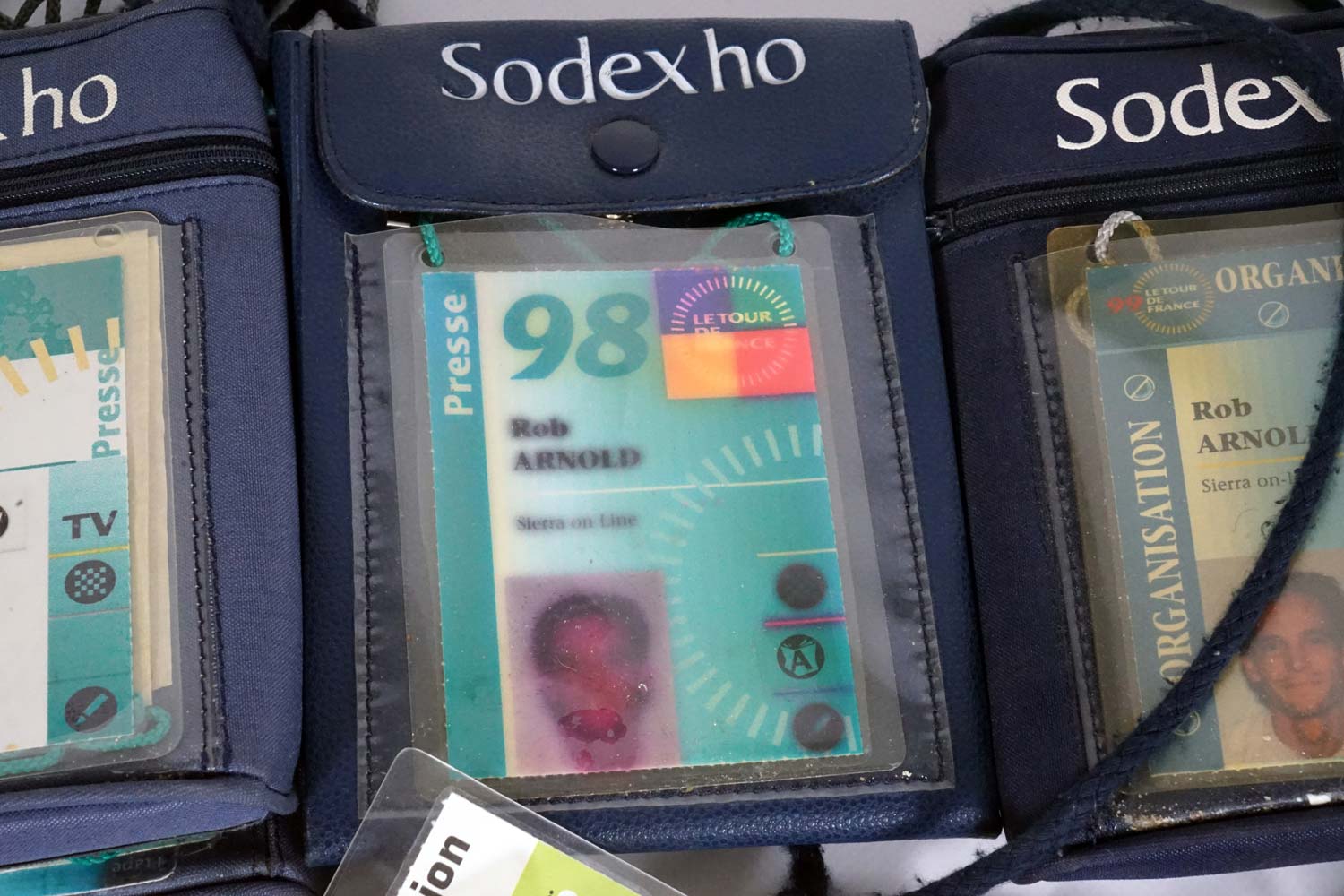 The accreditation has faded but the memories remain… the 1998 Tour: what a race it was.

France has won the World Cup again. There will be two stars on the national jersey from 2018 onwards. But I still remember the year when the first star appeared. It was quite a time in sport: celebrations for football fans and an awakening for cycling fans…

Our sport – and many others – would change forever because of events that unfolded in July 1998. It was a month that has been burned into my memory, a time that’s difficult to forget.

A lot has happened in the 20 years since that day but I’m still at the Tour, still reporting on cycling, and well aware that the things that happened in Dublin and Gare de Corrèze and elsewhere that the Tour of 1998 went have helped shape the sport and start to give it something of a healthier future.

*It’s also worth noting that 18 July 2018 is also the 23rd anniversary of the death of Fabio Casartelli, who died as a consequence of a crash he had during the 1995 Tour de France.