With just under two months to go before the start of the delayed 2020 Tour de France, some teams are already releasing their intended line-up. Two Australians are amongst the 13 named on Team Sunweb’s long list: Michael Matthews and Jai Hindley.

Michael Matthews is one of two Australians on the short list of 13 riders vying for Team Sunweb selection for the 2020 Tour de France. He’s won the green jersey and three stages of the race from his five previous starts and, when RIDE Media caught up with him last week, he said he was quietly confident that he’d make the eight-man roster again.

“The main goal was to get a good Classics period and another good Tour de France like the team had in 2017,” said Matthews.

The 29-year-old set off for a training camp at the end of last week and Tour selection is already on the table, with the 13 names listed below soon to be whittled down to eight.

Team Sunweb’s list of 13 includes riders from seven countries, with a mix of youth and experience, with Nico Roche – who turns 36 on Friday – boasting the longest history in the Tour. If the Irishman is named for the 107th Tour later this week, it’ll be his 10th start in the race that his father won in 1987.

With the route for Le Tour 2020 being touted as “the most mountainous ever”, selection was already going to be difficult for many teams. In 2020, it’s even more complicated as management works out who has been able to maintain form without much racing so far this year. 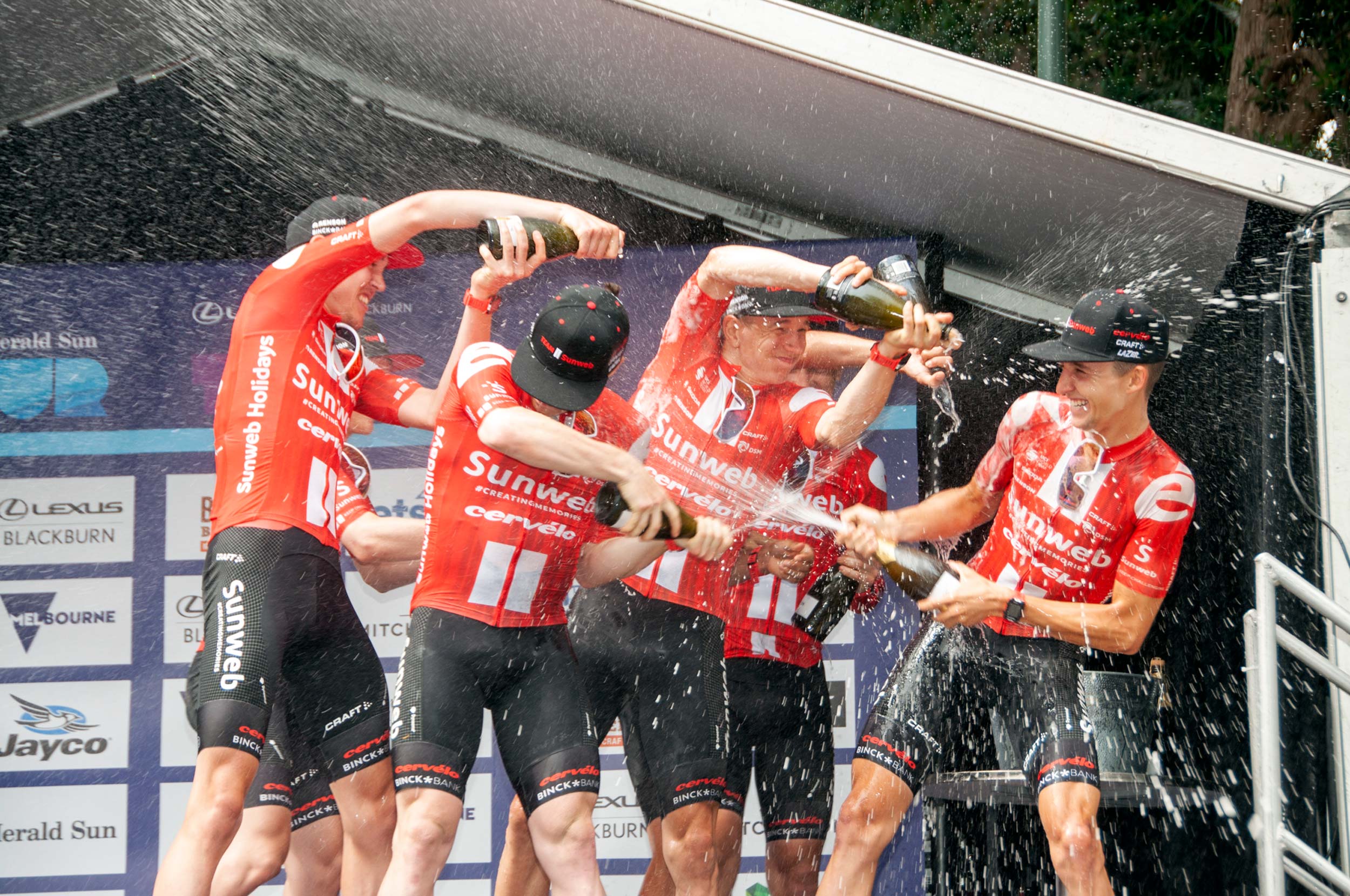 Jai Hindley got the season off to a good start with victory in the Jayco-Herald Sun Tour in February. (Photo: Jean-Pierre Ronco)

Early in the season, however, Jai Hindley picked up a stage race victory, winning the title of the Jayco-Herald Sun Tour in February. And new recruit at Team Sunweb for 2020, Tiesj Benoot, got off to a good start in Europe with second place overall at Paris-Nice (plus a stage win, victory in the points classification and second in the mountains classification).

The final selection of eight is expected to be announced this week.