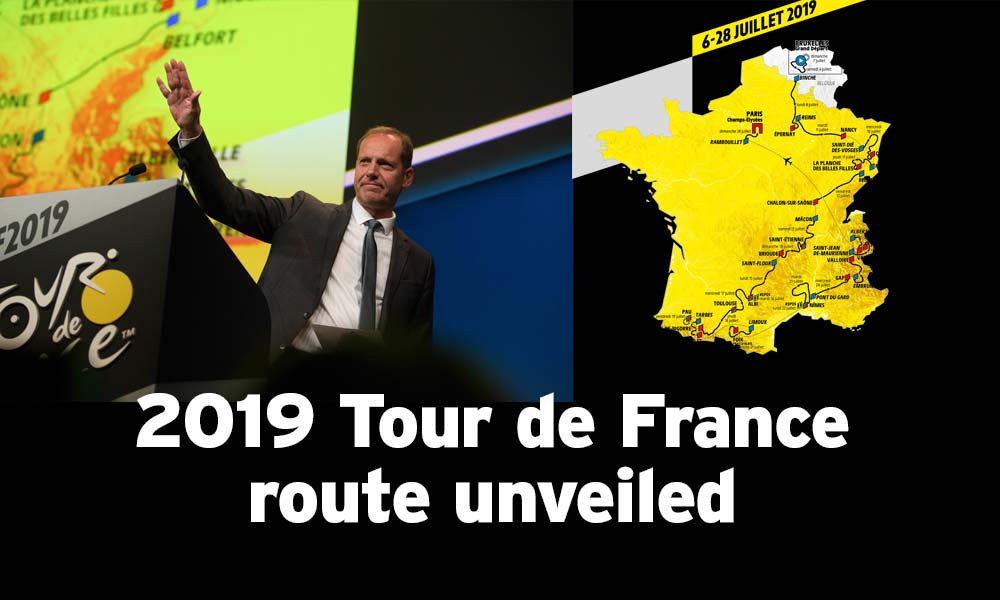 North to south and then up, up… up! The route for the 2019 Tour de France features a start in Belgium’s capital followed by a mountainous course accentuated by tough climbs in the Vosges, Pyrenees and Alps. A glance at the map reveals a particularly easterly trajectory, with the west of France – so much a feature of the 2018 Tour – entirely ignored.

These days, the itinerary is a relatively poorly guarded secret until the day of the launch at Paris’ Palais des Congrès, and rumours of where the peloton would be steered by the ASO’s organising committee were largely true.

For years we’ve known that Brussels would be hosting the start, celebrating the 50th anniversary of Eddy Merckx’s first Tour victory. After the Belgian Grand Départ, however, it’s a French affair with riders remaining in France from stage three onwards.

As has often been the case during the years in which Christian Prudhomme has been the director of the Tour de France, the Vosges mountain range again earns early star billing with the crescendo of the opening sequence of climbing challenges coming at La Planches des Belles Filles in stage six. 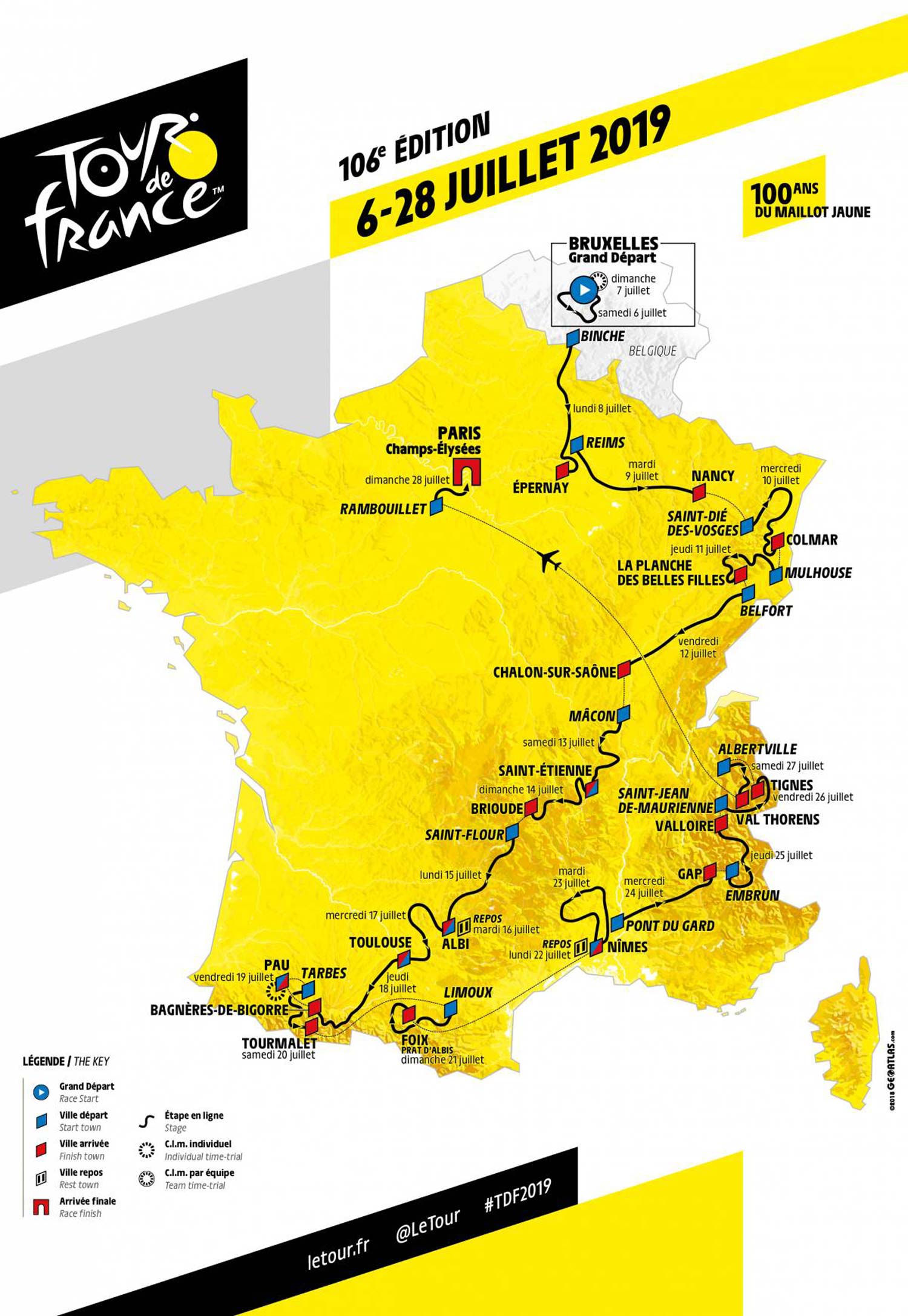 There are opportunities for the sprinters with several traditional destinations back on the itinerary – first, in the champagne region (on day three) with a finish in Epernay, and later in Saint-Etienne, Albi, and Toulouse while the peloton aims towards the rendezvous with the Pyrenees.

At the end of the second week comes two tough days of climbing in the second massif – one long mountain stage, the other a short but brutal 117km race to the Col du Tourmalet – with a 29km undulating time trial starting and finishing in Pau sandwiched in between.

Take a deep breath. Have a second day of rest and prepare for the final onslaught…

There’s a transfer up to Nîmes, before the peloton aims towards the Alps via a traditional entry point to the third mountain range, Gap.

The final Thursday, Friday and Saturday offer no reprieve: three torturous days in the mountains reiterate the point that Prudhomme and co. are hammering home, This Is A Race For The Climbers!

They’ve done it before and they are doing it again: designing a route that will challenge everyone and, all going well, lure a Frenchman of the calibre of Romain Bardet onto the podium. Make it tough, make it steep, make it high… and prompt them to climb their way to glory.

Will what has been billed as ‘the highest Tour in history’ – with five stages finishing at an altitude of over 2,000m – be enough to break Sky’s stranglehold on the yellow jersey? Only time will tell. We have seen that Bardet is willing to attack, to show panache, to risk a collapse in the quest for success on the climbs… but we also know that Chris Froome, Geraint Thomas, and their band of merry men are capable of not just matching all others but responding with gusto. 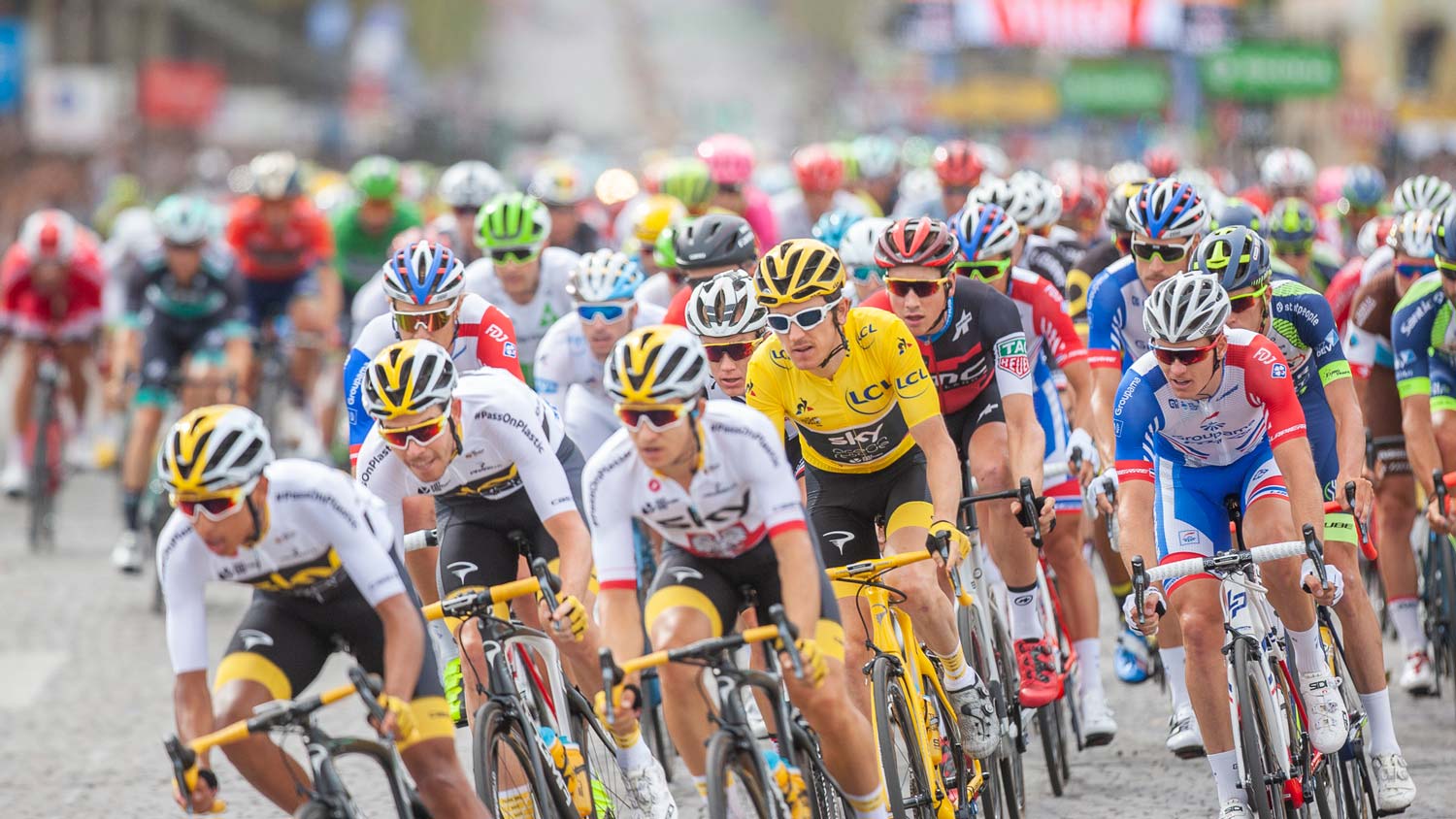 Geraint Thomas (in yellow, above) is expected to be back at Le Tour… but, will the third man from Team Sky to win the title be the protected rider from the dominant British line-up?

Over the coming months, we’ll consider the approach of all the riders hoping to make an impression in the world’s biggest race. We will see who is prioritising the Tour over the other Grand Tours of 2019. We will understand what teams will be capable of challenging Sky and which riders have a chance of cracking the domination of the British team with the cosmopolitan cast.

We will talk about the challenges and a few rule changes that have been included to inspire attacking antics and animated racing. We will consider what stages are likely to be more compelling. And many will prepare for late-night sessions in front of the TV or long journeys to France for the holiday of a lifetime.

The Tour is the Tour. It’s the biggest cycling spectacle of the year. It inevitably generates a buzz and fills us with anticipation. The route changes every season and the names of those genuinely challenging for the yellow jersey switch around a little from one edition to the next… but one thing remains constant: it’s The Race that brings cycling to the fore.

We now know where the 106th Tour de France is going so let’s get ready for the race. There are 252 days between route launch and the Grand Départand the planning to be in peak condition is already underway. 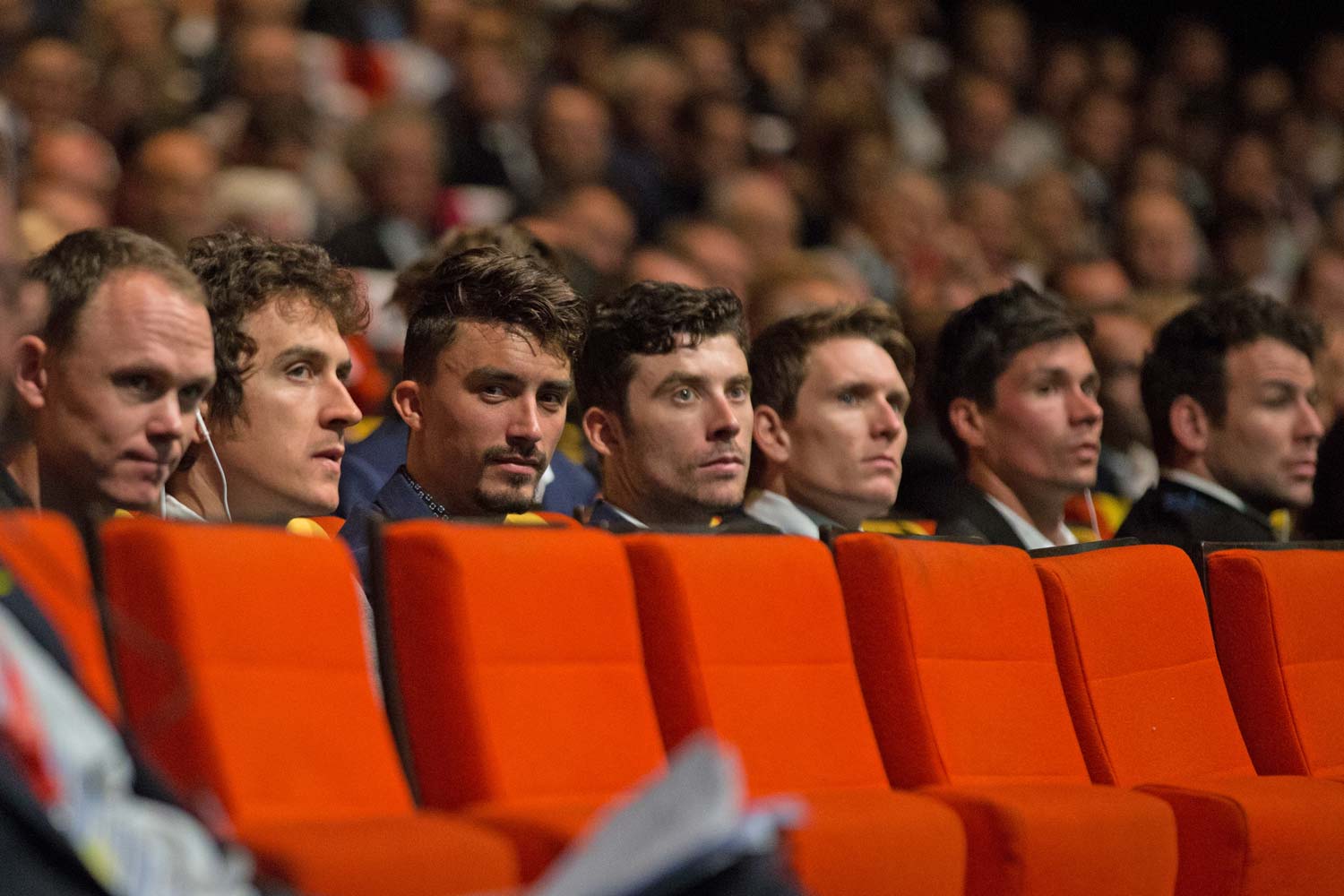 Previous Tour winners, Chris Froome and Geraint Thomas (at left, above) were amongst the thousands in Paris on 25 October 2018 for the launch of the 2019 Tour itinerary.

Pre-orders are now being taken: visit our online shop.