It doesn’t take much to get someone to talk about their bike and why they ride. Within a few minutes of interrupting a paceline in Sydney’s Centennial Park on a random Wednesday morning, I’d learned a lot about David Stakes and his beautiful old Cinelli bike.

– For more from the ‘Story of My Bike’ series, see RIDE Media’s YouTube channel – 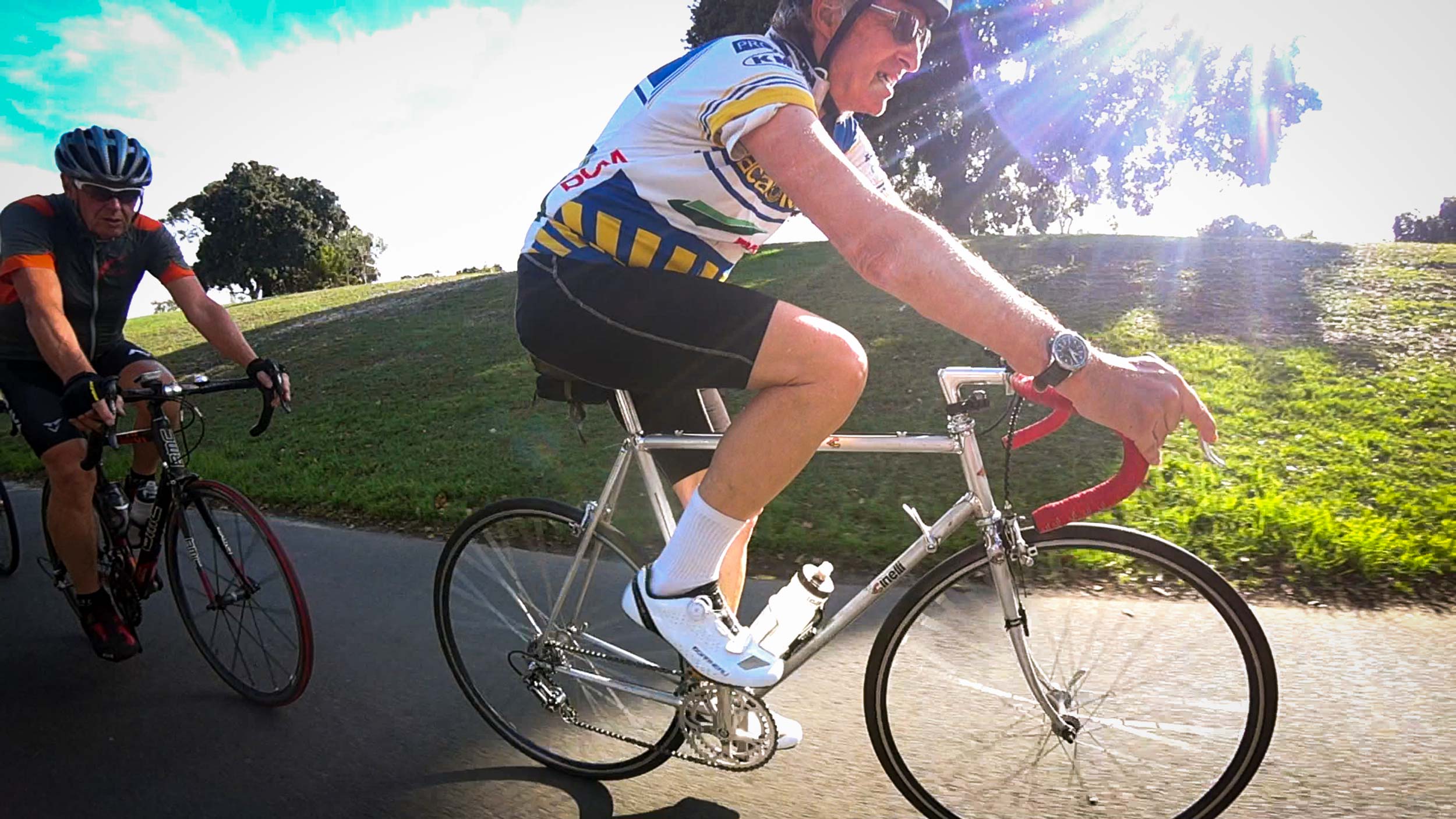 Back in the day, David Stakes may have been an elite cyclist. Or he may have just done as he was doing on the day we met by coincidence, ride for pleasure. He offered a surprising dose of information about his cycling habits, history and aspirations during a few loops of Centennial Park but it wasn’t part of any formal interview.

While riding on my own before work today, there was a group ahead of me. David was part of it.

Sometimes you don’t need to do any more than ride up to a bunch of cyclists to eke out a story. After momentarily rolling at the back of his pack, I noticed his groupset before catching sight of the decal on his frame. That’s all it took to prompt me forward. 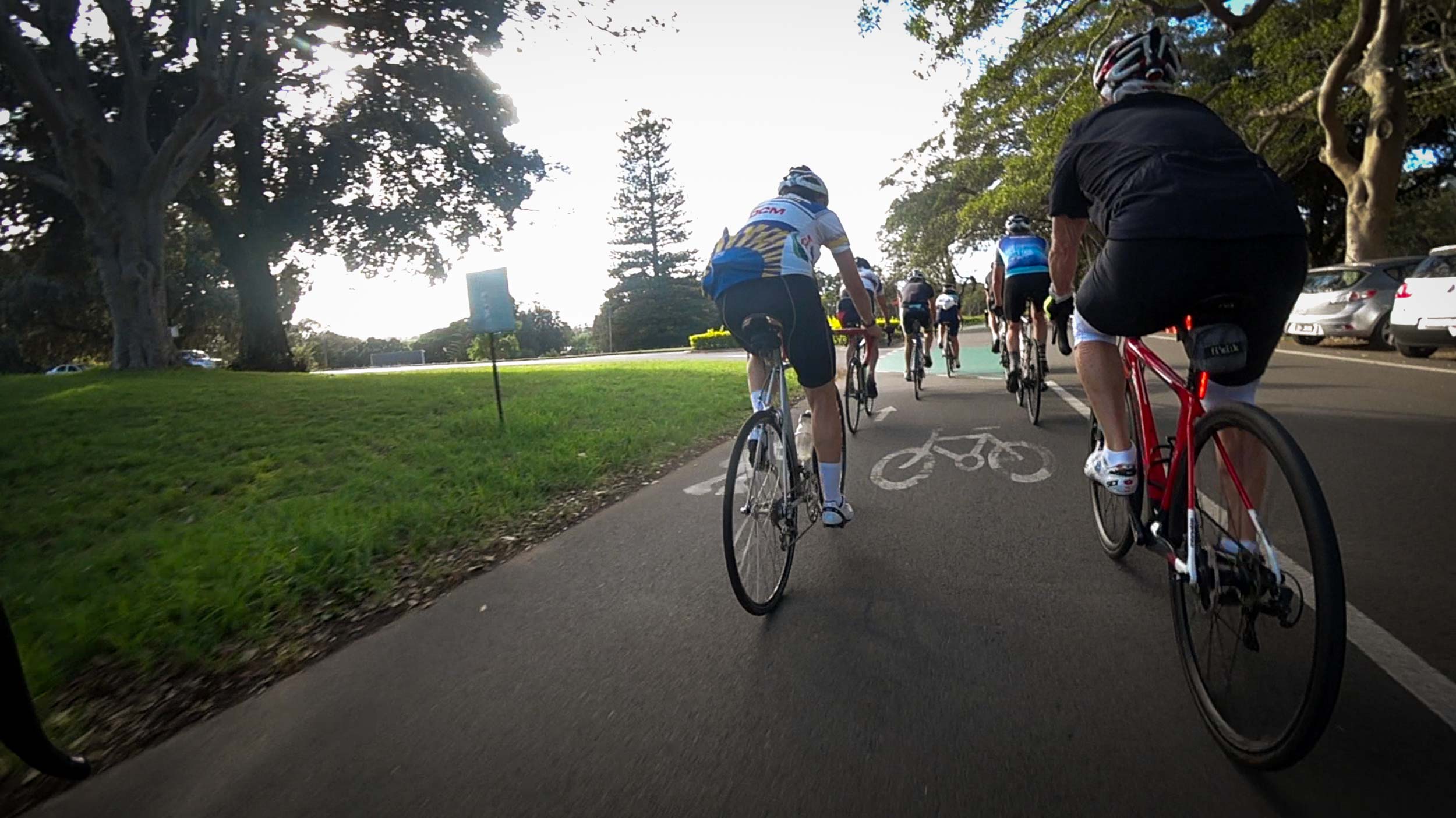 “Excuse me, mind if I take a little video of your bike?”

He smiled. I filmed with my left hand, using a little Sony Action Cam that’s easy to hold while riding. The last thing you want to do when you slot into someone else’s group is cause any concern and start behaving like a twat.

Some moments can just be absorbed into your memory, not everything needs to go onto Instagram. But the down tube shifters, six-speed cassette, shiny pulley wheels, old-school derailleur, Cinelli frame, and quill stem…? They lured me in. 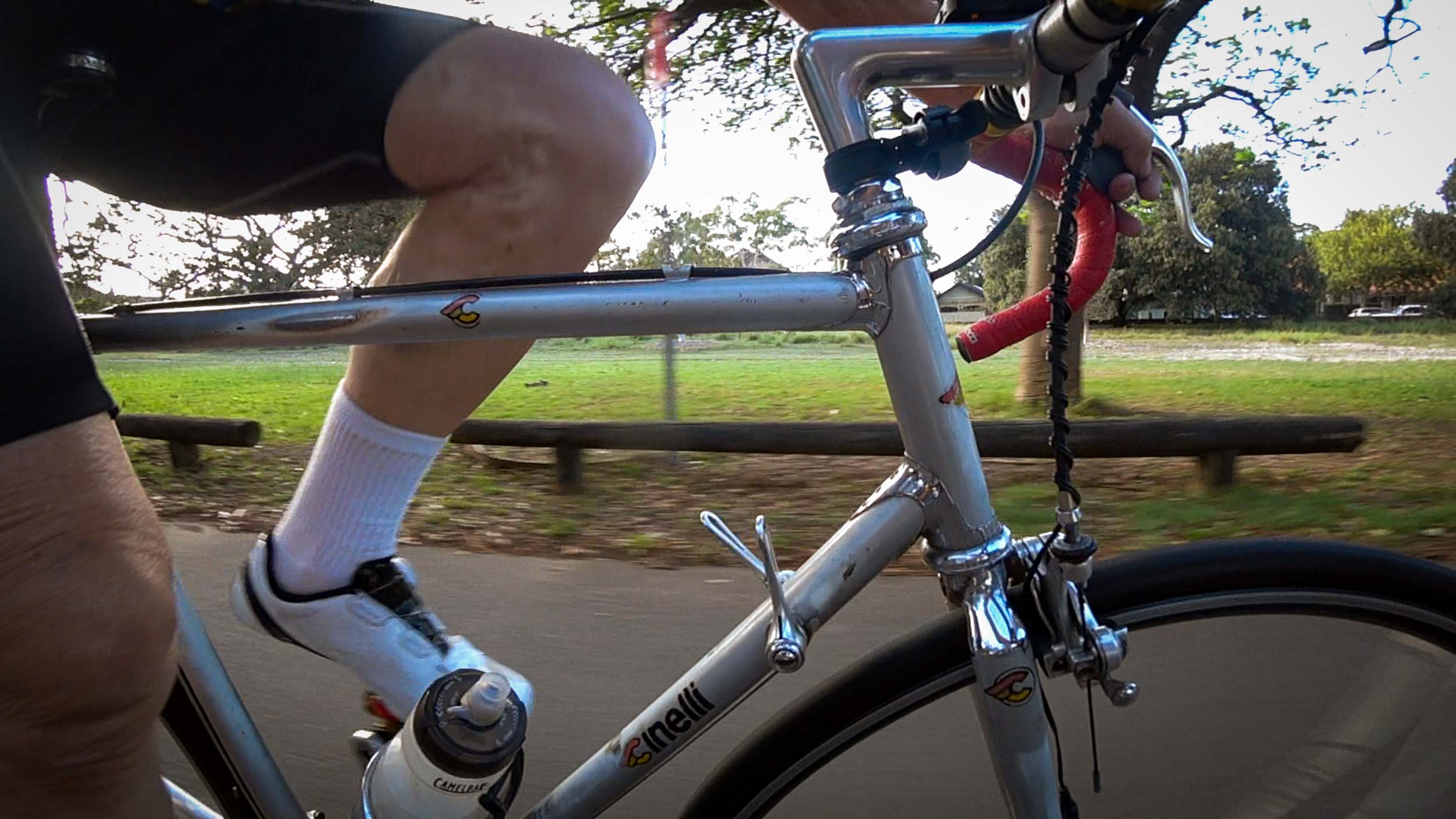 It’s not a famous bike and David, as far as I know, isn’t a famous cyclist. But 40 kilometres later, I knew a bit more about him and his bike and it’s a story that hints at the longevity of products made years ago and used for more than half a (considerable) lifetime. 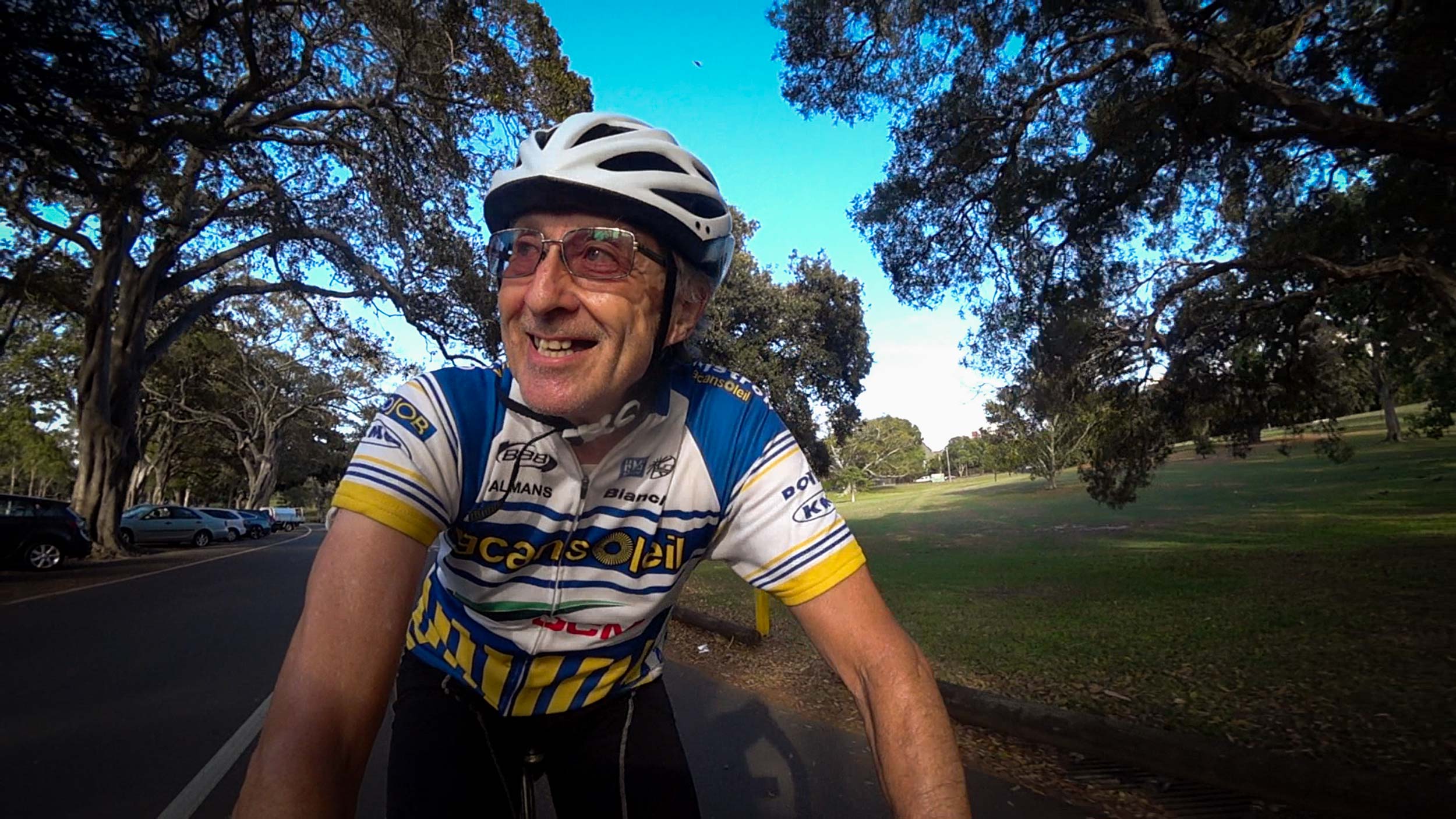 We rode. He spoke. And occasionally I posed a question or took a photo when it was safe to do so without bothering David, or anyone in front or behind us in a group of about 12.

The group has a name and it includes ‘Centennial Park’… but the other element of the title escapes me now.

(No, it wasn’t a formal interview. I wasn’t taking notes. But as the conversation continued, I realised it would be worth committing some commentary to memory should I feel compelled to write about it later on. Clearly that urge has struck, explaining why you’re now reading this column.) 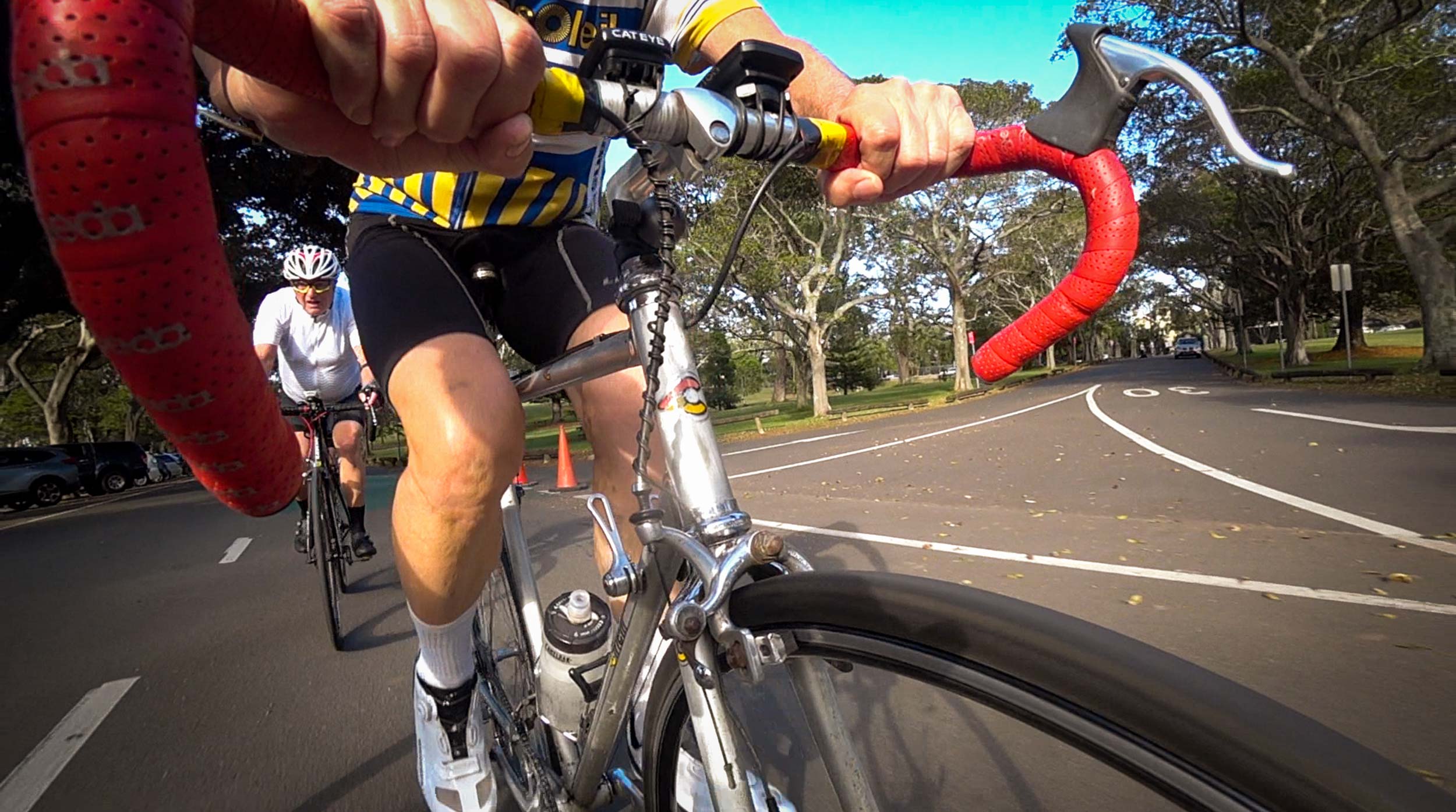 David is 70. He’s been riding “for as long as I can remember” but things started to get serious in 1971. Apparently, he’s not stopped since.

“I’ve ridden most of the major passes in Europe,” he told me as we rolled, “and the last time I was there was in 2008 when I took this bike with me.

“I had a 38 up front and a 28 at the back,” he said of a ratio that got him over the Galibier in the Alps, Ventoux in Provence, and the Tourmalet in the Pyrenees.

“That Tourmalet is a bastard,” he continued without prompting.

“Which side did you go up?”

“I started from Sainte Marie Campane and promised myself that I’d stop for lunch at La Mongie but once I got there, it just got steeper. I thought if I pulled up, I’d not get going again… so I kept on riding.”

His bike served him well, so too his legs. 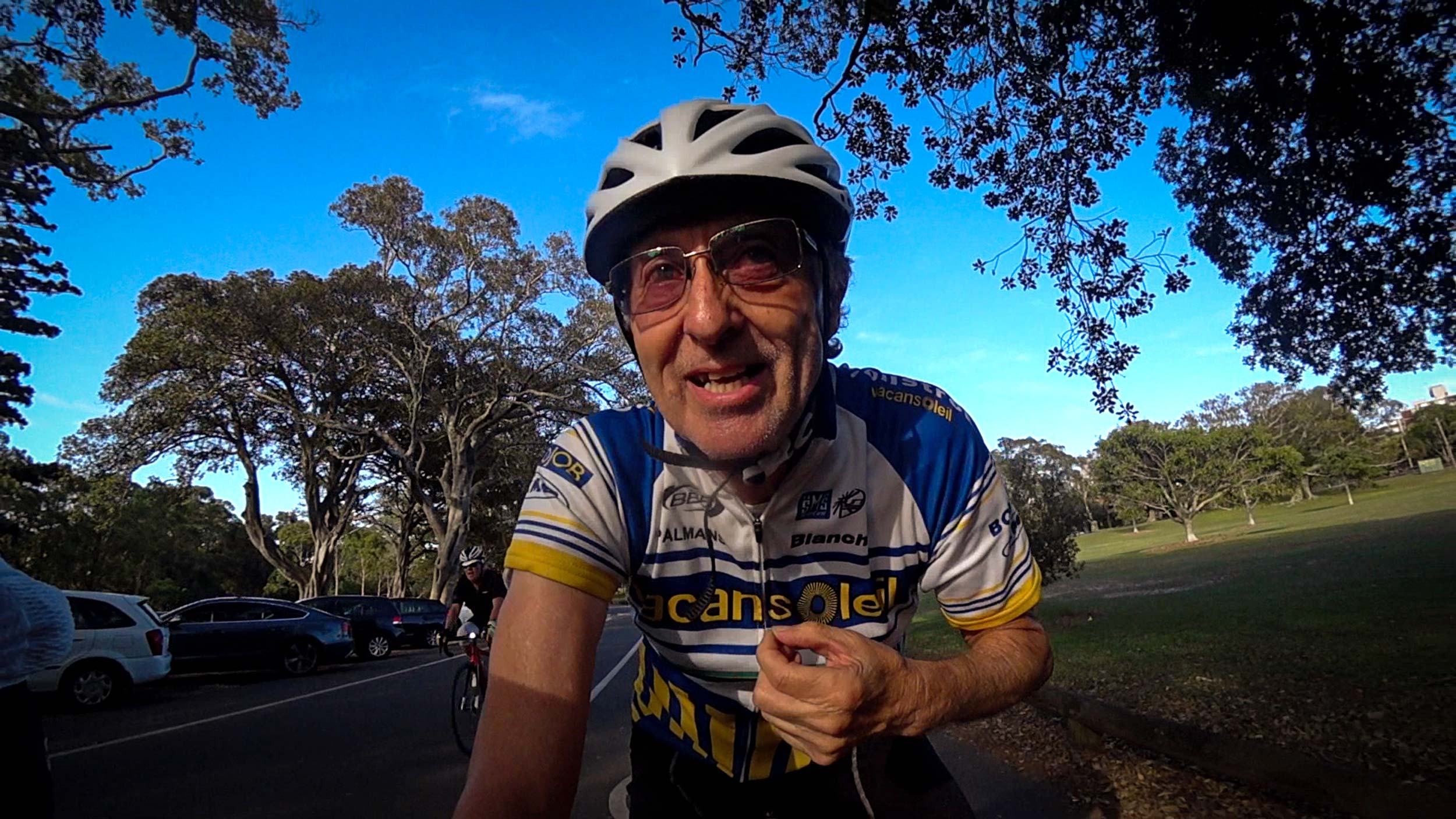 Although he’s anxiously waiting for a second shoulder reconstruction – “and this time they should put a bit of titanium in me, maybe even do some 3D printing to make sure the bits fit well” – the plan is to go back to Europe in June.

“I’ve got a few more climbs to tick off the list,” he smiles, “so I’ve booked a trip to Switzerland.”

The flight isn’t part of his holiday package so he’s going to hold off buying the airfare until the departure date gets closer, “because I’m in the public system and I’ve just got to wait until there’s an opening at the hospital”.

He pedals a little further then turns to me and jokes, “If I go before the operation, I’ll be right – there’ll just be no victory salutes when I get to the top.” 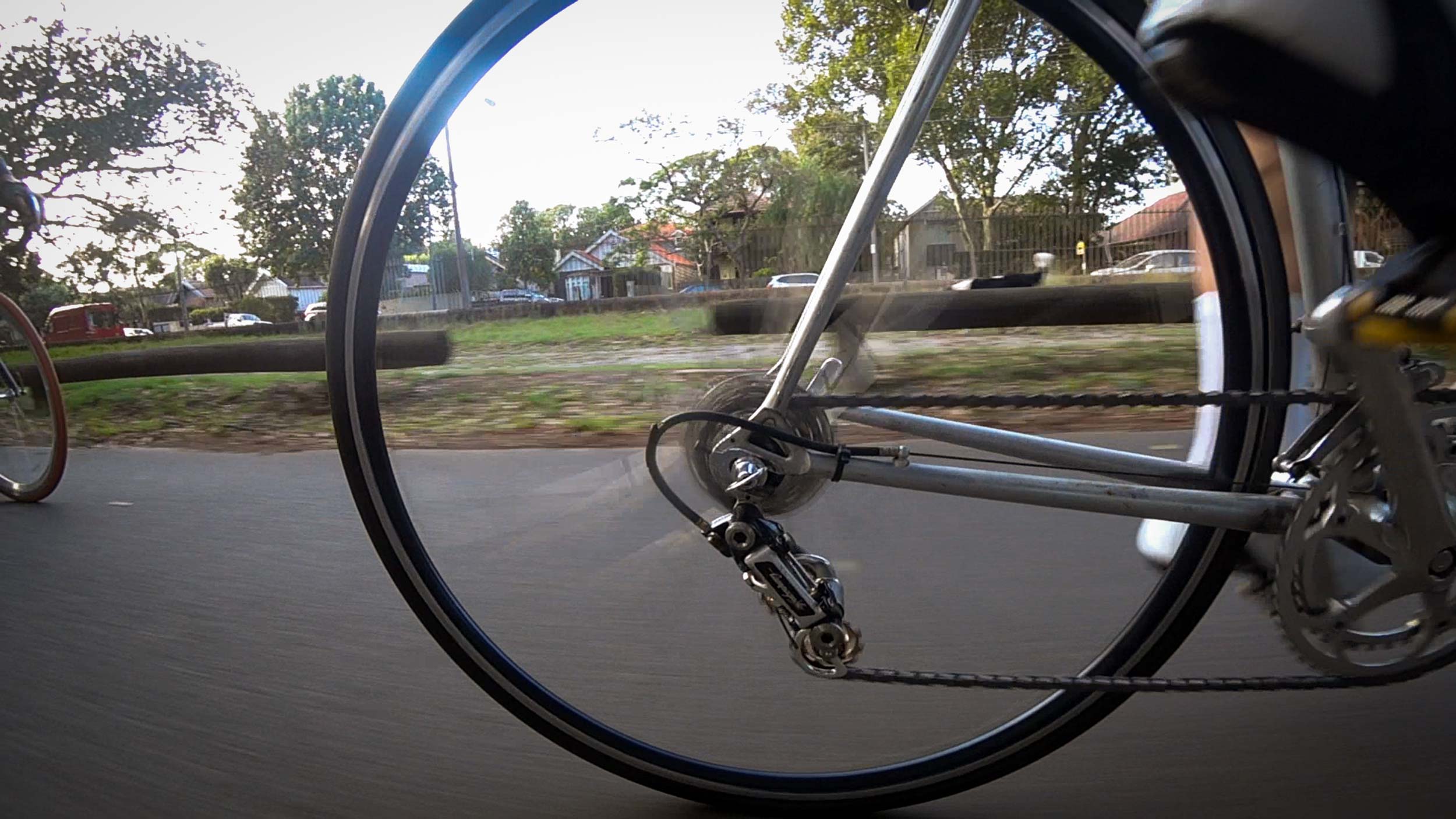 The shoulder issue irks him but on the bike he’s largely unaffected – unless, of course, he wants to throw his arms in the air to celebrate a conquest. But he doesn’t seem that kind of show pony. He rides because he likes it. And there’s a quiet satisfaction that comes with it.

Only yesterday he did “75 kilometres with plenty of climbing, with a couple of very fit women”. And, he quickly added, “This is just a recovery ride.”

Onwards we rode. The topics changed quickly but cycling remained a central theme. He talked about climbing the mountains of Europe and the other bikes in his collection. And he’d share little tid-bits of information with me as though we’d known each other for years. Our association, however, lasted all of an hour. Still, clearly, riding a bike can prompt people to talk more than they otherwise may.

Perhaps it’s the shoulder-to-shoulder theory Mat Rogers spoke about years ago. Or maybe David was just in a chatty mood this morning. 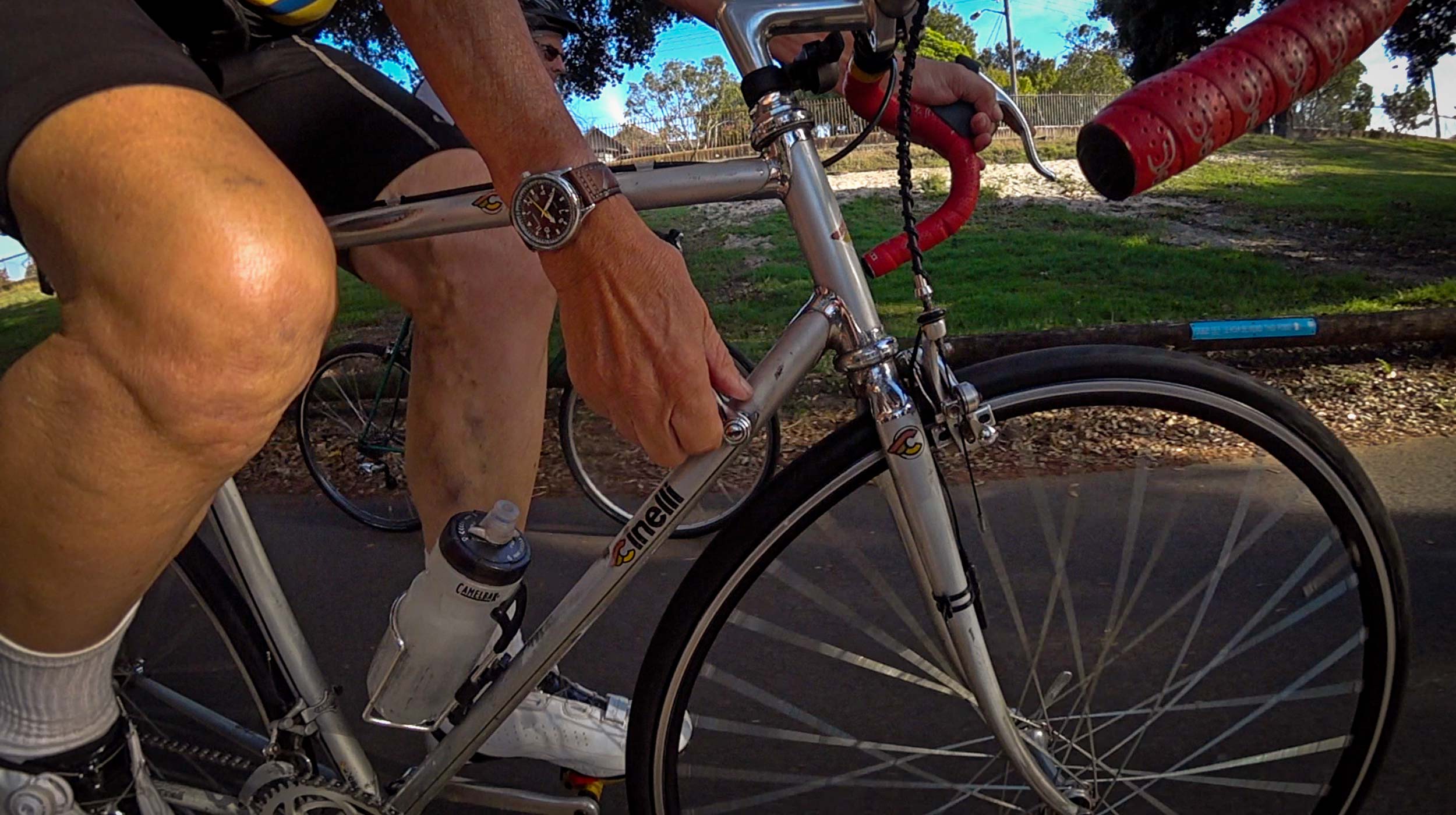 When I set off in the dark of a mild February day, there was no intention whatsoever to try and collect any anecdotes or talk about cycling or find a story about a bike… but it found me and it all flowed naturally, so I listened, nodded, and allowed him to talk some more.

“My race weight when I was 24,” he said while we considered some of the benefits that the bike offers, “was 63 kilograms. I’m 68kg now.”

Then he explained how he’d discovered Zwift, honed his fitness after the first shoulder reconstruction, and was riding not long after the surgery. Zwift turned to Rouvy within a few months “because I’d rather a bit of real-world scenery”.

The smart trainer served him well; he did that while he recovered, but it was clear from my short time riding alongside David that the real pleasure he got from his cycling was the myriad things on display in Centennial Park: fitness, activity, mateship, conversation… and, of course, the chance to prove that something made in 1983 is perfectly suitable for a good ride in 2020.

“It’s all Campagnolo,” he said, “but I broke the cranks at one point and had interrupt the ensemble.” (That’s why you see SunTour Superbe Pro cranks here.) 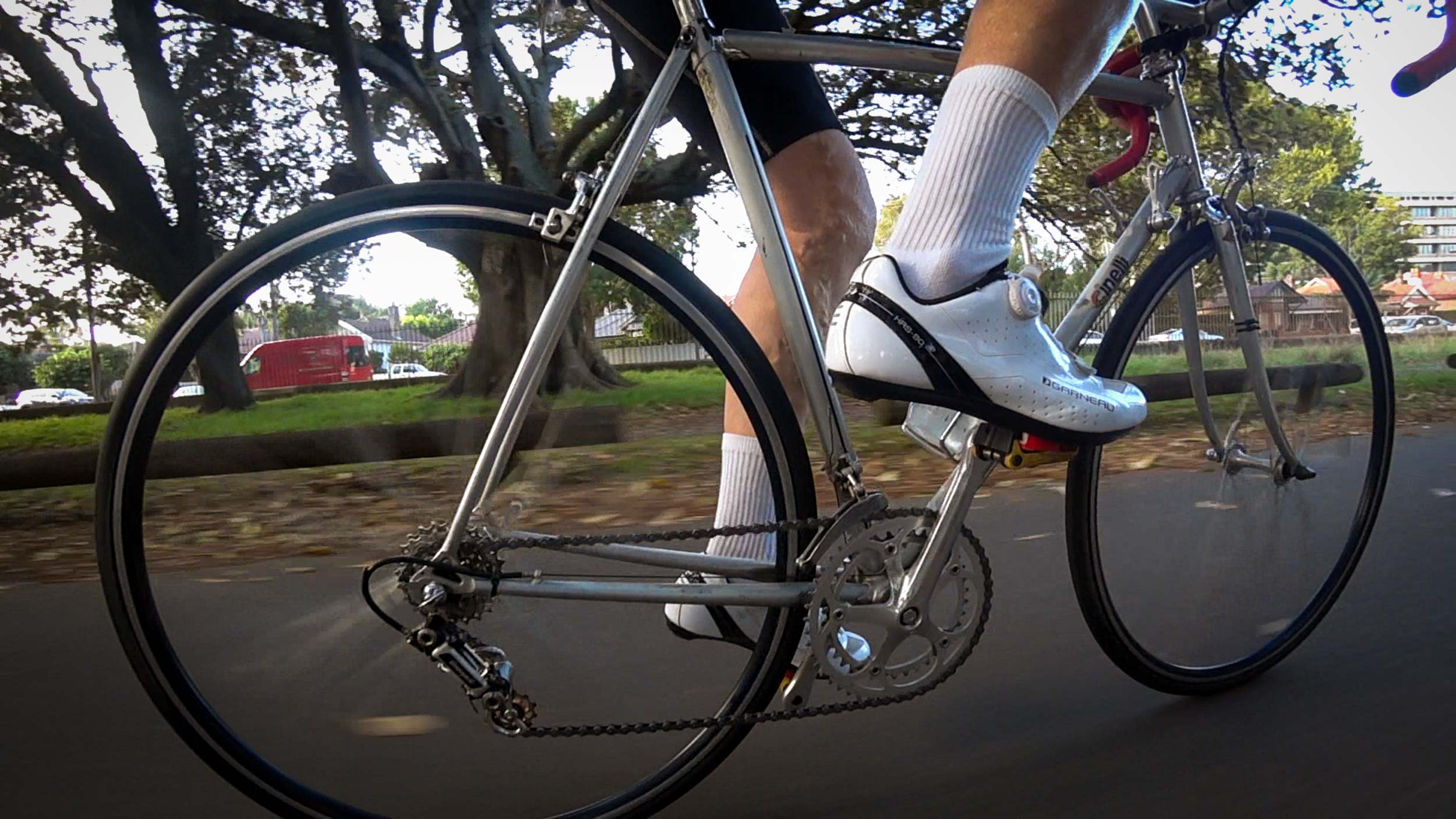 When he goes to Switzerland, he said, he’s going to “take the carbon one that’s in the shed today”. That’s fitted with a 34 up front.

I’m convinced he’ll get up the climbs he’s set himself, new 3D-printed titanium shoulder or not.

He’s not racing. He’s not commuting. He’s riding for pleasure, and there’s something noble about that.

What’s the story of your bike?