In the coming hours we’ll find out more about the handlebar/stem combination that snapped during the Australian team’s qualifying ride in Tokyo. For now, the Australian Cycling Team’s bike supplier, Argon 18, has confirmed that the equipment failure was not part of their product supply agreement. 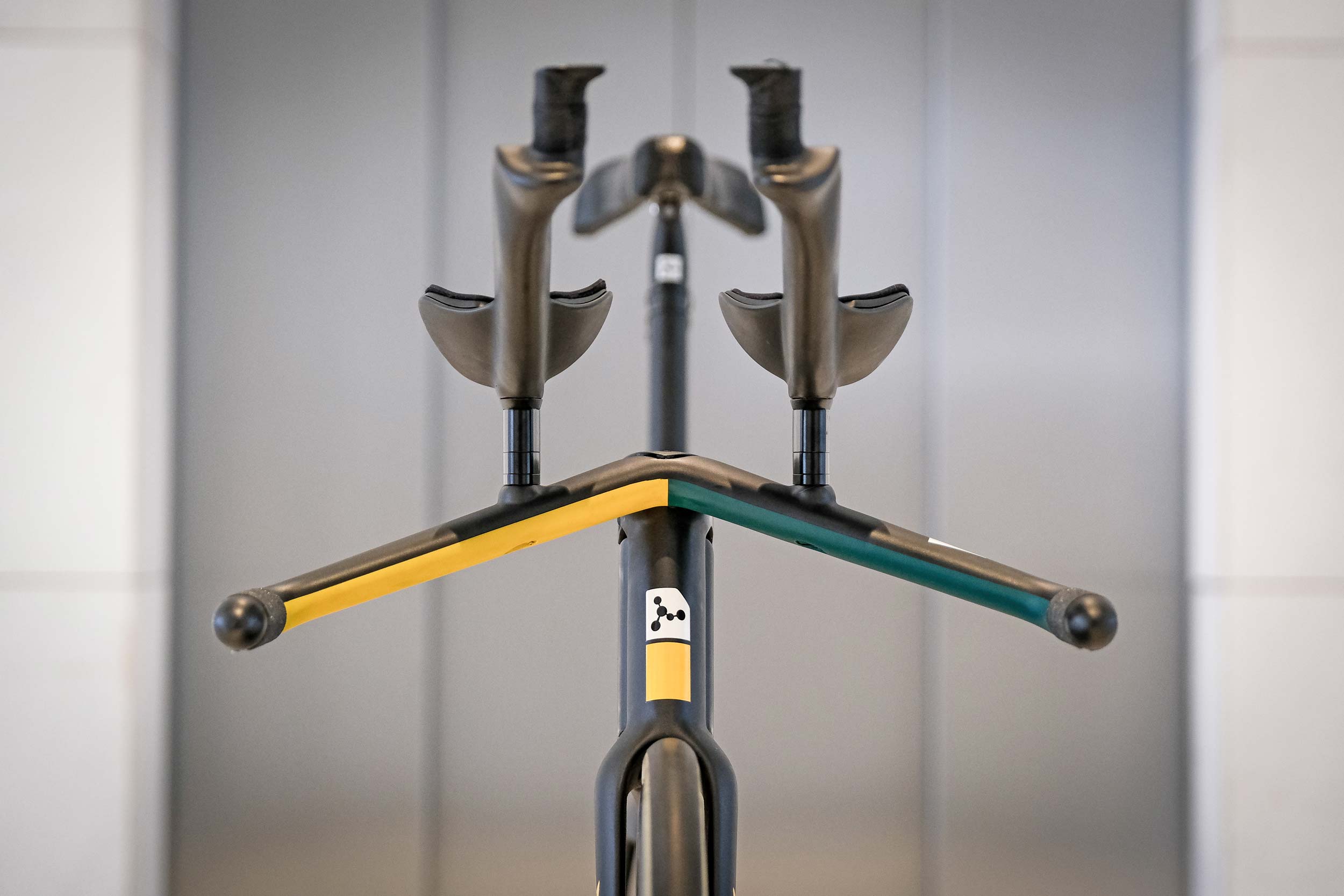 As investigations continue into the cause of the catastrophic failure of a product that severely impacted the Australian men’s team pursuit campaign at the Tokyo Olympics, Argon 18’s Martin Faubert has confirmed that the handlebar/stem in question is not a standard issue item. The component that failed was not provided by the Canadian company.

“A full equipment review is in progress by the Australian cycling team,” reports Faubert on Argon 18’s Instagram account, “and we will have more details shortly.” 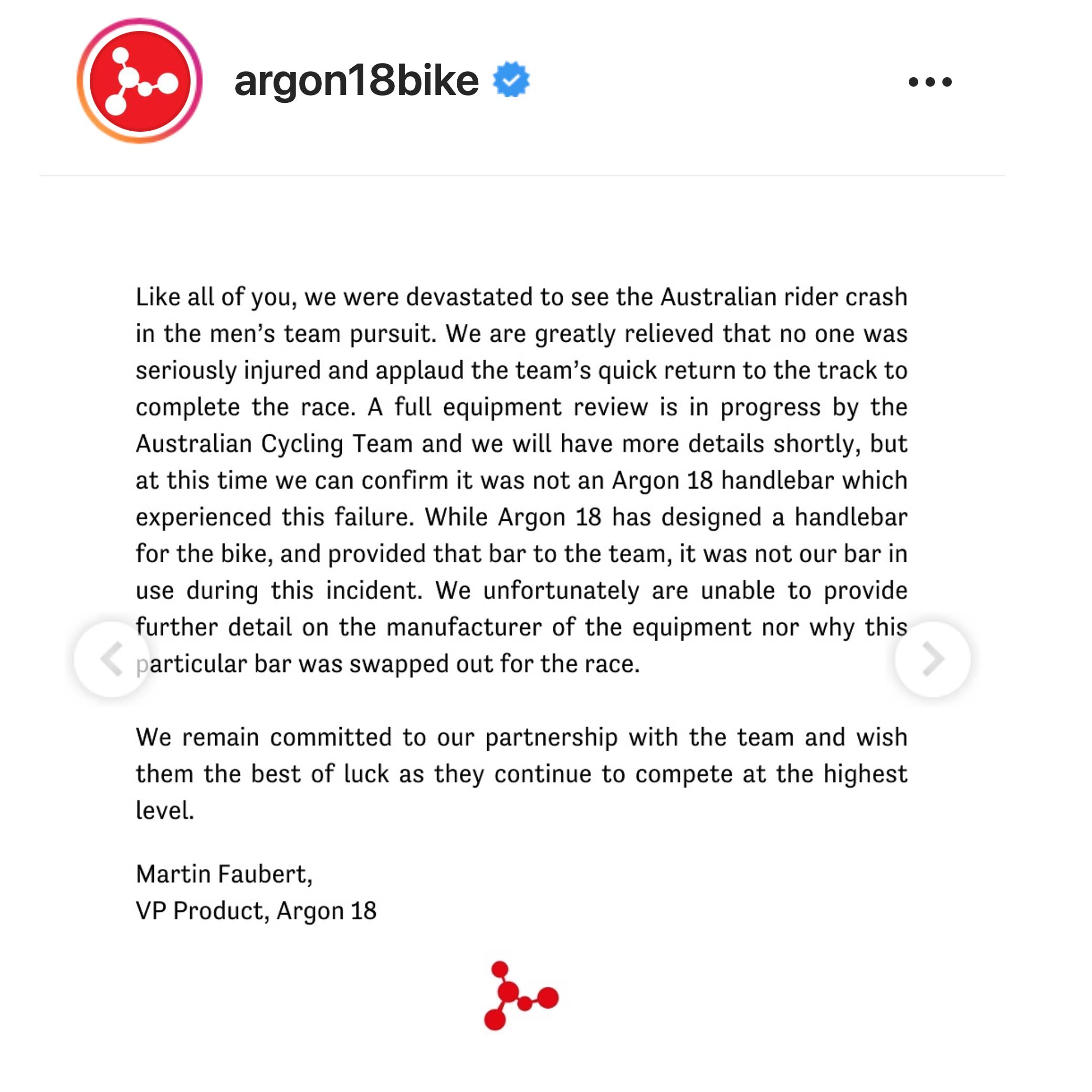 There has been a wave of commentary on the topic on social media and some are suggesting that Alex Porter’s crash a little over a kilometre into the qualifying ride was caused by the Australian team’s bike supplier; Faubert insists this is not the case.

“While Argon 18 has designed a handlebar for the bike, and provided that stem to the team,” writes Faubert, “it was not our bar in use during this incident.” 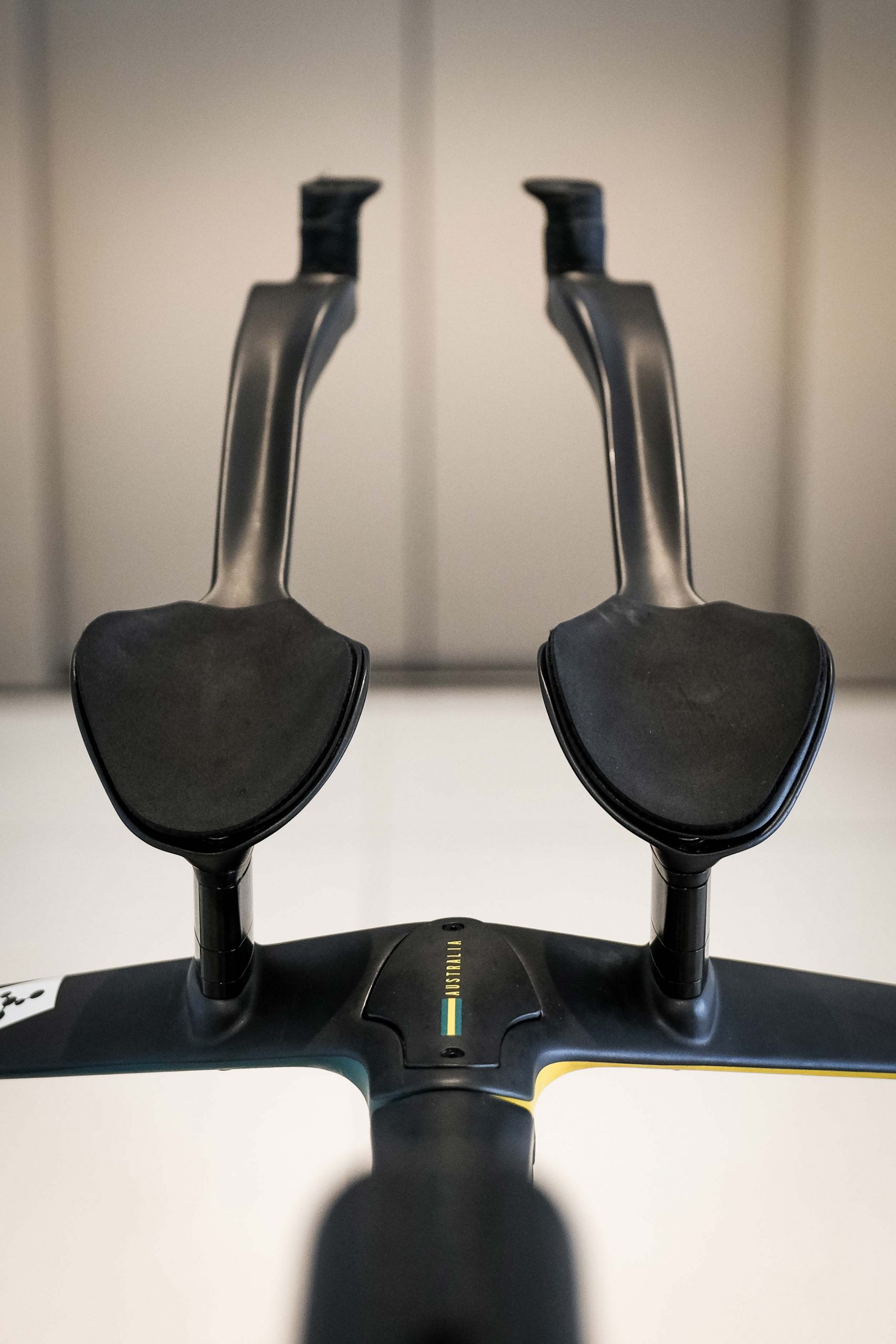 RIDE Media has reached out to Bastion Cycles, a third-party product supplier to the Australian Cycling Team, to find out more about the possibility that it was one of the Australian company’s products that broke on Monday evening in Tokyo.

Bastion Cycles has provided a range of products to the Australian Cycling Team and has referenced 3D printed handlebars that were designed for use on the track bikes supplied by Argon 18.

Ben Schultz, the co-owner of Bastion Cycles, has agreed to speak with RIDE Media about the incident. We’ll report more after that discussion. 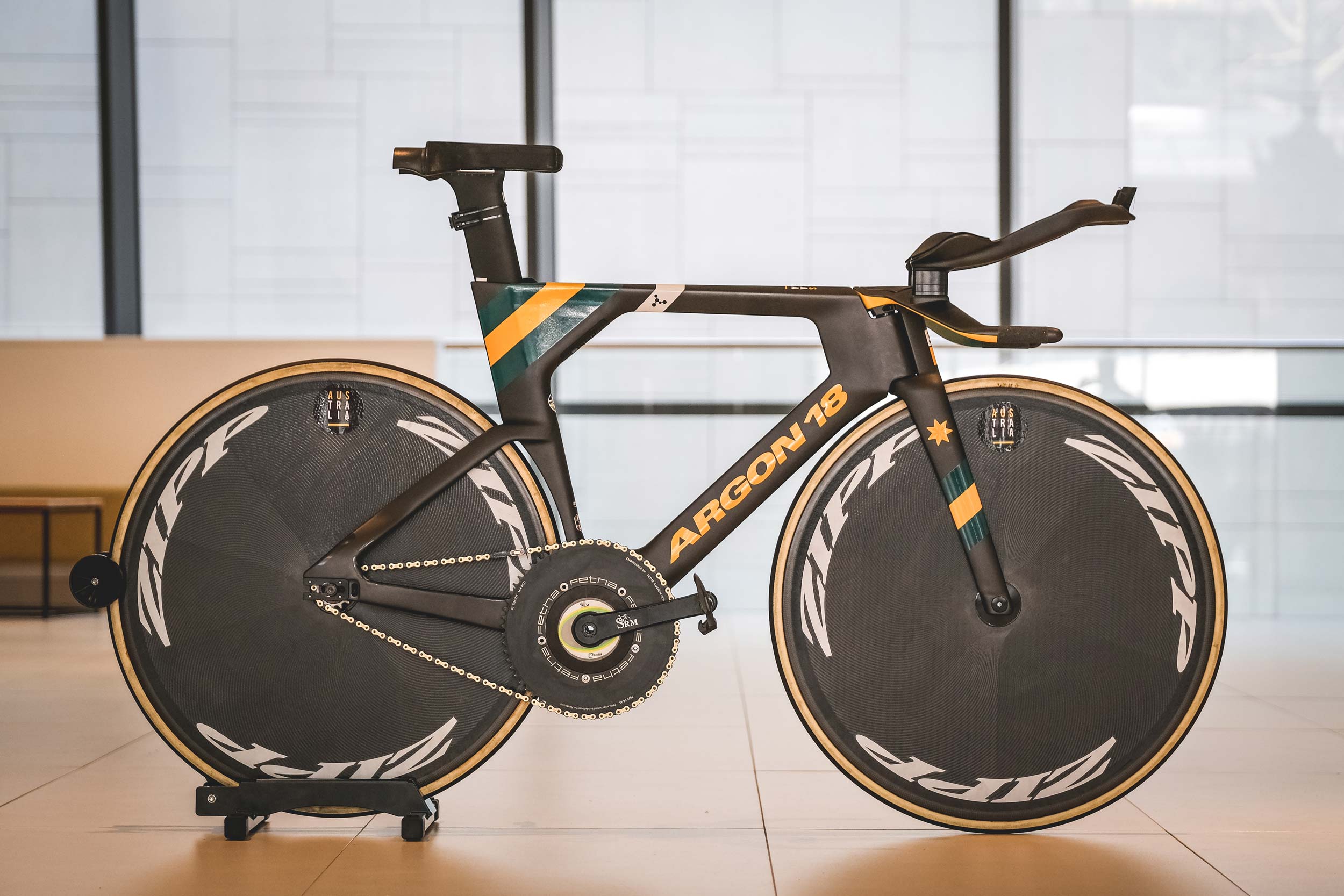