With just 15.7km to go in the 2020 Giro d’Italia, there’s an Australian in the lead of general classification. Jai Hindley is the 10th rider from Australia to wear the maglia rosa. Here’s a summary of the Aussie Giro leaders…

Until this year, the best result for an Australian rider in the Giro d’Italia is third for Cadel Evans in 2013. That looks like being eclipsed by Jai Hindley in 2020. The 24-year-old from Perth is the 10th Australian to lead the Giro and after the time trial in Milan on Sunday we’ll find out if he is the winner or runner-up.

Of course, the ‘shadow leader’ of Team Sunweb could drop further down the rankings… but only if he has a complete disaster in the time trial on the final day.

Hindley currently leads GC with an advantage of just 0.83 of a second over Tao Geoghehan Hart, then comes his Sunweb team-mate and former leader of the 103rd Giro, Wilco Kelderman at 1:32.

Earlier today, in my report on the 20th stage, I suggested that Geoghehan Hart holds an advantage over Hindley in the time trial but, upon further examination, it seems the pair are evenly match.

A postscript was added to the original report, explaining that the two at the top of GC have raced each other in three time trials this year – two at the Giro, one in Tirreno-Adriatico in September – and the Brit beat the Aussie twice… but, interestingly, in the opening stage of the Giro three weeks ago, Hindley got the better of Geoghehan Hart in a 15.1km individual test on the opening day of the race. 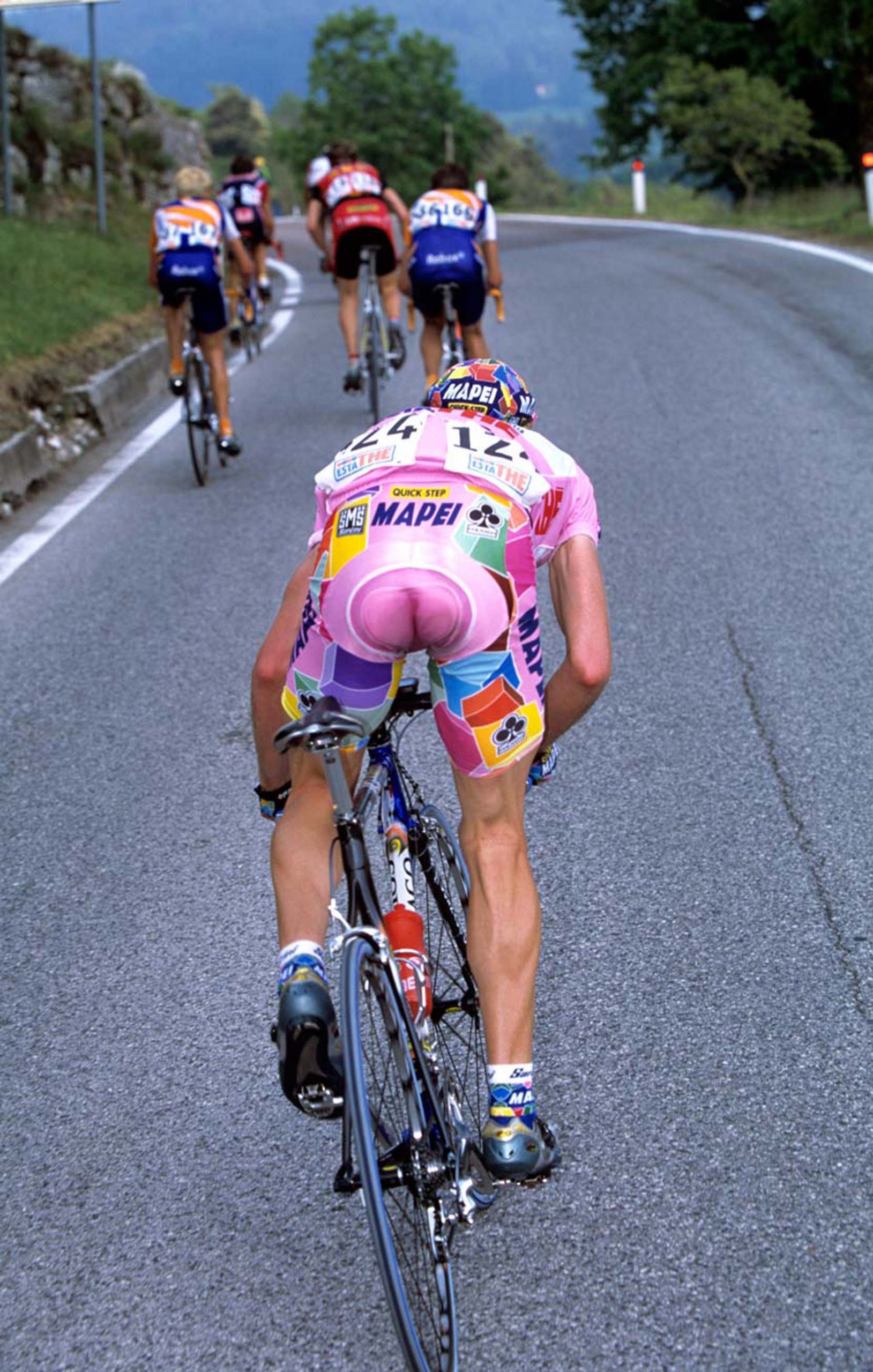 Australian leaders of the Giro d’Italia

It wasn’t until 2002 that an Australian led the Giro d’Italia. This year, there were more Australians in the race than any nation other than Italy (with 18 starters); two have won stages – Ben O’Connor and Hindley – and it may yet be that an Australian wins the title.

The first Australian to wear the maglia rosa was Evans, who was also a ‘shadow leader’ of sorts back in the days of the illustrious Mapei team. The original leader in 2002 was to be Stefano Garzelli, but he was booted off the race in the opening week after failing a doping control (testing positive for probenicide). The Italian team decided that the proxy leader thereafter would be either Evans or Andrea Noè, depending on who finished better in the time trial of stage 14. Evans was third (behind Tyler Hamilton and Serhiy Honchar), Noè was 13th.

Onwards to the Dolomites and Evans finished seventh in stage 16 and, with that result, into the lead of the Giro. History was made.

Since then, nine other Australians – including Hindley – have worn the pink leader’s jersey at the Giro. Below is a summary…

What happens next is anyone’s guess. What do you think? Will Jai Hindley be the Giro d’Italia runner-up or winner in 2020?