There was a new jersey on the team presentation stage at the 2021 Tour de France. Team Bahrain-Victorious wore a strictly limited-edition jersey carrying several messages including, “Riding Away From Obesity and Diabetes” and “Every Pedal Stroke is a Victory.” 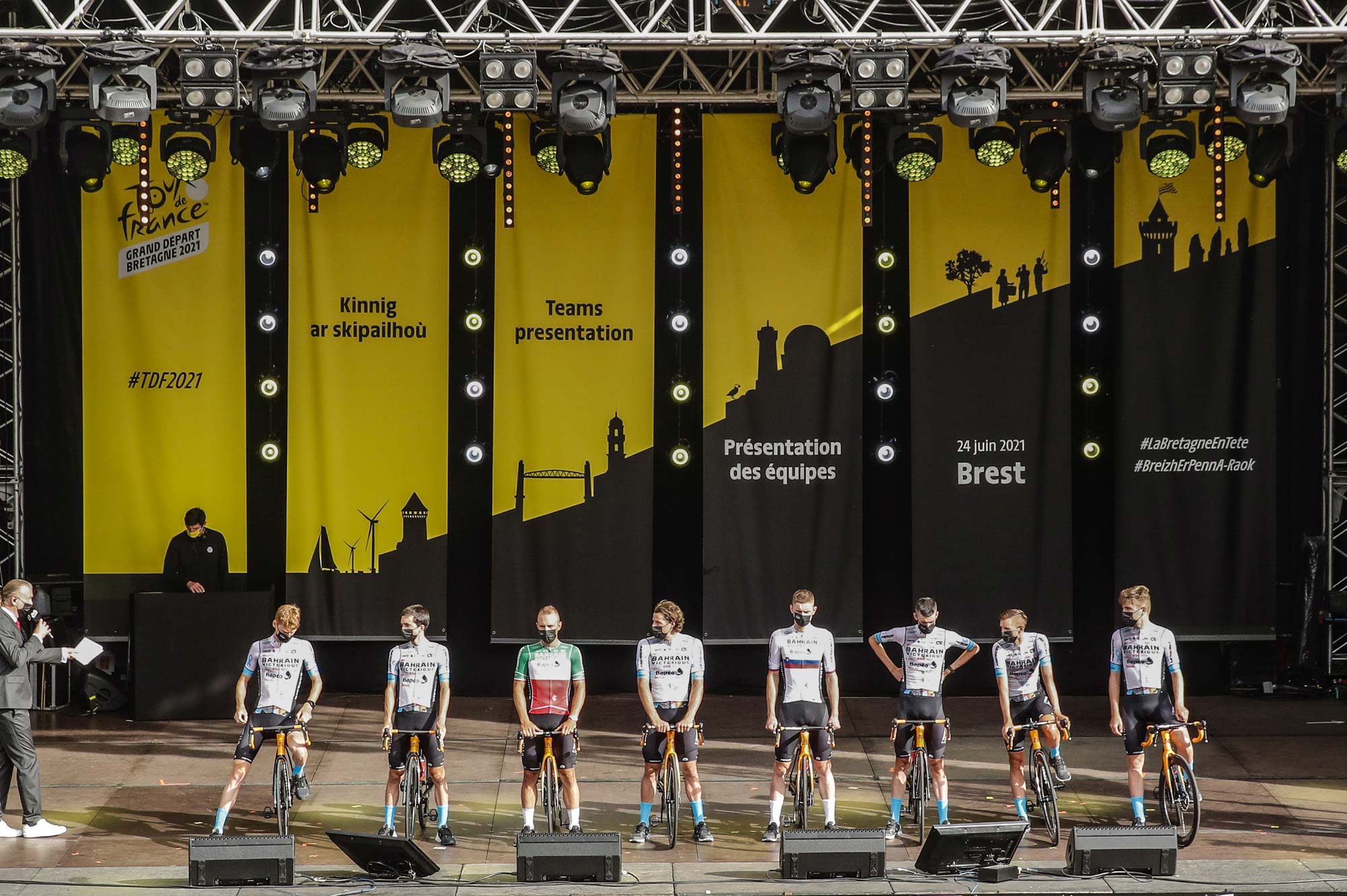 Bahrain-Victorious at the team presentation of the 2021 Tour de France. (Photos: Bettini, via TBV)

A team appearing on the stage before a Grand Tour in a different jersey to what gets raced for the rest of the season isn’t anything new. It’s been happening sporadically over the years, for different reasons – sometimes at the request of race organisers (to differentiate team colours from the leader’s jersey, for example) or in an attempt to generate some additional publicity.

The limited-edition white Alé jerseys worn by Jack Haig, Pello Bilbao, Sonny Colbrelli, Marco Haller, Matej Mohoric, Wout Poels, Dylan Teuns and Fred Wright at the Tour de France presentation in Brest overnight won’t be seen in the peloton. They have been destroyed… with the exception of one that has been held aside as part of a NFT crypto art auction.

“The riders wore a white jersey with blue highlights,” explains the team’s press release. “Known as the ‘maillot disruptif’, the jersey highlighted several key messages about Obesity and Diabetes.

“Following the presentation, the jerseys were destroyed, never to be physically seen again. One has since been minted as a piece of crypto art known as an NFT (Non-Fungible-Token) that will be auctioned off, raising money to combat these diseases…

“The aim is to raise awareness for two prevalent diseases – obesity and diabetes – diseases that can be tackled by driving a healthier and more active lifestyle.”

Haig, one of 10 Australians who will be contesting the 2021 Tour de France, will be the leader of the Bahrain-Victorious team for the race that begins on Saturday. By then, he will be back in the colours worn throughout the season, but the message of the ‘maillot disruptive’ was delivered on Thursday evening in Brest.

“We may not all be able to compete to win stages at the biggest race in cycling,” explains the team in its release, “but we can each work towards our own victories with sport.”

It’s worth noting that the team’s communication about the disruptive jersey concluded with a note of acknowledgement to the Tour organisers, ASO, and cycling’s governing body, the UCI, thanking them for their support of the initiative. It was ‘disruptive’ while, it would seem, also having approval.

Still, the message is clear: ride a bike, it’s good for you. 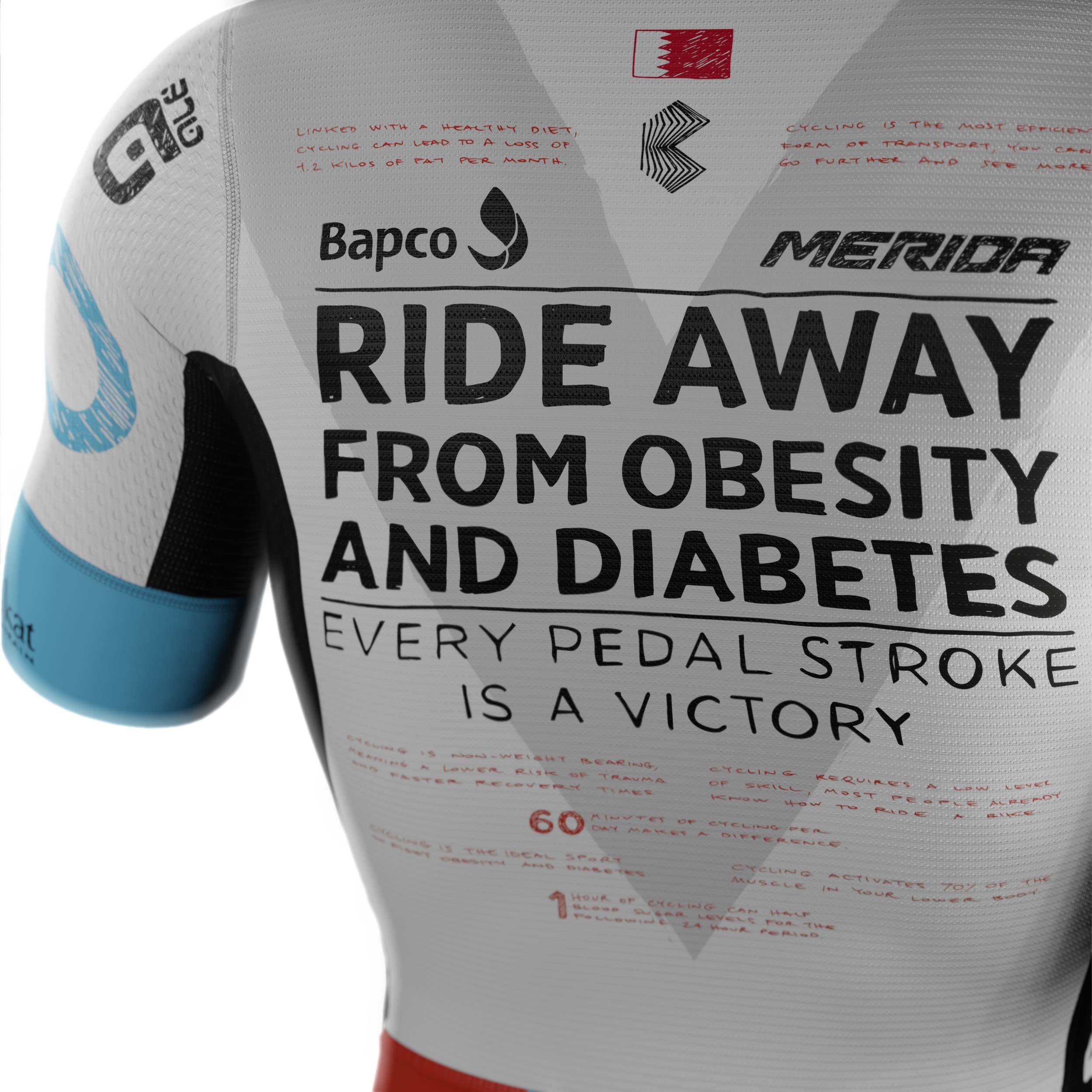