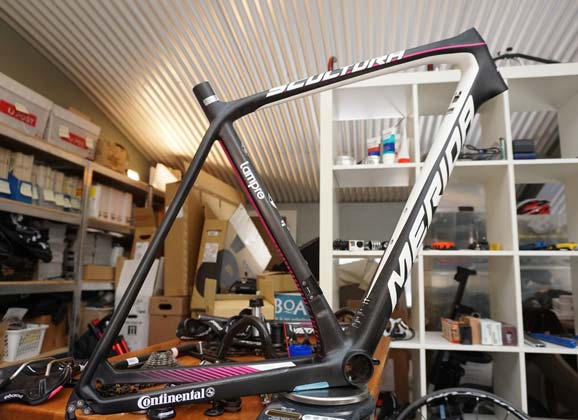 The second bike on test in RIDE #69 is the new, superlight Merida Scultura. In May we had John Deering attend the launch of this bike that made its racing debut at the Giro d’Italia. And in August we received one from the Australian distributors, Advance Traders, for a thorough appraisal. Part of the review process is ‘The Build Report’, written by Jack Lynch after he completely strips back each bike, weighs all the components and then rebuilds it to get a mechanic’s point of view of the entire package. Many photos are taken for each bike and, in the workshop alone, there are many points of interest.

Here is a quick look at the Merida Scultura as it was being built and a brief excerpt of Lynch’s comments for The Build Report.

See the ‘Build in brief’ of other bikes from RIDE #69: Scott Foil • Merida Scultura • 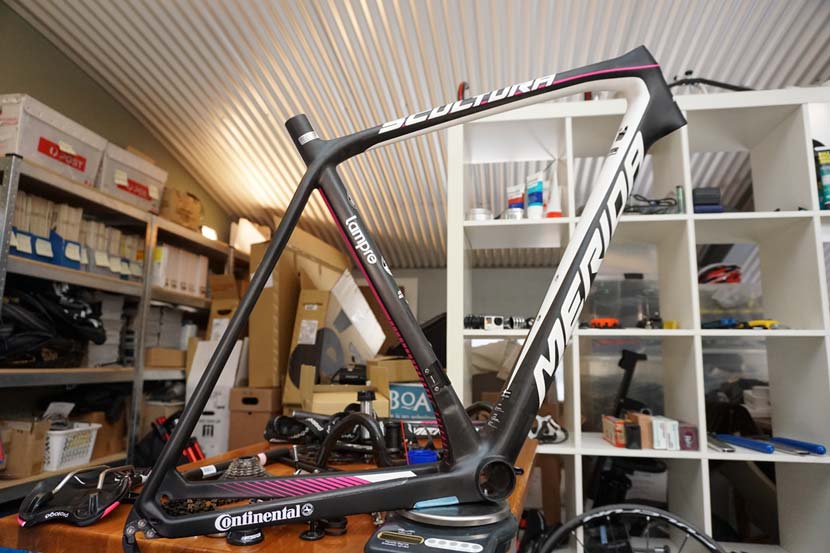 Snapshot of the Merida Scultura build

Looking at the specification list for the Scultura Team is comforting. Every part selected for the Lampre-Merida replica bike is a common brand which RIDE has dealt with often. Shimano Dura-Ace, FSA, KMC, Rotor, Continental and Fulcrum usually come together without stress and this trend continued – there were no problems with the Merida.

There were even a few unexpected delights with this bike.

Due to the rear brake being under the bottom bracket, three cables run through the down tube (brake, front and rear derailleurs). In an effort to prevent them tangling causing friction, the rear gear and brake cables are sheathed with an outer cable all the way to the derailleur and caliper. This is good news for long term shift and brake performance, but creates a rattling problem. Merida’s solution? Lightweight rubber tubing to mute any of the vibration noises which can drive a cyclist to despair. The total weight of these rubber tubes is 11g which is absolutely no issue when it comes to the bike’s lightweight status.

Kudos to Merida for considering how the bike rides and coming up with a simple solution for an inevitable problem. 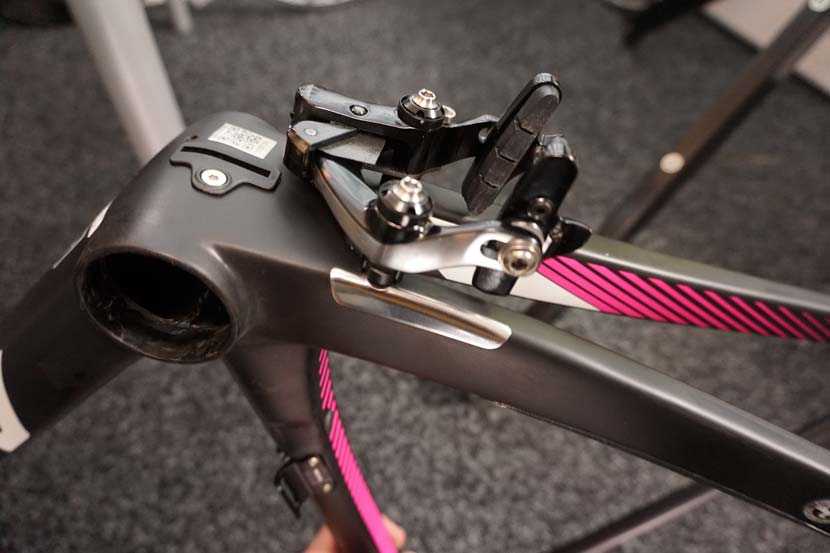 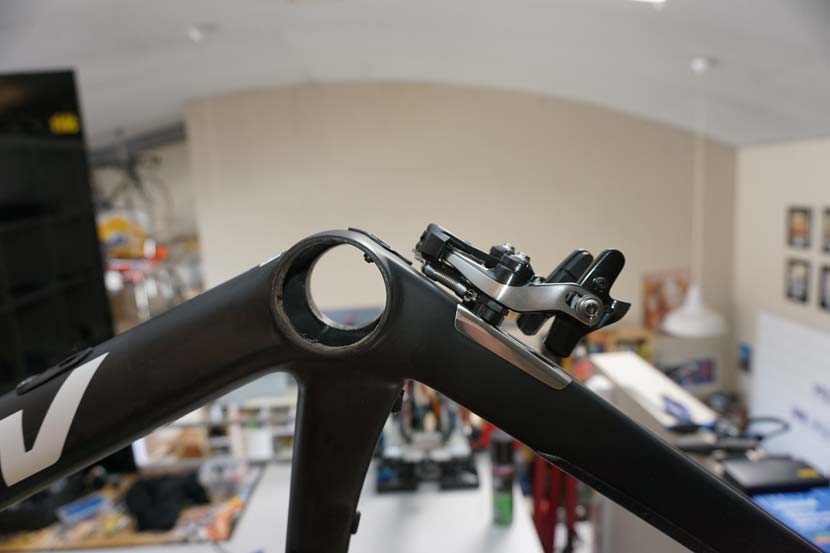 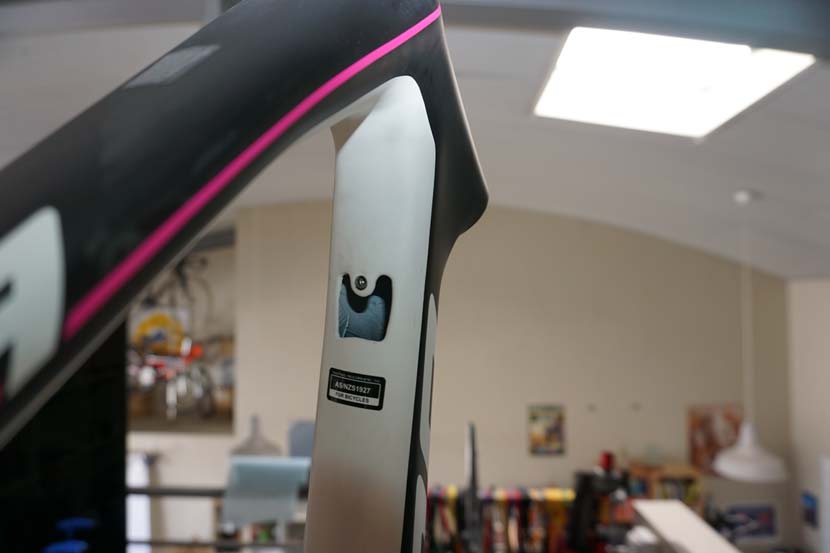 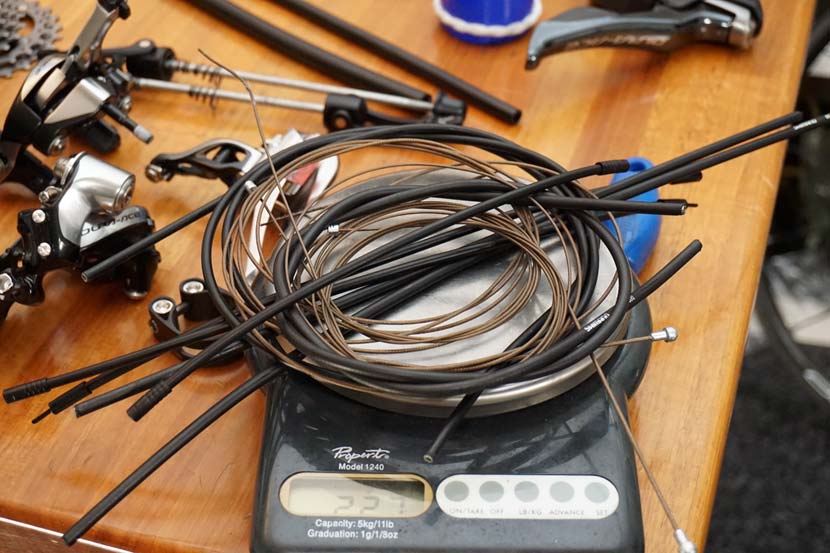 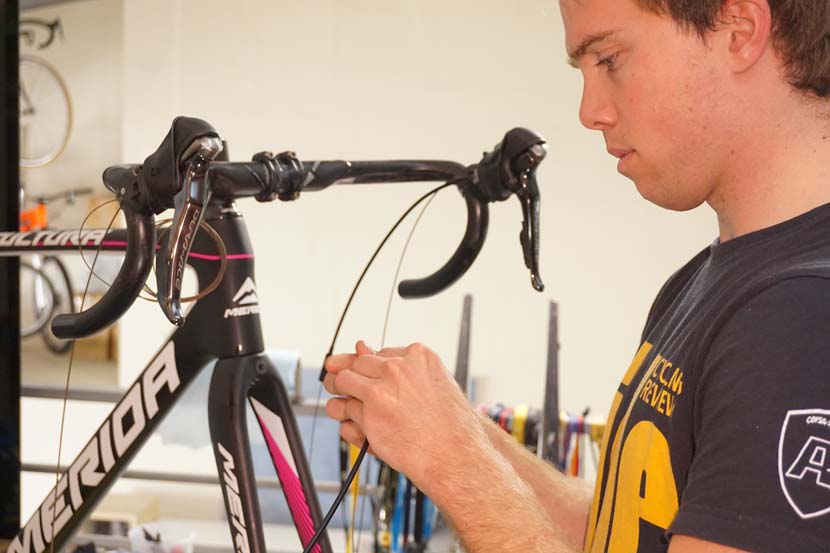 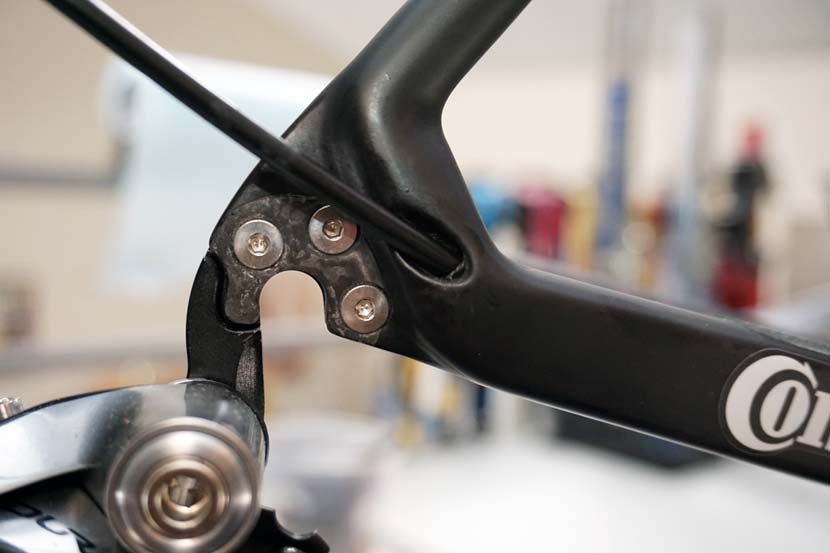 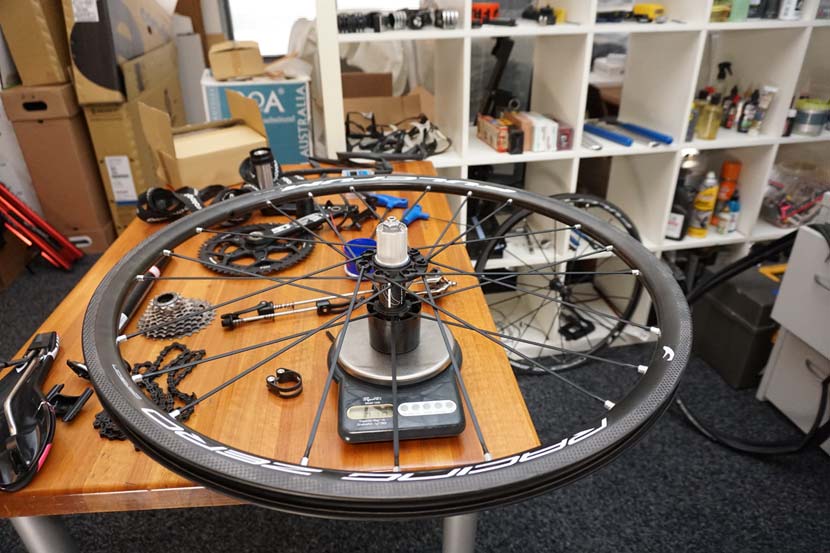