The Trek Emonda is new and improved, so they say. RIDE Media received a review bike – a stunning Project One Emonda SLR with OCLV 800 and SRAM Red AXS eTap – a few days ago. Here is the story so far… from the box, and through the workshop.

“Historically, Emonda has always been our lightest weight road bike. It’s the simplest distillation of everything we think a road bike should be and it’s ultra-light.”

Anders Ahlberg begins his presentation last Friday to a crowd that shows on the screen as 49 at the beginning. He speaks the speak of a marketing man and he takes a drink from his coffee cup. It’s one of many sips from one cup throughout a long online conference to invited media (and a few Trek employees). 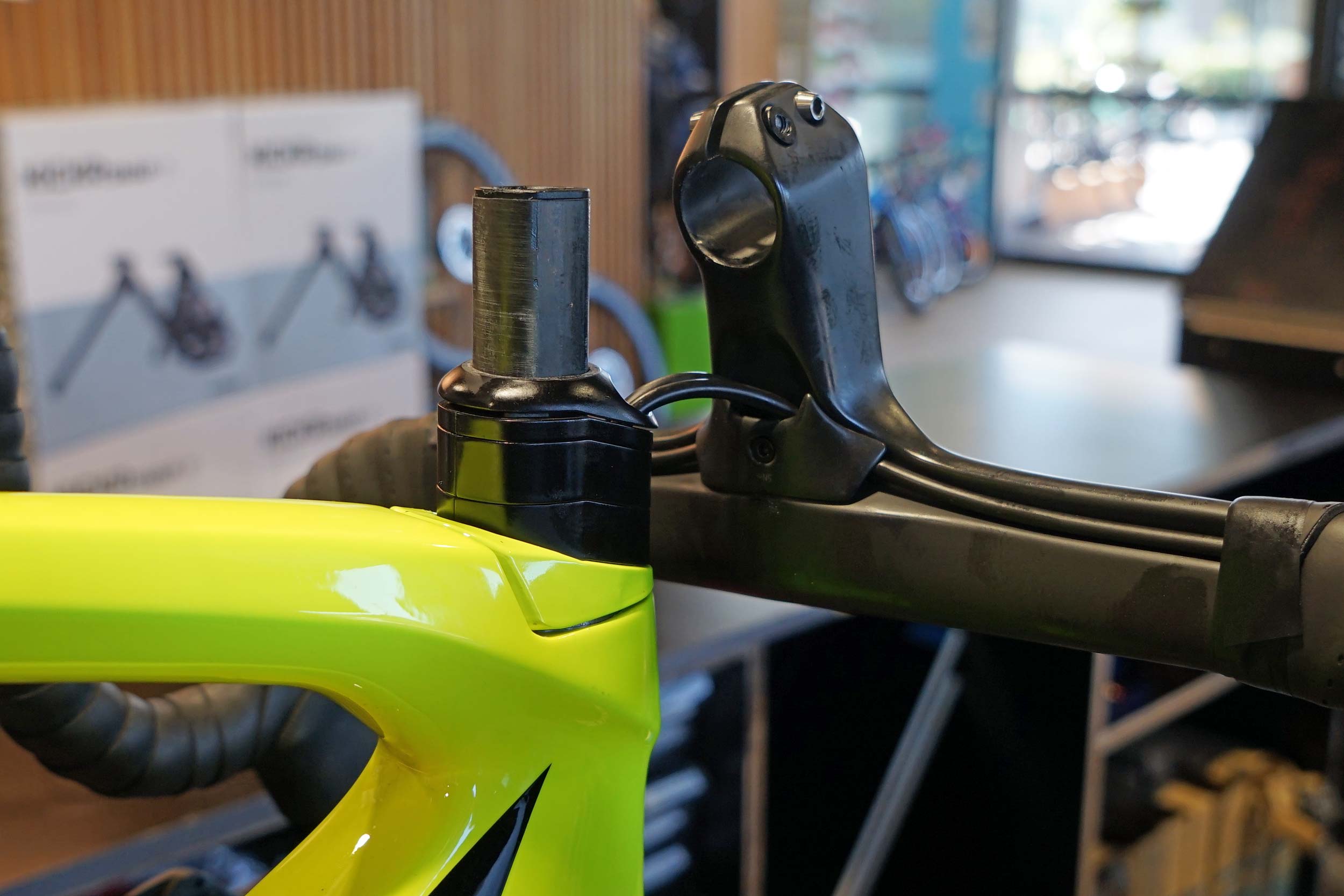 A feature of the reconfigured Emonda is the new neat internal cable/hose routing.
(Watch the bike build video to see how the system works.)

The crowd peaks at around 53, maybe 55 at one point. And there’d be question time at the end. But first, the summary of what this is all about: the new Trek Emonda.

Ahlberg is seated at a lounge in Wisconsin. I’m in Sydney. There are people tuning in from Korea and New Zealand, there are some from Japan who’d also later ask questions. Exactly who has tuned in isn’t apparent, and it doesn’t really matter too much. Needless to say, it’s a fairly international gathering, without – in typical 2020 style – there being any physical gathering at all. 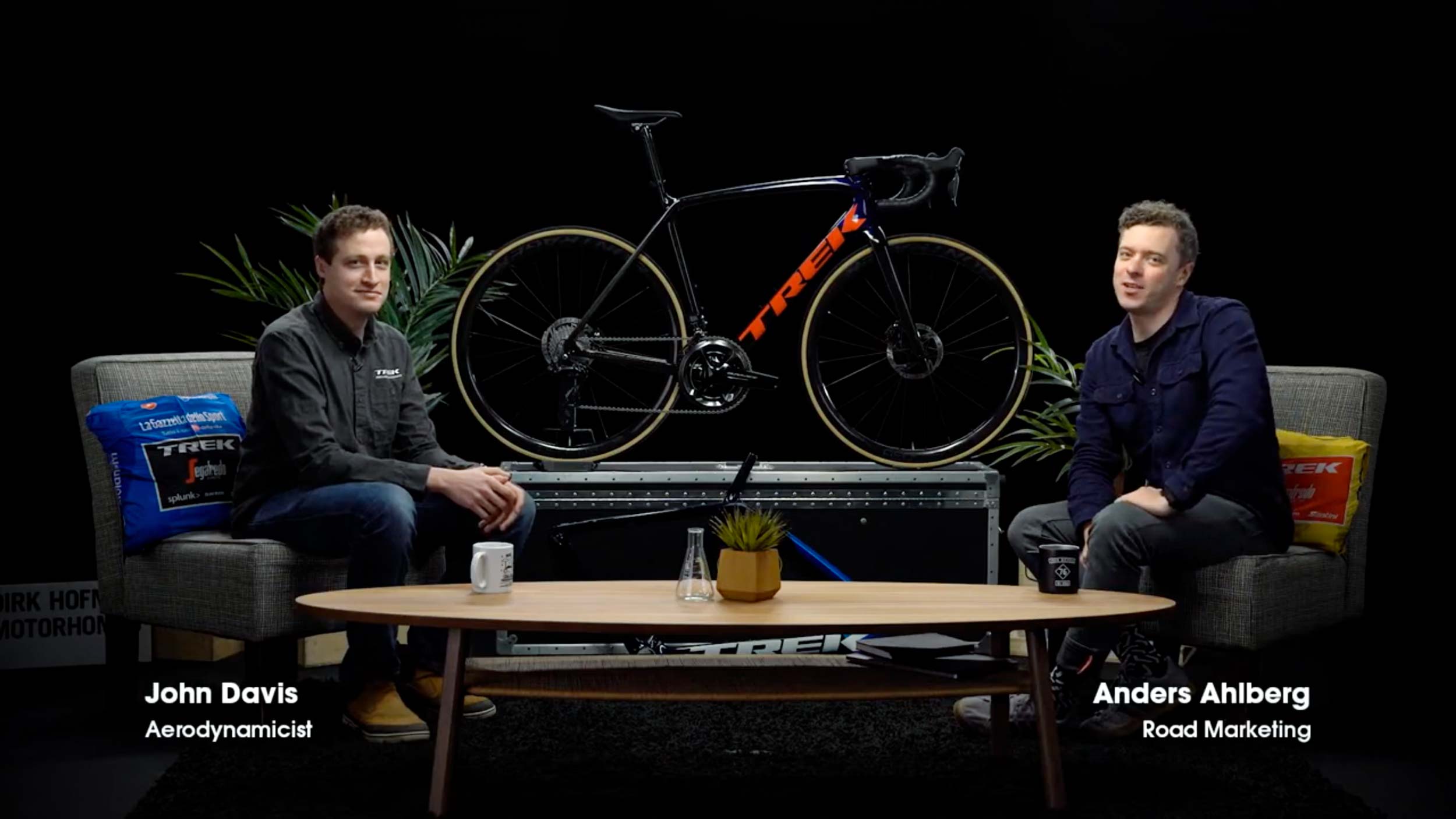 Anders Ahlberg hosted the launch event for the new Trek Emonda via YouTube.

Ahlberg is comfy on the couch. He’s got his bottomless cup of coffee (or is it tea?) and, over the next two hours, we hear from ‘guests’ – some are pre-recorded interviews, others on the set with Trek’s marketing man.

There is talk about the team, tech, new carbon-fibre, wind tunnel testing, and the quest for a fast climbing bike… In summary: it is light, it is aero, and it is improved.

The presentation is going so well. It makes sense to me. I’ve ridden this bike in many iterations since 2014. The Emonda is a personal favourite. I’ve ‘owned’ (er… loaned?) one for a year in the pre-disc days. I’ve been to the launch of the previous Emonda and understand the Wisconsin vibe of Trek. The bike is, as he says, “the simplest distillation of everything we think a road bike should be”. It is also “ultra-light”.

Ahlberg can’t see me. It’s not a conference call. It’s a YouTube presentation. And he later reads my questions out during a Q&A session at the end. I get to learn about the bike, hear from the engineers, understand the changes from the previous model, and ask about the Trek line-up and approach to road bike design… and I don’t have to leave the house. 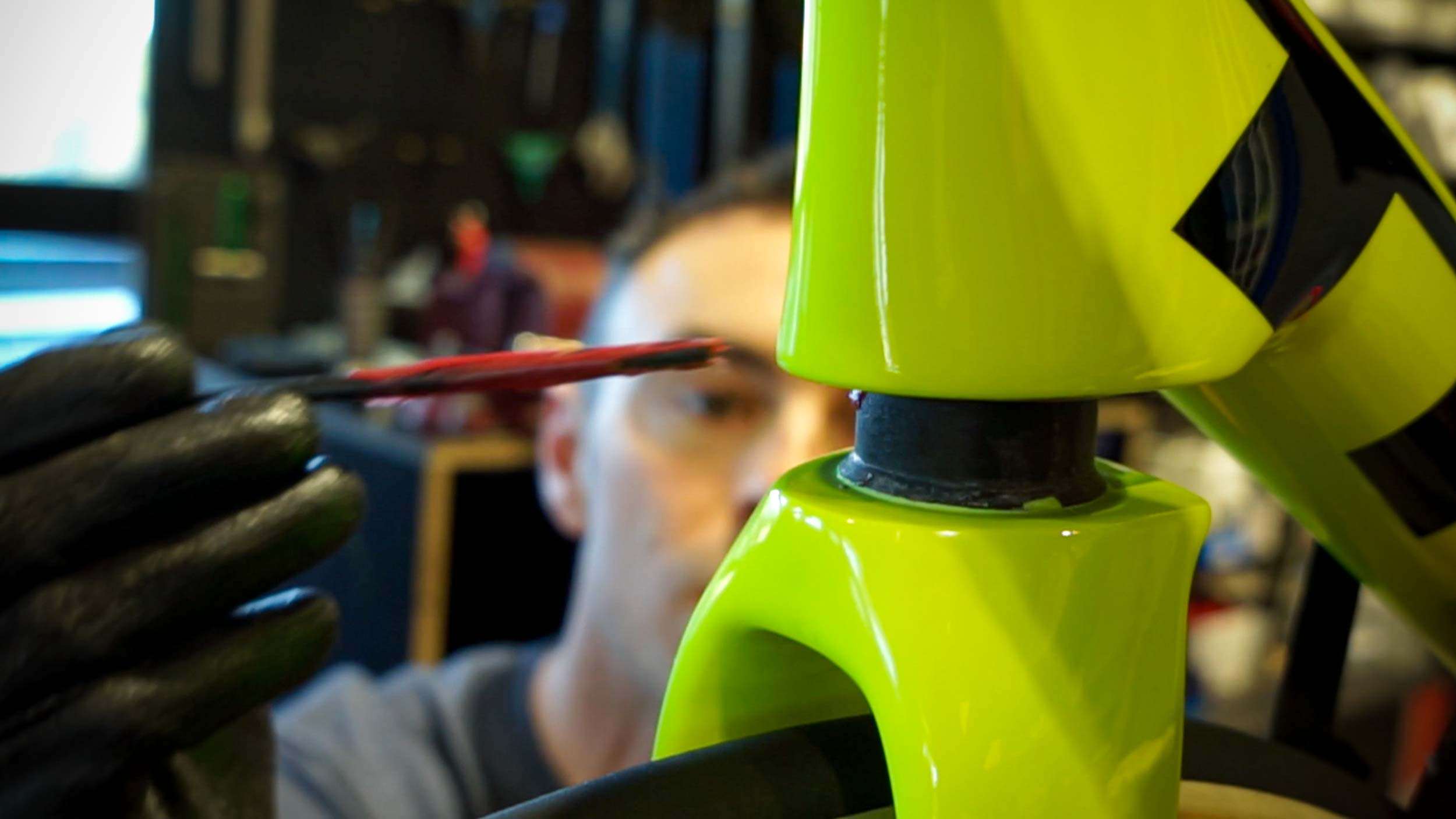 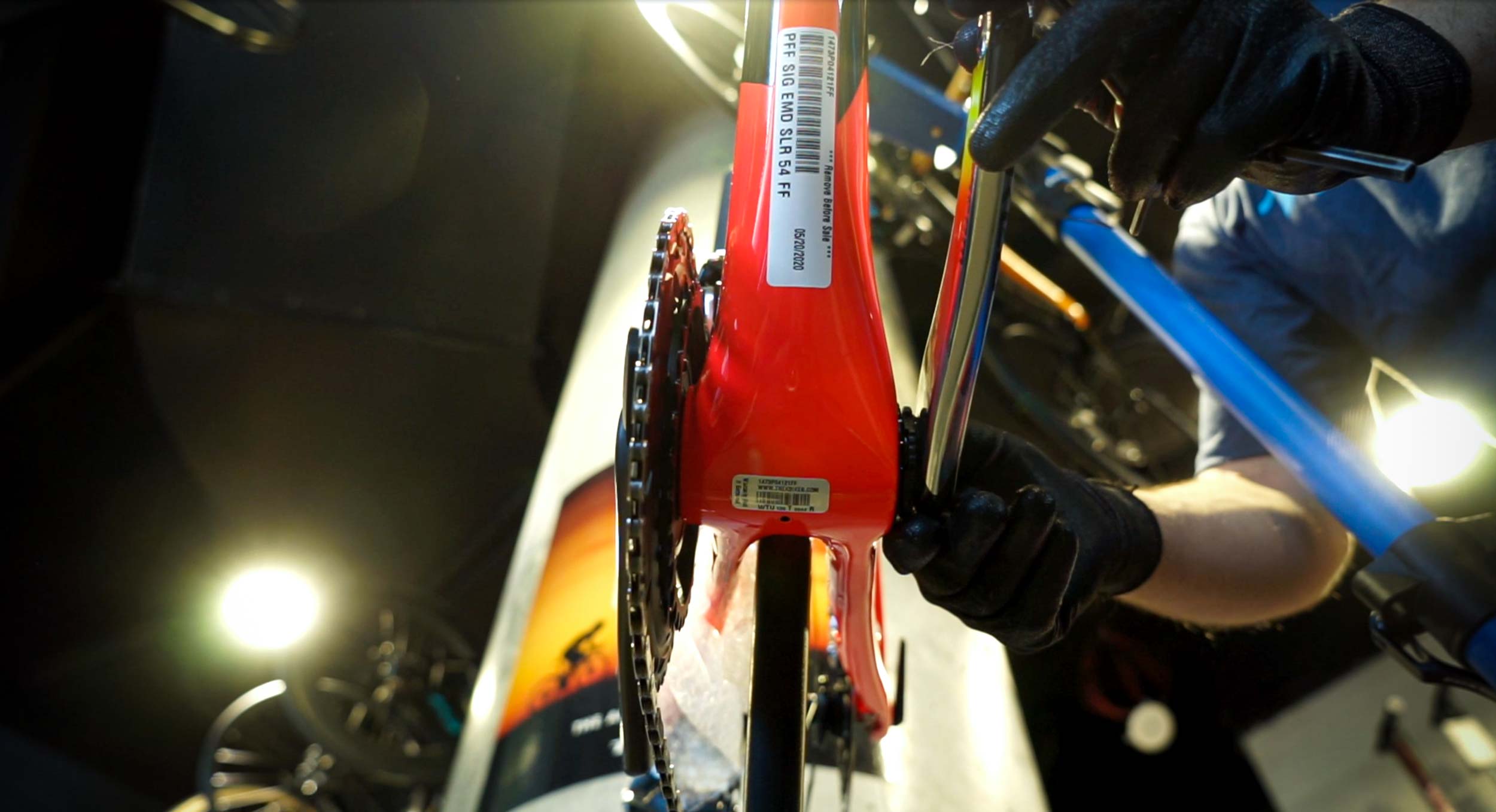 That presentation was last Friday. (I got my review bike four days later, and that will be part of my broader narrative of the new Emonda in the coming weeks.) I’ll also upload a sequence of videos shortly in which you can see Ahlberg ask my questions to Jordan Roessingh, Trek’s director of road. 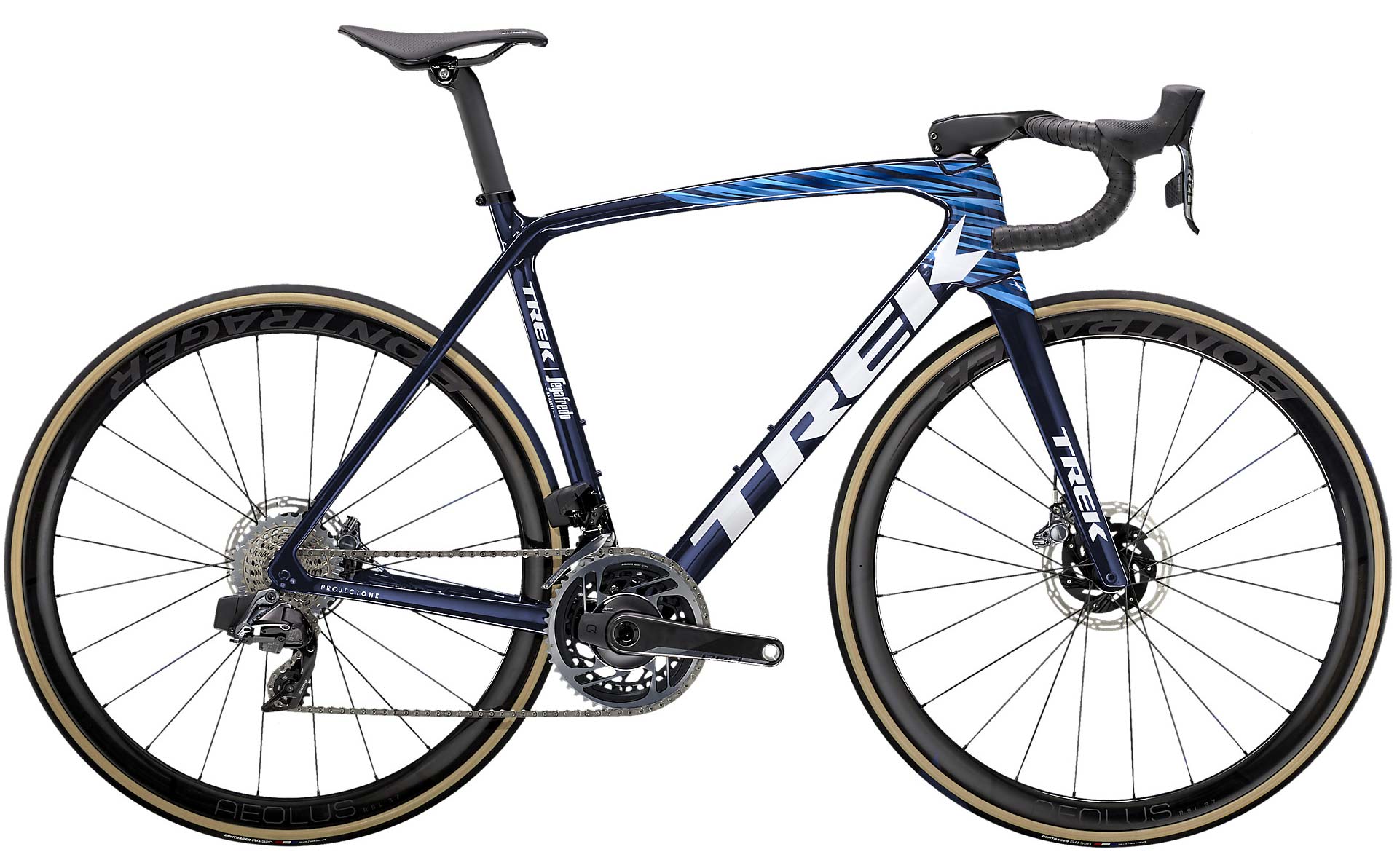 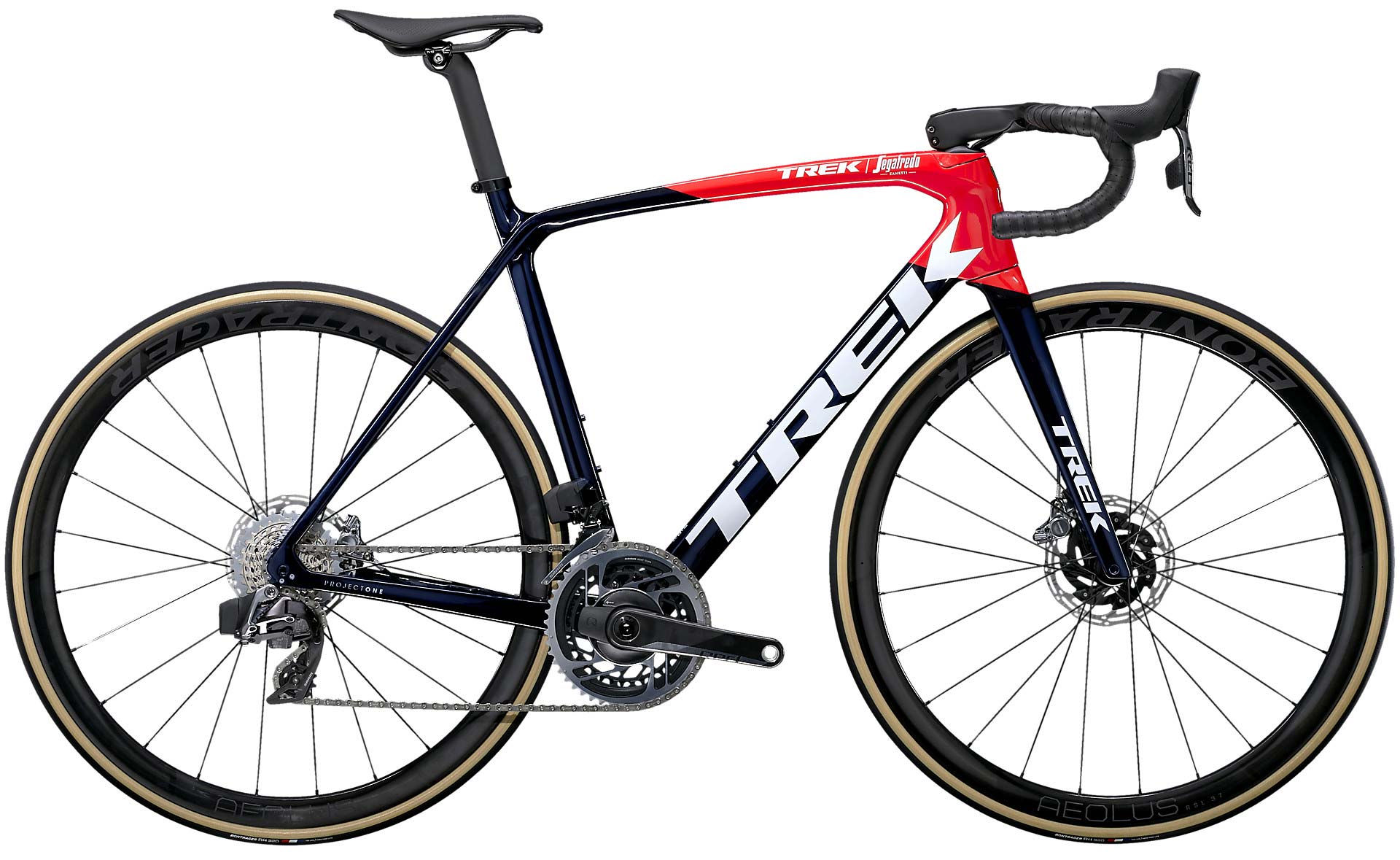 When it’s question time, I start by asking about the three key road models in the Trek range – the Emonda, of course, but also the Madone and the Domane. By now you know the Trek naming trick. It’s not new. There’s a trio of bikes all with the same letters, each with their own sense of purpose.

Light. Aero. Comfy. That’s the respective traits of the three models from Trek, so the brochure says.

Now the Emonda is also more aero and, with some tweaks to the frame, it could even be more comfortable to ride. And so, I’d ask: will there be a time when this trio of bikes morph into one and Trek will just have one launch to manage every few years rather than the three we’ve come to expect since the Emonda first appeared in 2014?

Roessingh says no, and then he expands on the reason why. “I think we’re always going to have some level of categorisation of different bikes.

“Domane is really our endurance road bike,” he continues. “You have specific fits associated with that.”

It’s clear he understands the question and has surely considered it many times while working on the various ranges, but he’s also on the set to explain the benefits of the new Emonda. Next year he’ll probably do the same for the Domane. And, going on tradition, the year afterwards it’ll be the Madone.

“You see those platforms migrating potentially,” Roessingh continues. “So, Domane – in its latest iteration – is more versatile than it has been in previous versions.

“The Madone, we define as really as our ‘ultimate race bike’ – it’s our most aero bike.

“Emonda is now our fastest climbing bike, our lightest bike.

“And then we have other products, obviously, in the road portfolio…”

He talks about Checkpoint, Trek’s gravel bike range and how the growth of that particular cycling niche has started to influence market demand. And he acknowledges that lessons learned from R&D into one model has served others well.

Still, it’ll remain three names in the main road bike range for some time. “I don’t think we’re necessarily going to consolidate those down,” says Roessingh, “but I do think those [bike models] are going to move with trends as we go through year after year and we see how riders are riding road bikes because that evolves all the time. We have to respond to what riders are really looking for in a road bike.”

The Emonda of 2020 is indeed a thing of beauty. It was always light, that’s the main goal of the brief to designers: lightweight climbing bike, please. The new iteration is, yep, lighter. It’s more aero (so they claim). It’s also tidier up front and, in theory, quieter (and more serviceable) down below.

In the coming days, we’ll report more on this bike and try to explain its riding characteristics (now that the embargo has lifted and the Emonda can be seen on the streets) and talk through other observations made while riding the high-end $15,799 Project One Emonda SLR. But the bullet-point overview from the launch is this: 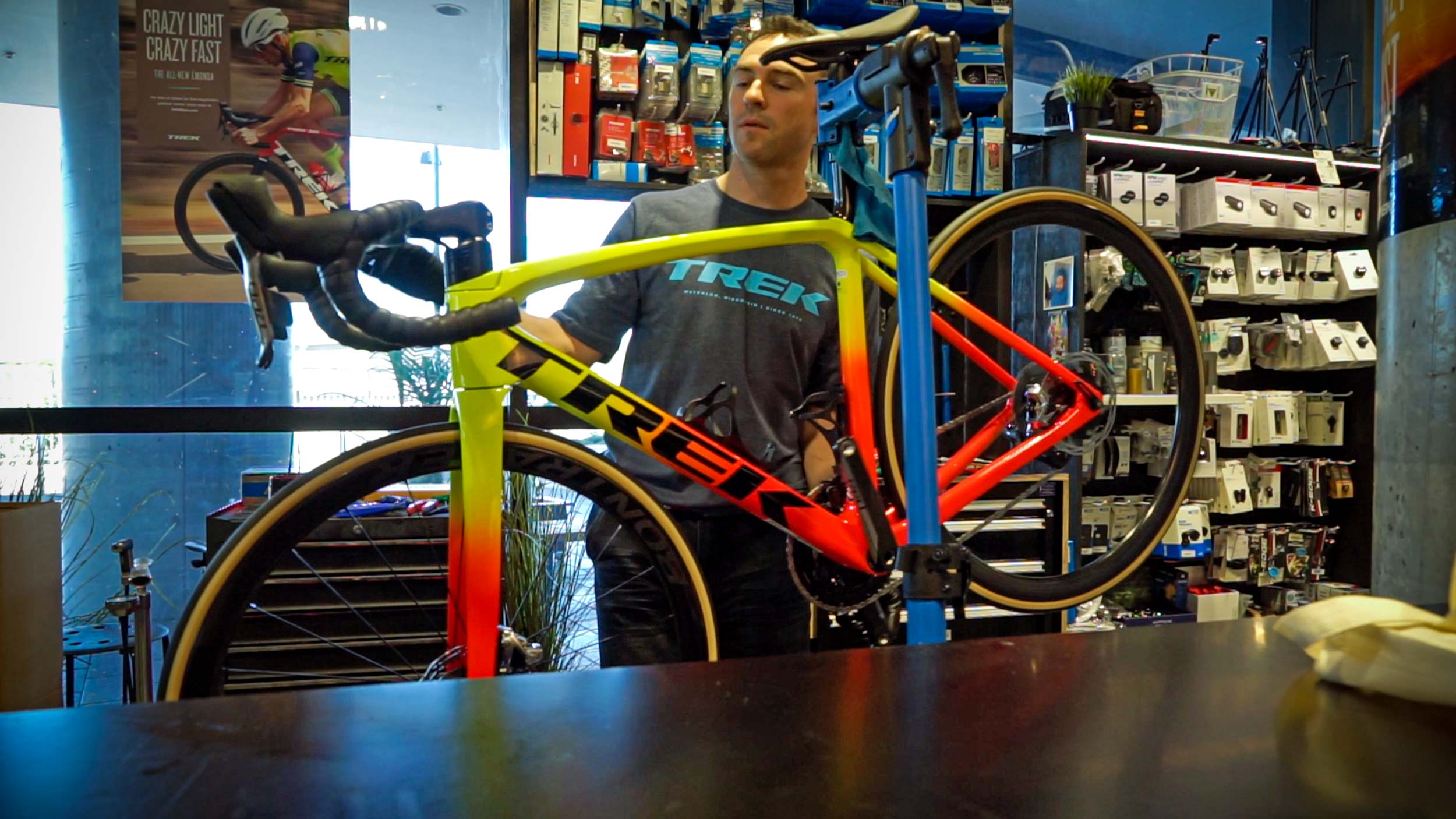