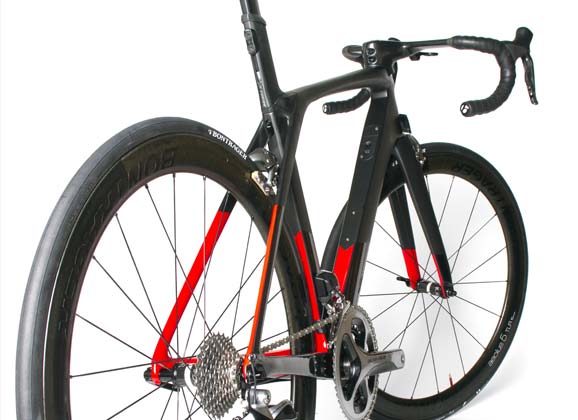 The first of the five bikes on test in RIDE Cycling Review #70 is the Trek Madone 9.9. “There’s a whole lot of really fantastic, well considered quirks about this bike,” said Rob Arnold.

Jack Lynch has written the review of this complex, completely reconsidered bike and he very much liked what he rode.

“What I really like about the Madone – and I’ve always said this – is the wheelbase length just seems to be perfect,” said Lynch. “You can really tuck into a tight corner with it but it doesn’t feel so short that it’s twitchy. It’s just this strange balance that Trek’s nailed and they always talk about the ‘Madone feel’ and how a Madone is different to all other performance bikes out there…”

Click the photo below to begin the slideshow of 20 images of the Trek Madone 9.9.

“It’s Rob having a chat about the Trek Madone – or, as it’s [sometimes] called in the office, the Trek Mad One. I have to admit, this is not my first ride but I’ve just gotten back from what’s ride number three on it.

“[After] the first one I had to adjust my position a little bit because the saddle was a bit low but the last two have just been glorious rides – and I don’t think they’re going to be my last [on the Madone] either.

“When I saw James Stout’s pictures from the launch in Waterloo in May, I knew that I wanted to have a go on this bike.

“The more I ride it, the more I like it.

“It is interesting to note: I am in the market for a new bike. I am very much considering this one because there is so much that’s good about it.

“The way that it rides is plush. The geometry of Trek has always suited me. The fit is perfect. The component spec is immaculate. The look is wonderful. The decoupler does work – you get a little bit of comfort. The seat deserves special mention. The seat pillar deserves a special mention… there’s no leg rub.

“The centre-pull of the rear brake means that there’s none of the brushing of cable that I do get with a lot of other bikes.

“But then, I do wonder about some of the elements.

“It’s designed to be aero and it does ride like an aero bike. It’s super-fast and it goes up to speed very easily, and once you’re there it’s super-plush and it’s lovely to ride.

“But the brakes have been designed with aero in mind; they’re custom-made [for this frame] and they’re simply wonderful to look at. I love the centre-pull idea and all of the things [associated with the calipers] even with the ‘clip wings’ [Vector Wings] at the front, which move if you have to turn the bars a lot. It looks great and it’s functional and everything… but I kind of do like traditional calipers. They just do work a bit better.

“If it was my bike, I’d want all of the elements of what we see in this Madone but probably just with [traditional] caliper brakes. That’s a little bit of a contradiction because these brakes are so much a part of the bike.

“I’m really looking forward to seeing what Jack has to say when he rides it because he’s been a long-time Trek user; he can distinguish the difference between one frame and another.

“For me, I know that I’ve ridden them for a long time and I’ve been on pretty much every iteration of Trek that has come out in the last 15 years – certainly the high-end carbon ones – and they all ride really nicely.

“They’ve reinvented the bike. They’ve made a lot of integration: clamps for lights and a wonderful bar/stem combo that looks great and deserves a little bit more of a mention than just a passing reference in a round table discussion.

“There’s a whole lot of really fantastic, well considered quirks about this bike.

“It’s not cheap but there’s a reason for that. It’s absolutely wonderful fully built the way that it is.

“It’s hard to fault and is very much pleasant to ride.

“If I had three thumbs they’d all be standing right up. I’ve got big praise for this bike.” 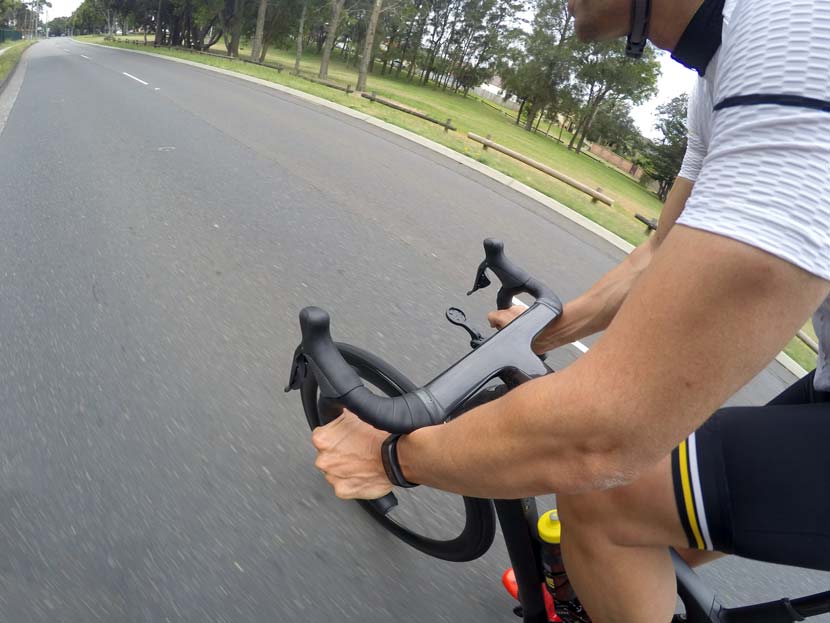 The bar/stem combo is a stunning package that offers comfort is almost every position… but when riding hands in the drops (and out of the saddle) wrists are susceptible to bruising because of how they meet the top of the handlebars.