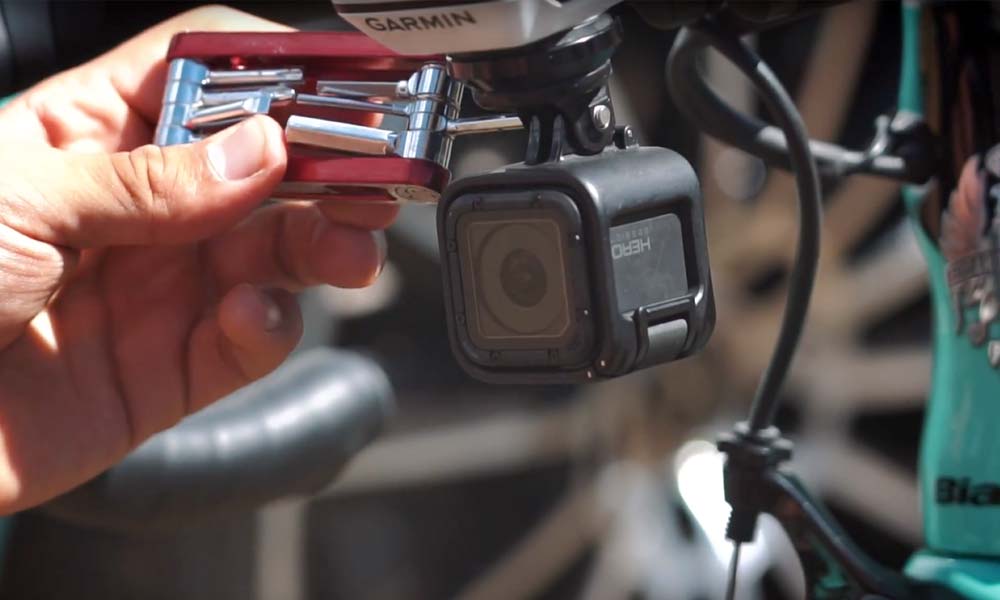 It’s not a new theme but we return to a discussion about cameras on bikes because now is the time for cycling to make a positive pitch to the public and showcase what’s cool about our sport. We just need the officials to allow it to happen.

Did you get to see any of Tirreno-Adriatico? It was on Eurosport in Australia and it is clear that the links with Velon and RCS are good. There were plenty of add-ons to the coverage that were absent from Paris-Nice, contested concurrently for several days. Both the week-long WorldTour stage races last week had considerable live coverage on TV but only the Italian one boasted an impressive array of on-screen data during the broadcast.

You could see Froome’s power in the TTT. You could get an understanding of the output of other star riders. And it would be shown in real time, as can be done in the modern world.

Pro cycling is finally evolving, and we get to see information that was previously not presented. This is a good thing for cycling.

“Did you see the race on the weekend?”

“Yes. I liked… [insert comment about what’s been seen and enjoyed.”

And, ta dah! People tell other people about it. And perhaps those other people will tell someone who didn’t see the race about it and, just like that, a larger audience sees cycling.

The concept isn’t complex but the application of these ideas, it would seem, can be difficult at times.

Still, progress is being made. Not that long ago, the UCI was opposed to allowing riders to use cameras in racing. Eventually, the administrators came to the realisation that, ‘Hey, if people see the race, they might like the race.’ 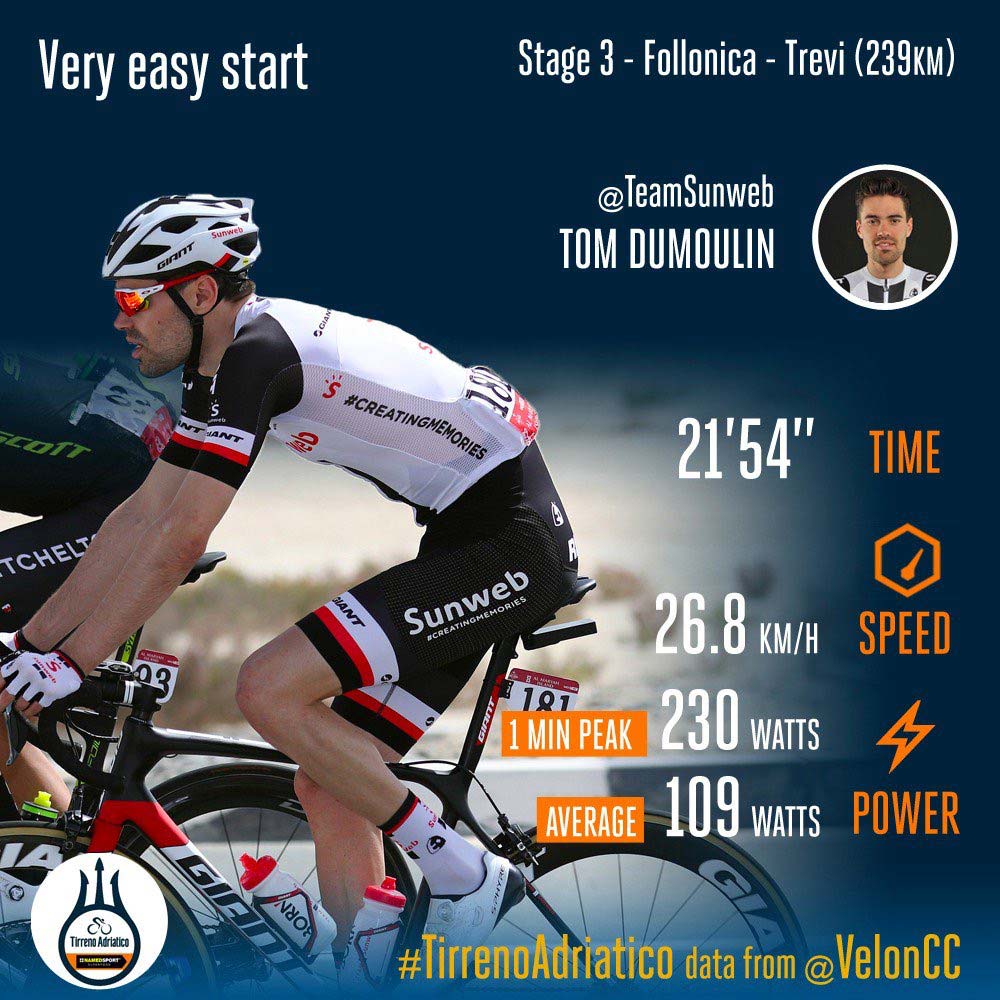 Tom Dumoulin was one of many high profile riders who shared their data during Tirreno-Adriatico.

And so it would be that a group like Velon would emerge and start trying to make the most of the situation. Improvements are being made in the way that pro cycling is being broadcast. And there’s a lot more scope yet.

The on-bike footage is one element, the on-screen data another… and it won’t be long before it becomes as ubiquitous as stump-cam during the cricket, the electronic review at the tennis, or the video referee at the footy.

Technology has a way of muscling its way into the sporting world. And clever sports are able to utilise modern products to enhance the broadcast. Even cycling is trying to embrace new gizmos and gadgets to make the sport more relevant, more understandable, more promotable.

On a local level, cameras on bikes are already common. In your bunch, there are probably a good percentage of riders recording the morning session. In the local crit, it’s possible to capture some images and data and have it online and shared on myriad media before nightfall.

For Club Land, there is scope to provide exposure for sponsors, teach young riders about race craft, and possibly even entertain the guys and girls in the peloton who are making the most of their cycling lives. And usually all this new tech is embraced and utilised to get the best possible outcomes.

But… then along comes one official who wants to adhere to his interpretation of the rules and, all of a sudden, there’s a sour note injected into an otherwise positive commentary on the benefits of utilising tech in our sport. 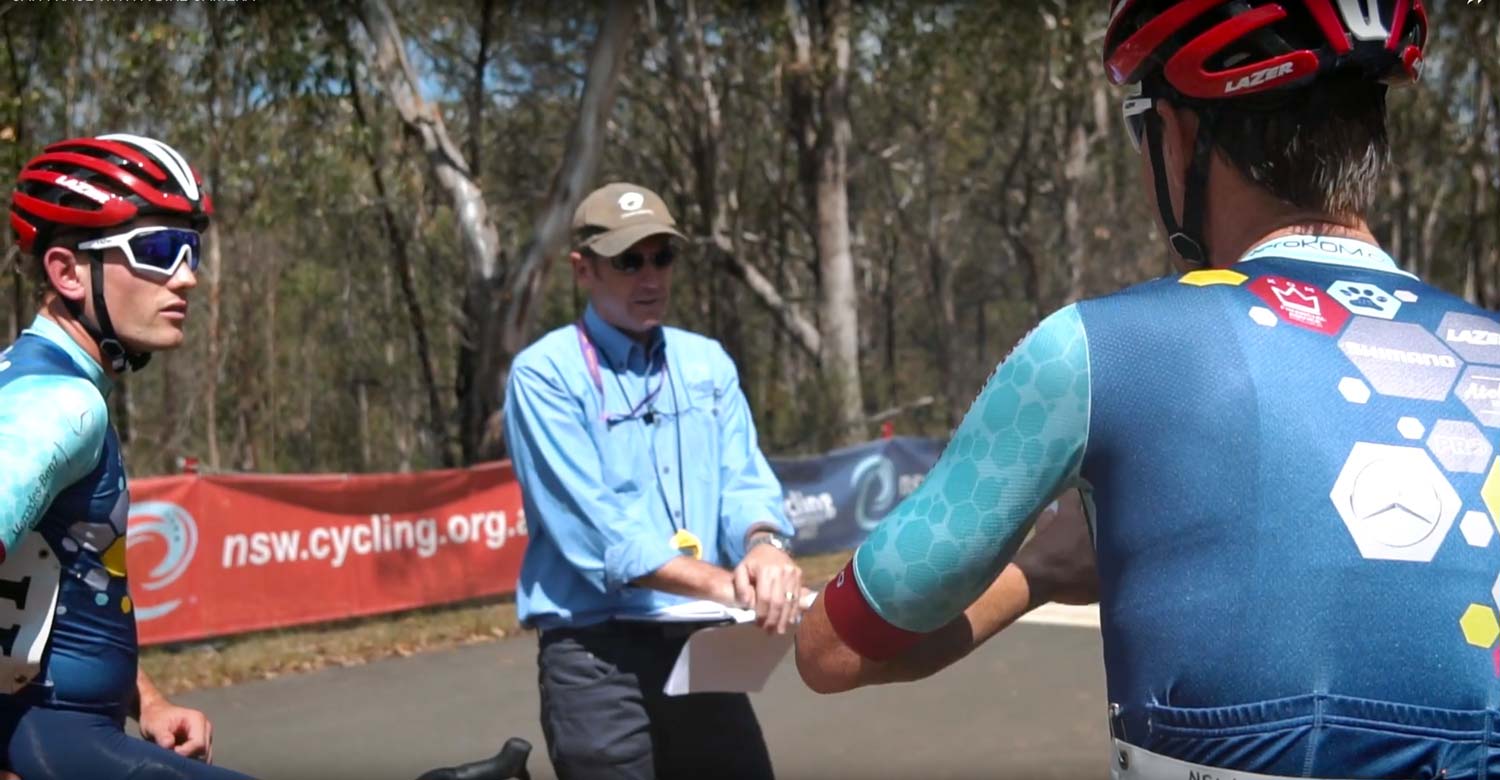 I met Chris Miller the other day. We spoke about his vlogs and his team and his kit. He also explained a situation at the NSW criterium championships on the weekend. It involved an official, a request to see a “bike camera licensing form”, and the subsequent insistence that a camera be removed from a bike.

Two minutes before the start of a race that received no media coverage, cameras were removed from bikes and no footage was collected.

– Chris Miller explains the details of the interaction: watch the clip –

Imagine what might happen if a clever bloke with a bit of personality – who happens to own a team – is building up a following through clever editing and good footage was actually able to use the tech at his disposal. You know, it could be good for cycling.

Tim Guy captured in action by Chris Miller during a race near Wagga Wagga this March (above).

At this point, we need to be wary not to just be whinging, and to show respect for the officials who are policing the racing, making sure that rules are adhered to and taking the time to rally the troops and hand out race numbers and collate the results and… do all the things that need doing if a bike race is to be run smoothly. And we do acknowledge the effort and selfless sacrifices of many involved.

But we also ask: why would any official not let a bloke film a race as he’s done umpteen times before simply because he couldn’t, on a whim, produce an email with a confirmation that he had indeed been granted a bike camera license?

Elsewhere footage was collected in races around the world last weekend. It happened in the WorldTour and it probably happened at a few local crits.

People other than those pedalling in the peloton may have seen some of that action. Some may have even become inspired. Some may even become members of Cycling NSW. Some may even go on to a big pro career. Some may just turn to their loved ones after watching a YouTube clip and say, “You know what we should do next weekend, kids? We should go and race our bikes.”

This is cycling. It is cool. It is healthy. It is an amazing sport. It doesn’t take much to ignite some passion. But the officials who want to hinder the processes involved with promotion should realise that by doing so they … well, they are hindering the growth of cycling.

Just look at the terms of the licensing conditions (published below). They aren’t unreasonable. There is a fair dose of logic written down. There are benefits for the camera user and administrator alike.

Apply the rules with a little bit of common sense and everyone could win.

Insist on handing over a form two minutes before a state championship race and all you’ve done is create another loss for cycling.

The tech is there. The rules have been written. There is acceptance from riders, teams, organisers, and fans. There is no need for gruff admonishment of someone with a bit of creative flair and a willingness to edit some racing into a highlights package.

There is a need for cycling to keep evolving and embracing change. If the sport does that, it’ll prosper. 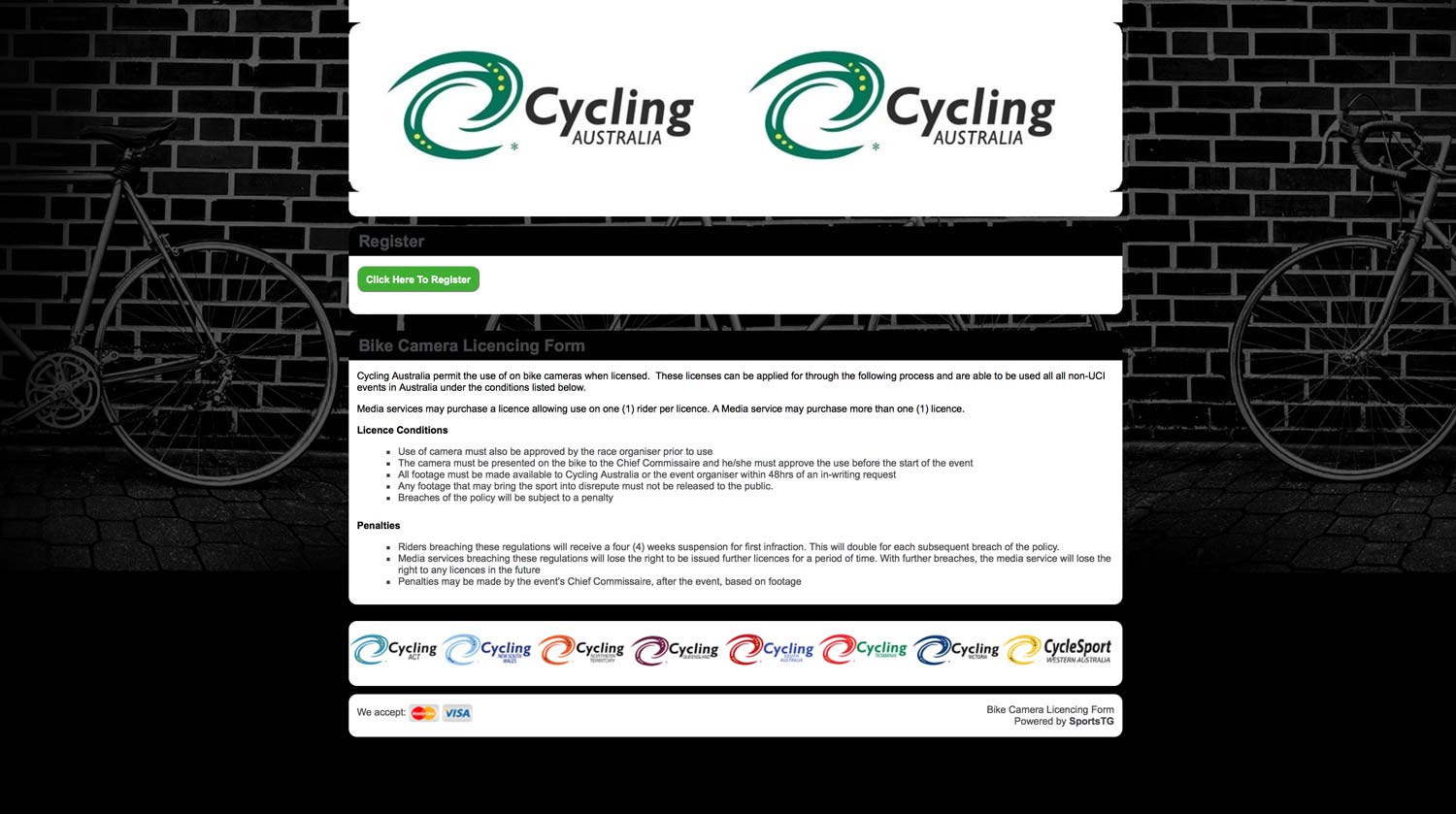 Cycling Australia permit the use of on bike cameras when licensed.  These licenses can be applied for through the following process and are able to be used all all non-UCI events in Australia under the conditions listed below.