As the start of the delayed 2020 Tour de France draws closer, we consider the likely starters and ambitions of various teams. Bora-Hansgrohe provided a quick summary of their approach for the race that begins in Nice on 29 August. 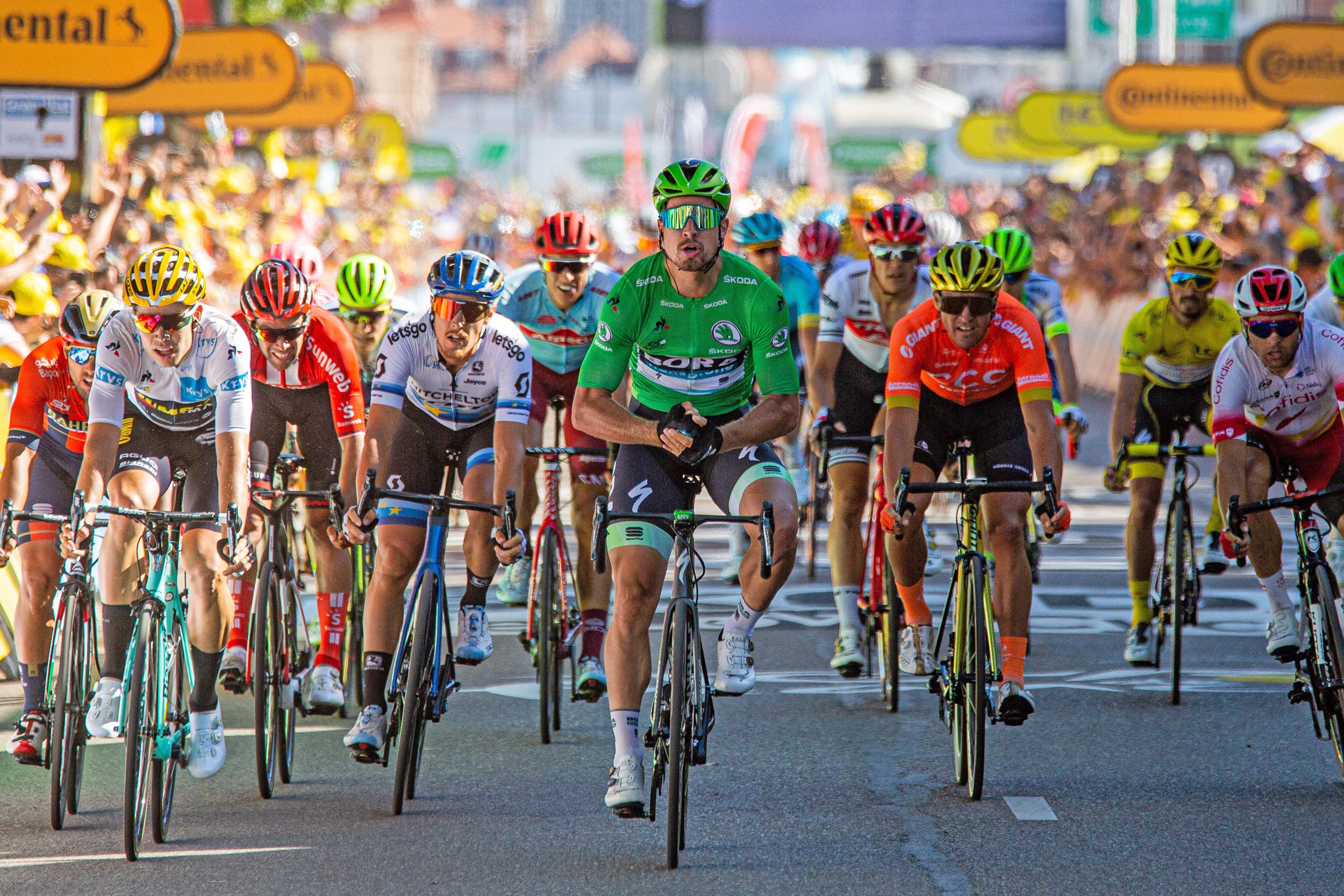 In early June, when the postponed start of the 107th Tour de France was still 80 days away, Bora-Hansgrohe had already whittled down a shortlist of likely starters from the 27 on its roster. The list of 12 includes two obvious candidates: the seven-time green jersey winner, Slovak superstar Peter Sagan, and last year’s fourth-place finisher, Germany’s Emanuel Buchmann.

It’s a logical list. There’s plenty of promise, considerable history, and one particularly huge reputation amongst that selection of 12, and it points to a two-pronged approach in 2020.

When asked about key objectives and leaders, the answer was rather obvious: “GC Podium with Emanuel Buchmann, green jersey and stage wins with Sagan.” 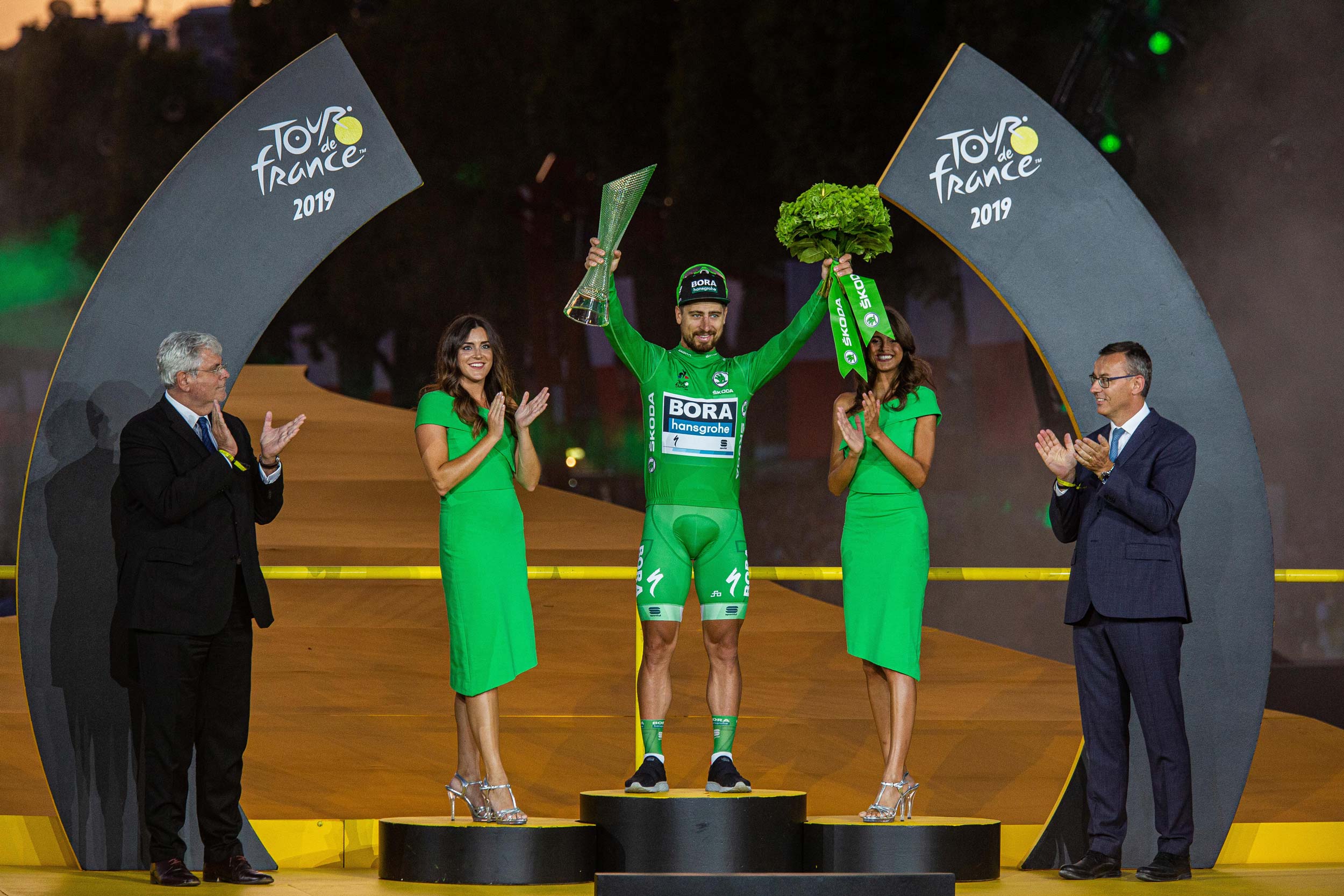 Since his debut at the 2012 Tour, Peter Sagan has won the points classification every time he has made it to Paris. He’s won 12 stages over the years and although he has plans to contest the Giro d’Italia for the first time this year, the 30-year-old is always expected to deliver at the Tour.

Buchmann, meanwhile, gets co-leadership at Bora-Hansgrohe drawing on support from a cast that is likely to include the winner of one of the (few) stage races contested so far in 2020. Max Schachmann won the opening stage of Paris-Nice in March and took the title of the race that was cut short (by one stage), with an advantage of 18 seconds over the versatile Belgian Tiesj Benoot. 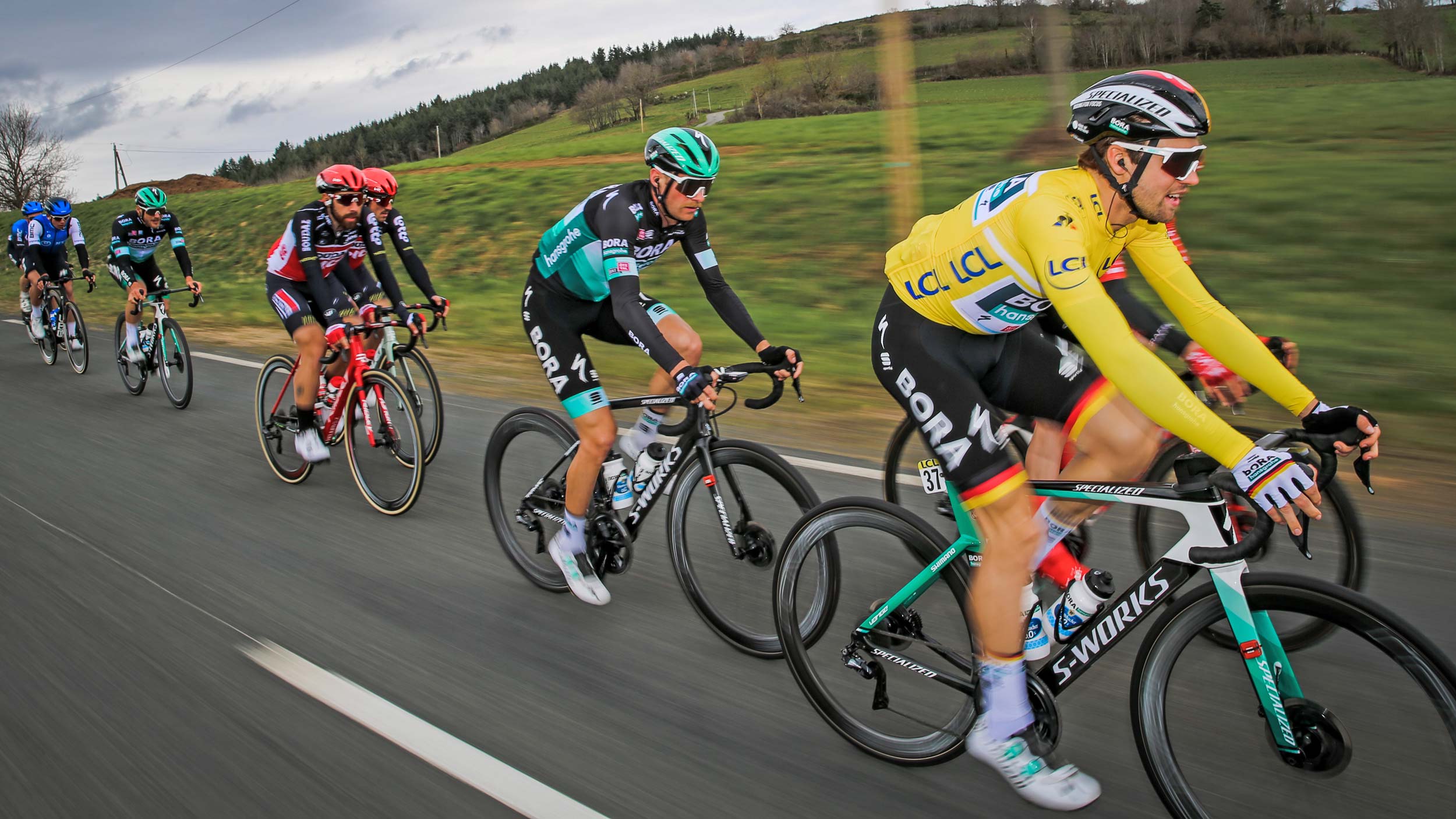 The impact of the pandemic entirely changes how races are previewed but, when asked what the biggest differences for the team in such an extraordinary year, Bora-Hansgrohe’s PR officer, Ralph Scherzer brushed over the impact with a couple of short sentences. “It’s not really different,” he said. “Training camps and days at altitude will be similar. Race days are less, but it’s okay… we think.”

The two-pronged approach – chasing both green and yellow jerseys – isn’t new, but it rarely goes well for teams with hopes sprint stage wins and a good GC result. The 2019 results suggest Bora-Hansgrohe is able to manage this delicate balancing act well.

Sagan sprinted to victory in Colmar in stage five last year and collected a total of 316 points for the green jersey, well clear of the next-best rider, Australia’s Caleb Ewan who won three stages and earned 248 points in his first Tour.

And Buchmann, at just 26 last July, continued to improve his GC ranking in what was his fourth Tour start. He’s finished 83rd (2015), 21st (2016), 15th (2017) and fourth. And although there was a stronger focus on other GC riders during the thrilling Tour in 2019, Buchmann reached Paris in fourth overall, just 25-seconds shy of the podium! 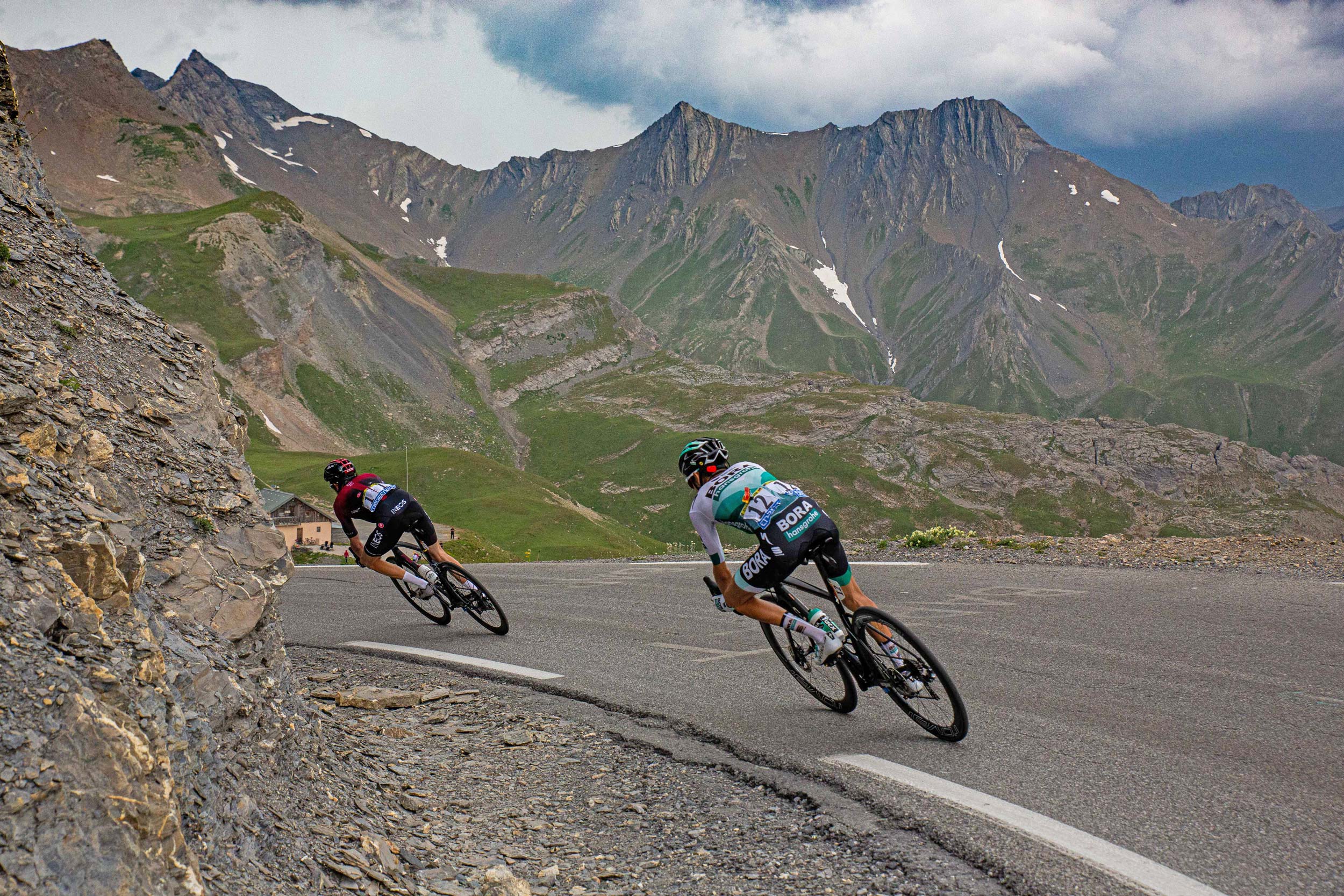 Preparation was interrupted for Bora-Hansgrohe but the team has been quietly getting ready for the race that would, in an ordinary year, now be at the halfway mark.

“First of all, they had a quite easy period,” said Scherzer about changes to routine because of the pandemic. “But when training started again we had individual programs for each rider and their coach. We’ve had the first training camp together in Ötztal, Austria (12-30 June). So,” says Scherzer, “from now on preparations are quite normal.”

“Normal”? In 2020? That’s a little abnormal for most but the attitude at Bora-Hansgrohe seems to be: have problems, seek solutions.

When asked if, beyond the riders, others on staff have been impacted by COVID-19, Scherzer again seemed at ease.

“Not really,” he replied. “Of course, we have special COVID measures which are based on infection prevention through hygiene and behavioural regulations, well thought-out control over work processes and contacts, and clearly regulated medical measures such as targeted COVID-19 testing.” 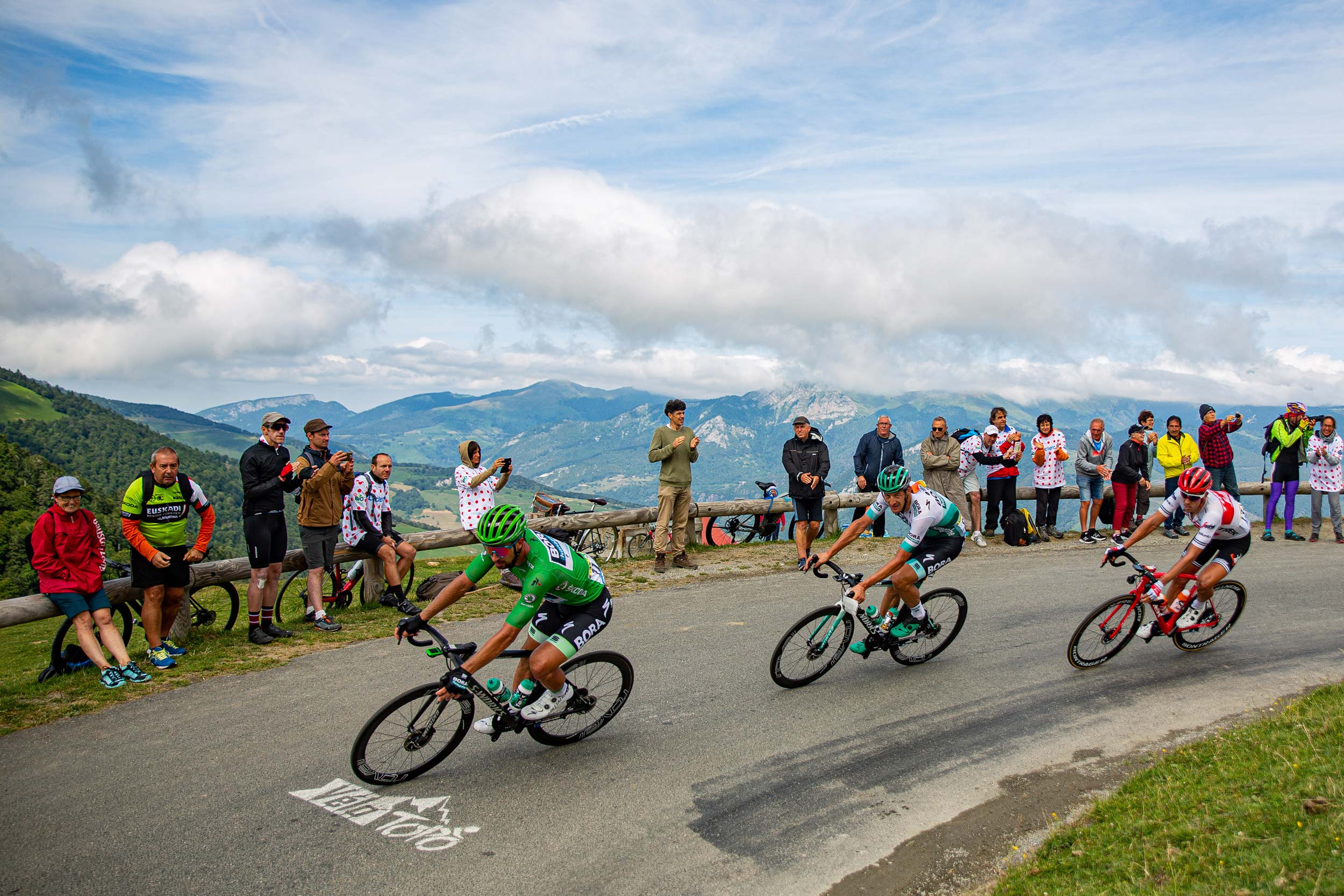 On a route that has been dubbed “the most mountainous ever”, it seems logical to back a climber like Buchmann. The German will benefit from the lack of TT kilometres, with only one individual test included on the Tour’s itinerary in 2020, and that’s the tough penultimate stage to La Planches des Belles Filles, which will suit his strengths.

And Sagan, as we know, can surf wheels and fight for stage wins on flat and undulating days. Going on tradition, he will enjoy support from the charismatic Italian Daniel Oss and the ever-reliable German, Marcus Burghardt.

There isn’t a lot on the menu for sprinters, but Sagan is versatile, strong, and there’s every reason to believe he’ll be vying for yet another green jersey in 2020.

Interestingly, when asked if there was one day that Bora-Hansgrohe believed would be pivotal, the flattest stage on the schedule for September was the one nominated by the team.

“The 10th stage can make huge differences if there is wind,” says Scherzer, referring to the race from Île d’Oléron to Île de Ré after the rest day and transfer north from the Pyrenees. “This will be a more crucial day than some mountain stages.”

Even if it’s a PR officer’s comment well before the race even starts, it’s an ominous warning for other teams. A flat stage, the only one on the Atlantic coast in 2020, and early talk about wind… and we know what can happen if Sagan is motivated when echelons form. He’s won like that before and the force of his conviction has resulted in exciting racing and significant splits in the peloton. 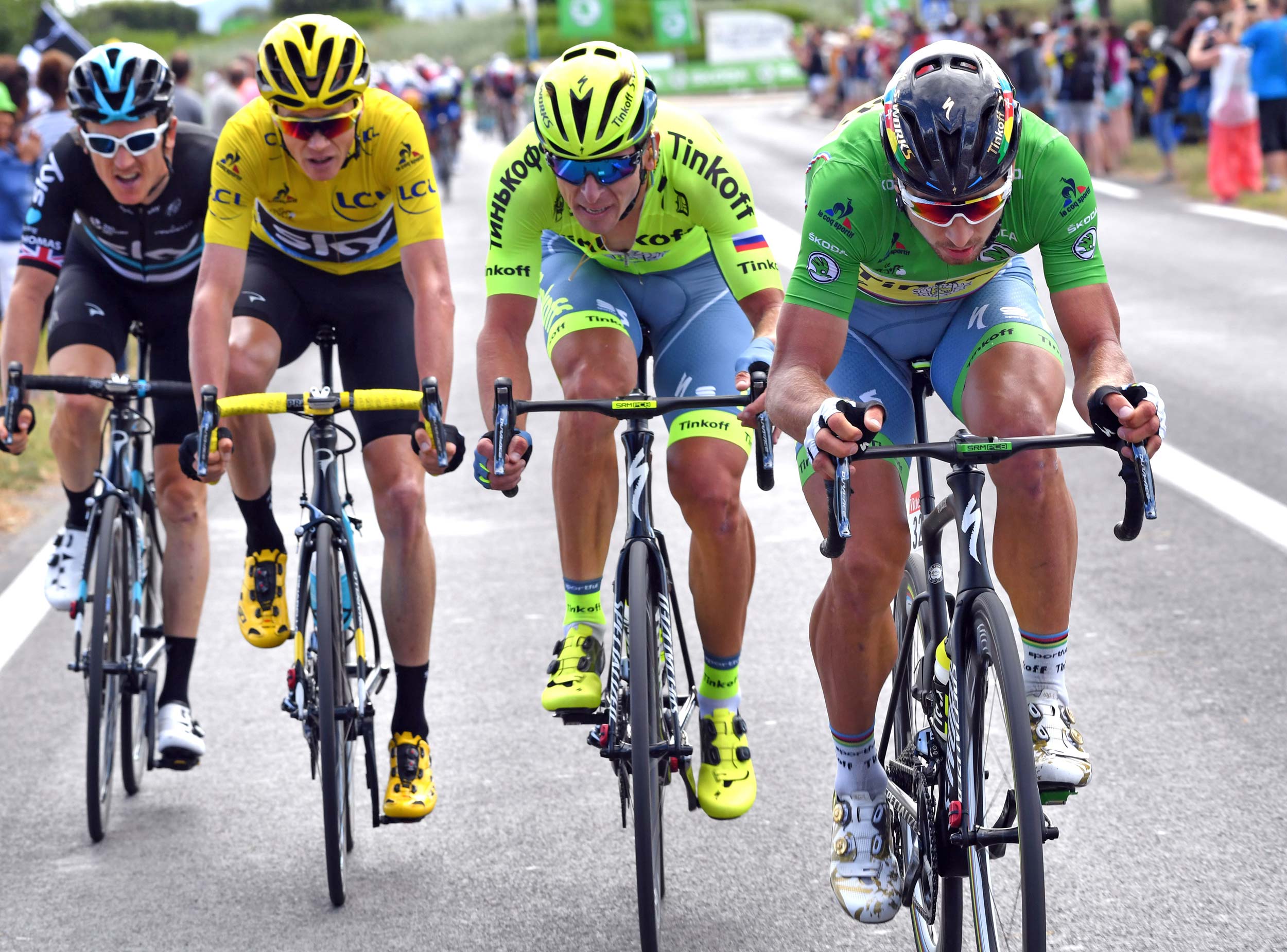 For Bora-Hansgrohe, the future seems secure but of course they are also wary. “Nobody knows at the moment,” replied Scherzer, “but we think there is a big chance that a lot of smaller races will disappear, which means also infrastructure and number of riders at teams will decrease.”

Finally – and crucially – does the team believe the Tour de France will start (and finish) in a year when so many other sporting events have been cancelled? “Yes,” says Scherzer, adamantly, “there will be a Tour in 2020.”

A few years ago, we caught up with Daniel Oss to find out more about him, his cycling history, and why he rides. It is more than a job. Watch the interview, click the link below.