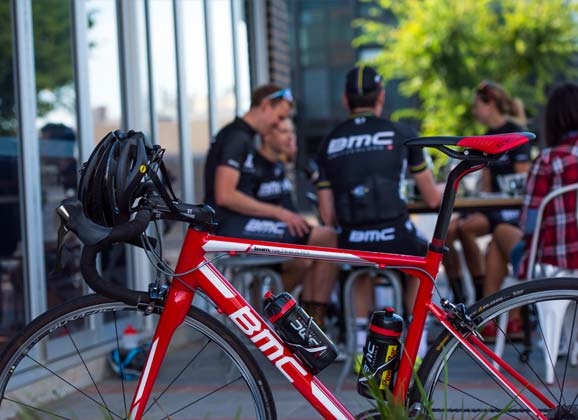 Cadel Evans one year since competition

As we approach the one-year anniversary of Cadel Evans’ retirement from professional cycling, it’s a timely chance to remind readers of a fabulous BMC prize that’s on offer for those who subscribe to RIDE. It’s a bike that’s higher up the BMC range than what the former Tour de France champion now opts to ride…! 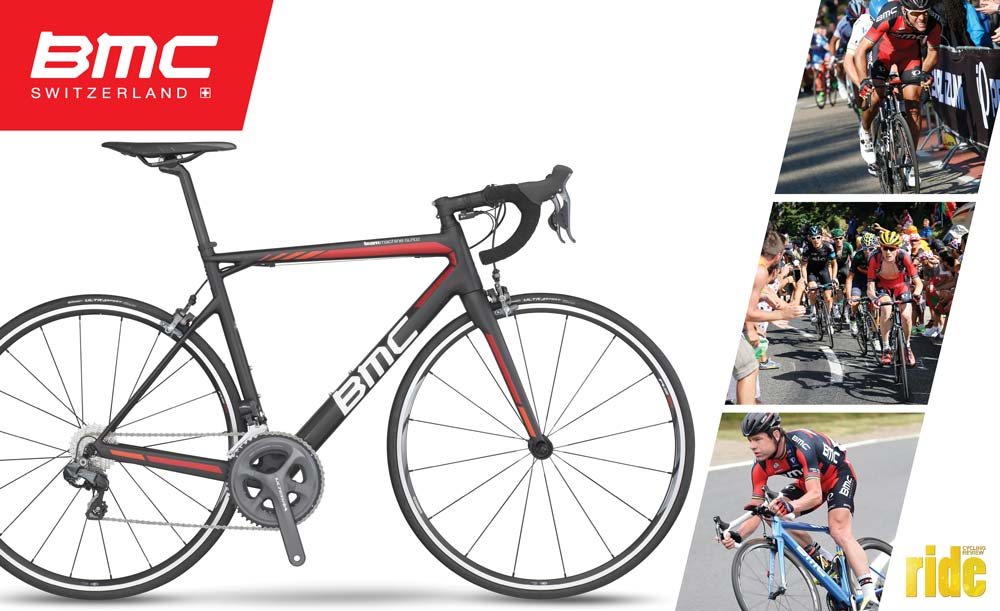 One year and four days ago Cadel Evans was presented with a special-edition blue BMC bike. It was a BMC teammachine SLR01 with a carbon-fibre frame and a few special touches added by the bike company that sponsored the team he competed with as a professional rider at the time.

He was a professional cyclist for two decades but on 1 February 2015 he became a rider.

His special-issue blue BMC bike was the one that he would use for the final race of an impressive career. 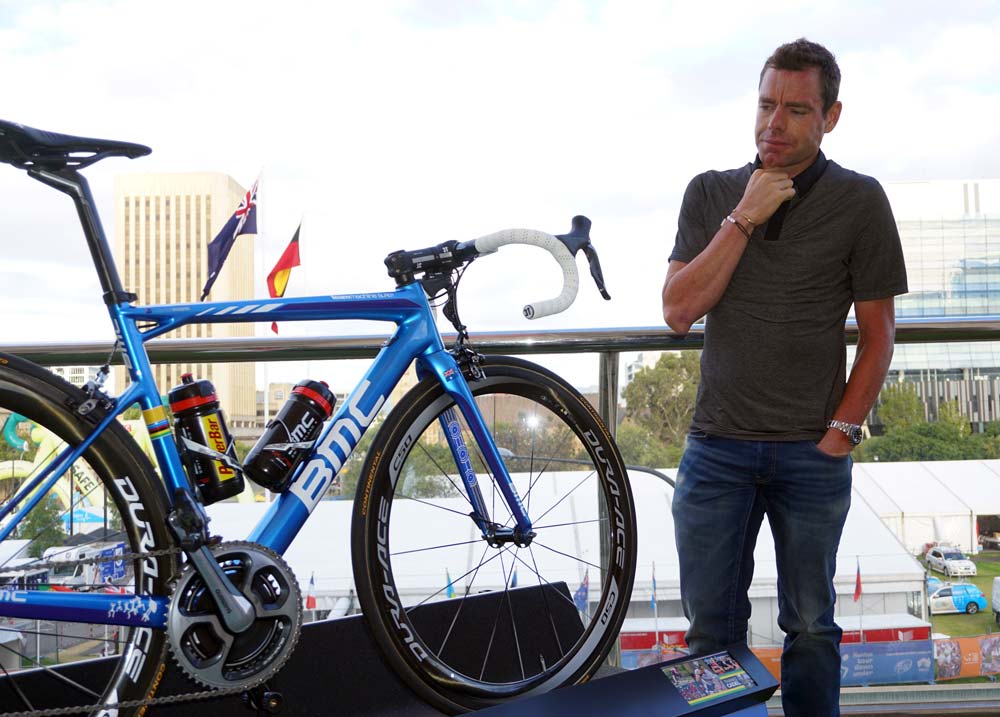 That bike featured essentially the same frame of the $6,999 BMC Teammachine SLR02 that you could win if you subscribe to RIDE Cycling Review. 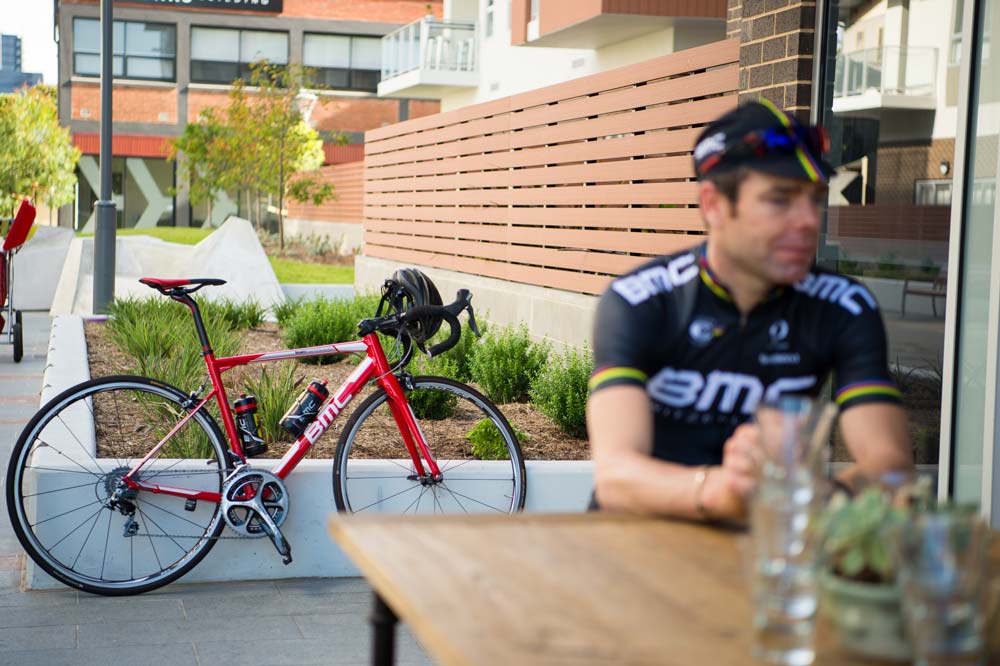 From blue to red, carbon-fibre to aluminium, Di2 to mechanical shifting, racer to rider… Cadel Evans and his ALR01 at the Tour Down Under in 2016.
Photo: Veeral Patel

On the Monday before the TDU began, RIDE’s Kate Skinner and other members of the media and larger BMC family went for a ride with Evans.

“The journo next to me admitted that he too was pinching himself as we posed for a quick media photo, clicked in and rode off with Cadel leading the way,” explained Kate of the experience.

“Was this seriously happening?”

She was on board a carbon-fibre teammachine, meanwhile Cadel was on an aluminium-framed teammachine ALR01. 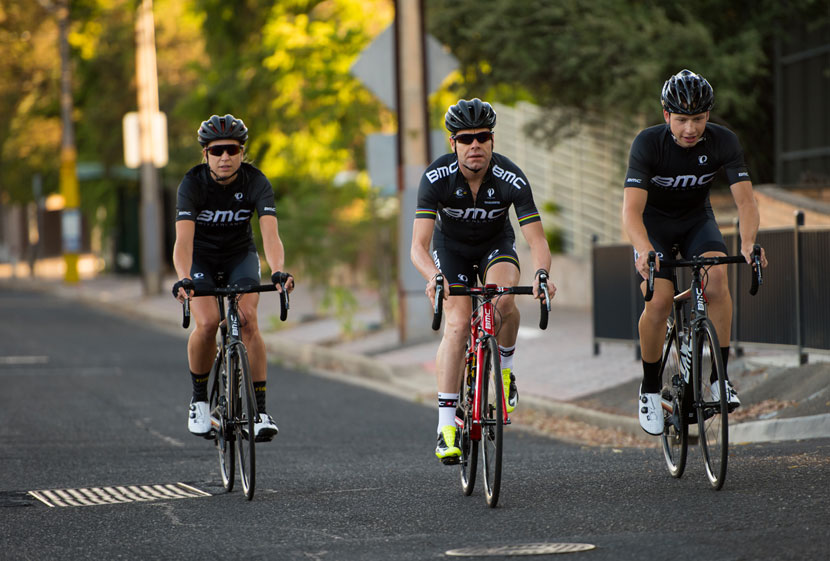 RIDE’s Kate Skinner alongside Cadel Evans on the eve of the 2016 Tour Down Under.
Photo: Veeral Patel

Both bikes feature BMC’s SLR “DNA” and the aluminium bike boasts triple-butted tubing and the painted frame weighs in at 1,295g (when painted, as it has been for Cadel, in bright red).

Of course, Evans has a range of bikes at his disposal but for his time in Adelaide, as an ‘ambassador’ for the company that sponsors the final team he raced with, he has opted for the ALR01.

He began his racing career on aluminium MTB bikes and has ridden a range of materials over the years but this is the first long-term stint on aluminium since the early-2000s when he raced with T-Mobile on a Pinarello.

The teammachine ALR01 was launched last year and it retails in Australia for just $2,499 (with Shimano 105).

If it’s good enough to be Cadel’s bike of choice for a week of leisure riding at Australia’s biggest cycling event, then the aluminium offering is sure to suit you too… but if you subscribe to RIDE before 11 March 2016, you will go in the draw to win a bike more like what Kate rode in Adelaide – and what Cadel raced to victory in the Tour de France five years ago! 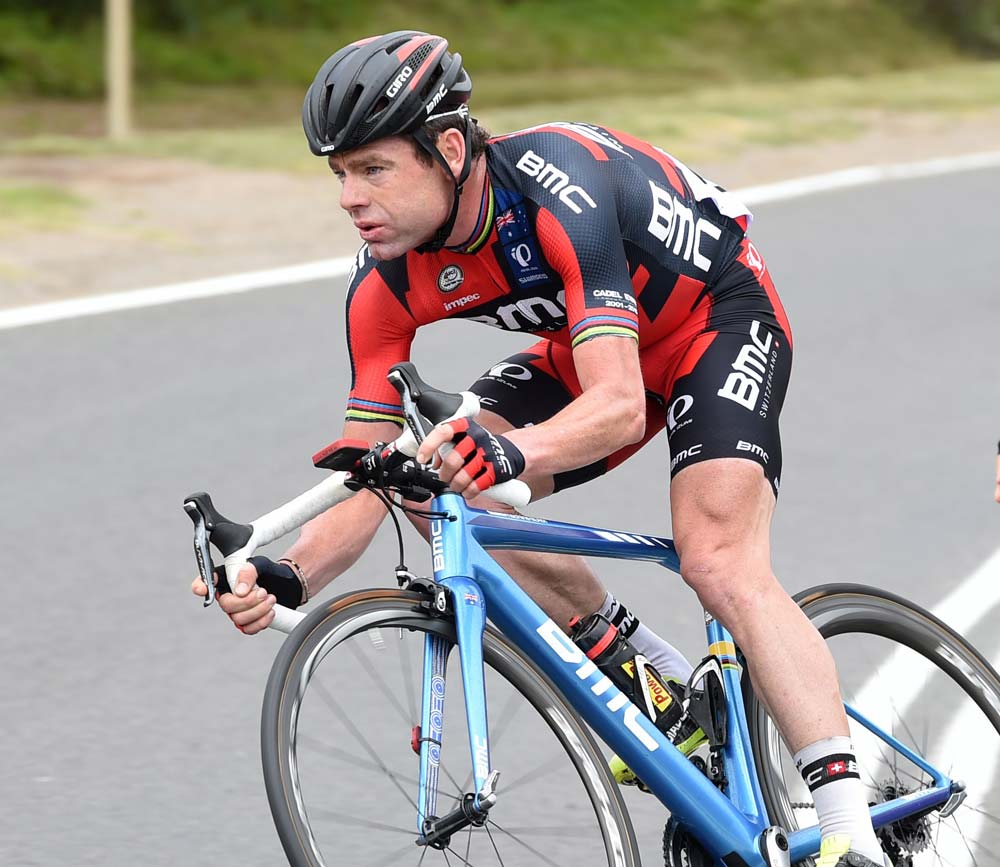 Evans in his farewell race as a professional… the second edition of the Cadel Evans Great Ocean Road Race is on this Saturday.
Photo: Graham Watson

Evans is a pedant when it comes to equipment. He is very particular about his bikes and, even now that he’s riding for leisure rather than a job, he insists on quality.

His current bike might not be the top-of-the-line from BMC but it shares many of the characteristics of his first-class, Swiss-engineered race machines.

It’s back to basics for Evans. He’s no longer competing but he still loves his cycling and the ALR01 offers him all the benefits of the SLR01 he once raced on… albeit in a brighter colour, with less concern about weight, and with mechanical shifting (instead of the Di2 that’s on our prize bike).