Caleb Ewan has added his name to the list of seven other Australians who have won a stage of Tirreno-Adriatico. He sprinted to victory at the end of the 170km third stage to Terni. 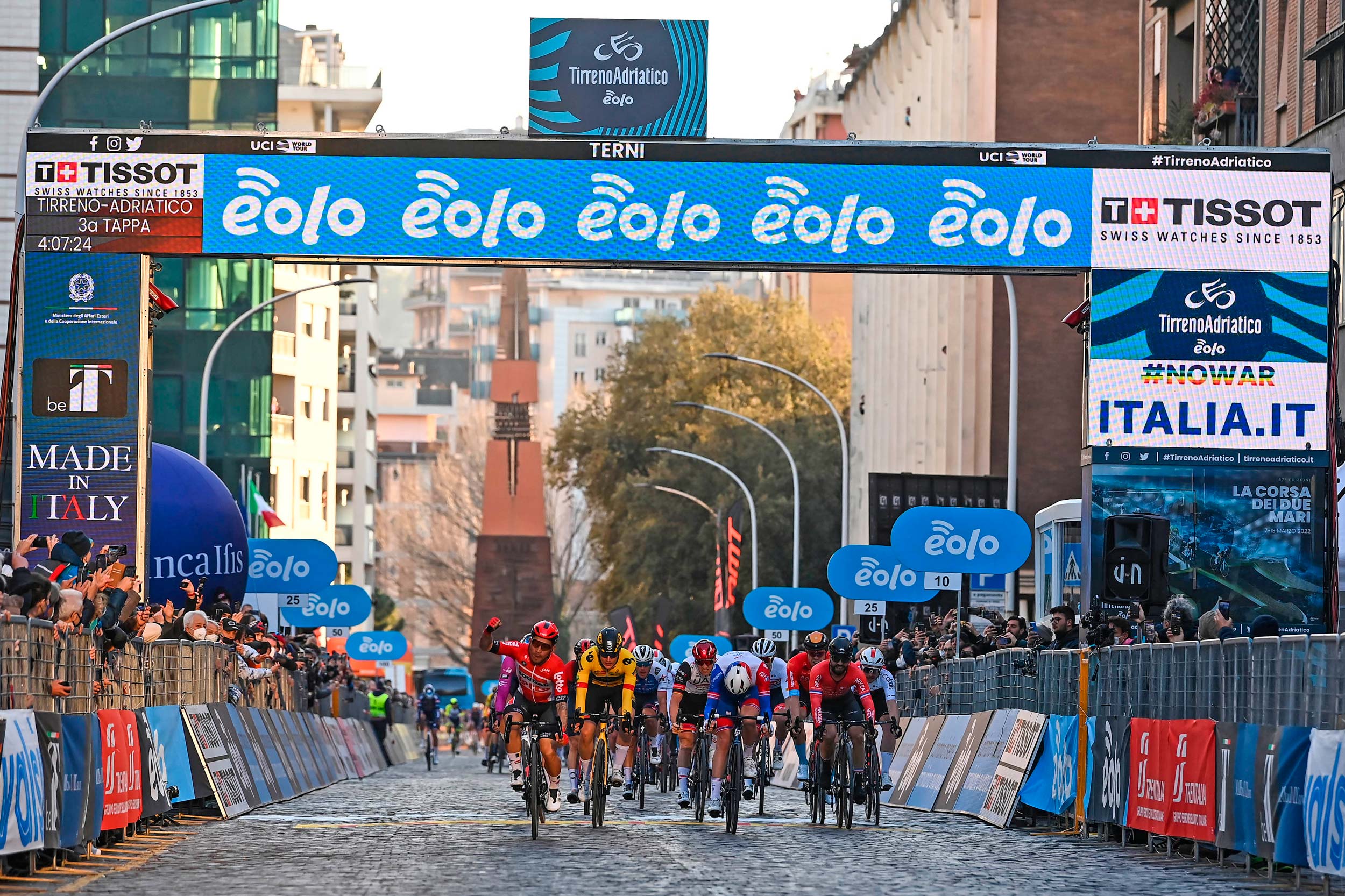 It’s an image many of us are familiar with but this photo will certainly help with motivation for Caleb Ewan. It shows him well ahead of his rivals at the end of another sprint. We can see his elation and satisfaction for having finished off the work of a team that is counting on him for wins. And while it’s a sight we have become accustomed to, the timing of this victory is what makes it a little more special.

Not only is this Ewan’s first stage win at Tirreno-Adriatico, it also comes shortly before one of his major objectives of the season, Milan-Sanremo. 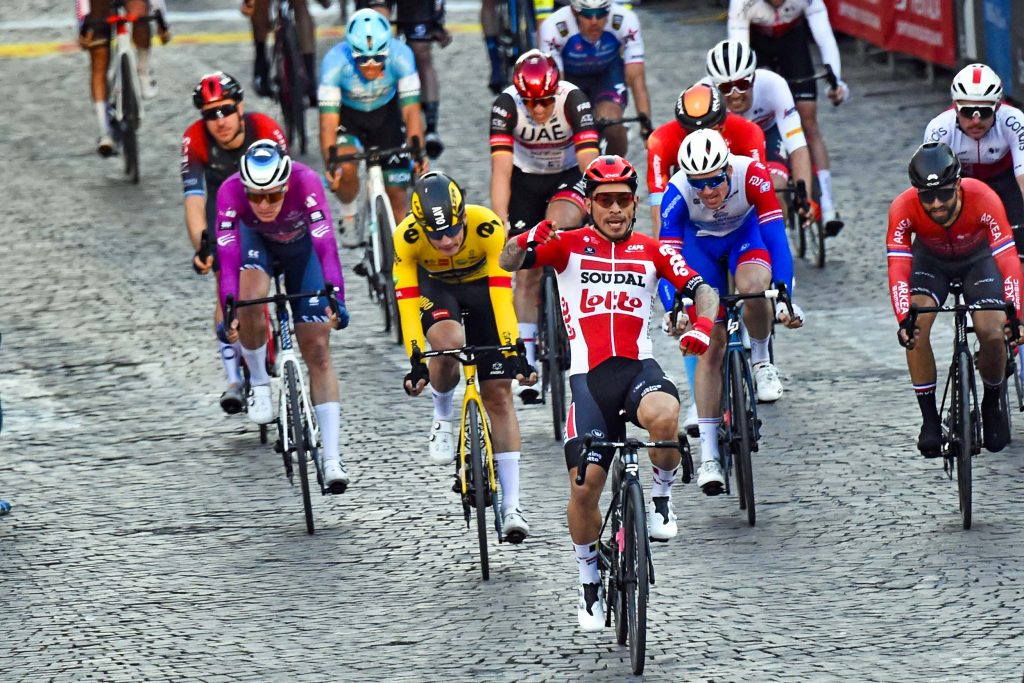 Ewan savours victory after a perfectly timed sprint in Terni. (Photo: via Lotto-Soudal)

The big goal for the 2022 early season is on in nine days’ time. Milan-Sanremo is longer and likely to be raced faster than the third stage of Tirreno-Adriatico, but Ewan will take a lot of confidence from what he did overnight in Terni.

“Milano-Sanremo is usually my first big goal of the season,” he explained after relegating the former winner of the Italian Monument, Arnaud Démare, to second place.

The 27-year-old Australian seemed determined to follow Démare, hugging the wheel of the Frenchman as other teams managed the lead-out duties inside the final kilometre. And even though the winner of the previous stage, Tim Merlier of Alpecin-Fenix, began his sprint early, Ewan was firmly focussed on the Groupama-FDJ rider.

Démare appeared to be poised for the win but Ewan came off his wheel inside the final 50 metres and timed his final surge to perfection.

“I know that climbing is something I have to work on if I want to get to the finish, so over the winter I’ve worked on my climbing a lot. Maybe I sacrificed my sprint a little bit for it but it’s one race I really want to win in my career, that’s why my form is good now and it enabled me to win today.” 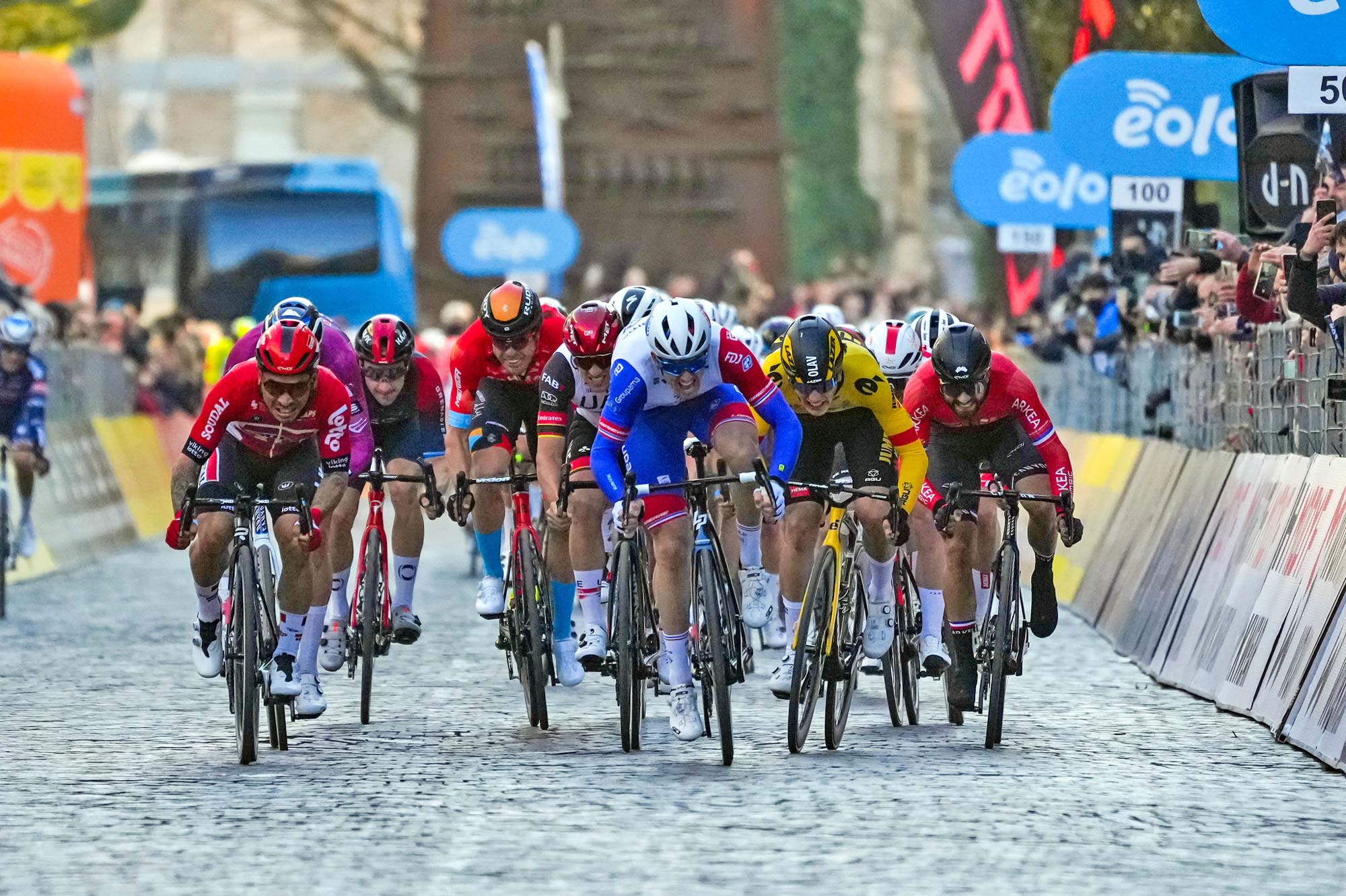 Get more insight from Ewan: watch out interview after #MSR last year.

The sprinter from Lotto-Soudal didn’t factor in the placings in the other sprint finish this week, finishing 15th in stage two and never really being in a position to challenge Tim Merlier on Tuesday. But he came back quickly to remind everyone of his speed, power and ability.

Tirreno-Adriatico is a tradtional ‘warm-up’ race for Milan-Sanremo. Ewan has started it four times before this year: 2021 (DNF), 2018 (DNF), 2017 (DNF) and 2016 (4th in the points classification). He’s been runner-up a few times (including one team time trial) but the victory yesterday will give him confidence as he approaches #MSR. 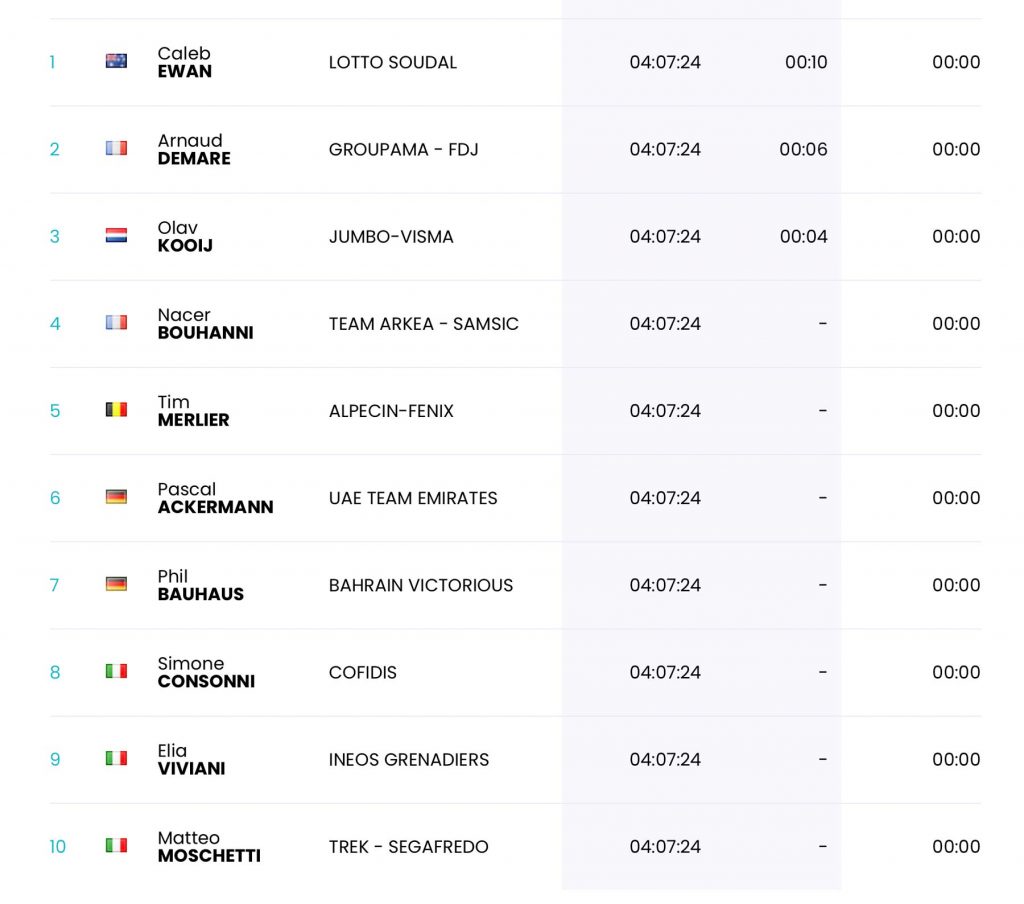