Later this year, Cameron Rogers will be in Europe testing himself against some of the world’s best riders. At the age of 17, he’s got a collection of Australian championship medals… and a national record in the 3,000m individual pursuit.

There’s a European campaign coming up for a group of Australian junior cyclists who will soon set off to get a taste of international competition. Amongst them is a familiar name: ‘Rogers’. We’ve seen it a lot in the results over the years, thanks largely to a trio of brothers from Canberra: Pete, Deane and Michael. Now there’s also Cameron, the son of Pete and Raeleigh.

Cameron Rogers has won a few national titles… actually, his medal tally is growing so quickly it’s difficult to keep up with all his achievements as a junior. There are gold medals from the criterium (2021), road race (2022), as well as the points race and omnium at last year’s track championships.

Now, at the age of 17, he also owns one of the more prestigious junior national records, 3:13.271 in the 3,000m individual pursuit, set at the Oceania championships in Brisbane on Sunday 3 April. That time eclipses Dale Parker’s 3:13.958, set in his hometown of Adelaide back in 2010. 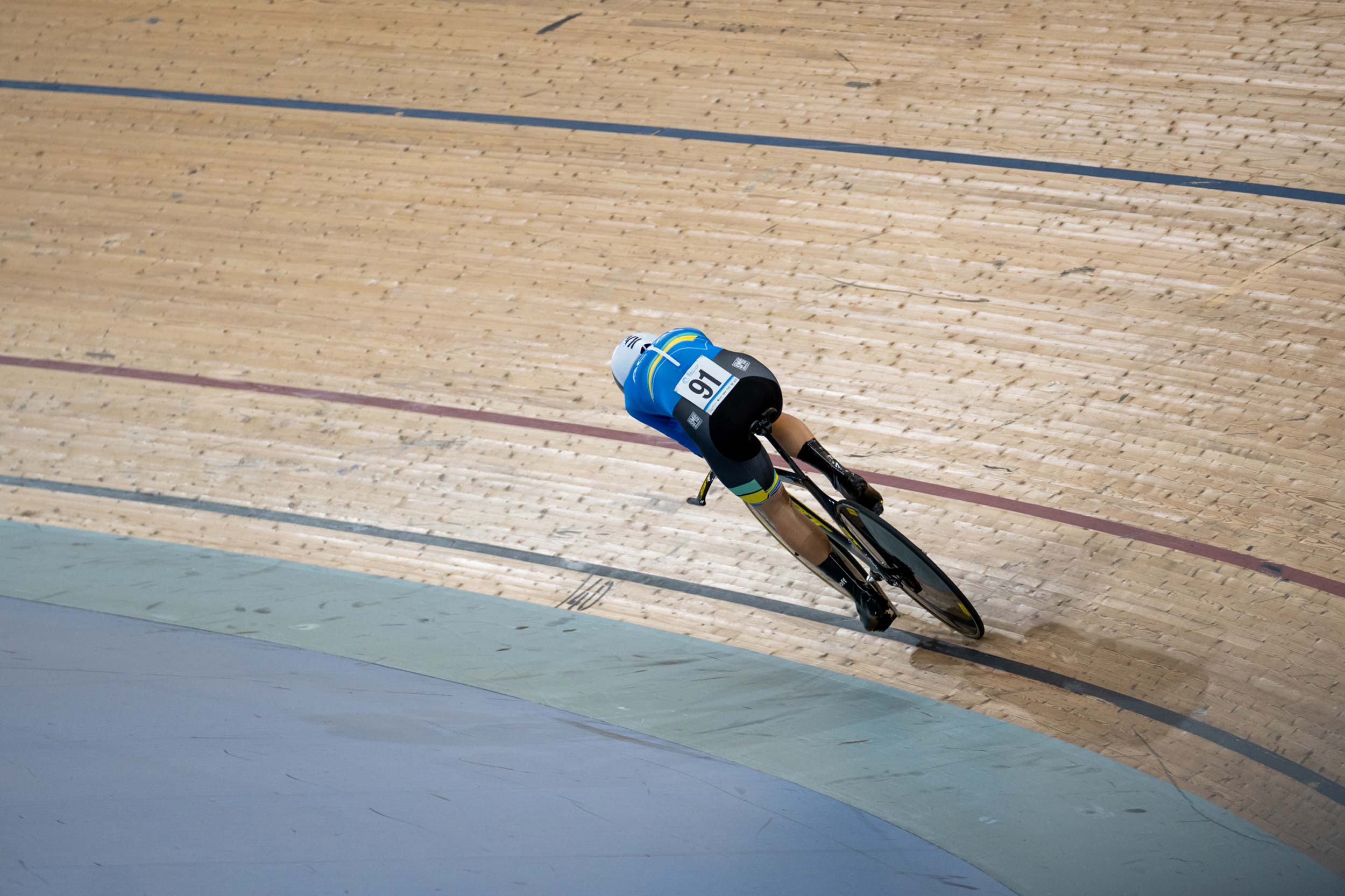 For a short while Parker owned the world record as well but that honour is now held by Finn Fisher-Black of New Zealand who posted a phenomenally quick 3:09.710 in Cambridge, NZ in 2019.

The IP is an event that is often considered a litmus test for young riders. A good time in the 3,000m test often suggests that there’s a future career as a pro cyclist. That was certainly the case for another pursuit graduate from Australia, Brad McGee. And now, it would seem, ‘Cam’ Rogers is also showcasing his talents in the track event.

“Can’t say I expected it,” Rogers says in the release issued earlier today by AusCycling. “I was coming in just hoping for a good time at least to maybe get gold, but getting the record… I looked at the board and was like, ‘What the hell?’ It was pretty crazy.”

It is certainly a result worth reporting on even if it came during the qualifying rounds of the Oceania championships in Brisbane in the first week of April.

“He didn’t ride the pursuit at the nationals,” said Pete Rogers about Cameron’s rather hectic racing schedule. “He was more focussed on holding form for the Oceania road race, while also having an eye on his European campaign later this year.” 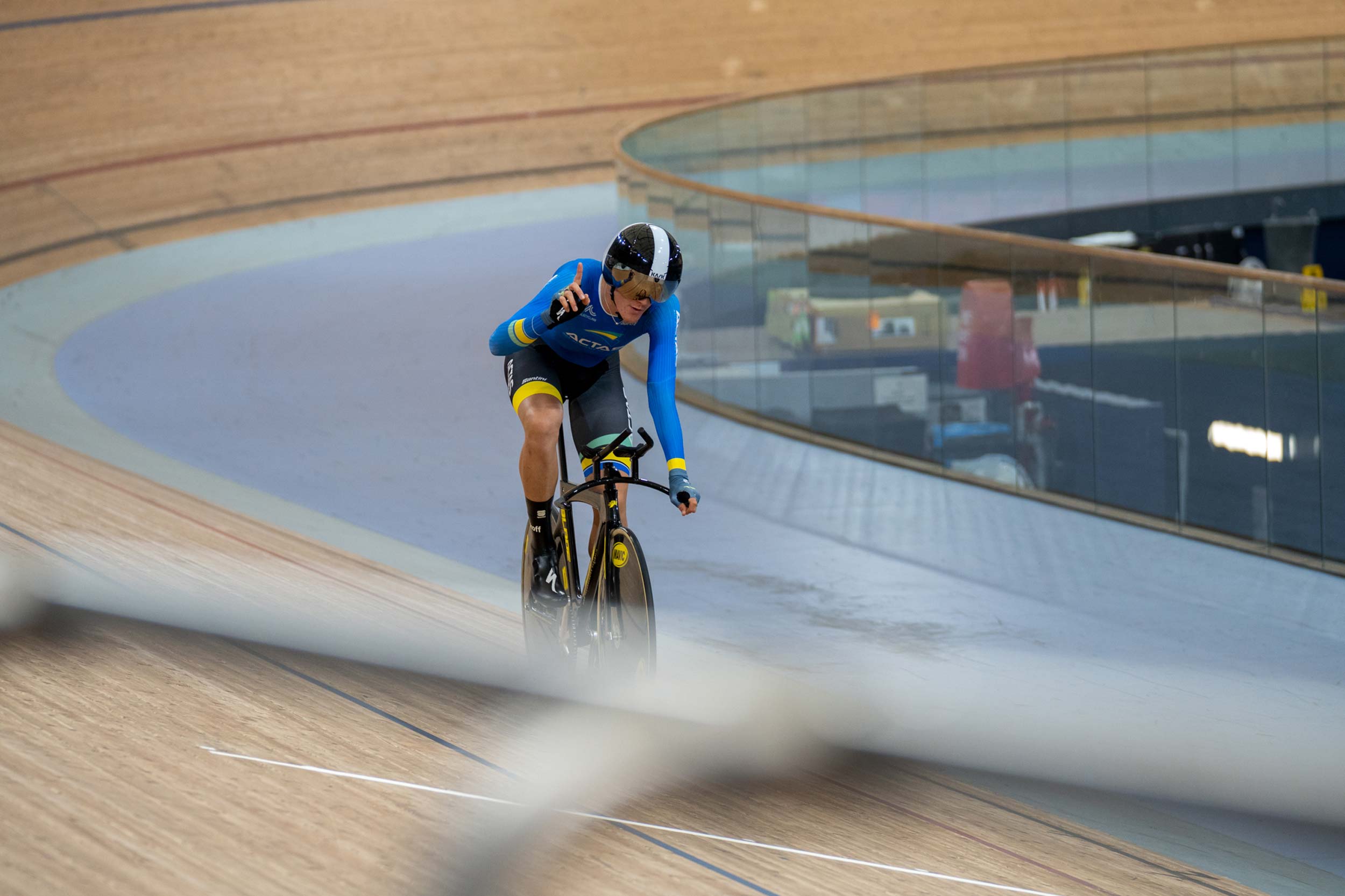 Cameron’s father also explained that the ACT team started to realise the national record was within reach when he won the NSW state title earlier this year. “He was on a flyer and his lap times were good, and he was holding form,” said Pete. “But he caught his rival in the final and that was it, they never recorded the finishing time.

“We did some calculations and realised he would probably have posted a 3:15… so it’s not a huge surprise to see him take the national record a few weeks later.”

Rogers is one of two teenage sensations from the Canberra Cycling Club who will be part of the national junior development team in Europe this year. Oscar Chamberlain is the other member of what is fast becoming a dynamic duo. When Rogers won the road race at the nationals earlier this year, Chamberlain was the runner-up; at the Oceania championships this month those results were reversed: Chamberlain first, Rogers second.

One of the races Chamberlain will be competing in during his European campaign is the junior edition of Paris-Roubaix… so watch for the results, we may well see an Aussie up there in the thick of the action soon.

Meanwhile, Rogers has a few more weeks to go before his first European cycling adventure. If things continue on this upward trajectory even ‘Uncle Mick’ – cycling’s first three-time elite TT world champion – might be wondering how long it is before Cameron starts eclipsing his significant efforts as a cycling professional.