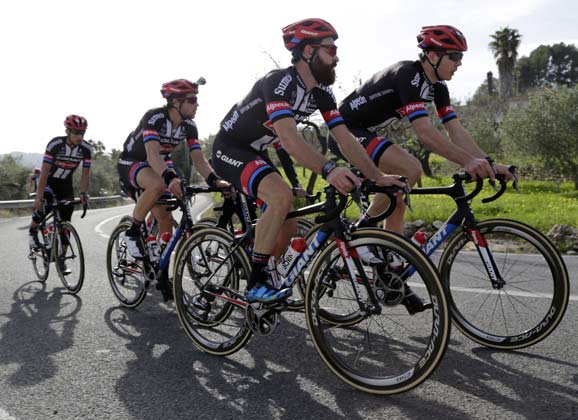 It’s less than a week until the first round of the UCI’s WorldTour starts rolling on the roads of South Australia; most teams are already in Adelaide, and the hype is beginning to build for the 2016 edition of the Santos Tour Down Under. But, for this week at least, it’s not business as usual for cycling’s sponsors, or one in particular. 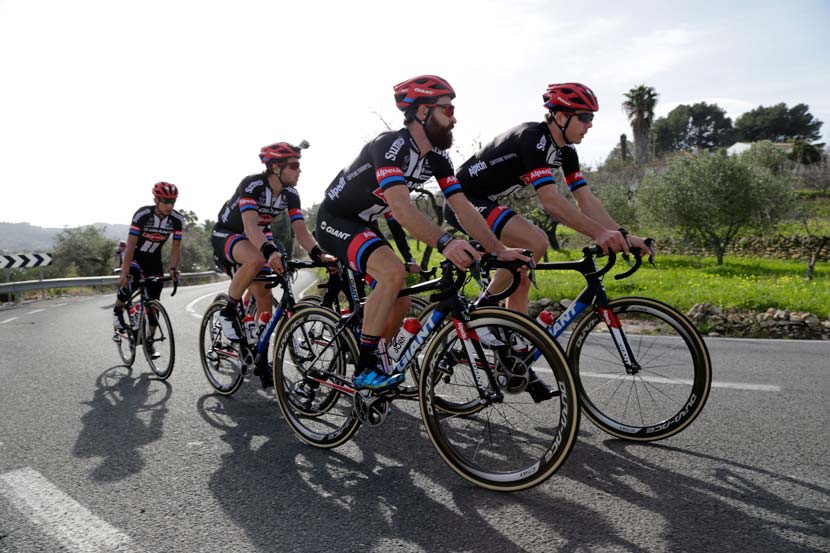 Alpecin is a co-title sponsor of one of the teams competing, it makes hair products. And this morning the German company announced an amendment to an advertising campaign it has been running early this year.

“Doping for hair” was the “successful slogan”, according to the Dr Kurt Wolff group press office.

But this is cycling and Alpecin’s headline will change while the Tour Down Under is being contested.

Instead of “doping for hair”, Alpecin will spruik its shampoo products in a different way. “German engineering for your hair” – that’s more politically correct, right?

According to a press release it’s an official “last minute shift of policy”.

Excerpt from the official release…

“To avoid any misinterpretation: In fact the slogan ‘Doping for hair’ – meant only for hair – is not at all a reference to the high-performance sport emphasises Mr. Eduard R. Doerrenberg, the managing director of the German company Dr Kurt Wolff. On the contrary: ‘This claim is already 10 years old. It was at that time even examined by the German Advertising Council and approved without objections. This has nothing to do with cycling; instead, it documents the known performance increase that caffeine offers.’ He further details: ‘We are aware of our responsibility, which is why we distinguish very clearly between a claim about the product’s effects – and cheating in sports’.

Giant-Alpecin was recognised by the AIJC (Association Internationale des Journalistes du Cyclisme) as the “most media friendly organisation” in 2015. It has quality riders and even though its line-up will be lacking the services of Marcel Kittel in 2016, there’ll still surely be some well coiffed hair… but don’t believe it’s been doped – it’s just been engineered with German efficiency.

“While the company fully supports clean sport and is a major sponsor of the German UCI cycling team Giant-Alpecin,” read the official statement about changing advertising campaigns, “the claim only refers to the well-known performance enhancement of the ingredient caffeine.”

Once the race is over, Alpecin will go back to its “doping for hair” campaign. 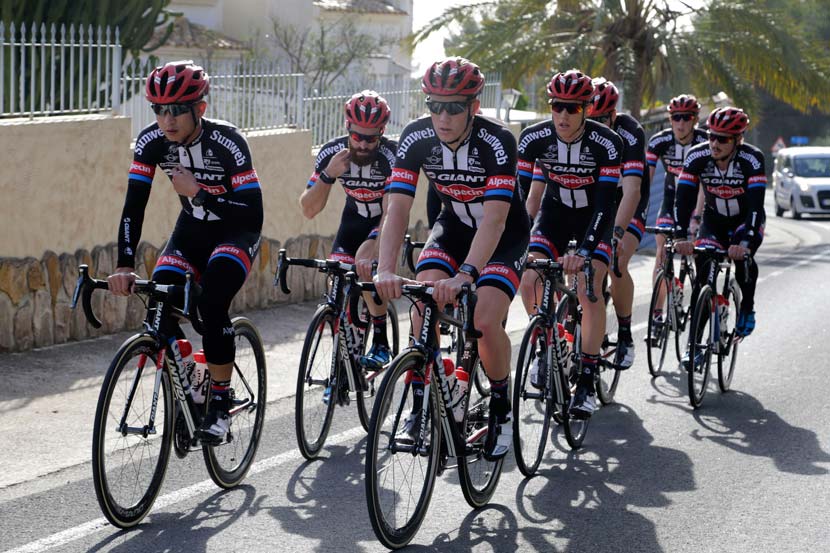 With all that cleared up, it’s worth noting that the German-registered team formalised its selection of seven riders earlier this week.

According to coach Aike Visbeek, the protected rider will be Tobias Ludvigsson who “showed some good progress last year and during the winter training camps, and he will get the opportunity to go for a good GC result”.

Giant-Alpecin for the 2016 Santos Tour Down Under 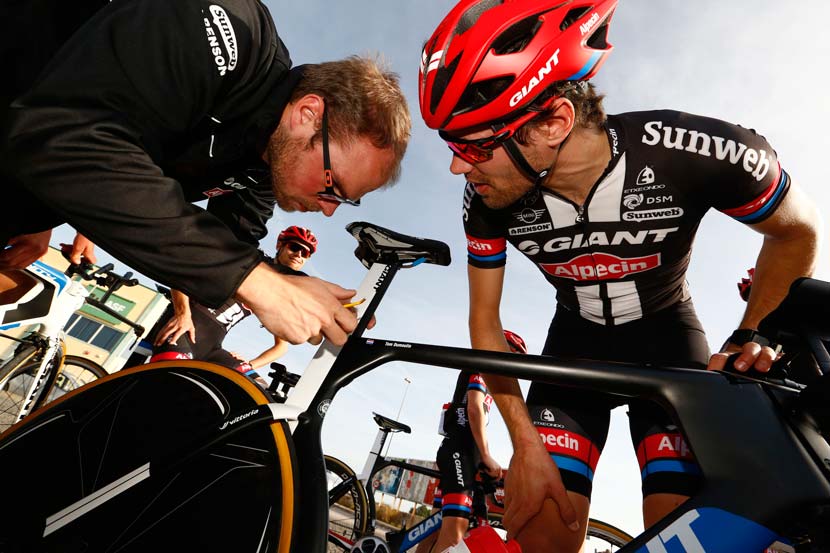