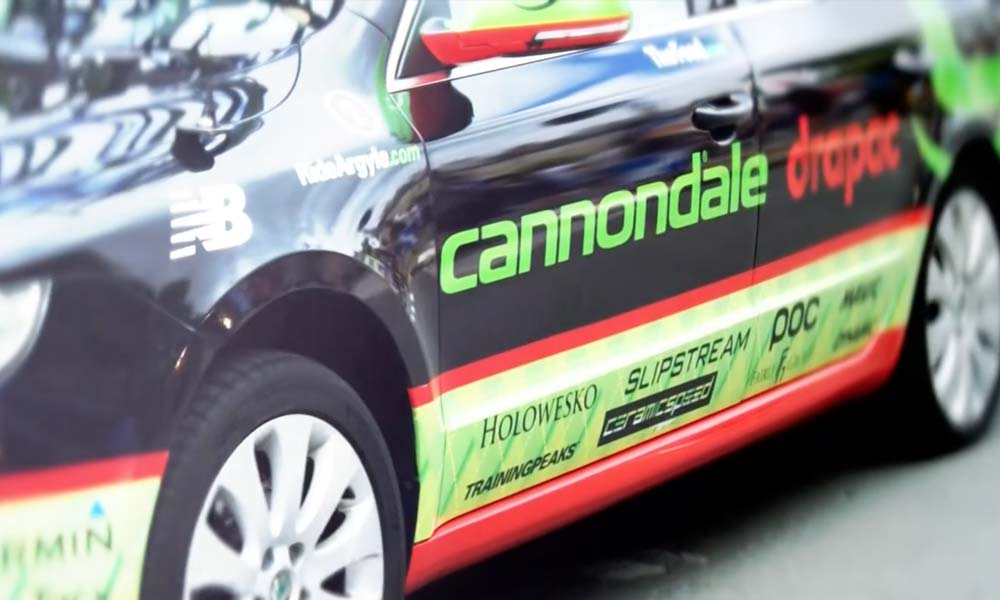 The team known as Cannondale-Drapac has, over the weekend, effectively thrown its doors open to public donations. What comes next?

According to the original statement from Slipstream Sports, all is fine – and yet nothing is fine. And now a team that has been part of the peloton for 10 years in various guises is on the brink of collapse.

The sentiment is both optimistic and pessimistic. Two sentences in particular stand out as being contradictory:

“All of our current sponsors and partners (Cannondale, Drapac, Oath, POC) have remained committed to support our team in 2018. These sponsors have lived up to their promises; however, without additional financial backing, the numbers simply don’t add up.”

The major concern seems to be the suggestion that all sponsors remain committed to the team and that it was only the end of negotiations with an additional sponsor that has prompted the management into making a decision about 2018.

If the existing sponsors remain committed, why is there now a shortfall?

When we contacted Michael Drapac earlier today, he was quick to point out that he aims to see his commitment through until, at the very least, the end of the contract term.

“We signed a four-year deal,” Drapac told RIDE, “and we are honouring that commitment. I would expect that the team will go forward beyond 2017.”

We have also reached out to Cannondale but are yet to receive a formal response.

Cannondale has been part of the WorldTour in one form or another – as bike supplier and/or naming rights sponsor – since the inception of the UCI’s top-tier series. The American brand has a long association with pro cycling and it has successfully leveraged its sponsorship for many years.

It has, however, been suggested by reliable sources that the bike company’s commitment to Slipstream Sports is not quite a sound as the management is suggesting.

Either way, it has come to pass that riders and staff have been advised that they can now look for jobs elsewhere.

It’s a gamble for the team’s CEO Jonathan Vaughters. It can either pay off or backfire spectacularly.

Overnight there has been a surge in interest in what appears to be a last-minute bid to source funding and the final pitch is aimed directly at the fans.

This campaign (above) appeared on the Slipstream Facebook page shortly after the release about riders being “released from any and all contractual obligations for 2018”.

There’s no sales pitch beyond a video clip – a two minute 16 second montage of images – and a neat little soundtrack. Click on the ‘Register Your Interest’ button and you get to submit your name and email address and the value of what you’re willing to commit.

And then you’re thanked with a generic statement:

“We will contact you when the crowdfunding campaign goes live.”

It’s not even active but the aim is to use crowdfunding to make up a shortfall of a significant sum of money.

There have been fantastic results for businesses seeking funds from the public, but there have also been some significant failures from crowdfunding campaigns.

Surely there needs to be some incentive to the crowd to pledge funding, at least a little more than one paragraph and a Vimeo clip. Would you click option ‘H’, “$100,000” based on what has been presented?

There is no doubt that the team has an army of fans, but this is taking that interest to an entirely new level. And that’s before we consider the history of Jonathan Vaughters and his way with sponsors. 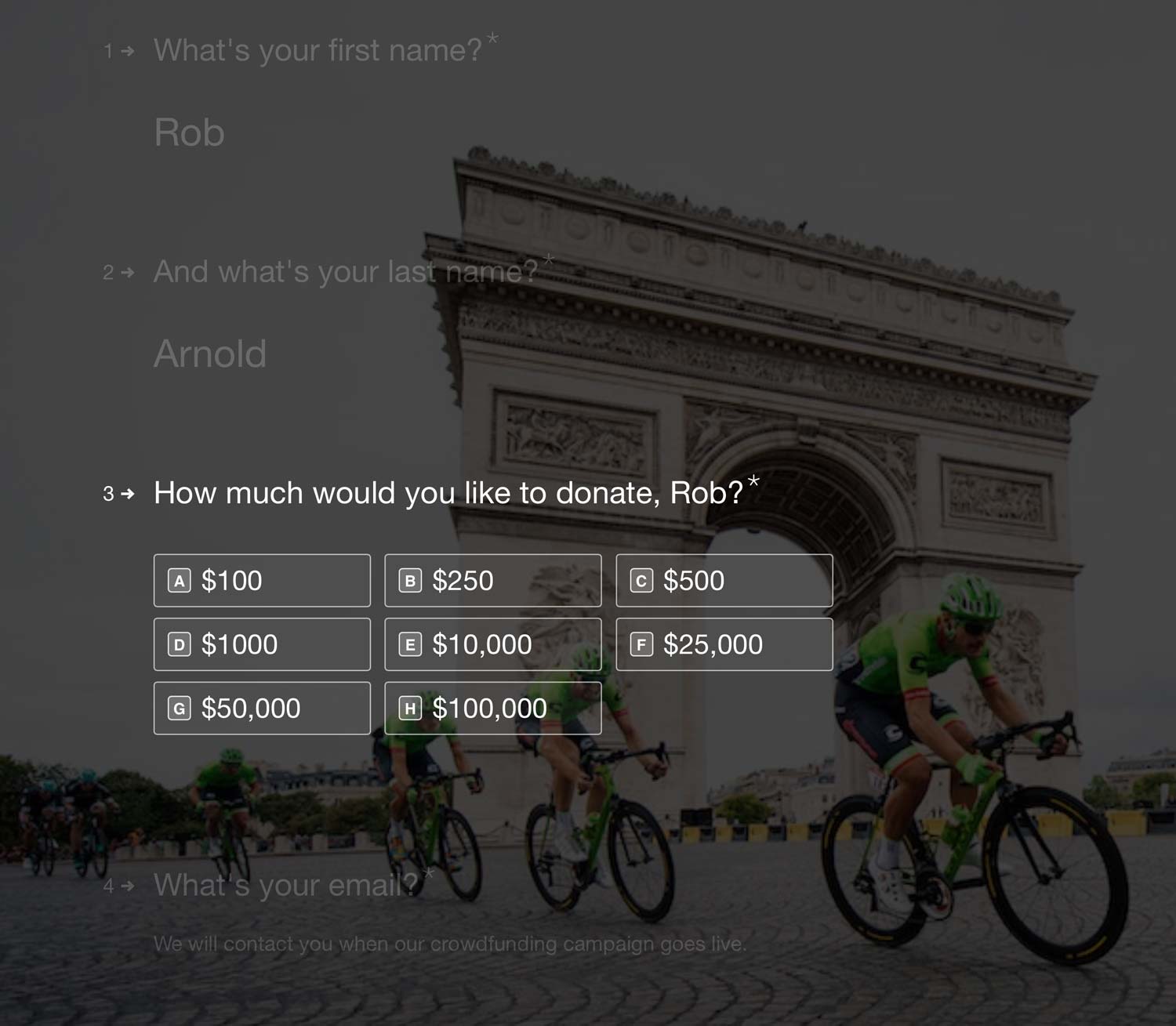 Click the link on the crowdfunding page and you are presented with options for the size of your donation.

Riders responded on Twitter with, for example, Joe Dombrowski joking about the need for donations.

“To all you journos outside the @Ride_Argyle bus @lavuelta right now, I’ll sell you interviews. Small price of 7 mil.”

Some may have had a giggle about it but this is a serious matter. It also seems odd that some riders have stated that the first they learned of the news was via the media rather than direct contact from the team or management.

Something is out of kilter and it seems as though Vaughters is playing a game with other people’s money. And now he wants some of yours so that he can continue with the WorldTour team he established 10 years ago from the foundations of a US domestic squad. 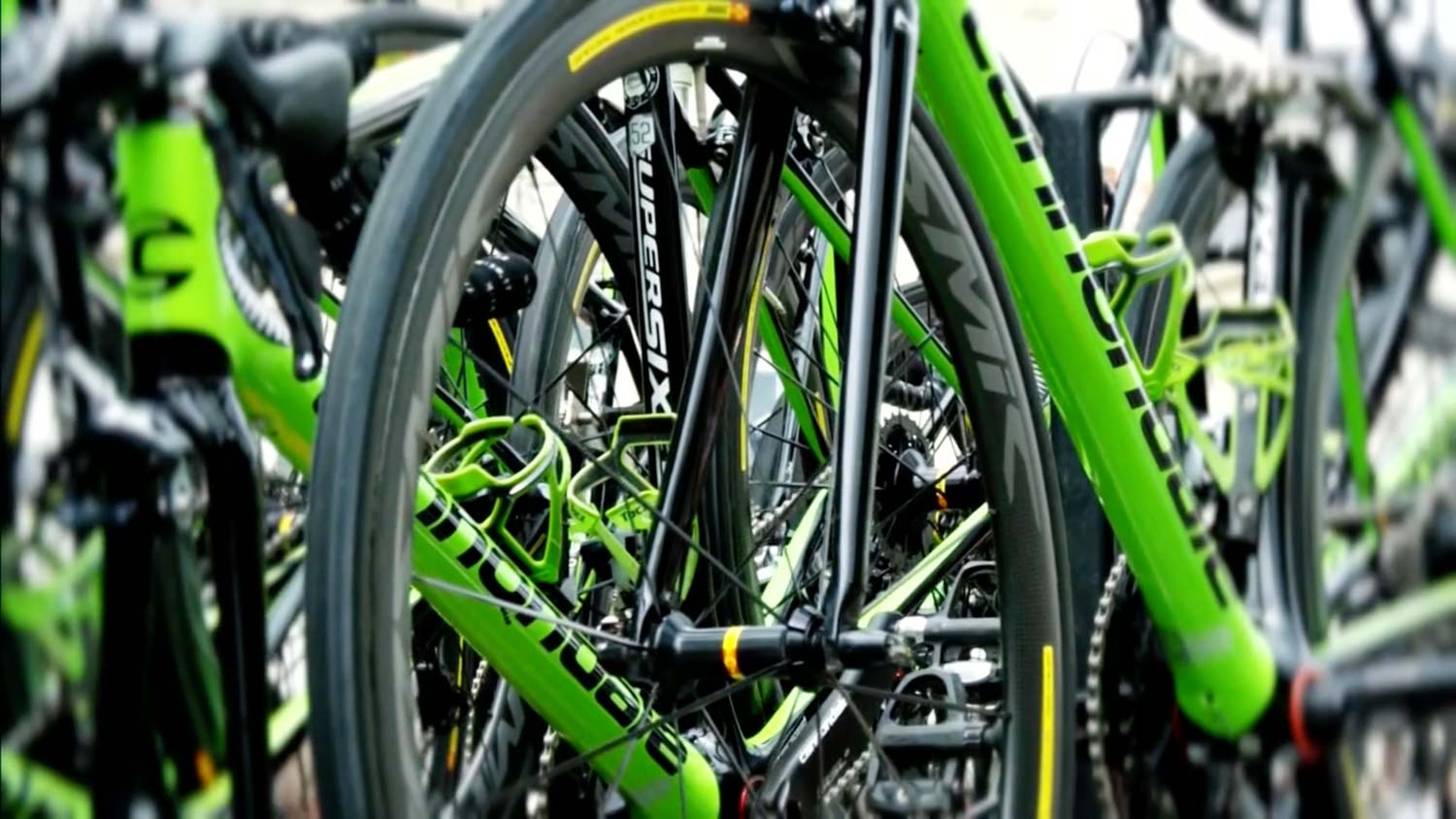 The status of the commitment from the primary naming-rights sponsor, Cannondale, has been in doubt throughout 2017. The name of the bike brand first appeared in the title of Slipstream Sports squad in 2015. What had been Garmin-Sharp, became Team Cannondale-Garmin. This was the result of an acquisition of a sponsor that, until then, had naming rights to an Italian-registered team.

The graphic (below) lists the names of teams managed by Vaughters. There is a significant list of sponsors that have been lured into the market by this former rider who has become a businessman and team owner since he stopped racing.

Garmin was the original title sponsor for what had been effectively known as the ‘Slipstream team’ up until midway through the 2008 season.

In 2011, it became Garmin-Cervélo. Again, a merger with an existing team… highlighting how difficult it is, even for committed sponsors, to create a successful business from a cycling team.

The Cervélo TestTeam had enjoyed success during its time in the peloton but it would merge with Slipstream: two would become one and Vaughters would be the person managing the show.

Fast forward to 2017 and we see the owner of what had been Drapac Pro Cycling, an Australian domestic team, pledge an investment to Slipstream. Michael Drapac wanted to be part of the WorldTour and Vaughters offered as way for him to do this. Again, two teams became one… (even if Drapac continued to invest in the domestic Australian racing scene by contributing significant funding to the Drapac-Pat’s Veg team for the 2017 season). 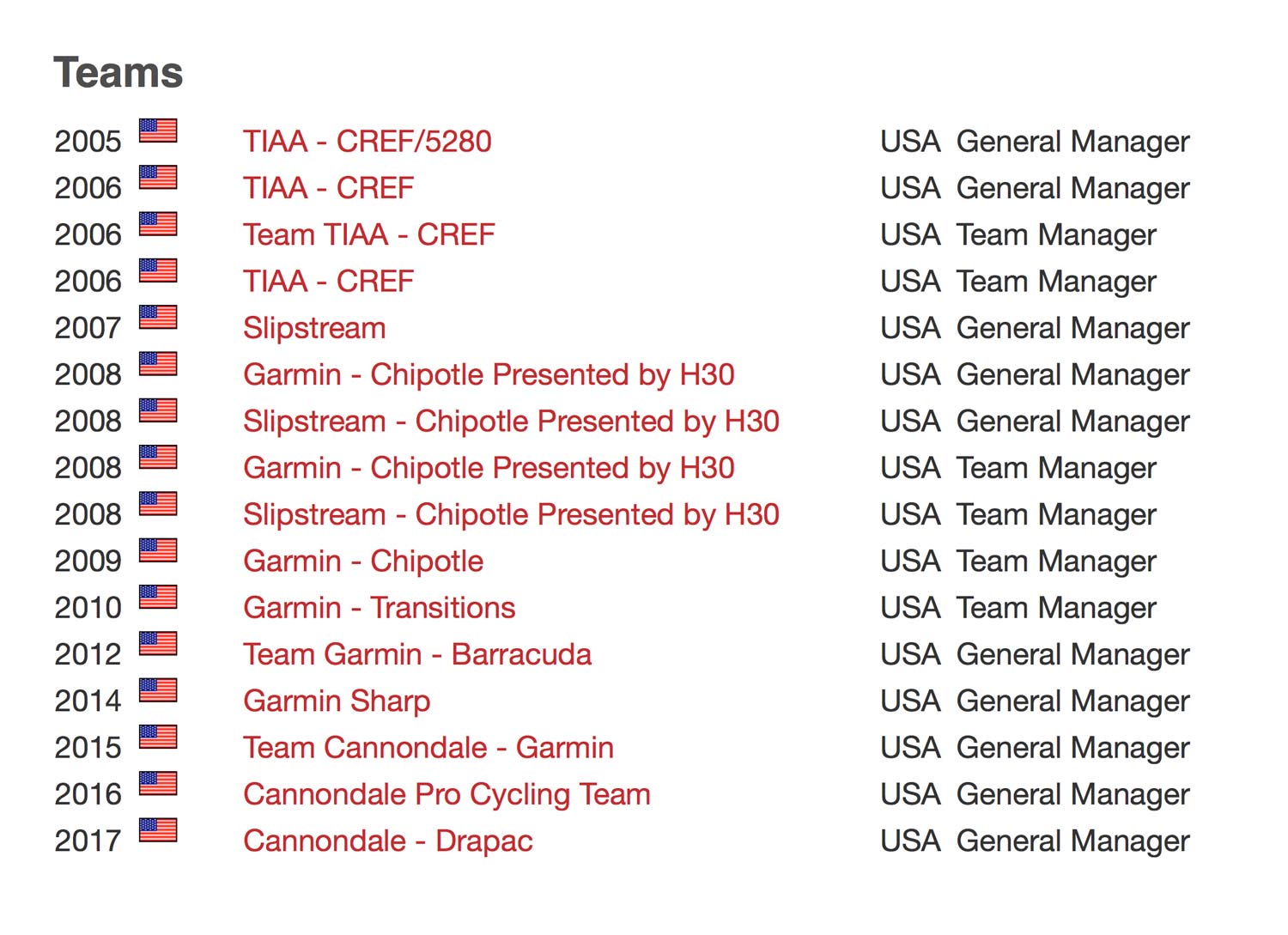 Vaughters has managed teams since 2005, two years after he retired from racing.

Vaughters has a knack for luring in investment. He is able to appeal to benefactors and businesses alike and procure funding. What happens after the contract is signed is another topic of discussion… and perhaps this is something that anyone looking to be part of the crowdfunding initiative needs to be mindful of.

If you contribute, are you expecting a return?

Remember, of course, that there is a considerable new sponsorship investment from Oath – apparently worth around USD$4m – that was announced at the end of the 2017 Tour de France.

Perhaps the threat to disband the team before 2018 will turn the negative into a positive. Maybe Cannondale can utilise the interest that has been generated by the team and try to prompt the army of fans into buying a bike (or two… or more).

It could even be that Vaughters and his team have considered a way of paying back the bike brand and working into the crowdfunding package a product incentive – ie. a cheaper bike for the team investment buck. That seems logical. But it also seems that the statement over the weekend is a way of pushing for additional funding or to make up a shortfall that hasn’t been properly explained.

Some investors have stuck by Vaughters through thick and thin, key amongst them is Doug Ellis who is the original benefactor of Slipstream Sports. The American businessman has been loyal to the team for over 10 years and his relationship with Vaughters seems to be a strong one even if the team is now said to be on the brink.

Still, in my appraisal, the question that hasn’t been answered is: what’s the real story?

If, as the statement from 27 August 2017 suggests, all the existing sponsors are committed to the following season how is there a seven million dollar shortfall?

How did it come to pass that Slipstream has issued a request for crowdfunding donations to enable the team to continue into the 2018 season?

Additional revenue, commitment from existing sponsors, a successful roster of riders, renewed contracts for the likes of Tour de France runner-up Rigoberto Uran… There’s plenty to suggest that there’s the basis of a team worth backing. But something doesn’t add up.