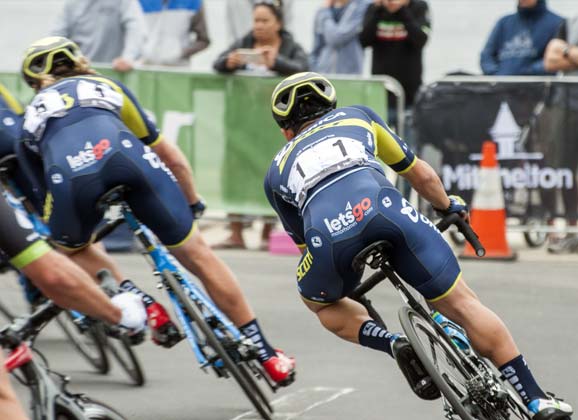 SBS Cycling Central took a chance on the first day of the year: it broadcast some racing live on Facebook. It is part of a new initiative to give cycling some exposure and allow people to see the sport in a different way.

The feedback was generally good but the moment something went awry, the negative reaction was swift. And this prompted Jarrod Partridge to write an opinion piece to remind people that we’re getting to see racing that was once only seen by roadside spectators… 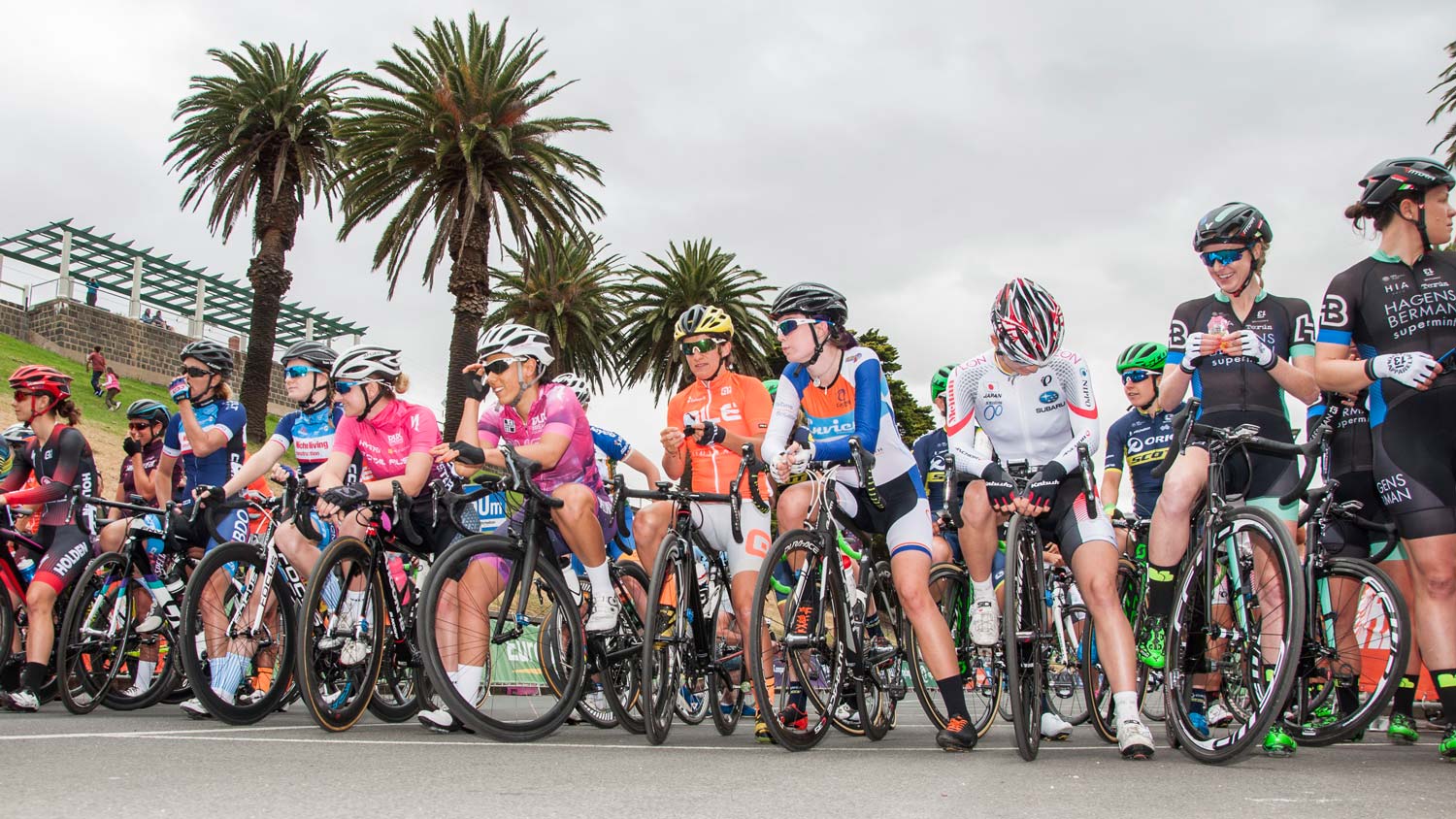 Racing is about to commence… round one of the Mitchelton Bay Cycling Classic in Geelong is about to get underway.
Photo: Jean-Pierre Ronco

If You Build It They Will Come

For the first time in eight years, I wasn’t at the Mitchelton Bay Cycling Classic – and I won’t be at any of the amazing races that make up the Summer of Cycling in Australia. So you can imagine my delight when I read the announcement that I could watch the ‘Bay Crits’ live via the SBS Cycling Central Facebook page from my new Bali home, with a cold drink in hand.

My hat was well and truly off in admiration at Cycling Central’s move to bring high-quality racing to more people so we can grow the sport locally and take the race to an international audience.

And then the complaining started…

People were complaining that the feed was freezing – and, apparently, it couldn’t possibly be their internet connection.

People were complaining that the footage wasn’t very good. Perhaps they would prefer to hit refresh on Twitter over and over, waiting for an update.

People were complaining it wasn’t on TV.

Here’s the thing. Why should SBS risk putting the telecast on TV when they have no idea if there is an audience willing to watch!? You can insert all the buzzwords about stakeholders and return on investment here because the reality is, SBS is not running a charity.

SBS has taken the first step toward getting a prestigious series such as the Bay Crits onto mainstream television, so we should be applauding rather than moaning.

Here are three things we as a cycling community can do to help get more cycling on live TV. 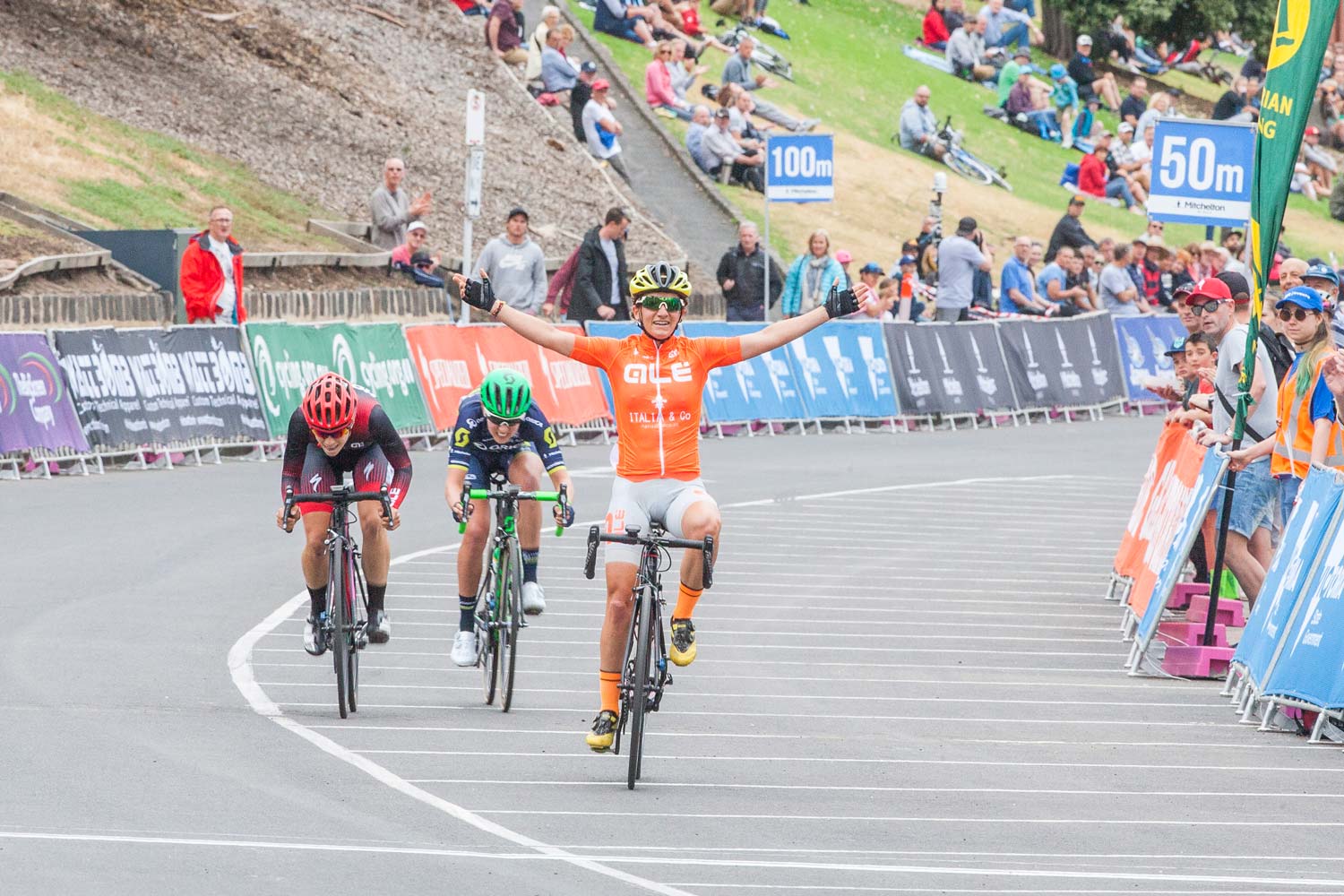 At the height of the broadcast of the opening stage of the women’s series, there were 1,400 people watching the stream. Yes, 1400!

It was a cracking race that received the coverage it deserved.

Now, imagine if the 1,400 watching had shared the link to the stream with their friends.

On that note, a cursory look at Facebook shows that only Specialized Women’s Racing, always active on social media, shared the livestream link with their fans (as did RIDE Media and plenty of others). Imagine if Orica-Scott, Cycling Victoria, Cycling Australia, and all the competing teams and riders shared the link with their vast networks…

It seems simple, yet it’s a concept that is lost on most people. If you want to see cycling live on TV, then you need to watch the livestream so the numbers swell, and the management at SBS – those who perhaps aren’t emotionally invested in cycling as much as we, the cycling public – see the economic value in moving the broadcast from Facebook Live to one of the SBS TV channels.

Several times in the past two seasons the National Road Series highlights packages had less views than the tally of actual riders in the race, yet people wanted it to be shown live. Okay…

People often compare cycling coverage to that of other sports, however the problem with that is it really is a case of comparing apples with oranges.

Relative to other sports, cycling is in its infancy in Australia when compared to AFL, football, and cricket.

I recall a time not that long ago when you had to look at the TV guide, which was a magazine, and hope the programmers at Channel 7 or Foxtel scheduled the match with your favourite football team that weekend. If they didn’t, you would have to wait for the highlights.

Sure, it may have taken longer than we like for cycling broadcasts to arrive but we’re now in a position where we can watch the Mitchelton Bay Cycling Classic, Australian Road Nationals races, and the Santos Tour Down Under live online.

Hopefully soon we’ll reminisce about these days when all racing is live on free-to-air TV.

Unfortunately a power outage in the closing laps of the opening round of the womens’ series meant those watching on Facebook missed the devastating sprint from winner Valentina Scandolara, however it was race one on day one of the FB feed – on the first day of the year – so a few hiccups can (and should) be expected.

SBS has built it, it’s now up to us to come along for the ride 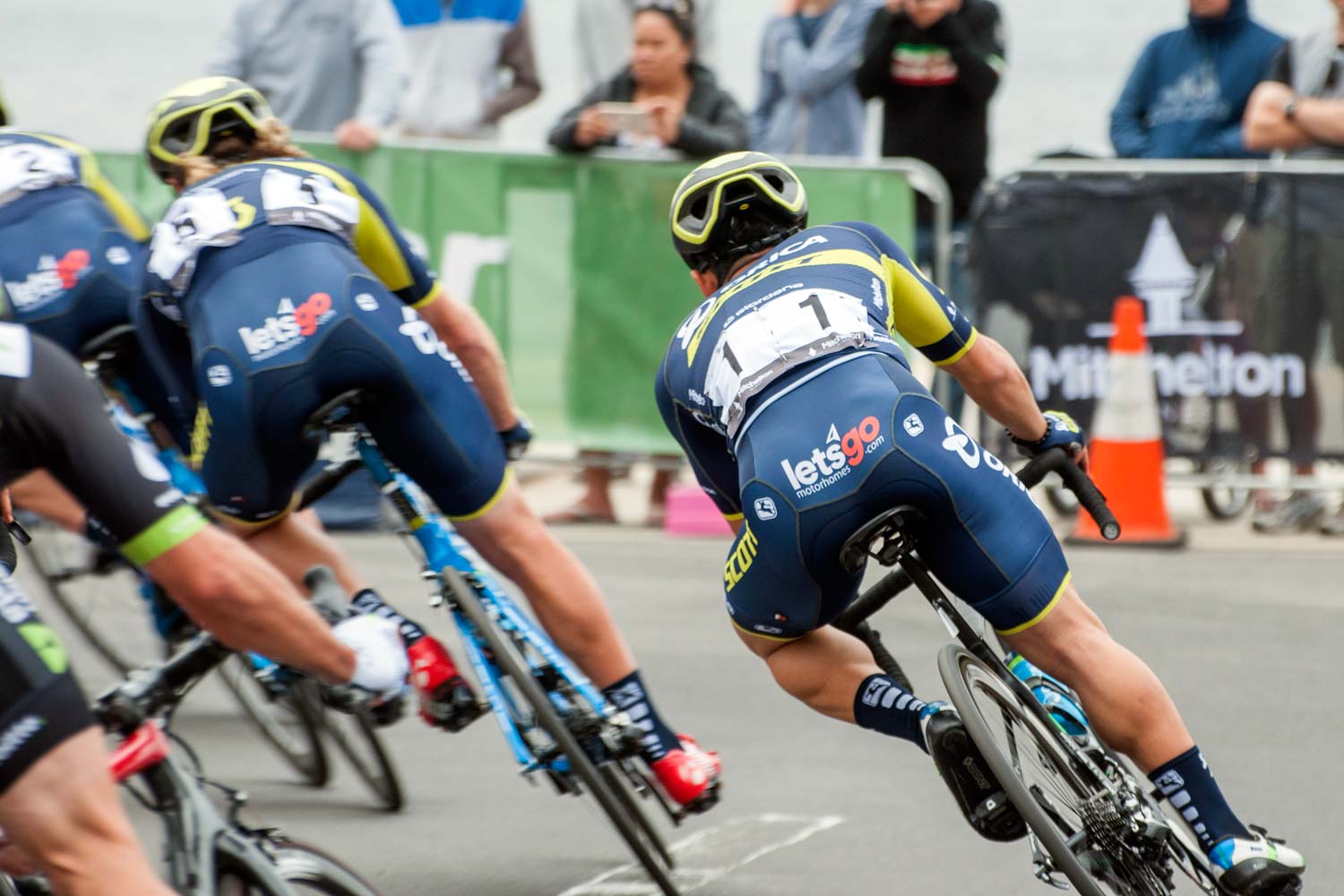 Caleb Ewan leans into a corner in Geelong. He’d later crash, while in the lead, on the final turn.
Photo: Jean-Pierre Ronco

Jarrod Partridge is a cycling tragic who has covered all manner of racing from club races in frigid Victorian winters to elite level events all over Australia with both his camera and his pen. He recently stopped chasing bikes and moved to Bali, where he takes people on boutique Balinese cycling holidays.