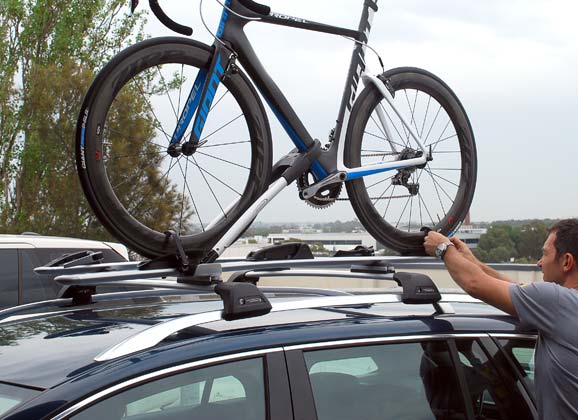 Cool products from the season…

In #RIDE66 we review over 100 products on the ‘Paraphernalia’ pages. It would seem it is the season for shoes, with 13 new designs from Shimano, Bont, Garneau, Mavic, Fizik, Rapha, Giro and Liv. And there are plenty of riding kits on display as well with the likes of Cuore, Santini, Champion System and Pearl Izumi all coming up with new colours for the Australian summer season. Big thanks goes to Lachlan, Monika, Shane and Jack for doing the modelling in an issue that is filled with cycling wear… and wares.

The ‘Paraphernalia’ pages have always been one of the most popular sections in the magazine. From this issue onwards, Jack Lynch will be writing the majority of the reviews and summarising all the weights and prices of products as the seasons come and go. (If you have any particular items you’d like us to feature, be sure to get in touch with Jack and let him know.)

In coming issues, we’ll be nominating our favourite products of the season and introducing a number of other initiatives that will highlight developments in design and materials or trace trends as they come and… (inevitably) go.

There are many stand-out items in each issue and special mention for #RIDE66 goes to Goggleman for their prescription lens sunglasses (by Bollé) and Whispbar for the refinement of roof racks created specifically with cyclists in mind. Both companies are amongst our many advertisers, but it’s worth us reiterating that no editorial coverage in RIDE comes at a price. We publish reviews on items that are new, innovative, or interesting… but not because we’ve been paid to do so!

We have also decided to feature some products online as well as in print as it’s not always possible to find the appropriate space to publish our reviews and photos as big as we’d like. (Below you’ll see some larger photos of the Whispbar roof racks and Jack’s review of the innovative system.) And we’ll nominate a favourite item when something catches our attention.

Again, please get in touch if you have a nomination for ‘Product of the Season’ or an appraisal of something you’ve tried and would like to share with a broader community of like-minded cyclists. 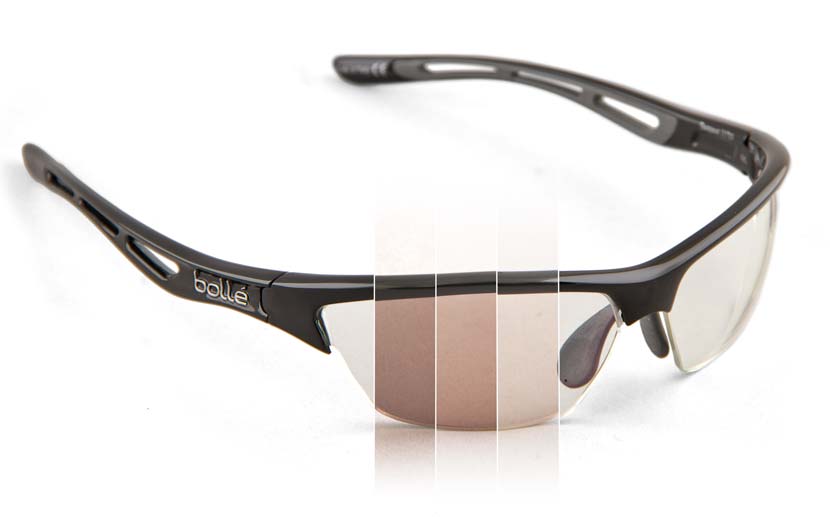 Okay, we all understand the idea of transitional lenses. When it’s bright, your glasses get a tint; when you’re inside or where it’s darker, they are clear. Clever, but not particularly new even if the technology does seem to improve each season. Most who use a prescription to enhance their vision also know that they can get lenses put into a range of sunglasses that suit their script. This is also clever and technological advancements mean that more shapes are available for ‘sporting’ use than ever before.

My script isn’t complex but it does make an enormous difference. Without prescription glasses, it’s not safe to drive or ride as details that should be seen can be fuzzy. And so for the years I’ve worn glasses to improve my vision I’ve compromised while cycling. I just use my standard eyewear and if it’s bright, I squint. Not ideal, but it was a better solution than two pairs of glasses.

I’ve known about services like those offered by Goggleman before and have been encouraged by numerous manufacturers to try out their prescription sunglasses… but there never seemed to be the time to organise the details, so I squinted on without complaint. But then David Aulert insisted: “I’ll take care of it all. Just send me your script.” Written down on a scrap of paper I’ve carried around in my wallet for far too long, it was no longer legible. Oh man, can we wait until after deadline? “No. Just give me your optometrist’s number,” he replied. “I’ll take care of the rest.”

And then it was done. It’s not cheap but it’s an investment. My kids already ask me, “Dad, why have you got so many lines on your face…?” It’s what happens when you get older, I offer. “But you’re always squinting and screwing up your face,” they retort. So, to save my eyes the strain and in an attempt to limit lines I’ve built over time, I committed to Aulert’s suggestions.

Goggleman helped with the selection of brand, model, and tint of lenses… all in a five minute phone call while looking through a vast selection on offer.

Again, none of this is new nor terribly complex but when it’s part of the complete service it’s far less bother… and it ultimately enabled me to go through with a purchasing commitment I’d otherwise always found an excuse to put off. “Give me a couple of weeks,” Aulert told me. I nodded and duly forgot about it all.

Within five days, a package was on my desk. Five days…! Joy. I could see. Clearly. In the sun. I can ride and sweat and still see… clearly.

It shouldn’t be a revelation. It should be a natural choice of riding product for anyone who has a prescription lens. But I’d resisted because of the nuisance of it all. Thankfully Goggleman did everything they said they would and, for the first time since 2007, I’m wearing sport-specific sunglasses. I’m happy. And for this reason alone, it’s a favourite product for the season.

Let’s be as clear as my vision: this review has not been paid for. It was written because I wanted to share my experience and explain that it’s an easy, quick and ultimately rewarding purchase.

Review (and extra online gallery, click the image below to begin the slideshow)
[ReflexGallery id=’154′]

Roof racks that add to a car’s appearance: now that takes one heck of a sleek design. Whispbar, introduced to the Australian and New Zealand market in 2006, stakes the claim of producing a completely whistle-free rack system. They come in a range of fitting options, including longer rails pictured seen here.

The bike racks fit to the crossbar using a quick-release type system with long aluminium levers that effortlessly engage the rack with its crossbar. This eliminates the tiresome and comparatively primitive ‘line-up’ and ‘slide-on’ installation process that has long been so prevalent over the years.

The WB200 may help the resurgence of fork-fixed racks as they have developed one that is ‘carbon drop-out friendly’. This rack has a built-in 15mm through-axle conversion so those who like going off-road can own one rack that works for two bikes.

A self-adjusting SmartHold clamp is the highlight of the WB201 (down tube-secured rack). It has a mechanism that automatically fits all down tube shapes and sizes and, crucially for carbon-fibre frames, applies appropriate pressure. For fun, ask a friend to use their arm to ‘feel what the bike feels’ when on your roof (we did)… whether you choose to lock the rack in this instance is up to you (we didn’t).

We were a little bit concerned about our own dexterity when testing out the down tube-clamping WB201. We thought that there may have been issues associated with the two-armed clamp getting in the way when lifting the bike onto the car’s roof. Because of this, we practised fitting our bikes to the rack when it was not yet installed. It proved fiddly at first, but we soon had bikes on and off the racks within seconds after a few attempts. After years of using other racks, habits are hard to break but a little practice goes a long way. These new-found skills when the racks were mounted to the car was a breeze so it is suggested that you have a few trial runs before installing them. If you want roof racks that are devoid of annoying whistles and look great, have a serious look at the Whispbar range. They are a little bit different, but if you are willing to try something new, you will be pleased with your purchase.

Find out how to protect a balloon from an electric sander…