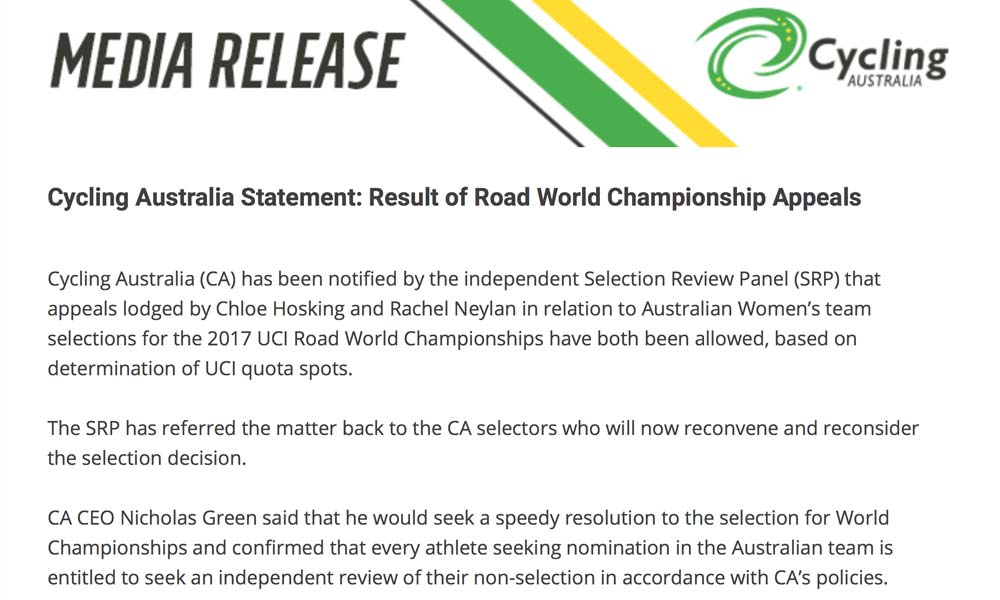 Last week Cycling Australia announced its selection for the upcoming road cycling world championships. Five women were named: there could have been eight. After an appeal, there could be seven…

What happens in modern sport when a federation puts a priority on the Olympics – and the Olympics alone – and neglects a segment of its membership out of a new coach’s apparent quest for gold in Tokyo?

The athletes who miss out on the opportunity to represent their country because of a bizarre approach to selection are forced to appeal.

Thankfully a little bit of logic is about to be applied to the original selection by Cycling Australia.

Chloe Hosking and Rachel Neylan have been advised that they are indeed eligible to race the championships in Bergen, Norway later this month. And now the CEO of Cycling Australia, Nick Green, will “seek a speedy resolution” to the matter.

How did it come to this?

This is hardly a way to endear the athletes to the federation. The full release from Cycling Australia is pictured above. It was issued at 6.36pm on Wednesday 13 September.

We wait to see what the ramifications of this whole ordeal are.