Stage three of the Vuelta a Burgos offered a glimpse at the new look of cycling: Remco Evenepoel winning, taking the leader’s jersey… and, in 2020, a face mask in matching colours. 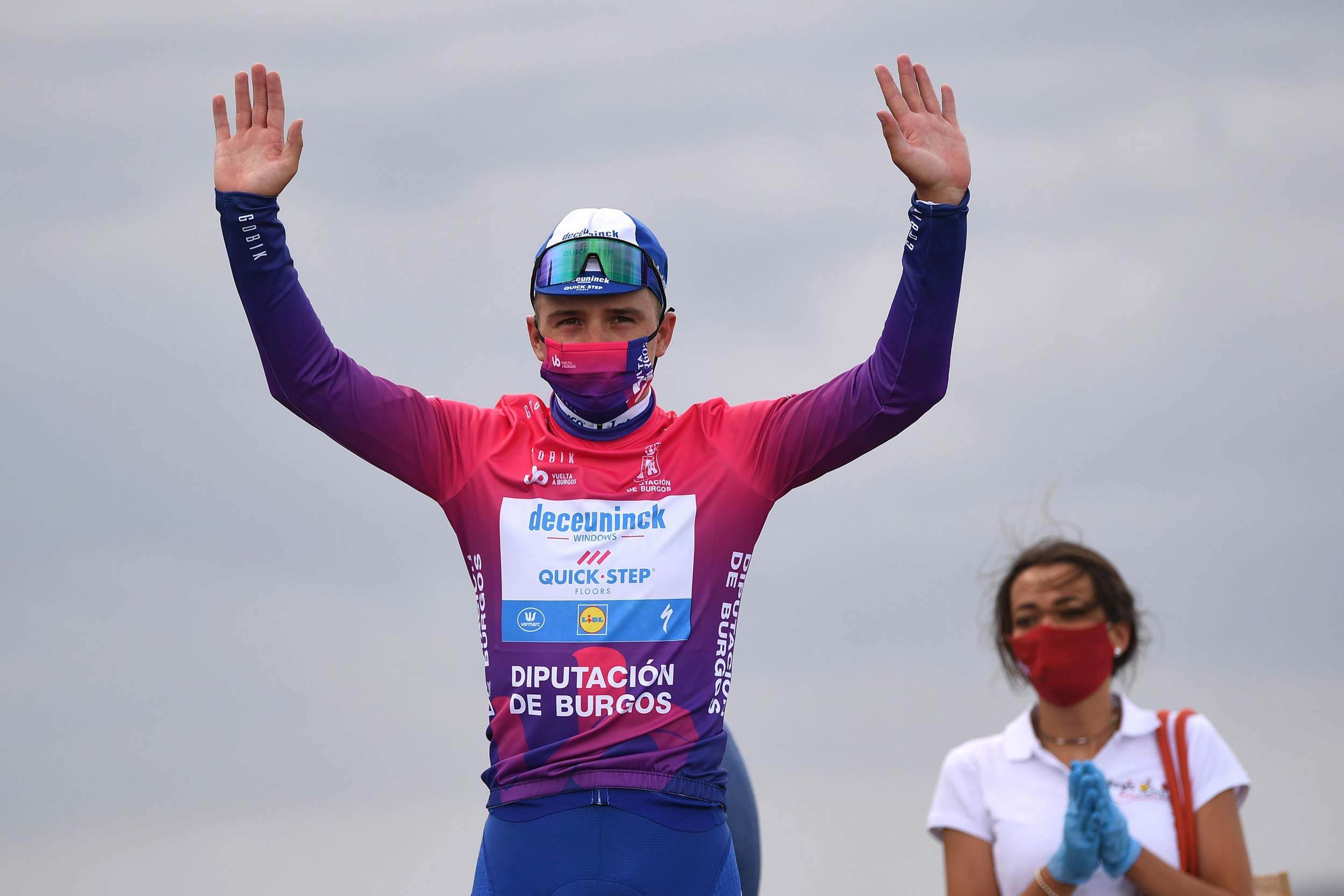 Yeah, it’s different. We know that. This is 2020, let’s just accept that intro to most stories now. But we should also note the changes that are happening because of this bizarre time.

Yesterday in Spain, for example, what unfolded at a bike race showcased many new themes. Remco Evenepoel winning is a familiar sight (even if we’ve had a long hiatus from racing) and we should get used to it. The future of cycling has arrived and, quite clearly, the Belgian is a big part of it. 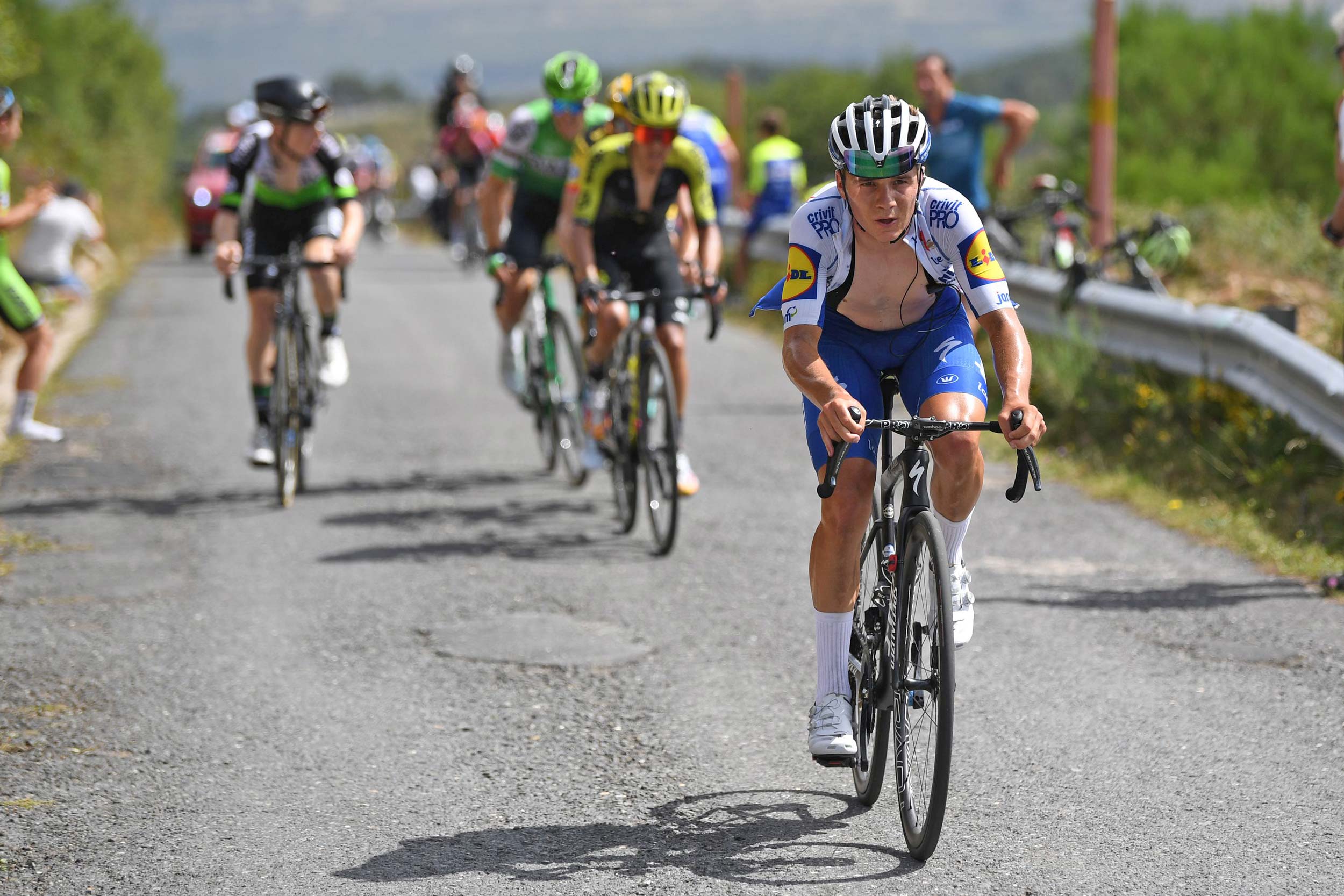 All that is new in 2020. And we should get used to it – both Evenepoel and face masks on the podium.

What’s also different is the post-race commentary offered by the winner. For some reason, although equipment plays a major part in the pro cycling carnival, it’s rare for a rider to reference what he uses when he races his bike. Evenepoel is different… on many levels.

Even if we ignore the physical attributes, we can consider something that happened after his win and ask: is this also part of pro cycling’s future?

“First and foremost, I want to thank the team,” he says in the team release. It’s a standard cycling response, and it’s usually coughed up by even the most ego-driven riders when they win. It’s logical. It is a team sport.

Evenepoel continues his overview of the stage to Picon Blanco: “They helped me in the echelons, rallied around me and kept me out of the wind, and this victory is my way of thanking them for their amazing work.

“I was confident in the guys, they had confidence in me, and you could see that in today’s result.” 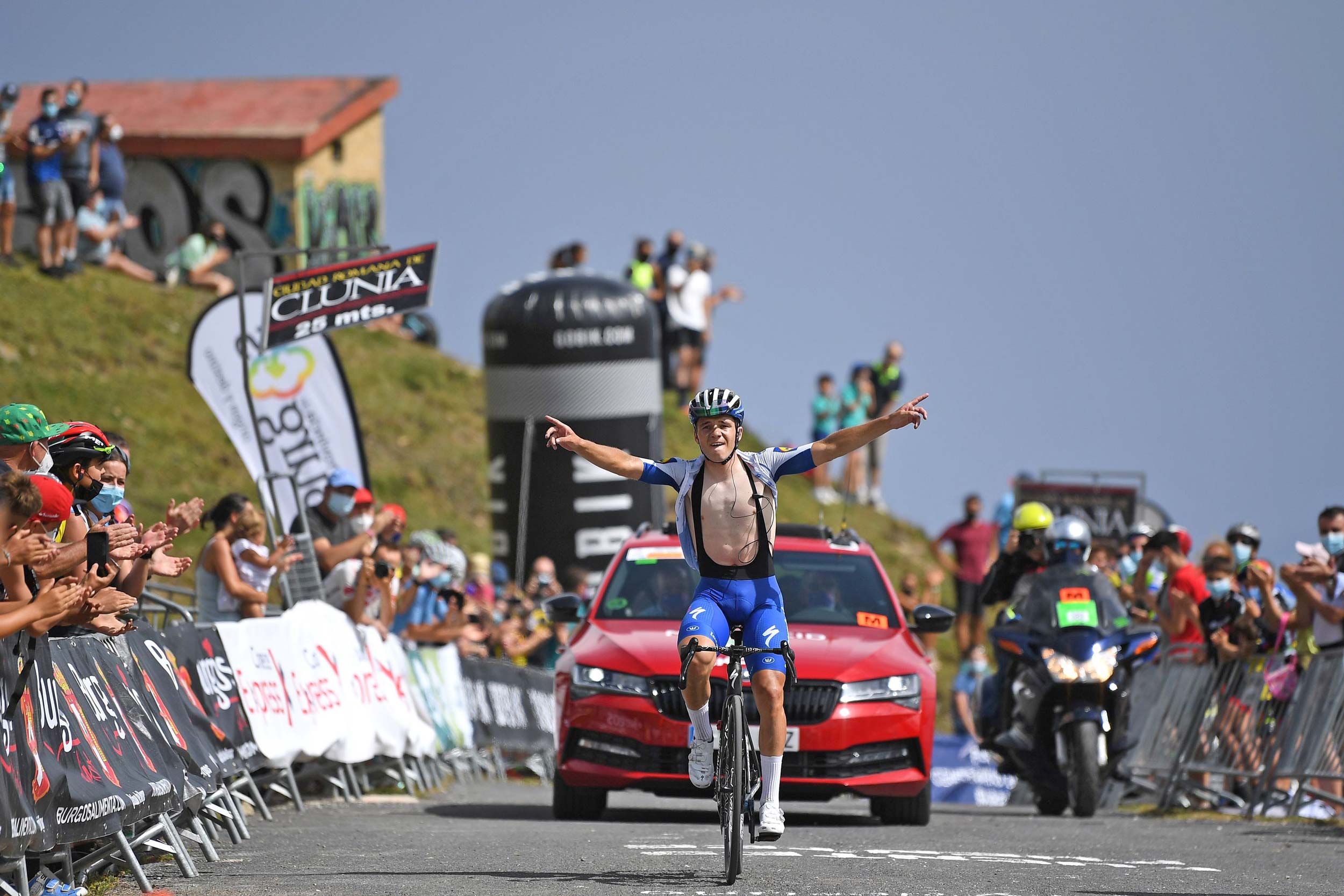 Good rider, appreciative commentary, and a professional approach. We’ve seen similar things from other riders before, young and experienced. But then comes the next sentence. Consider it as you read it: “Winning again after so many months feels great and doing it on the new Specialized Tarmac SL 7 makes it even more special.”

Released this week to much fanfare the SL 7 is a new bike. It’s what Remco races now, in 2020 – when he gets presented with a couple of face masks as part of the podium ceremony – and he even thought to talk about it.

Why is this significant? Because it’s actually quite rare for a rider to reference their bike. Although the industry prides itself on the R&D done in conjunction with teams, even though vast sums are invested into pro cycling by bike brands… despite all the many associations linking riders to equipment, Evenepoel’s comment stands out.

It has been done before, there has been a passing reference here and there, but often it’s the negative that reverberates, longer and louder, than the positive. (Anyone, for example, seen Bauke talk about SRAM?)

But yesterday was different. Of course it was, it’s bike racing in 2020. And it’s happening again, with a new aesthetic and a rider who does things differently, on the bike, and when talking about the win… and his bike.

The SL 7 won the race and the guy who did the pedalling talked about it.

It’s another hint that there’s more to Remco than the fact that he often gets to the finish first. He’s different, special even. And Specialized must be relishing the fact that he’s able to be so professional in such strange times.