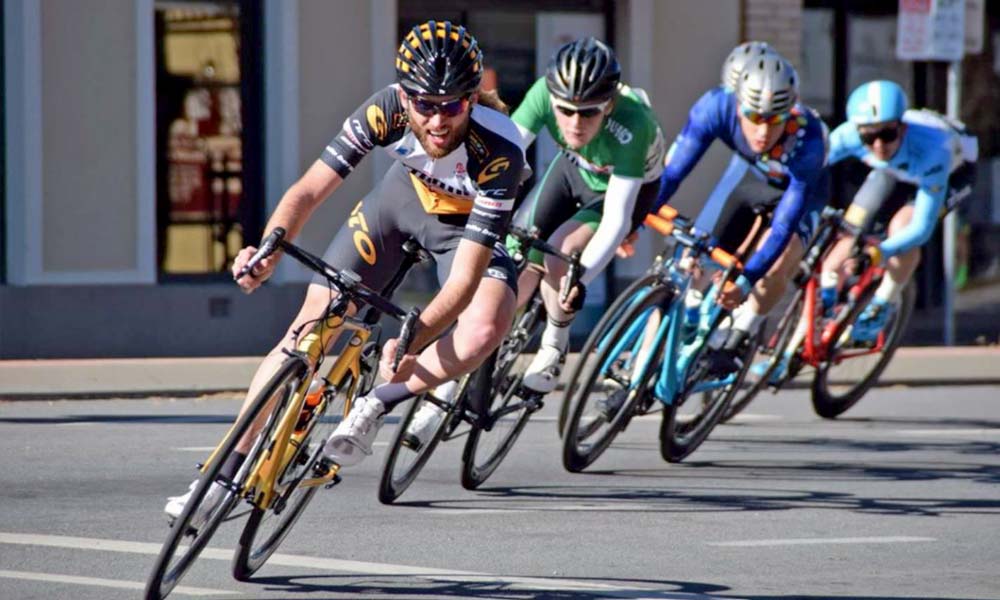 Our series about mental health by Tim Guy continues. In the second part he explains how his cycling coach, Mark Windsor, helped him through some turmoil in his teens…

In part one, I introduced you to my experience with anxiety, depression and cycling.

In part two, I highlight the impact my coach and al- round legend Mark Windsor has had on my development as a cyclist and my understanding of my mental health.

My spindly 13-year-old legs screamed at me to stop – but I didn’t, I couldn’t! I had to hang in till the end because Mark Windsor was racing.

‘Windsor’, as he is affectionately known in Bathurst cycling circles, had made the trip across to Orange with his two sons and local superstar Mark Renshaw! Windsor was an AIS satellite coach and a New South Wales Institute of Sport high performance regional centre program coach.

It was his role to identify and foster talent in our region. However, I simply knew that he coached Renshaw and that was enough for me. I wanted to be coached by him too. 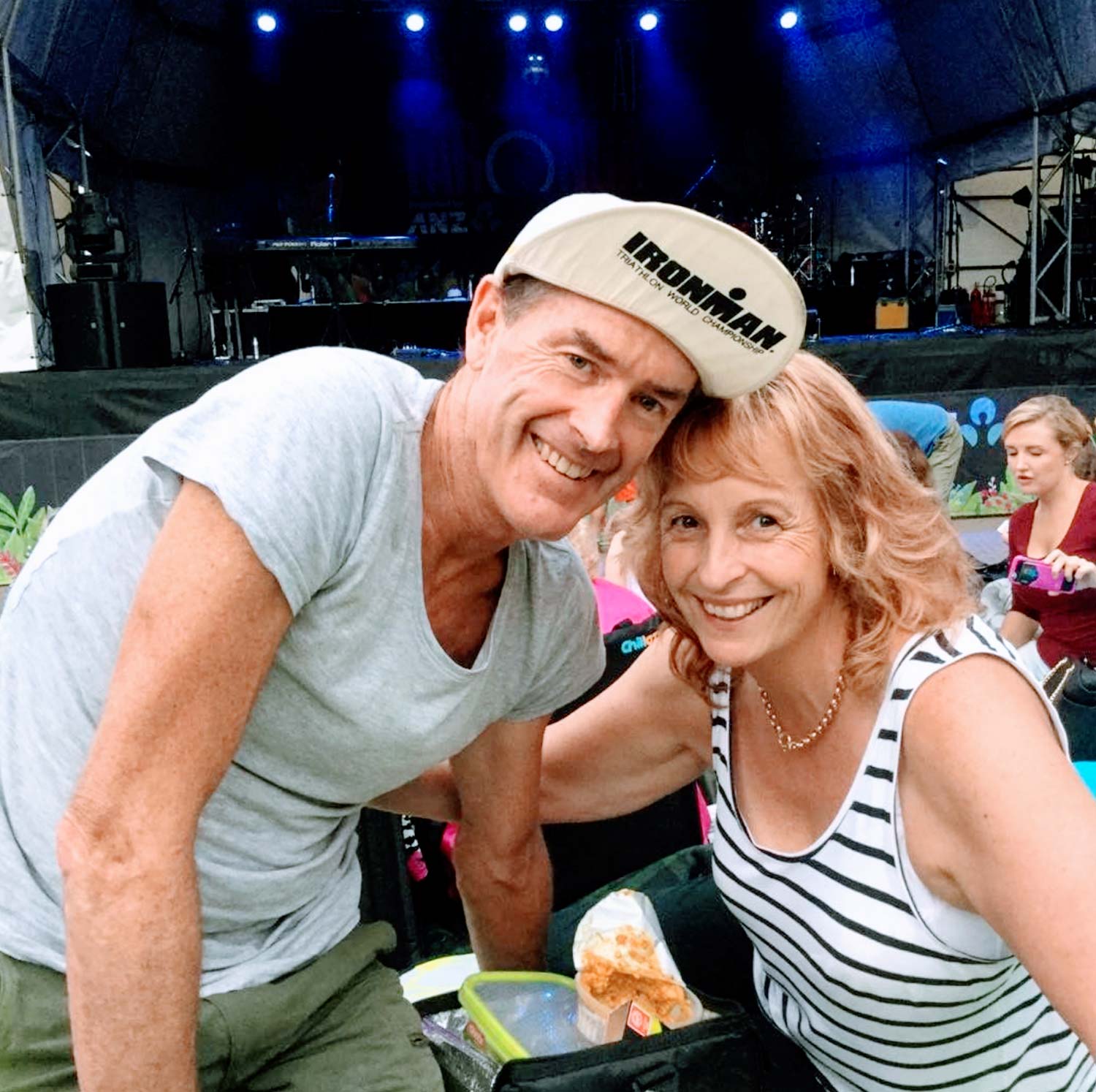 Mark and Kerryn Windsor (above), two inspiring people with a long, close association with cycling.

When I left the sport at 19 due to paralysing anxiety and depression, Windsor had been my coach for six years. He had helped me race into numerous state and national representative teams, two years of contracts with UCI Continental cycling teams and two UCI 2.1 stage race starts.

Yet, somehow, with Windsor it was never about the result; it was about the experience, about learning to adapt to new environments, new roles, new training stimuluses and race situations. There was always plenty to focus on beyond your end position.

In hindsight, there is little chance I would have had so many positive experiences under anyone else.

I can now see that anxiety was underlying from an early age – but Mark had a way of framing things. I adopted his lens and, through it, cycling became my escape. Thanks to Mark, cycling was an area I was confident in, a place I felt I had value.

The learning experience with Mark was free flowing. There was something to learn from every situation. Mark had a quick wit and calculated humour that effectively dissipated my stress and encouraged a focused enjoyment. I invested in cycling, despite anxiety holding me back from investing fully in school, relationships or anything else.

After high school, things slowly changed. There were extra stressors; I put pressure on myself even though there was none from Windsor. His program gave me time and space to develop, but, my anxiety seeped into everything. Its vine-like arms stretched in all directions and strangled all hope. Eventually, it had me on my knees.

It wasn’t just pressure that invaded my life. It was also a generalised, inexplicable and unrelenting fear that encompassed my entire being. As well as an unshakable dull ache and a shame ridden bitterness. All in all I felt consumed in hopelessness.

I didn’t know I had a mental illness. I thought I was just a horrible person with no capacity for empathy and a heart of stone.

Anxiety became a thick glass window through which I could see everyone else moving forward; I could even see a path for myself, but I couldn’t get to it. I’d push against the glass but it wouldn’t budge. I’d punch it, kick it and whack it with hammers till I was so exhausted all I could do was slump to the floor. I knew life was just in front of me, but I couldn’t get to it, couldn’t engage in it, couldn’t live it. 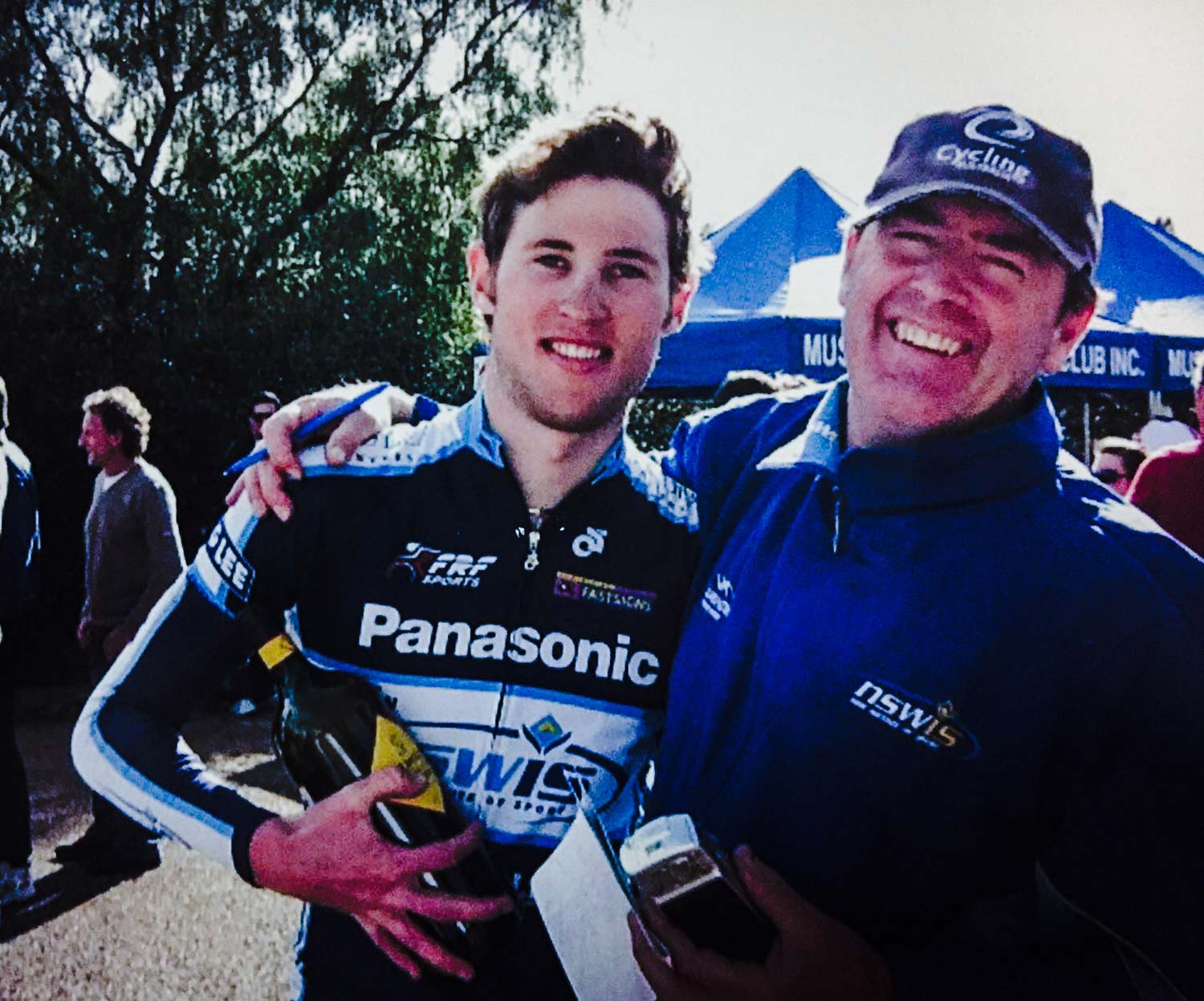 Tim Guy and Mark Windsor… back in ‘The Day’.

I sat on the end of my bed, hand trembling whilst trying to hold my phone. I was talking to Mark about my decision to stop cycling.

I thought I’d take a bit of time away and come back when I started to feel better. I thought my focus on cycling was the problem.

Mark agreed with my decision to step away. We both thought it was burnout, that I’d come good with some time invested in other things, time to recharge. It didn’t happen. The fear sank in again and again, day after day, year after year.

“With the experience of previous junior world’s stars, I was ready for a bit of burnout. So, when Tim started to battle, I thought I had the situation under control. However, like many others, I misread it. Tim was battling with a much more serious mental condition than junior world championships burnout.”

I saw people I’d raced with sign WorldTour contracts. I saw friends falling in love and getting married. I saw people building careers, enjoying travel. And I saw people with focus and direction. In summary, I saw people experiencing life!

From the outside, I looked like I was experiencing it too. Even without cycling, I was travelling the world, investing time in community groups and studying at uni – but I was nothing but a shell, my movements a facade. Behind a convincing smile, I felt like I had no more substance than a cardboard cut-out.

Anxiety was plaguing my every waking moment. Yet amongst the suffocating fear and in the midst of my darkest, most panic ridden moments, I was comfortable riding around to Mark’s house and sitting down for a tea with him and his beautiful wife Kerryn.

Mark was one of my greatest supports. He used his engaging nature to help me navigate life after cycling. He was no longer my cycling coach, he was a life mentor and a trusted and valued friend. He showed genuine interest in my wellbeing and spent time deeply considering my situation and how he could best support me. Even when I found little hope in anything else, a catch up with Windsor was always welcome.

After four years away from the sport, and when I came to the conclusion it was not cycling that had been the problem, Windsor was there.

When I came to him saying I wanted to try and ride again, he was already prepared. He had hatched a plan that had nothing to do with racing, and not about performance. It was simply about trying to allow cycling to be part of my life again.

Although cycling had not been the cause of my anxiety, there was still a lot of disappointment and fear associated with it. I found it hard to engage with it without feeling bitter that I couldn’t experience the joy I once had in it.

Windsor’s goal was to enable me to realise that, despite my illness – despite what I thought about myself and despite the lack of joy – I was still a cyclist, and that cycling could and should be part of my life.

Windsor was attempting to move me from actively and constantly questioning who I was and what I felt, to just ‘being’. He argued that regardless of what I thought or what I believed, the fact remained that I was a cyclist.

“Your dad is a cyclist and you are a cyclist. It is just what you do. You know you can’t trust what you think. So, you have to go with the facts. If you go down the street in Bathurst or Orange and ask people about Timmy Guy, they will say, ‘Isn’t he that cyclist?’ It doesn’t matter what you do with it, how good you are, or how you feel. You’re still a cyclist.”

Of course, this was no miracle cure. It took years before I was able to accept that cycling could be part of my life even alongside serious mental health issues.

Windsor has been there through it all. He has used his extensive knowledge and experience as a coach to create heavily individualised programs that have allowed me to not only return to the sport but to continue to manage better and better.

(In part three, I will look at the specific nature of the training programs Mark implemented that firstly allowed me just to engage with the sport again, and secondly have allowed me to return to international competition.)

*Mental health issues are not uncommon, not a sign of weakness, and not something we can all just ‘get over’. If this article has raised some issues or concerns for you, please consider talking to someone and getting some assistance.