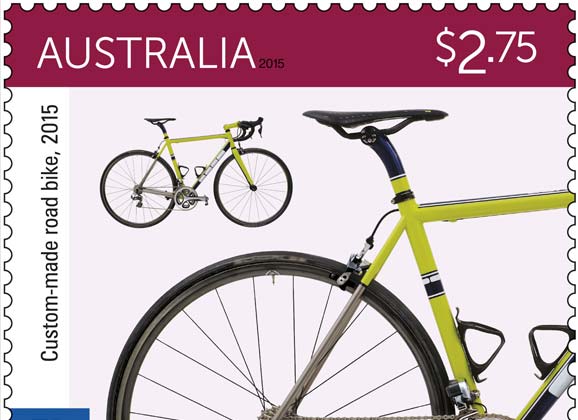 “Recreational, commuter and competition cycling have long been popular with Australians,” said Australia Post’s Philatelic Manager, Michael Zsolt, “and this stamp issue embraces a resurgence in this trend.”

He is talking about four new stamps that will be released on 13 October, all with a cycling theme.

Two of the bikes featured are from Paul Farran’s collection, including a Penny Farthing from 1870 and a ‘sprung’ bike by Finlay Bros from the 1930s. 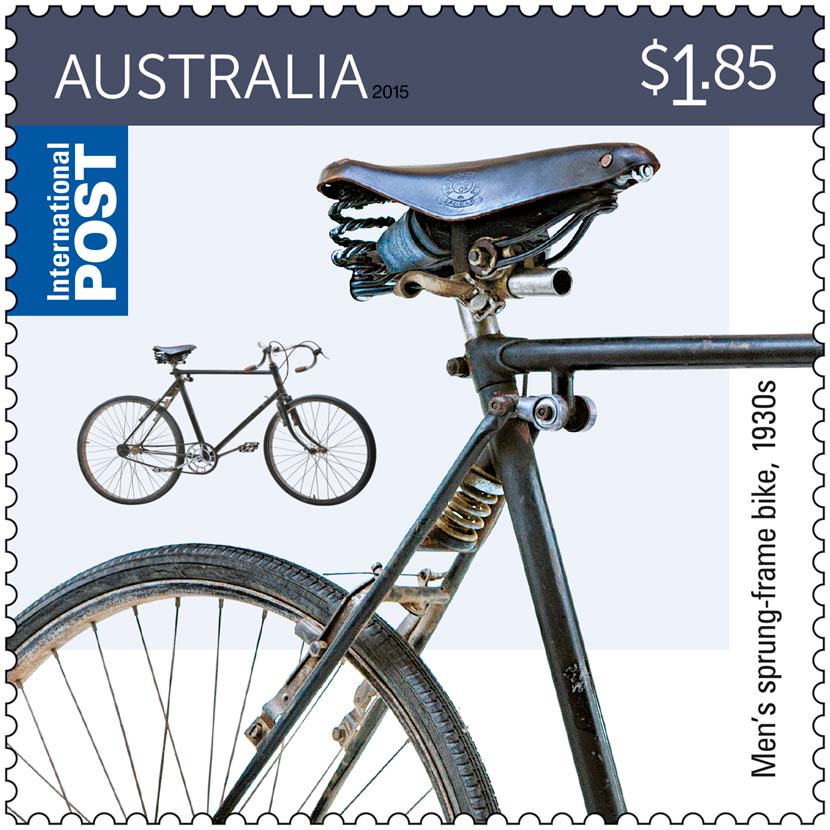 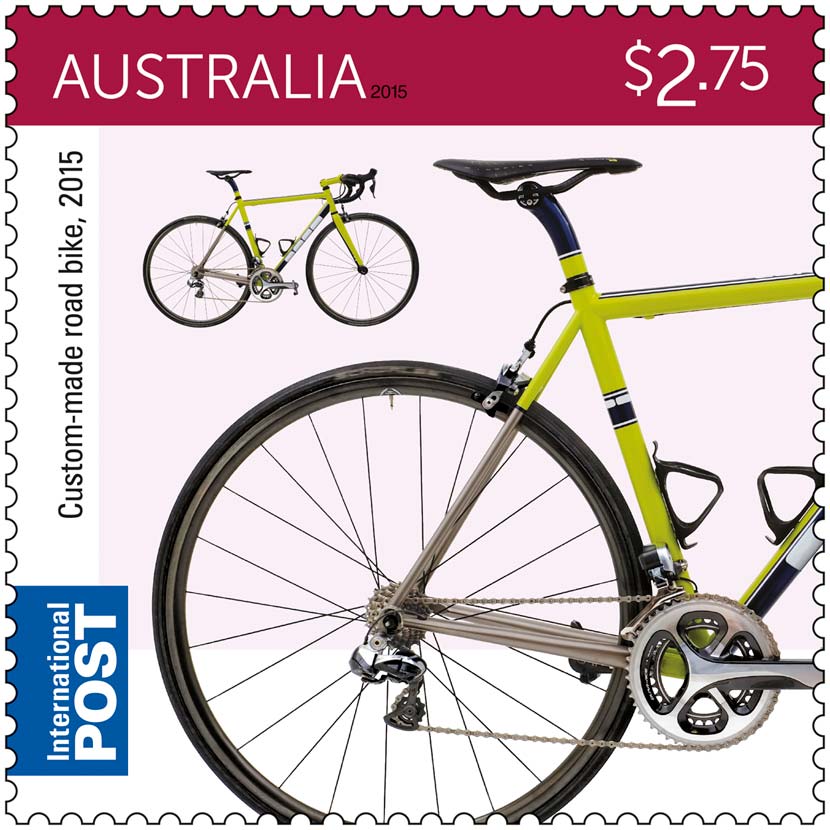 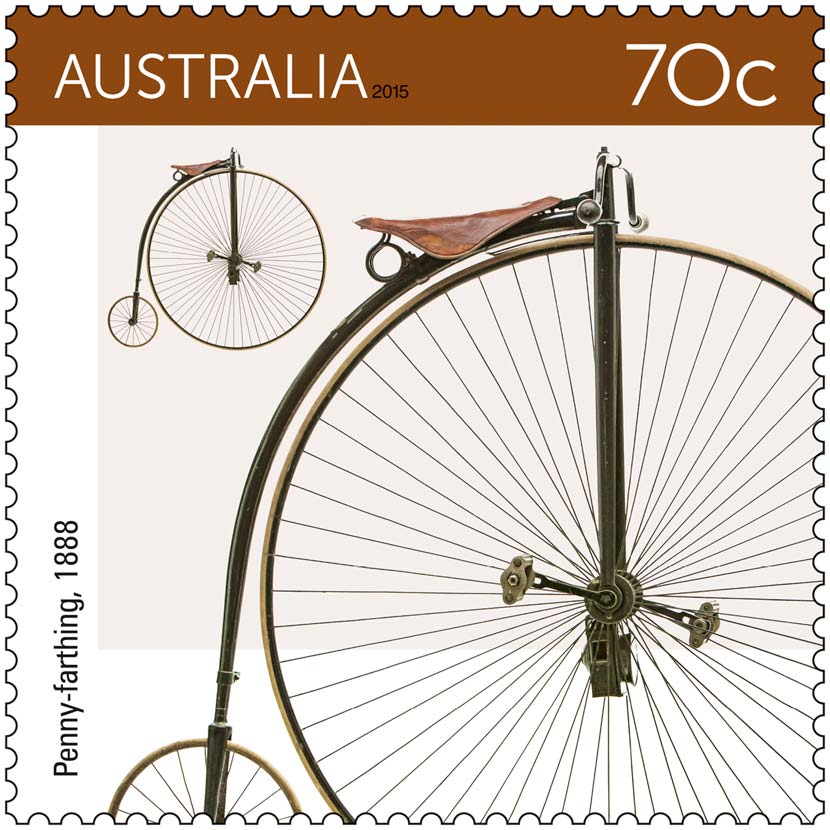 The Bicycles stamp issue is available from 13 October 2015 at participating Post Offices, via mail-order on 1800 331 794 and online at auspost.com.au/stamps while stocks last.