Yesterday some equipment innovations at the Oceania championships were noticed. Today the time of the Danish pursuit team’s first-round ride deserves some attention…

It’s not a world record but it’s close, damn close! More than that though, the Danish pursuit team – the same four blokes, race after race – were consistently quick in the three rides at the European championships this week.

Lasse Norman Hansen, Julius Johansen, Frederik Madsen and Rasmus Pedersen. Remember these names. They may be the four men who spoil the party that many believed would be reserved for the traditional rivals in this specialty event, Team GB and Australia.

It’s not easy to find a photo of the Danish team’s ride. It’s difficult to know if there is special equipment being trialled. There’s not much of a fuss being made of the times posted at the European championships overnight in Apeldoorn but, in track cycling terms, this is significant. 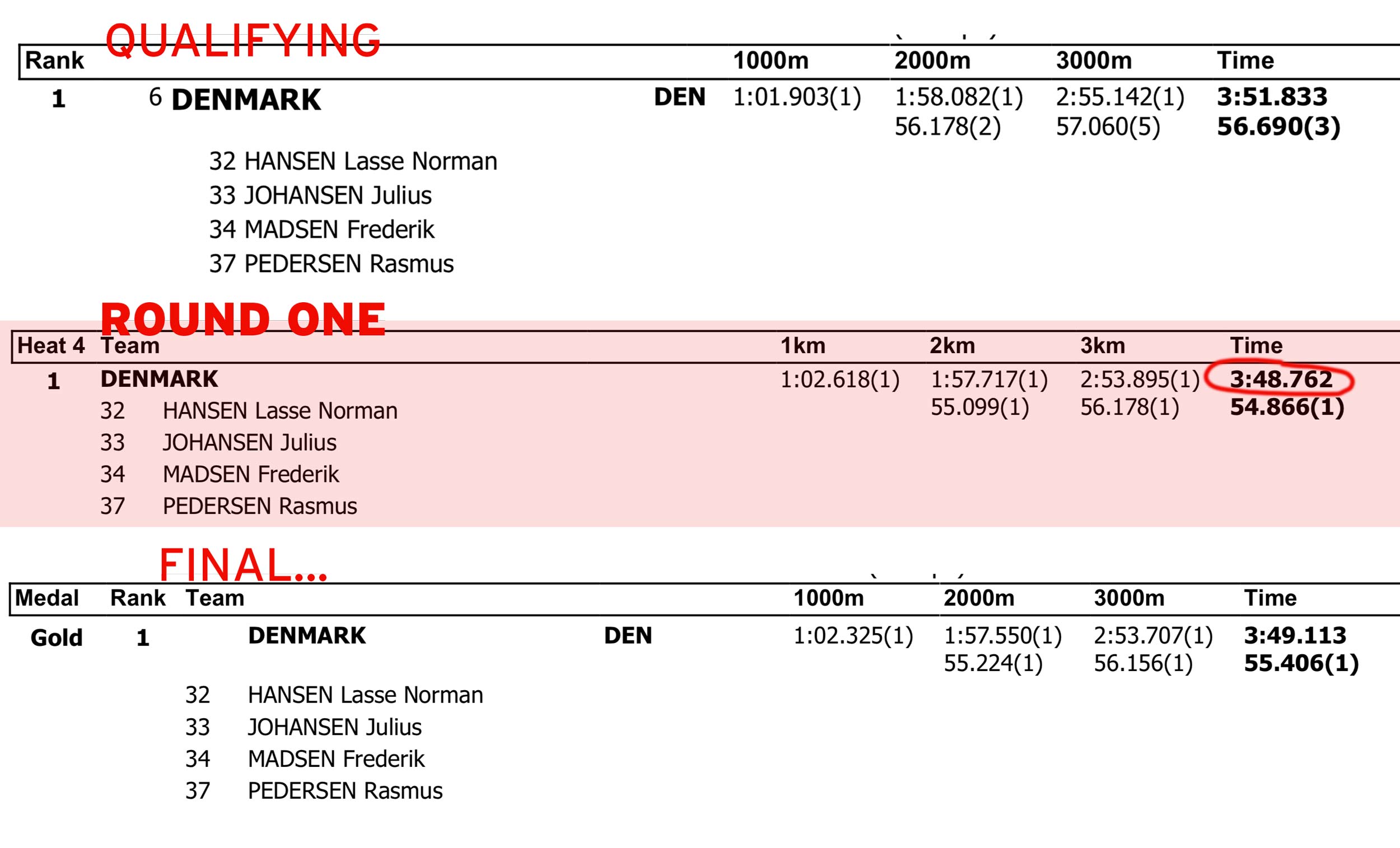 The bronze medal in Pruszkow was won by Denmark: Hansen and Pedersen, along with Niklas Larsen and Casper von Folsach, who posted 3:51.804.

Outside of the track cycling realm, these times don’t add up to much. But to those who know the team pursuit, 3:48 is a special number. 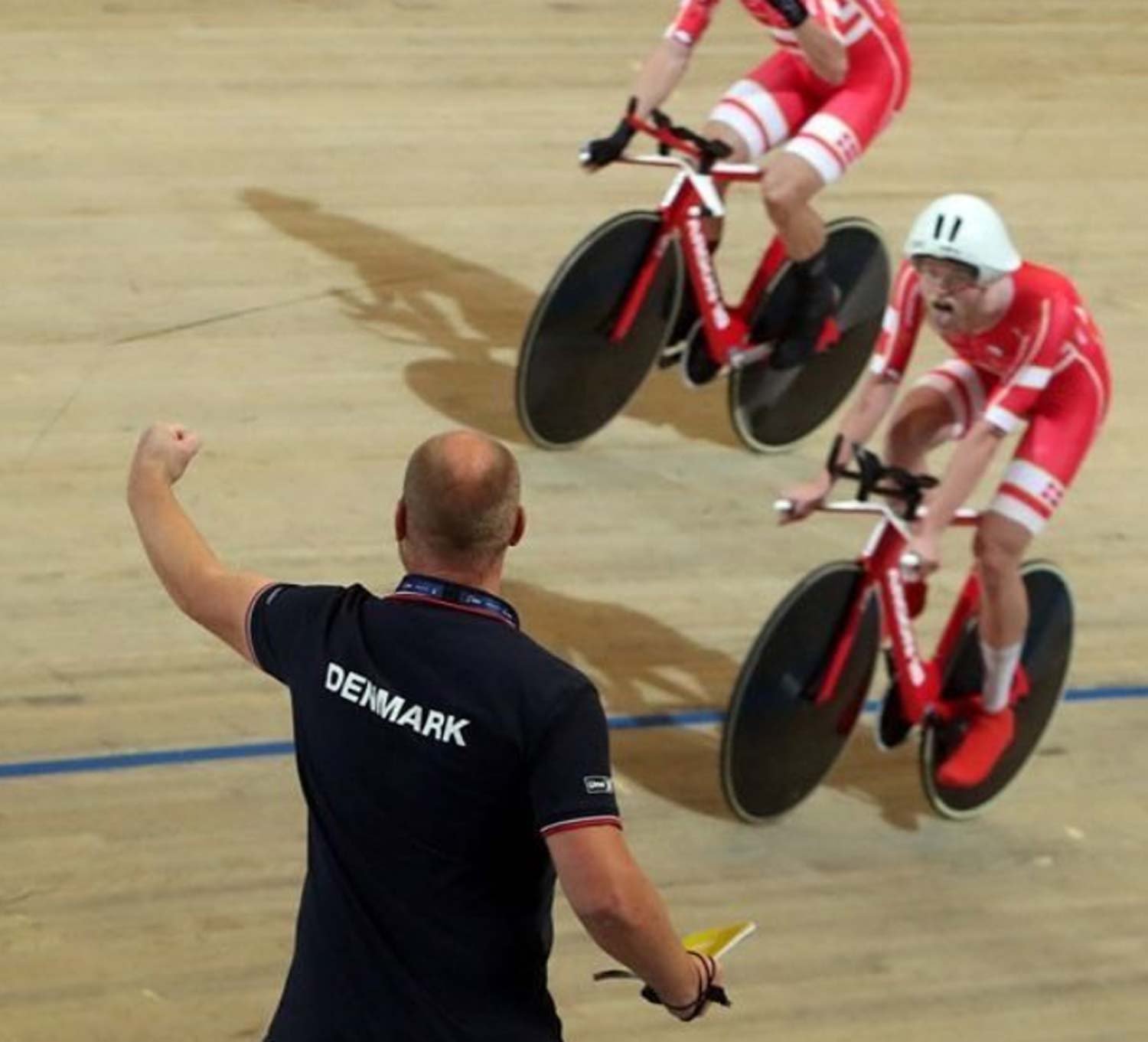 The Australians and Brits remain favourites for The Race That Matters: the final at the Olympic Games, but the Danes should not be overlooked.

Hansen, Johansen, Madsen and Pedersen are the first four men to have raced the 4,000 metre event in less than 3:50 twice in a day.

It’s exciting times. But shhhhh, this is track cycling. It’s something fantastic but, going on the way that it’s reported in modern times, it’s also fair to suggest it’s also something of a secret society.

In Tokyo next August, however, there’ll be a few days when the velodrome becomes a focal point and we wait to see if it’s the flying Danes who maintain their pace and muscle their way onto the Olympic podium. If that happens, it is bound to generate a little extra attention.