One of Australia’s greatest cycling ambassadors, Danny Clark, has been involved in an accident with another cyclist, leaving him with five broken ribs and the prospect of an operation in a Queensland hospital.

“I was just riding down along the beach and a girl just came flying out, straight across the road and hit me head on.”

Danny Clark, a living legend of Australian cycling, explains the incident that has earned him five broken ribs and a stay in the University Hospital on the Gold Coast in Queensland.

The 68-year-old had only just returned to cycling after a lay-off because of injury but one of his first rides back was cut short by a freak accident earlier today.

“She was on a bike and I was on my bike. I was in the riding lane and this woman on a bike just shot right across the road and straight into me.

“I don’t know whether she was on the phone or why it happened.

“There were a lot of people walking around [nearby]. With this virus everybody is just walking along the beach and things like that, so I don’t know if the rider who hit me was distracted or what.

“I don’t even know if she’s hurt or anything because I was just lying there with five broken ribs and two ‘floating ribs’, which means two ribs are broken in different places and the bones are just sliding around.

“So, they want me to get surgery to put plates on there but I don’t want to have an operation.

“They said, ‘Yeah, but if you go home and sit around, your lungs will fill with water and you’ll come back with pneumonia.

“It’s a bugger. It’s bloody painful,” he told RIDE Media after answering his phone shortly after being tended to by doctors.

“I haven’t hurt anything else at all,” he confirmed, before reminding himself of how the accident happened – so quickly and with no time to act.

“Out of the corner of my eye I just saw this bike coming and I looked up and ‘BANG!’ Straight into me. Head on.” 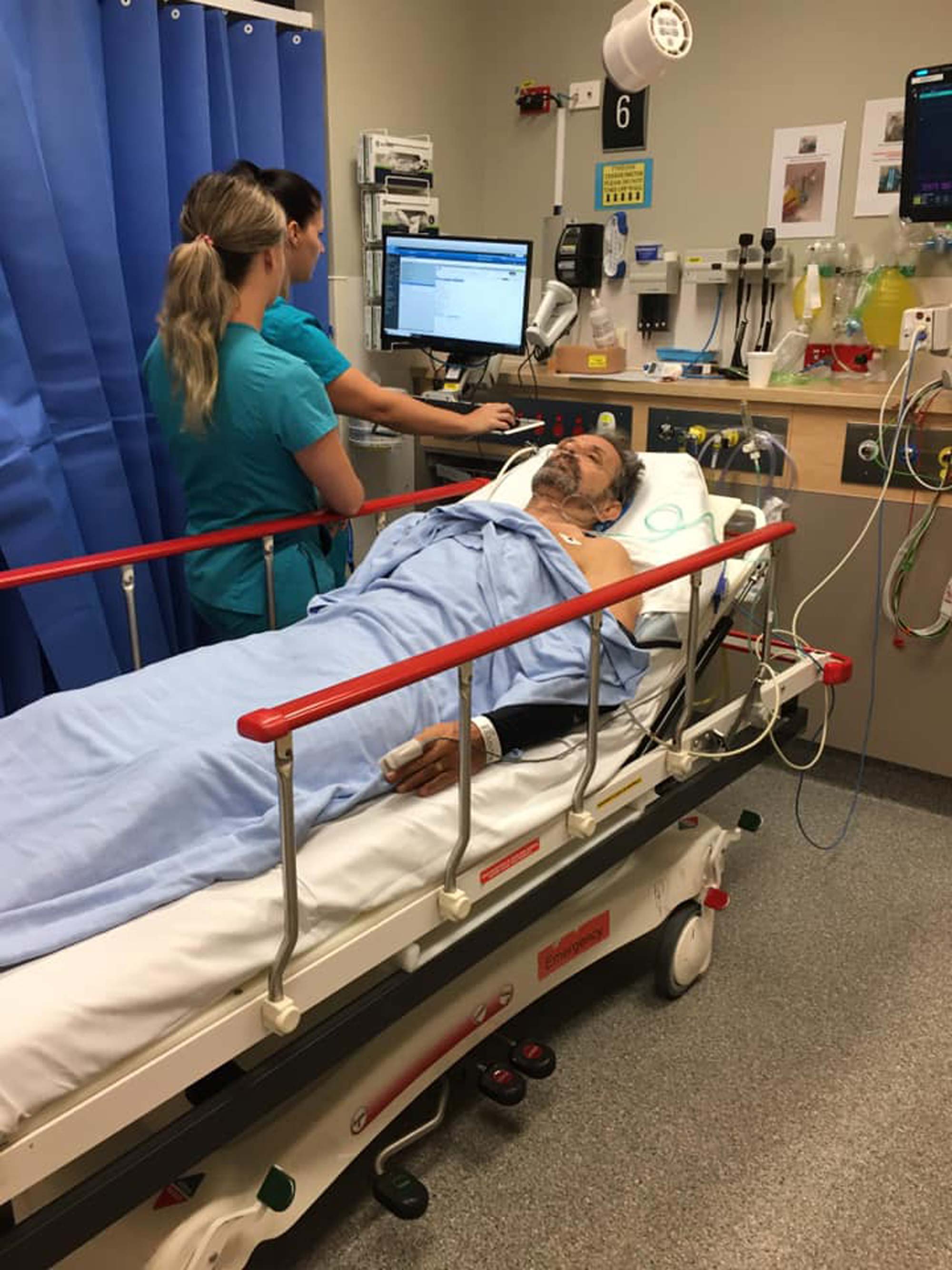 It’s a reminder that even a bike rider with Danny’s history, pedigree, longevity and skill needs to pay attention even when there’s not a great deal of traffic.

“You’ve got to be careful nowadays,” he said. “Anything can happen.”

Clark is famous for many exploits during his long racing days and he never stepped away from cycling until injury forced him to take a hiatus at the end of last year.

“In December,” he explained, “I was doing some weightlifting and I really hurt my knees bad; I could hardly walk 100 metres, so I had two and a half months completely off the bike to try and heal my knees.

“I only started getting back on the bike again last week, riding along the flat roads alongside the beach, just slowly get some fitness.

“I’ve nearly had four months of nothing, and I’ve just started again, and this has happened.”

He agreed to stay in touch with RIDE Media and we’ll report on his recuperation in the days to come.