Another strange situation relating to handlebars and track bikes of the Australian Cycling Team came to light overnight. Riders contesting the ‘kilo’ at the Commonwealth Games were told that they’d have to use their ‘sprint’ drop bars rather than aerobars that have become ubiquitous in this competition in the past few decades… but, asks Brian Mangano, is the old-school set-up more effective for this time trial?

*Note: this is an unsolicited column sent by cycling enthusiast, Brian Mangano after he read about the issues faced by Australia’s ‘kilo’ riders – who finished first and second in the 1,000m TT at the Commonwealth Games. 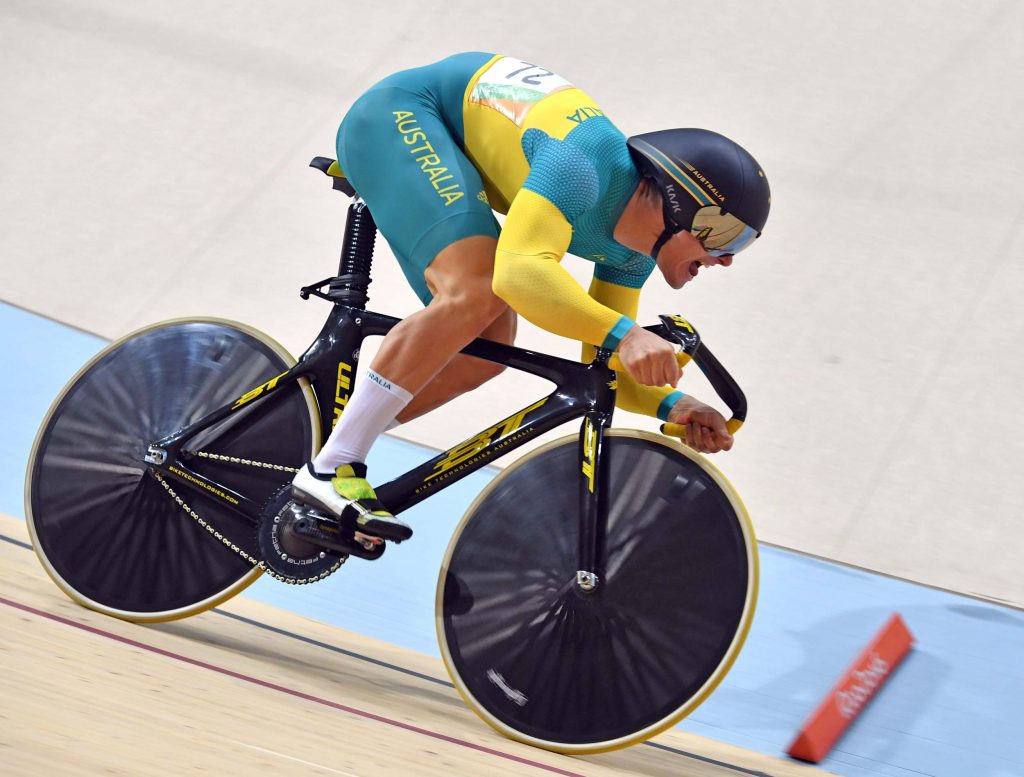 Glaetzer in the sprint at the Rio Olympics. (Photo: Graham Watson)

In relation to the ‘kilo’, I’ve ridden a couple of dozen of these things though not at an elite level. Best time is 1:12, so the elites would literally put a lap into me!

With it no longer being an Olympic event, I wonder just how much time the cyclists would have spent riding in the aero position. Were they targeting the kilo, keirin or sprint success? The reason being: it gets quite technical and specialised. Getting the base bar in the right spot for the start, the transition to aero, and then hanging on for dear life.

Breaking the three down:

1. Base bar in the right spot

The start is all about unadulterated power. Basically deadlifting as much as you can, as fast as you can, until you’re about to spew. Fun times!

Getting the hand position spot on, or being adapted to such a position, is pretty important. Don’t train it, you will bleed power.

You need to be as stable as possible to resist the force of the legs smashing down on the pedals. Considering the guys racing would do a whole lot of similar efforts during sprint/kilo training on standard bars, they were probably better adapted to the drop bar position anyway?

Whilst trying not to vomit, and maintaining near maximum intensity, let go of the relatively stable thing you were holding on to and shift to a less stable thing. I promise it’ll be easier once you’re there… Unfortunately, you’re going to break the chain of resistance between your massive legs and the things you were pushing against at the other end for a few moments but hold your form once you’re there and it’ll be worth it. Maybe. Didn’t train it much at full gas? All the best.

3. Hang on for dear life

Back to that chain of resistance. In the aero position things are a little floppier, and chances are you don’t do most of your riding with this hip angle either. The power numbers at the pedal probably aren’t representative of how hard your body and mind is working to get the job done.

Seeing stars, wanting to vomit, possibly a bit of an unstable base. Again, all pretty specialised stuff. 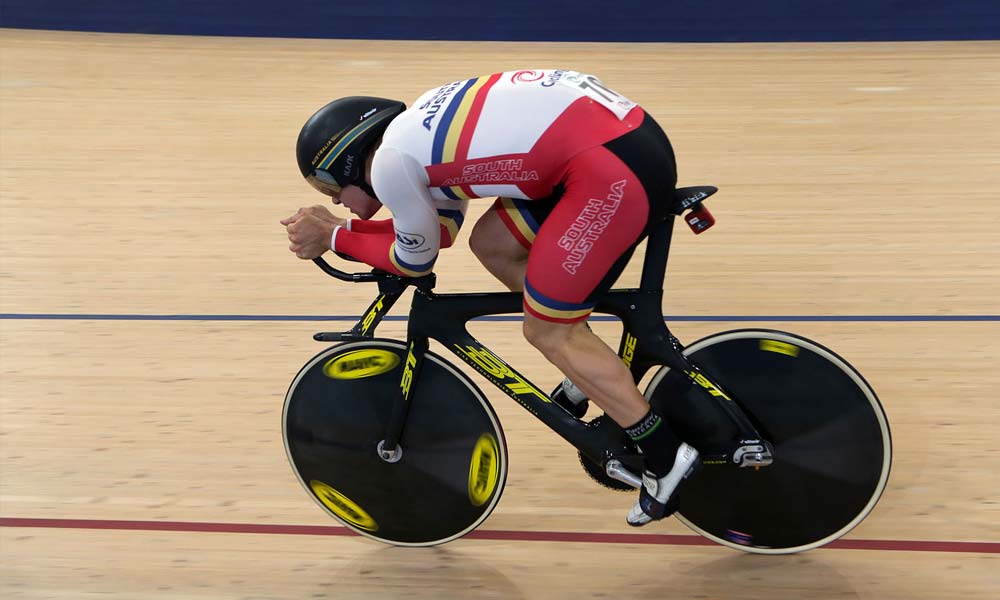 So, whilst it can’t be denied that punching a smaller hole in the air is a good thing, the whole “all things being equal” needs to be considered. Does the position compensate for the change in output? If you haven’t trained it enough, probably not.

I had a quick Google to see if I could find time splits, the only thing I found in the few minutes of searching was your article from 2017 about Glaetzer’s Australian sea-level record.

I haven’t dug through any World Cup data… yet.

It could be insightful to compare it to a couple of other rides to see how they correlate, particularly the first and last laps.

My honest opinion is that the people at AusCycling mis-managed their way to success on this one.

The athletes should be celebrated, the administration admonished.

Most importantly though, people should be encouraged to get out on their bikes; whether it be a ride through a park with your kids, an epic adventure, belting around a velodrome, or any other way you choose to enjoy your two-wheeled pleasure.