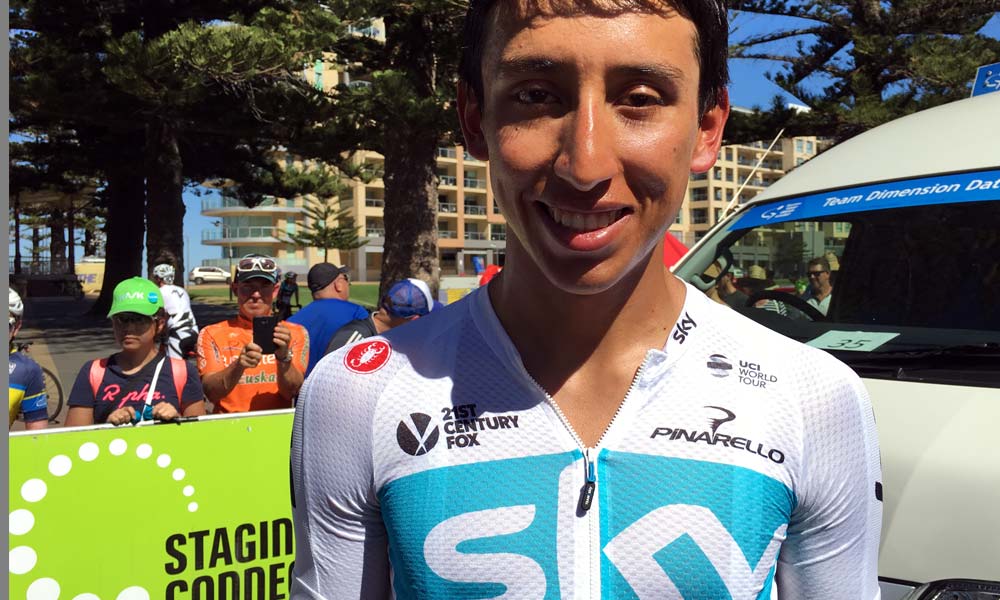 A quick follow-up to yesterday’s interview with Egan Bernal… where he explains his amazing VO2max score – and remind us: “It’s just a number”.

Yesterday we got a bit of background on Egan Bernal of Team Sky. The 21-year-old sat down for an extended interview with RIDE and explained how it came to be that a boy from Colombia is now racing the WorldTour with a British team.

Today, before the start of stage three of his race debut with Sky, I caught up with him to ask about an article suggesting his VO2 max was 88.8.

That’s true, to an extend. But, as Egan told me today, that was when “I don’t train”.

Of course, readings from VO2 max tests can vary significantly, depending on – among many other things – the protocols used to attain the number.

But it would seem that Egan’s conquests on the bike were… ah, inevitable. He is a physical freak if the numbers he has posted are any indication of what he’s capable of.

“I think it’s only a number.

“When I am in the [peloton] I am suffering like the other guys. It’s crazy to think that the VO2 max is all in cycling. But… yah, it’s a good number.”

– To listen to the interview, click the SoundCloud file below. –