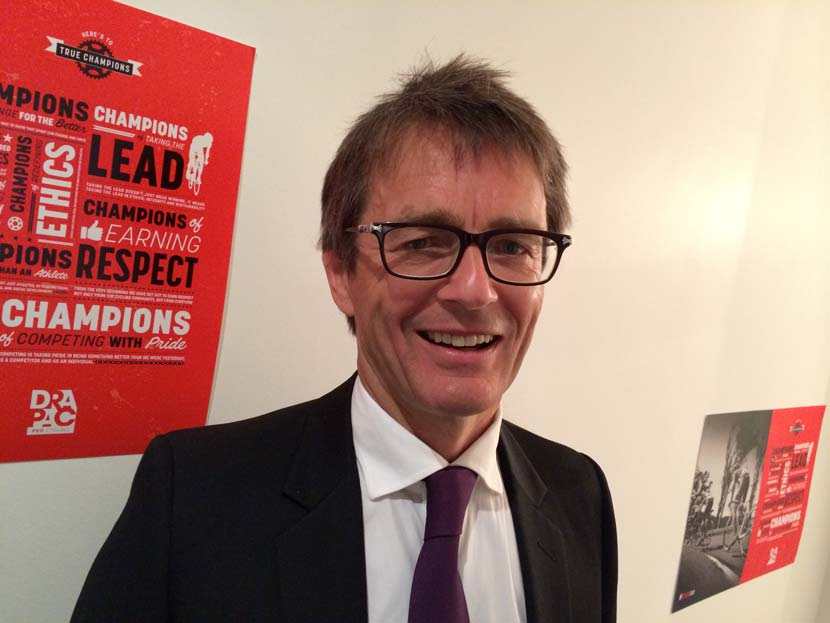 End of an era: Drapac looks beyond pro racing to support cycling

The contribution made by Michael Drapac to the Australian bicycle racing scene is a formidable one. He came to cycling with a vision and, after 15 years of sponsorship of a race team, it’s time to exit the pro scene…

One era ends, but another is about to begin. The Drapac Cycling team, founded in 2004 and regularly expanded over the years, will cease to exist at the end of 2019. An announcement made earlier today explains that one of Australia’s most passionate cycling fans, Michael Drapac, has decided that the time has come to wind things up.

The Drapac-Cannondale Wholistic Development team, as it is known this year, will “conclude at the end of 2019”.

Under various titles, always with the family name (and title of a property development business) attached, Drapac has had considerable influence in the competitive scene for many years. The team was born out of a passion for the sport that Michael shared with his family.

Drapac has had a long association with the Brunswick Cycling Club and, of his five children, three – Ally, Damion and Pat – raced competitively. This family association cemented the notion of investing in cycling but, in typical Drapac style, he wanted to do things a little differently.

Rather than just throw cash at the sport and make the statement that he hoped to, one day, be part of the Tour de France peloton – a claim made by so many start-up teams that it now seems a little like ubiquitous white noise – he wanted to instil upon his riders that education was also a fundamental element of an athletic career.

If you raced with any of the Drapac teams over the years (UCI Continental, Pro Continental, or WorldTour), study also had to be part of your agenda.

Riding a bike is good. Racing a bike is a true art. Winning a race is something special. Winning in life after racing your racing days are over, Drapac suggested, is even more special.

It’s a theme he pushed hard despite often being ridiculed. He was chastised at times for thinking outside the square in a sport that often seems insular and stubbornly set in old-school ways. 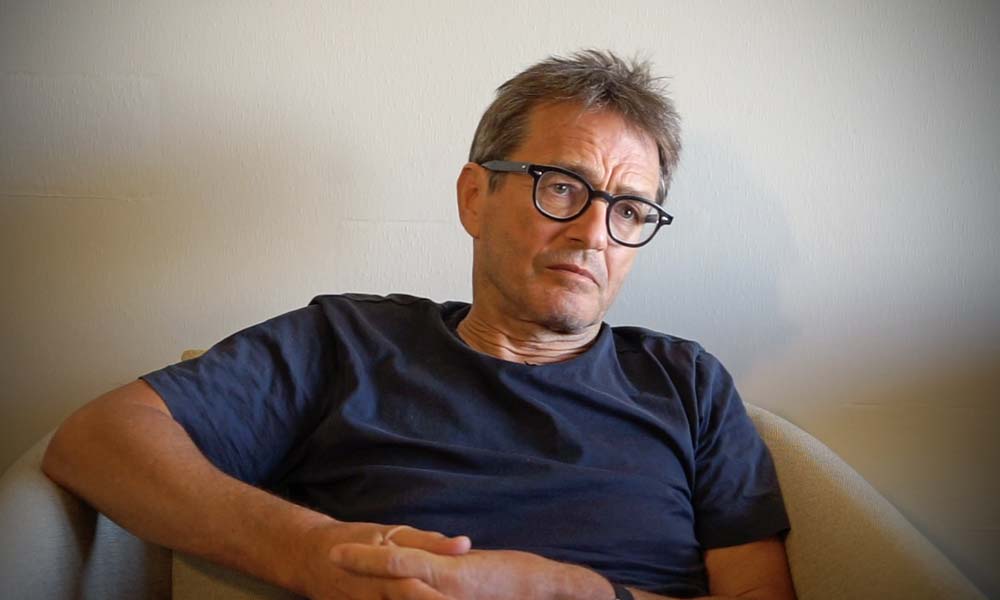 Click the image above (or this link) to see a long interview with Drapac.

Drapac understands the benefits of cycling and his investment, while considerable over his years as a team sponsor, was made not so much to promote any product but to try and showcase the beauty of racing a bike.

You cannot “buy a Drapac”, and so any publicity earned was largely for the benefit of the team itself, not the brand that graced the jersey. The idea of funding a team may have come from an urge to provide Ally, Damion and Pat with a chance to continue with one of their chosen sports but it morphed into something much larger.

In the 15 years of Drapac’s sponsorship of cycling his team(s) earned results, but most importantly it eventually earned respect. It wasn’t easy and it often wasn’t fun but the funding continued to pour in and eventually people started to listen to the concepts Michael had long been pitching.

Earlier this year, Drapac met with the owner of the Australian-registered WorldTour team, Gerry Ryan. After years of riding parallel lives in the cycling realm, but never properly meeting, they would get together at the party of a mutual friend a few months ago, share some anecdotes and agree: this cycling caper, it’s alright!

By then, however, things had changed considerably for the Drapac family.

A screech of tyres, a sudden impact, a terrible accident and a loss of life. On ANZAC Day 2019, while riding to a bike race, Damion Drapac was struck by a motorist near Mount Waverley near Melbourne. He died as a result of the injuries sustained doing something that he loved.

Despite this huge, life-altering event, Michael Drapac remains passionate about cycling. The racing scene has a key element of his life, something he loves and enjoys. It has prompted him to cough up millions of dollars in the hope that some of his thinking – the concepts of a holistic development of athletes – will rub off on others.

The final name of a Drapac-funded team is: Drapac-Cannondale Holistic Development Team.

That will be collapsed at the end of 2019 and Australian cycle sport will need to look elsewhere for funding of the racing scene. There is hope that the quagmire that the administration of our sport in Australia has become will be turned around and Drapac insists that he will remain active when and how he can.

The end of the team doesn’t spell the end of Drapac’s association with cycling.

The end of this special era of sponsorship isn’t prompted by Damion’s death or the mismanagement of cycling in Australian for so many years. It isn’t because the didn’t win enough bike races or sell enough ‘Drapacs’.

The end has come because something bright and new is on the horizon.

You could forgive Michael Drapac if he now hated cycling. You could understand entirely if he said he never wanted to see a bike again. In a cruel twist of fate, one of his beloved children was taken from this world doing what he loved: riding a bike, to a race, within his community.

Instead of wallowing in the why-what-how of it all, Drapac is determined to continue sharing his passion for cycling, but now he will be looking elsewhere to make his investments. Grassroots participation, encouragement of children’s cycling, and a continued approach that integrates holistic development with one of the most beautiful activities a person can do.

Ride your bike, is the message. Do it often, do it well, and share the love.

The team will finish in a few months but the legacy of Drapac’s involvement will remain for a long time yet. 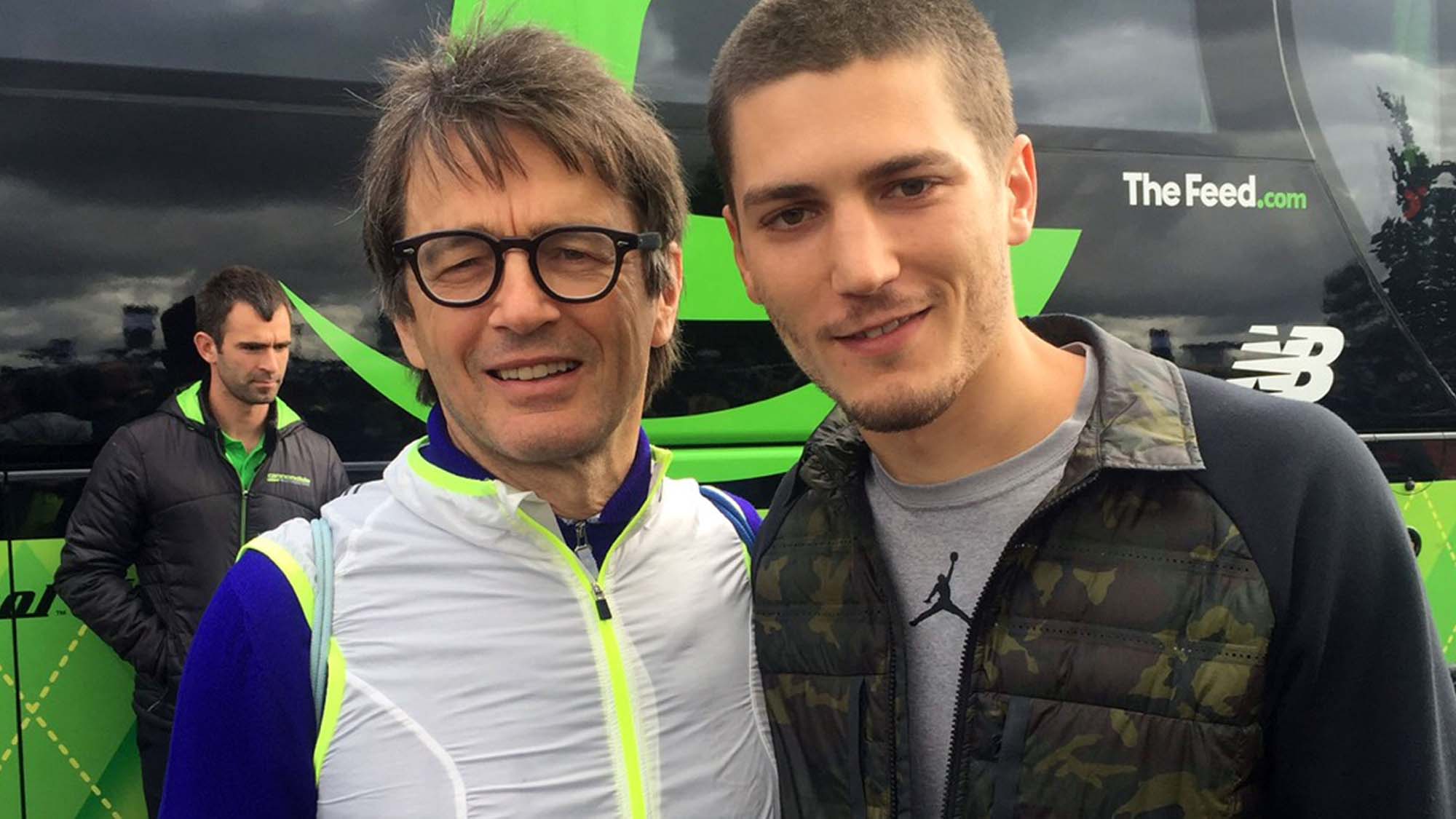 Michael and Damion Drapac (above).

Drapac Cycling to conclude at the end of 2019

After 15 years of competing across all levels of the sport, the Drapac Cycling team will be concluding operations at the end of the 2019 season.

The Drapac Cycling team was founded in 2004 by team founder Michael Drapac as a development program which supported the concept of holistic development for young athletes and offered a unique environment that recognised young cyclists need to develop outside the – often narrow – parameters of the sport they practised at a key stage in their lives. The riders selected for what became the Drapac Porsche Development Program (when it took out its first UCI license in 2006) committed to studying alongside their racing program.

While this team, made up of predominantly young part-time riders, enjoyed a great deal of success both on and off the bike, Michael Drapac remained committed to promoting the concept of holistic athlete development to a much wider audience.

In 2016, Drapac Capital Partners became a co-owner of Slipstream Sports and title sponsor of the World Tour team Cannondale-Drapac, continuing the team’s journey to the next and highest possible step in professional cycling, while supporting the Drapac holistic development team, which focused once again on young rider development in Australia.

While competing in the World Tour, Drapac enjoyed several successes, most notably Rigoberto Uran’s 2nd overall in the 2017 Tour de France. Michael Drapac was also instrumental in bringing athlete wellbeing to the World Tour, by being the first professional cycling team to run a wellbeing program. Drapac Cycling has also supported many of its riders into transitioning into life after sport through networking and internship programs.

Since registering for its first UCI license in 2006, Drapac Cycling has won 6 National and 2 Oceania titles, and over 65 UCI victories across four continents, along with numerous wins at a domestic level in Australia. The team has also had several of its riders’ progress to the World Tour, notably Brendan Canty, Wouter Wippert, Tom Scully and James Whelan in recent years.

The Drapac-Cannondale Holistic Development Team will shortly begin its European block of racing before finishing off the year with the National Road Series and the Shimano Supercrit, which will be the team’s final race.

Drapac Cycling would like to extend its sincere gratitude to all of its partners for their support for the current season, and throughout the years.