Ewan 2nd to Bennett in stage 10: “I stuffed up my sprint a little bit”

“I waited a bit too long and, in the end, I didn’t have enough room to come around him.”

Caleb Ewan wasn’t looking for excuses, rather he was considering what mistakes he made and trying to evaluate his sprint performance in stage 10. He was talking about Sam Bennett, the Irishman from Deceuninck-Quickstep who won his first Tour de France stage overnight. 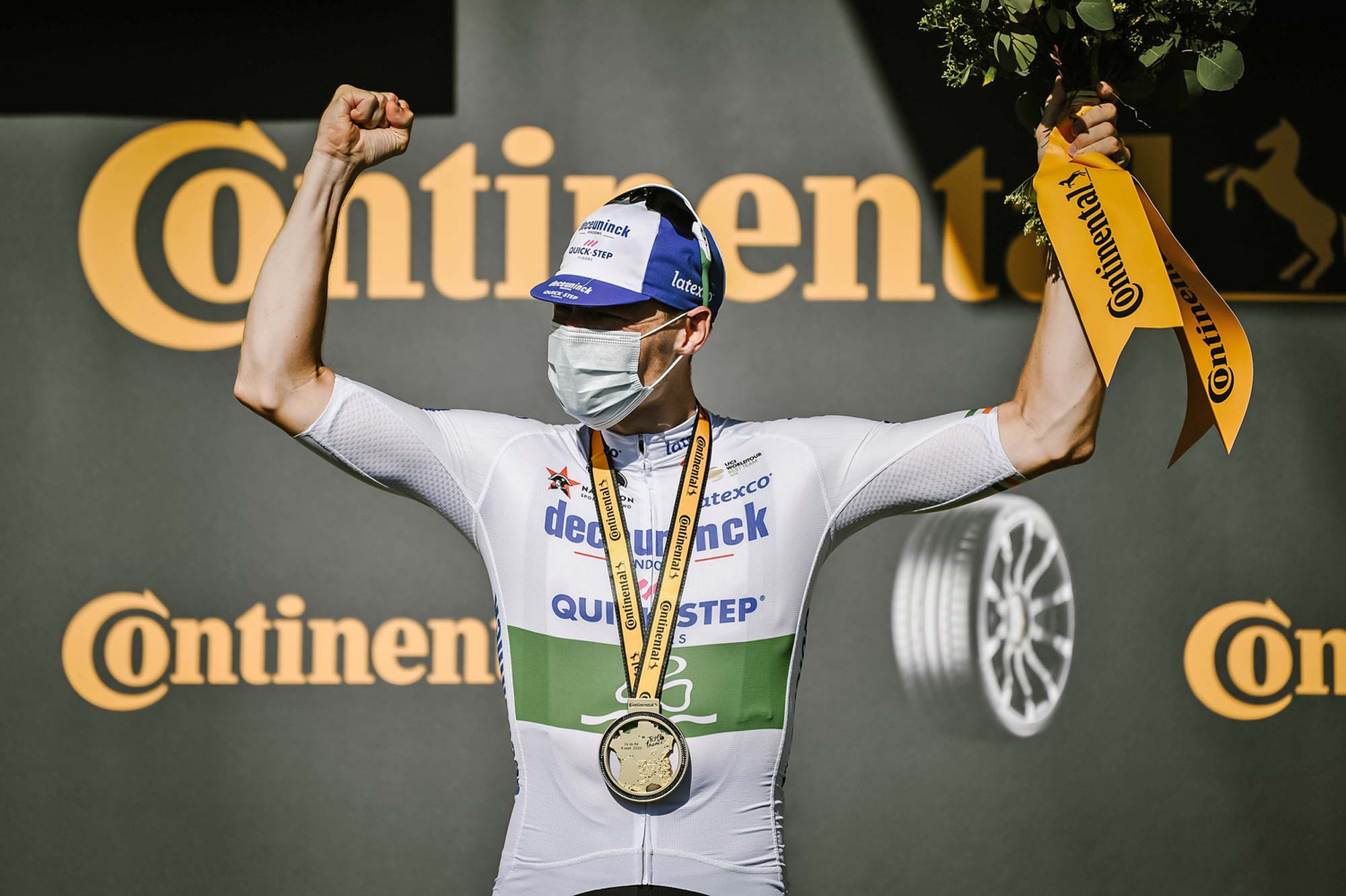 It was a close contest between the new leader of the points classification, Bennett (now in the green jersey with 196pts), and the winner of stage three, Ewan.

The Australian admitted it was a day of considerable tension, with the Tour being raced on the flat coastal roads of the Charente-Maritime department. “It was super stressful,” said Ewan. “All the way from the start, there was so much stress from all the GC teams; obviously they want to keep all their riders out of the wind and out of the splits.

“Obviously, the sprinters also want to do the same, so when the whole bunch has the same interest in mind – to all be at the front – then it makes it really stressful.

“We saw a lot of crashes. I think it split a few times during the stage, especially at the end…” 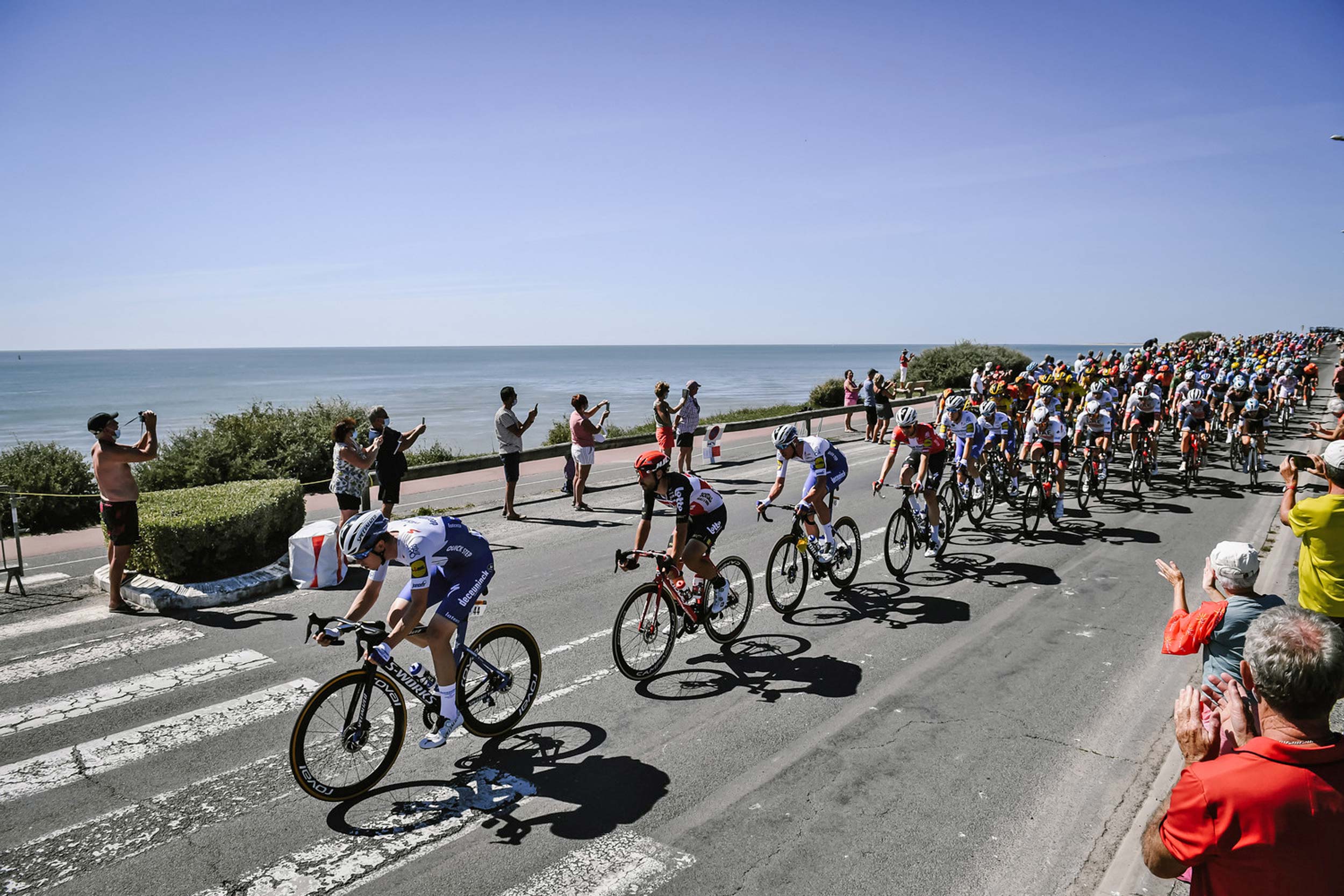 Fast racing, wind and complicated roads contributed to a few splits in the peloton during stage 10. (Photo: Pauline Ballet, ASO)

With Ewan’s Lotto-Soudal team down to just five riders before the start of stage 10, he didn’t have the full support he usually enjoys but he’s confident in his ability to ‘surf’ through the bunch and find the right wheels in the lead-up to the sprint.

“I lost my main lead-out guy, Jasper [De Buyst] to a mechanical,”explained Ewan, “so then I knew I really just had to surf the bunch by myself.

“I had a few of the big guys with me to get me out of trouble if I needed it, but I think I’m quite good at going through the bunch by myself and that’s what I did.

“I followed [Sam] Bennett for most of the day but obviously there was a fight for his wheel – because he had a good lead-out – but in the end I had the wheel that I wanted.”

“I was exactly where I wanted to be,” Ewan said about the final metres of the 168km stage. He then recognised his error and explains how he would have done it if there was a chance to race the sprint over again.

“I had to maybe fight and use a little bit more energy than I wanted to but in the end, when I was on his wheel, I felt good but if I look back at the sprint, I should have gone a bit earlier and tried to surprise him. But I stuffed up my sprint a little bit. I waited a bit too long and, in the end, I didn’t have enough room to come around him.”

Bennett now wears green again, with an advantage of 21 points over former points classification leader Peter Sagan. Ewan has always said that he’s more interested in stage wins than the green jersey; he didn’t contest the intermediate sprint in stage 10 (won by Matteo Trentin, ahead of Bennett and Sagan) and is now ranked 6th with 105pts.