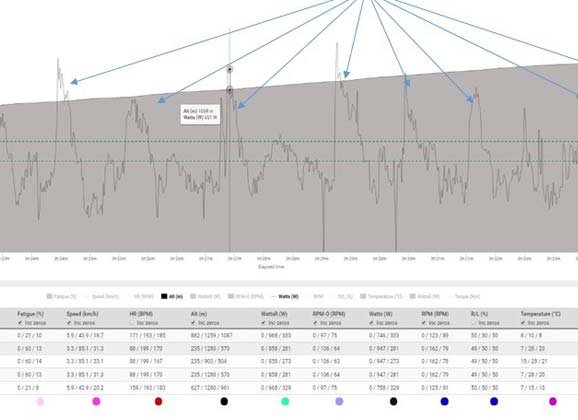 We often talk about the specificity of exercise, but, what does this mean and how does it relate to what we do in training to help us conquer the event or race we are targeting?

As Mark Fenner explains, the lessons learned from one racer could serve many riders well…

In this short piece we are going to look at the data from Ben O’Connor of the Avanti IsoWhey Sports team who is, as I write this, going in to fight for the general classification of the Tour de Savoie Mont Blanc after battling the savage parcours over the past week.

This piece will look at the stage data itself and really focus on the final climb where, like we can expect to see on a similar route for the Tour de France on 22 July (stage 19), the pressure was put on. Riders were simply ridden off the wheel by super-domestiques and some racers who are in their final preparation phase for the Tour itself.

We will look at this particular segment of data and see how we prepared Ben in the training leading into the race.

The first graph (below) shows the savage nature of the stage. I have highlighted two main segments for viewing, what I call ‘The Approach’ and ‘The Battle’ – getting to the final climb, and then the final climb itself.

In this graph we can see the very on/off nature of racing, especially in the first half of the race when the break had gone and attack after attack was occurring in the main field as other riders tried to get across.

Over the first three hours Ben had an adjusted power of 300 watts which, for a 68kg athlete, is more than most club riders can maintain for five minutes.

The real focus of this piece, however, is the final climb and how we trained specifically to manage the efforts and repeated attacks and surges at the end of the race.

The next graph shows the actual last 20 minutes, zoomed in to give better insight and detail. 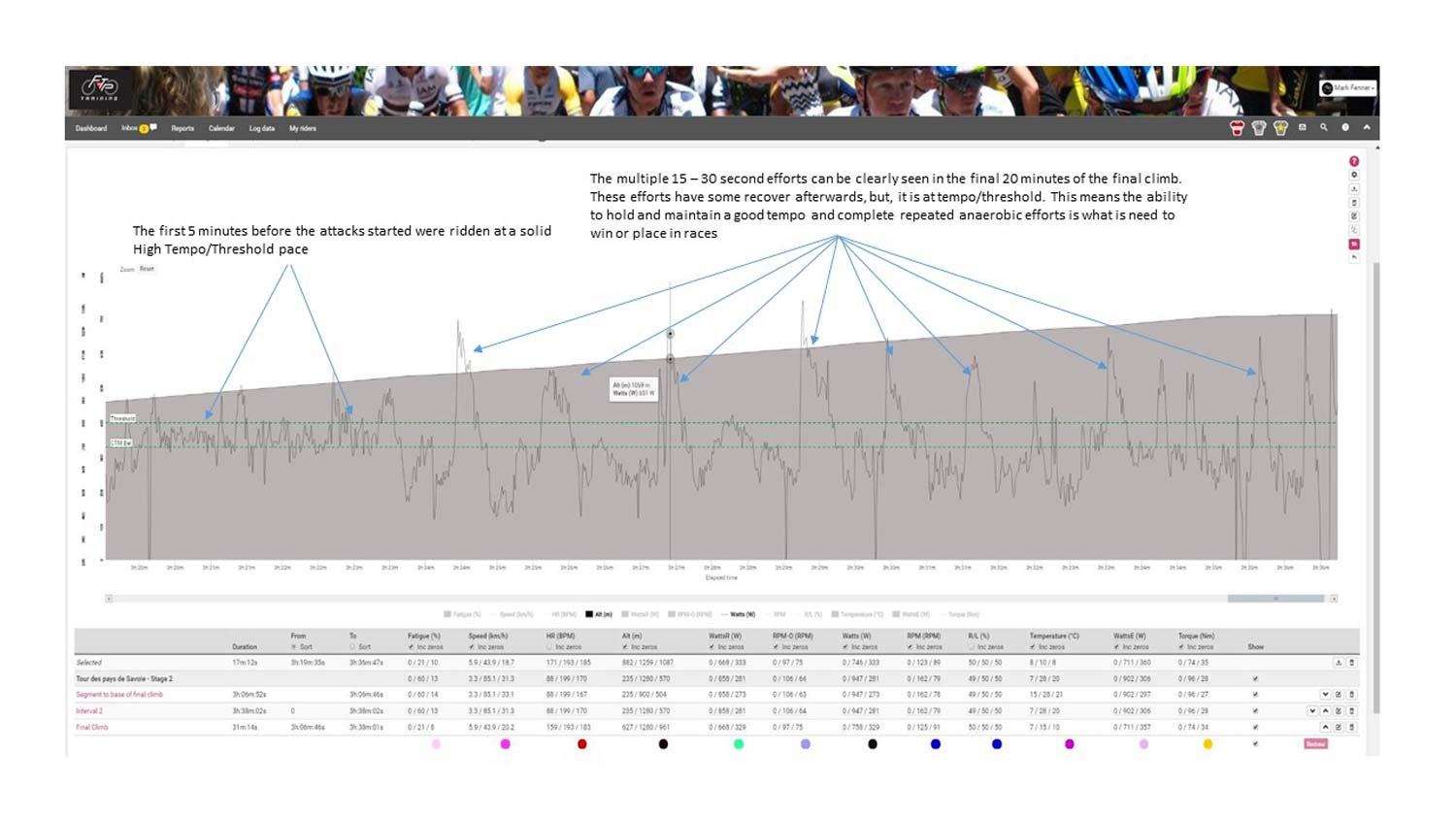 After 3,200 vertical metres of climbing and a 300 watts adjusted just to get to the bottom of the final climb this is very impressive.

The next graph shows the type of efforts I had Ben complete in preparation for this race.

These intermittent intervals replicate the demands of actual racing in a controlled environment. In training, I would have Ben complete these towards the end of a longer ride to again target the way in which he would have to complete these efforts in the race situation.

It is quite clear to see that the efforts replicate the actual demands of the race quite well with similar power outputs as well as duration and recovery intensity.

What does this mean for us as we train for our local road race or to complete the three peaks challenge?

Well, it means that you should look at the real demands of what and where you will race or ride and try to incorporate some of the specific efforts – and types of terrain you will encounter.

Don’t get stuck holding a steady state pace if you are targeting a race. Very rarely does a race play out like that so mix the tempo up with in and out the saddle accelerations and efforts to allow the body to adapt to the actual demands you will exact it to deal with.