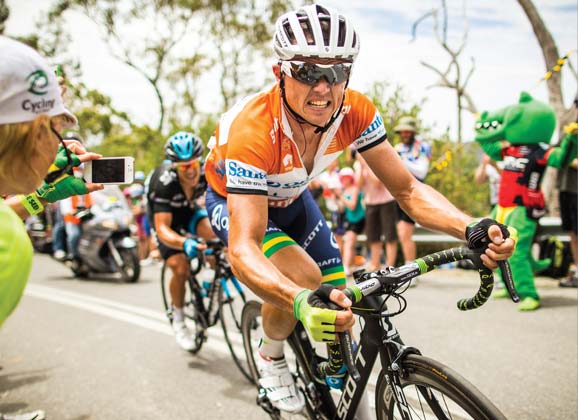 Flashback: 16 years at the Tour Down Under

In the coming days we’ll explore some of the history of the Santos Tour Down and post some flashbacks to past editions. RIDE‘s publisher, Rob Arnold, has been to every race since it began in January 1999 and the magazine has always featured coverage of the event. Thousands of photos have been taken and stories collected from the first 16 years… below is a quick introduction to the event and links to features from the past that give some background to how the race was run and won before 2015. 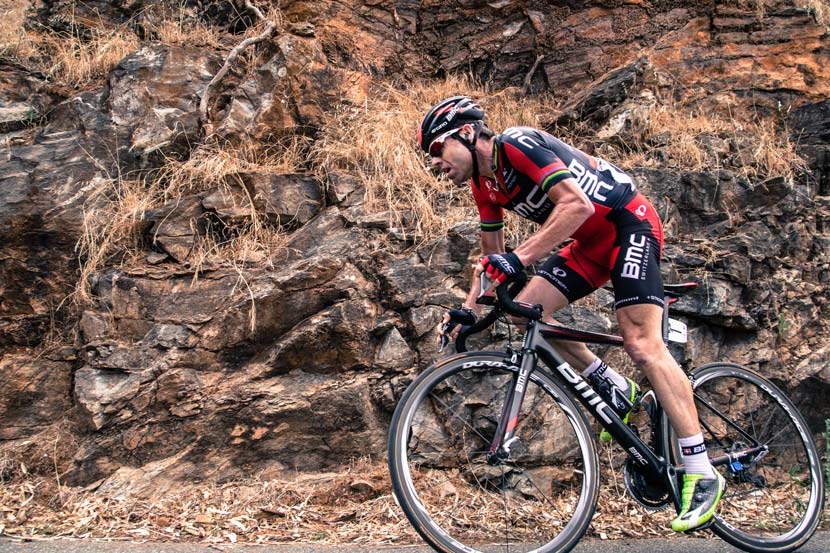 The runner-up in 2014, Cadel Evans. The 2015 edition of the Tour Down Under will be the final stage race of the riders illustrious career.
Photo: Lachlan Learg

There’s been an annual tradition every January since 1999: midway through the month, pack the bags and bike and set off for Adelaide. I’ve been doing it for 16 years and am about to embark on the adventure once more. A week is spent at the race headquarters for the Tour Down Under. The mornings are for riding. Then comes the succession of events that eventually lead back to the Hilton: the transfer to the start, the race itself, the interviews afterwards, the return to Adelaide, the visit to the media centre, the dinner that inevitably happens on Gouger Street, the drinks shared with friends, the late night story telling… repeated day after day from Sunday through to Sunday.

It’s a week when cyclists ride regularly and walk with a two-step shuffle for everywhere you turn are likeminded people keen to talk about bikes, riding and cyclists. One step forward, one moment to pause and catch up with someone; another step forward, another reunion…

Wander through the lobby of the Adelaide Hilton during the week of the Tour Down Under and you’re bound to see some stars of the peloton, past and present.

It all began in January 1999 and it’s not only survived through all that cycling has endured but thrived. The race is now the first event on the UCI WorldTour; the international racing season kicks off in Australia and there’s always much rejoicing. A festival atmosphere is enjoyed by a vast ‘peloton’ of visitors and locals alike. The race is part of an initiative from successive state governments to lure visitors to South Australia and the original intention has been achieved.

The contest is compelling but it’s the carnival of cycling that makes the Tour Down Under such a treat to be part of. During the event – and in the weeks following the event – correspondence from readers is considerable: people are out there on the roadside capturing images, experiencing the heat of a South Australian summer, watching the peloton pass, and riding as often as they can. Social media is inundated with images and anecdotes. Television coverage of ‘our sport’ introduces many to the competition and colour of the event – sometimes it’s late, sometimes it’s live… but it’s ‘out there’ much more than it was in 1999.

The cycling landscape has changed considerably since that original edition and many lessons have been learned at the Tour Down Under. Above all, the take home message is: if you build it, they will come. The South Australian government created an event from nothing and now it’s become an annual tradition for many.

The Cycling Holiday is a reality. It takes place in summer in South Australia.

RIDE’s Tour Down Under coverage through the years…