In 2008, road cycling in Australia was riding an unprecedented wave of public interest and the sport was demanding front page attention. Then came the Beijing Games. Despite sensational action, murmurs of scrapping the discipline from the Olympic program began to propagate. How did it come to that? 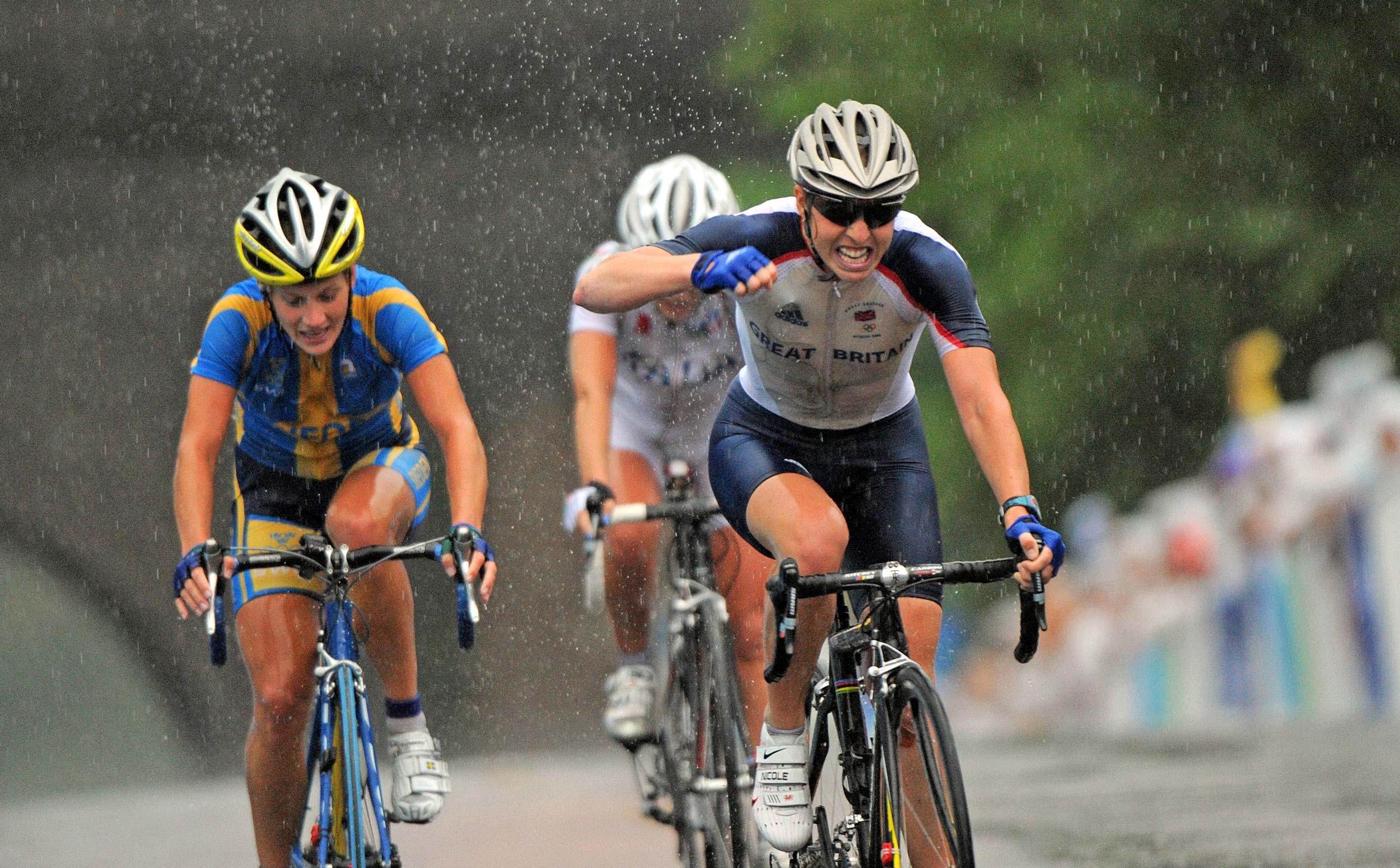 (Note: this feature was originally published in #RIDE42, September 2008)

The staging of the Olympic road race events at Beijing in August 2008 risks doing cycling a great disservice. Sadly, it could seem to those outside of the sport a very strong cause to push for the discipline’s exclusion from the Games’ program in years to come.

This is no joke. That is what some veteran Olympic observers were suggesting should happen after the road races and time trials were held and won or lost.

Despite every race ending with fantastic displays of cycling prowess from competitors, the three days of racing for four Olympic titles will go down in Games’ history most noted for poor broadcasting decisions and dismal crowds.

The International Olympic Committee’s limit on athlete numbers is 10,000. The IOC is also willingly seeking to cut events that it believes do not provide the return in crowds and television interest it demands for cost-effective, centralised and logistically easy-to-run events that guarantee action and drama.

After the Beijing Olympics road events the big question from a number of observers was: why should the IOC continue to run road cycling events on such a large scale and shut down areas such as the 23.8km Great Wall circuit, which was also so far away, for so little return in entertainment and atmosphere?

One can only pray that the IOC would not agree, nor the UCI if the IOC did and called for road races to be scrapped. 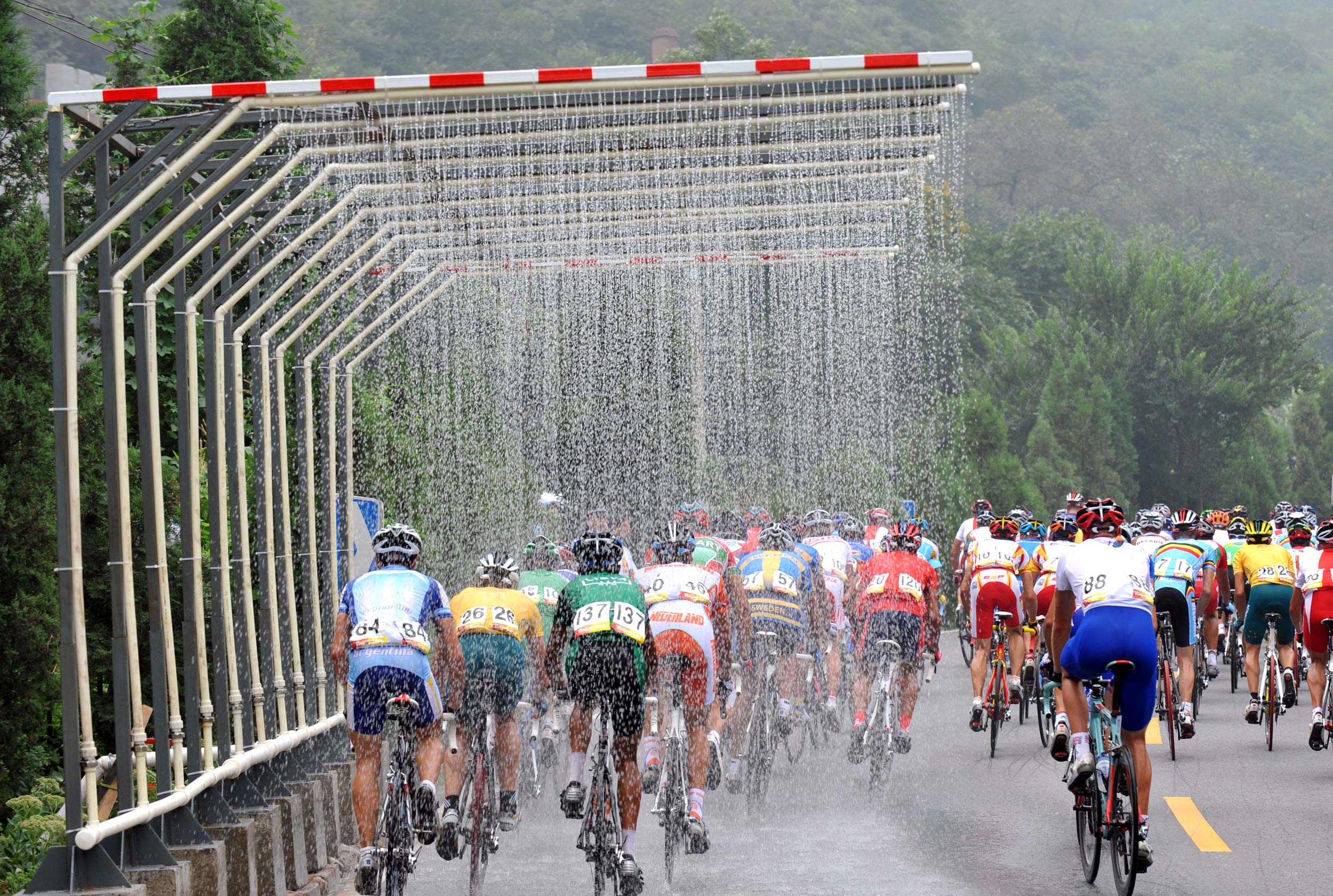 The Tour de France runner-up Cadel Evans, who was 15th in the Beijing road race – and helped to set up Michael Rogers for a fine sixth place – before backing up for fifth in the time trial, said he enjoyed the experience of his third Olympics.

Like many others, Evans had nothing but praise for the atmosphere in the athletes’ village, the Olympic volunteers and the facilities in place for 16 days of competition. But after returning to his European base in Switzerland from an Olympics that saw him attract added attention for his support of the Free Tibet movement, although he refrained from commenting on the issue, he admitted that the Games were of a new brand.

“It looks like a bit of a made-for-TV Games to me,” Evans told me for an article published in Fairfax newspapers.

No matter how efficient and trouble-free the Olympics were, China’s system of a state-run society played a huge role in the Games lacking the most crucial ingredients for them to be the success they set out be: heart and soul. For these to exist you need more than just people attending; unbridled passion must come with it, not the sadly rehearsed genre that prevailed.

Also hindering the chance of a sense of freedom and fun to dominate, as was the case at the Sydney Olympics, were the constant parading of army units marching in all directions at all hours of the day and night, the strategic placement of armoured troop carriers, the arrest of those who dared to protest for a free Tibet and the blatant propaganda of the English-language local newspaper China Daily.

Attending the 2008 Games was more like visiting a busy hospital ward rather than the arena of human endeavour that the Olympics are meant to be. And, no doubt, this major failing of the Beijing Games played a role in competitions like the road cycling races appearing as anything but ‘the people’s events’ they are when contested in their traditional stronghold of Europe. That, in turn, helped to raise questions over their value to the Olympics.

At least it did for some who left the Great Wall circuit asking if road racing is a discipline that commands too much time, resources and energy.

So, who is to blame? Not the riders.

When it mattered most – in the crucial phases of their races – the competitors provided some of the most scintillating racing you could see. Every road event was hard fought and the result a nail-biting finale. Each win carried a terrific story sweetened by the emotions of those who won.

Who will forget the tears of Spaniard Sammy Sanchez after he won the men’s road race?

It may have started at a dawdle as the peloton passed as many monuments as the Beijing Organising Committee could squeeze onto the course, but after six and a half hours the finale was one of the most spectacular I have ever seen in 24 years of covering cycling.

What about the clenched fists and howls of sheer delight by Britain’s Nicole Cooke after she outsprinted her rivals in torrential rain to win the women’s road race? And then the defiant ride by Kristin Armstrong in the time trial three days later?

We witnessed displays of tactical racing in extreme conditions with emotional conclusions. What more could we want?

Scenes of suffering and surprise were beamed around the globe.

Perhaps the most memorable road cycling performance was the storming ride by Switzerland’s modern gladiator Fabian Cancellara to come from behind and finish third in the road race before going on to claim gold in the time trial.

The gloss of Olympic success – whether it comes in gold, silver, bronze or the very act of competing – is still a blinding one says Australian high-performance director Shayne Bannan. “The Olympic Games is special. It’s once every four years,” he said after the men’s road race where the Australians executed a near-perfect race and were naturally disappointed at not being rewarded by one of them winning a medal.

“The boys are really pleased with the way the team rode. They are disappointed they didn’t get a result but that just reflects how much prestige the Olympics Games has. As Australians we do love representing Australia at the Games.”

So, no… don’t blame the riders for the lacklustre impression road racing left at Beijing. The polish was all theirs to boast.

The finger should be pointed at those who signed off on the scheduling and overall staging of the road events – something that was to become all the more unclear as the days passed with the IOC, UCI and BOCOG all apportioning blame.

Those who questioned road cycling’s place at the Games were given source for doubt soon after the start of the men’s road race on day one. The buzz of a spectacular opening ceremony the night before was very much alive when the starters – many of the stars of the Tour de France – lined up. Commentators and journalists had spent countless hours talking up the big names in the peloton and how such an assemblance of talent was poised to give the Games the kick-off they deserved.

And as quickly as the start was given, so too did the ‘show of shows’ fall flat.

After so much hype the sight of a peloton ambling along at a snail’s pace, with rivals chatting, smiling and patting each other on the back, was hardly the epic battle that had been touted.

The sight of Italy’s defending Olympic champion Paolo Bettini holding onto a car shot the best chances of the race earning the credibility it deserved.

Sure, cycling insiders know that a road race rarely starts at a helter-skelter pace. The antics of camaraderie that were live on television early in the race are common and the real action will often not start until the first three hours of six are well behind. But with so many unconverted yet intrigued viewers watching, it was hardly the advertisement cycling needed to keep the sport’s Olympic flame alight.

In Australia, just two weeks before, the sport had kept much of the nation up until all hours of the morning following the Tour live.

Not once in 22 years of covering the Tour had I known road cycling to be such a hot topic among a general sporting audience. Never before was there such anticipation from the sport’s new legions of fans about road cycling’s next grand appearance before the Australian media (and public). Hence, no amount of explanation could stifle the incredulity of those still learning the subtleties of road racing who demanded to know why Bettini was getting a tow, why the riders were soft pedalling and why they were not really racing.

Barely 20km had slowly passed before many observers were already yawning and wondering why they had bothered to watch the road race – or even venture out to the Great Wall circuit 78km from the start to see the race.

“I should have stayed at Beijing and watched the swimming,” one veteran Olympic observer muttered to me as he sat with pen in hand but his notepad blank after two hours of racing rolled into history.

I agreed and wondered how the IOC could ever believe that showing the entirety of such an event live would keep its audience. Would it not have been wiser to have a shorter event from another sport, and then to perhaps allow for crossovers?

As these Olympics were to show over the ensuing hours of the men’s road race – and the 16 days to come – these were anything but ‘the people’s Games’.

Judging by the road race when it reached the circuit after what must have been the longest ‘neutralised zone’ in cycling history, the people had nothing to do with the Games. After all, none were allowed to enter the circuit to watch.

I could not believe it. After covering the Tour two weeks prior, where riders raced before daily crowds of one million, there I was at the Olympic road race where many of the same stars were racing before a state-selected handful of officials or small pockets of hand-picked members of the public.

Little wonder the riders could not believe it either…

Simon Gerrans, pumped from his Tour stage win, spoke of his concern about racing on a circuit sparse of crowds the night before.

Michael Rogers admitted it was so quiet in the race he could tell a rider was about to attack by hearing the change in his breathing.

Others said the race was like going on a hard training ride littered with attacks.

Why the IOC or the UCI ever allowed BOCOG to run the road races as it did is bewildering. The explanations have been varied but remain unconvincing. Either way, it is too late.

The Beijing Games have come and gone. The opportunity for a truly memorable Olympics driven by people – not politics – has been wasted. All eyes are on London and the 2012 Games. If Britain’s cycling success in Beijing is good for one thing, it may be that with its successful staging of the 2007 Tour Grand Départ and its national federation’s plans to set up a professional road team for 2010, the sport’s direction should help keep any concerns for road racing’s Olympic future at bay. For another four years at least…