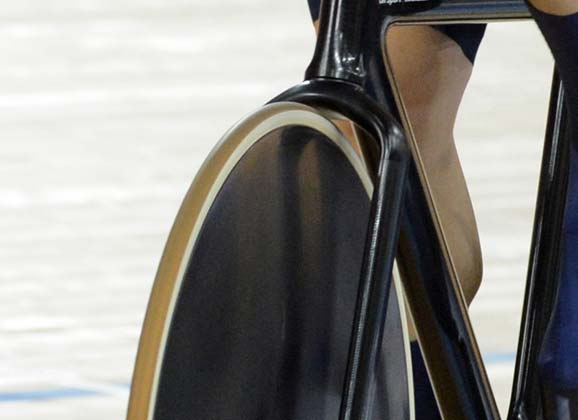 During discussion about the hour record in today’s SBS Cycling Central Podcast (see below for SoundCloud file) the topic of bike design was raised. The fork crown was one point of the conversation that I spoke about. The difference in design of this part of the bike had been relatively tame until 2012 when, suddenly, for the first race on the international calendar, Team GB used bikes that had an enormous clearance for the front wheel. In contrast, last weekend Bradley Wiggins beat the hour record with a design that seems to contradict the thinking from only a few years earlier on the same track.

It was an impromptu sequence of thought that came up during the chat with Alex Hinds and Phil Gomes as part of what is becoming a weekly routine in the SBS studios. The podcast includes many other topics but this is one that deserves a further clarification for I reference pictures of bikes and, thanks to Graham Watson, we have the resources to illustrate what I was trying to explain.

Below are four images (and two close-ups) of record-breaking bikes used in London. They allow us to compare positions and equipment used in similar quests: different times and distances but speed on a track bike is the aim.

Note the wide fork of the 2012 Team GB bikes versus the narrow clearance of the Pinarello ridden by Wiggins.

Have a listen to the podcast from Cycling Central today, the reference to the forks is around the 13.30 mark… 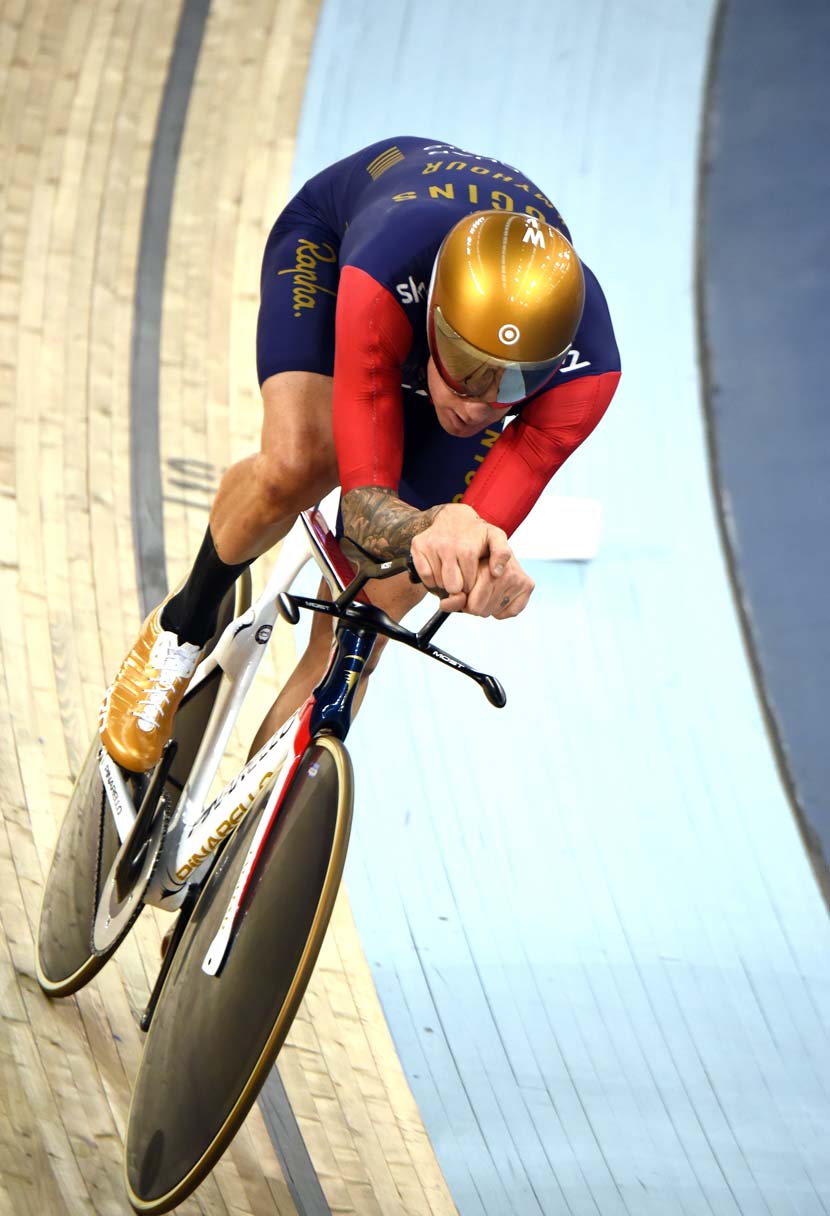 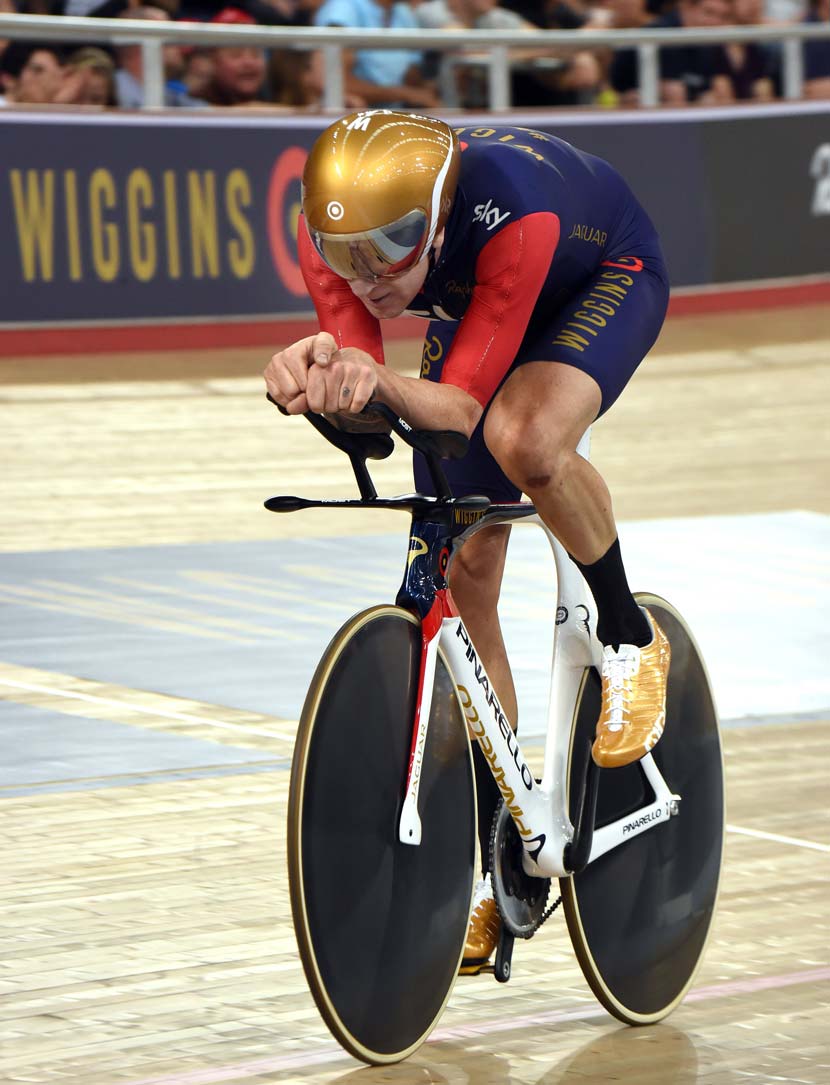 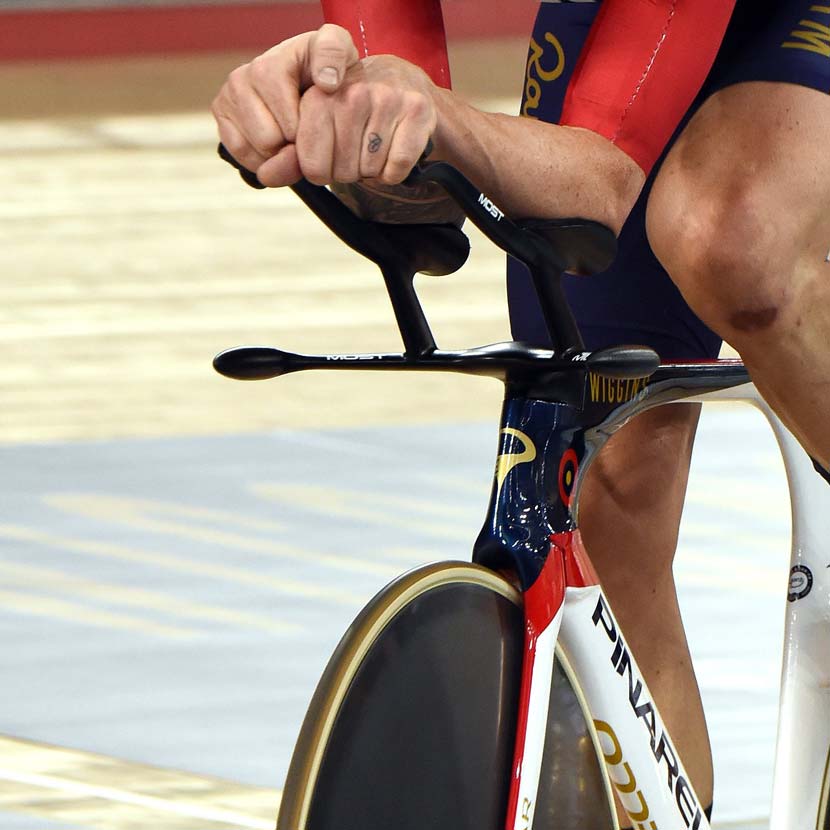 The team pursuit of the 2012 Olympics… 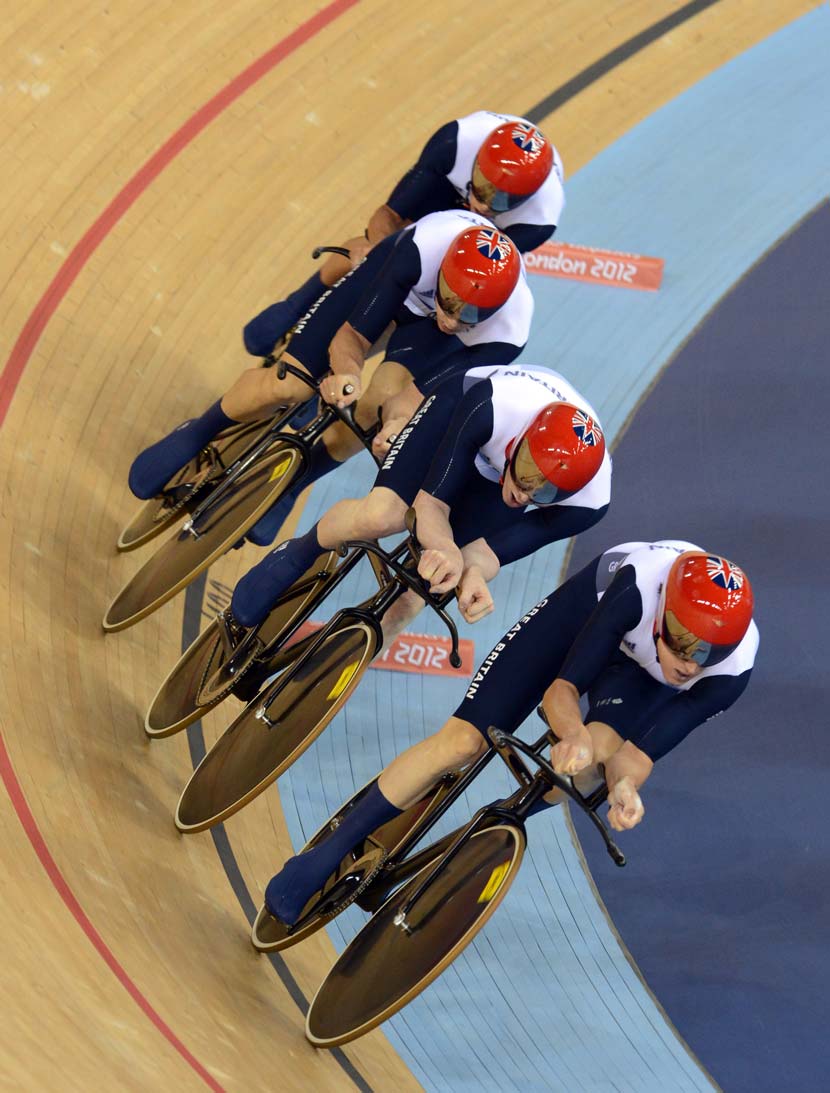 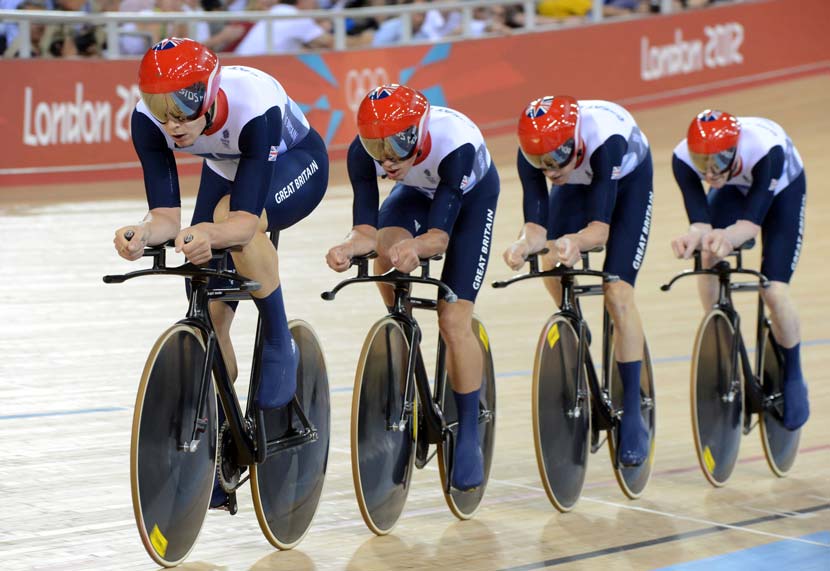 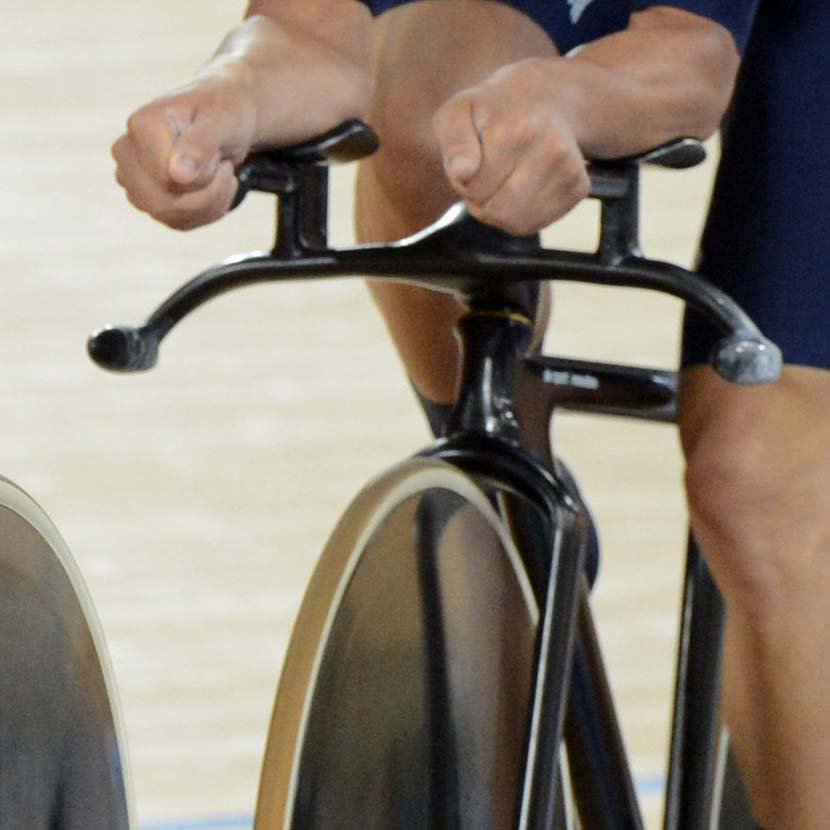