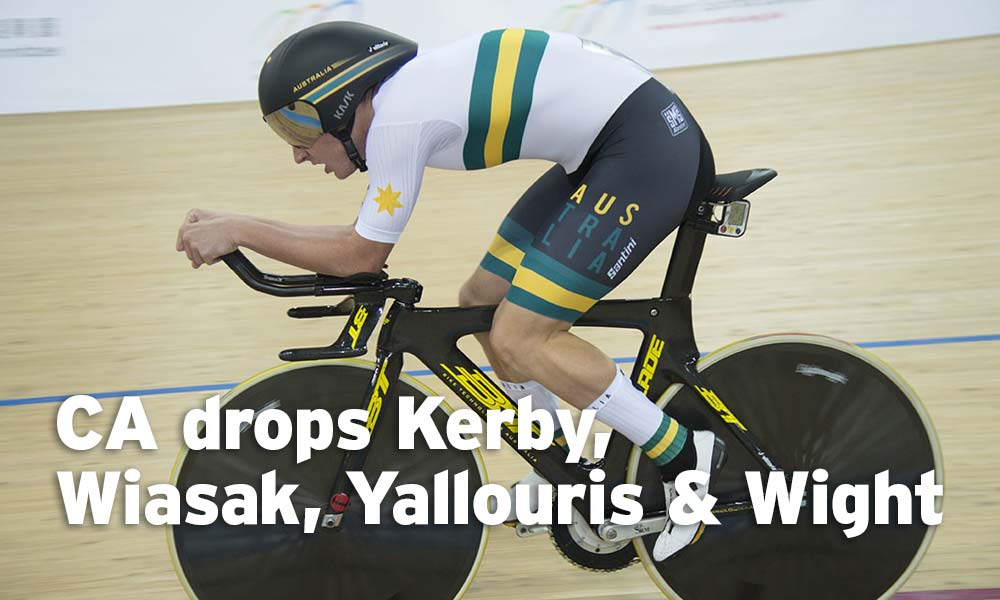 With 800 days to go until the Tokyo Olympics, Cycling Australia is already making some tough decisions about the composition of the Australian Cycling Team.

Cycling Australia has announced changes to the Australian Cycling Team today. It means that former individual pursuit world champions, Jordan Kerby and Rebecca Wiasak have been dropped from the program – effective immediately – along with team pursuit specialists Rohan Wight and Nick Yallouris.

There’s an attempt to put a positive spin on the news, one of the first releases from recently recruited marketing and communications manager Tom Reynolds, but the news came as a shock to some of the riders involved. While the four listed above have access to some of CA’s support mechanism, their ride to a potential Olympic team berth for Tokyo 2020 is over 800 days before the Games.

In the same release, it was announced that three other riders would join the team managed by Simon Jones.

Kristina Clonan, Leigh Howard and Macey Stewart are the new trio to receive support from Cycling Australia, the AIS and other government funded initiatives as they strive to be in contention for Olympic gold in a couple of years. 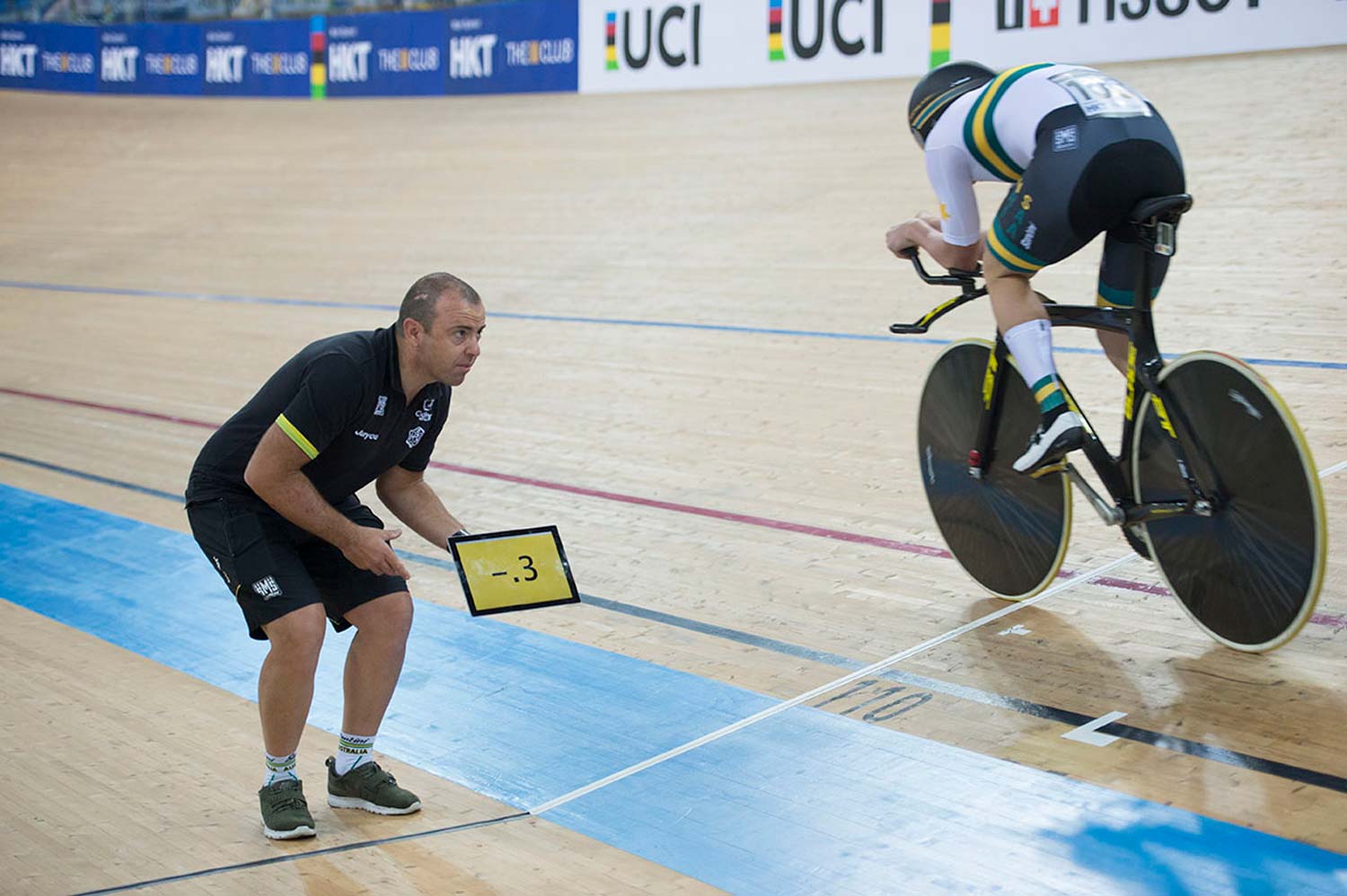 Track endurance coach, Tim Decker, at the world championships in Hong Kong in 2017 (above).

Jones hasn’t wavered from original statements issued when he was recruited in April 2017 and he continues to repeat his mantra: “Our goal is as clear now as it was when I started,” he said in the CA statement issued earlier today.

“Success at the Olympics in 2020 and 2024 is our goal, and we define ‘success’ as Olympic gold. Our plan is all about continuing our focussed trajectory to Tokyo and beyond.”

Meanwhile, the athletes who have been dropped have only recently been told the news. Jordan Kerby found out on Monday and today he sits in a dentist chair, getting a teeth pulled out, while considering what comes next in his cycling career.

“The only reasoning they had,” Kerby explained, “was that they don’t think I’ll improve to Tokyo.

“I was getting blood tests done and following gym and training goals they had set for me,” he explained, “and I was hit with this bombshell on Monday.”

Kerby has been diplomatic and professional throughout his time with the Australian Cycling Team. He won the individual pursuit world title in 2017 with the third fastest time ever and he seemed a likely candidate for the team pursuit in Tokyo. He set aside a successful coaching job to focus on his riding and, as of Monday, it seems he has to pick up from where he left off. “I’m completely gutted,” he told RIDE Media about CA’s decision.

“They’ve essentially ended my career with no notice and I’ve had no say.”

He is keen to explain more but the can only happen after his dental surgery today. “My ability to talk might not be great as I’m just about to go under general anaesthetic to get my wisdom teeth get taken out,” wrote Kerby, before adding – with his typical upbeat humour: “I won’t even be awake for when everyone gets to read it… Maybe that’s a good thing.”

He concluded his commentary on the matter with the simple, obvious sentiment from someone who a few days ago believed he was an integral member of a national sporting program and today is essentially looking for a job: “I don’t want my career to be over, I’ve got more to give.” 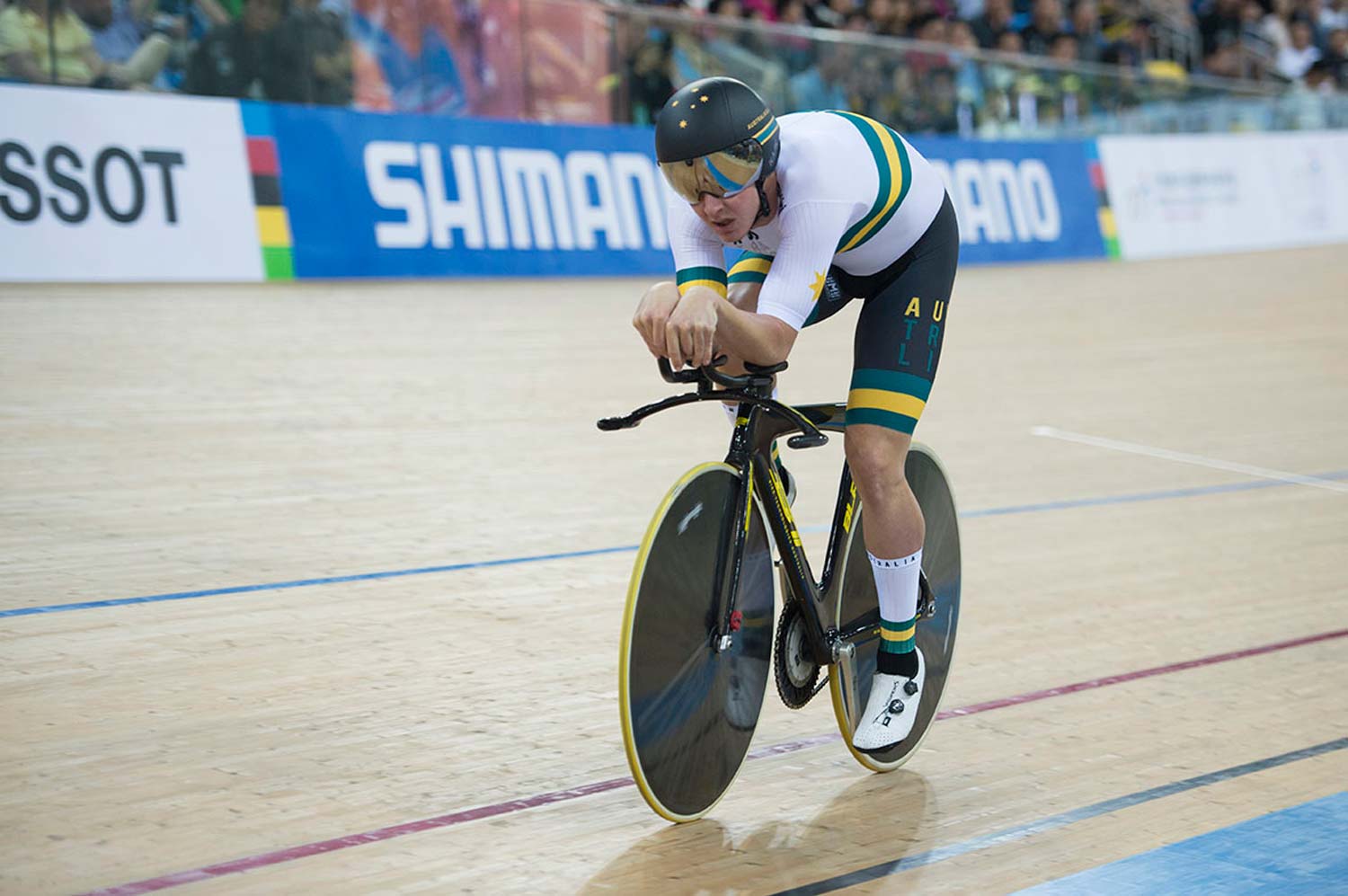 It’s no secret that Cycling Australia’s priority for the coming years is going to be with a focus on fulfilling the Australian Sports Commission’s demand for Olympic success. This is an old theme and Jones is forced to make tough decisions. There are also attempts from CA to ensure that the athletes who are no longer with the program will receive support from a range of professionals in an attempt to make the transition easier.

“I want to take this opportunity to recognise the contribution these four athletes have made to the team and wish them all the best going forward,” Jones is quoted as saying in the release from CA. “We will ensure in the short term that they have a support network around them and readily accessible support via our senior personal excellence advisor Mark Gregory, who is there to guide elite athletes thought these complex transitions.”

There are other initiatives in place to assist Kerby, Wiasak, Yallouris and Wight who have all excelled during their time in the Australian Cycling Team. In the short-term, however, there will be some soul searching as the dropped riders contemplate what comes next in their respective cycling careers.