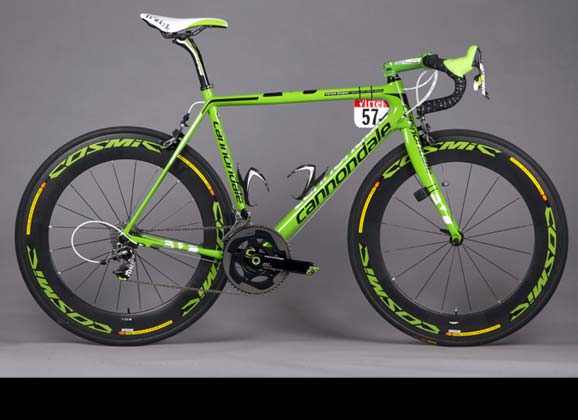 From the archives: Sagan’s Cannondale – Tour 2012

Only one rider has won the green jersey at the Tour de France since 2012. Peter Sagan has dominated the points classification since making his debut in the race, winning three stages and claiming his first maillot vert. A few weeks after the race, the bike Sagan rode in the final stage was in Australia as part of a trade show. RIDE took the Cannondale SuperSix Evo into the studio.

While delving into our archives recently we came across these photos and decided to publish a quick gallery online.

When a magazine like RIDE Cycling Review has been published for over 17 years, there’s a lot of content collected and not all of it has made it to the printed page. This bike is one such example… and so, in the coming weeks, you’ll see a new online series – ‘From the archives…‘

From the archives part 01 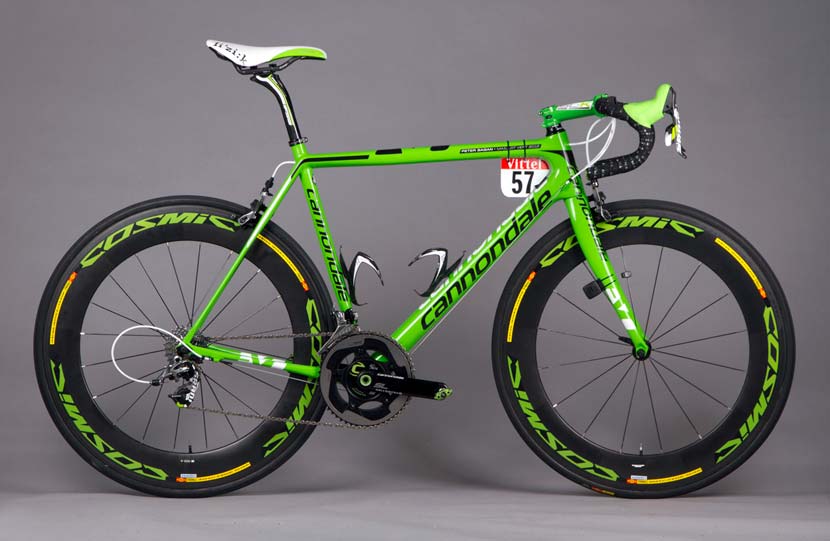 Number 57, 99th Tour de France (2012). Peter Sagan, of the Liquigas-Cannondale team. It was his debut in the race and by the first Sunday – stage one – he was already a winner. 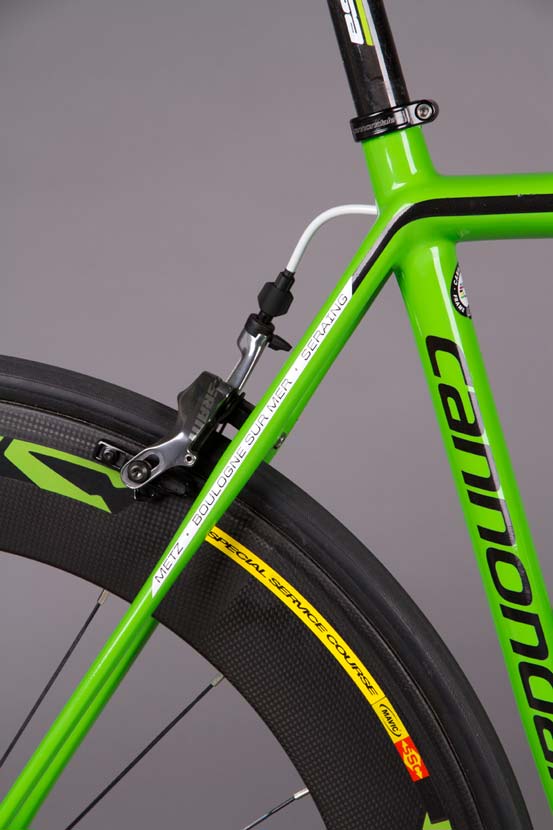 “Metz. Boulogne-sur-Mer. Seraing.” The sites of conquest: where Sagan won his three stages in 2012. He is the first rider born in the 1990s to have won a stage of the Tour de France. 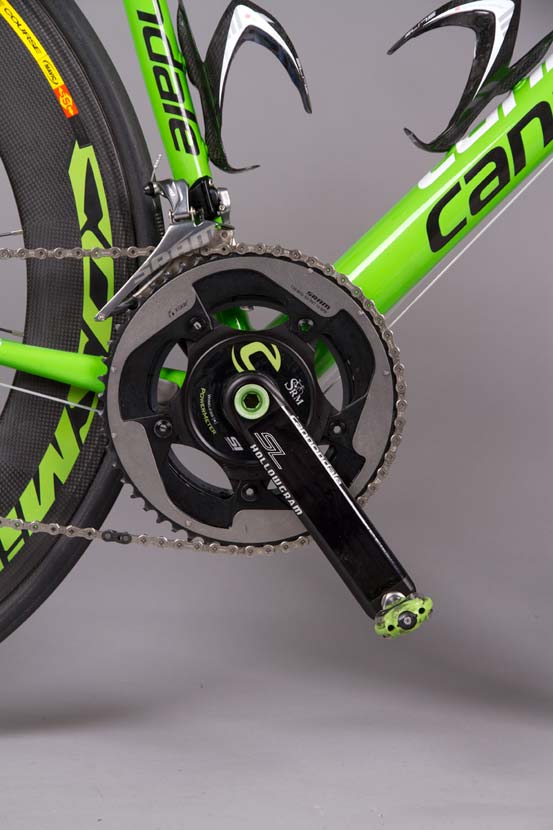 Hollowgram cranks and Speedplay pedals: that’s how Liquigas-Cannondale rolled in 2012. 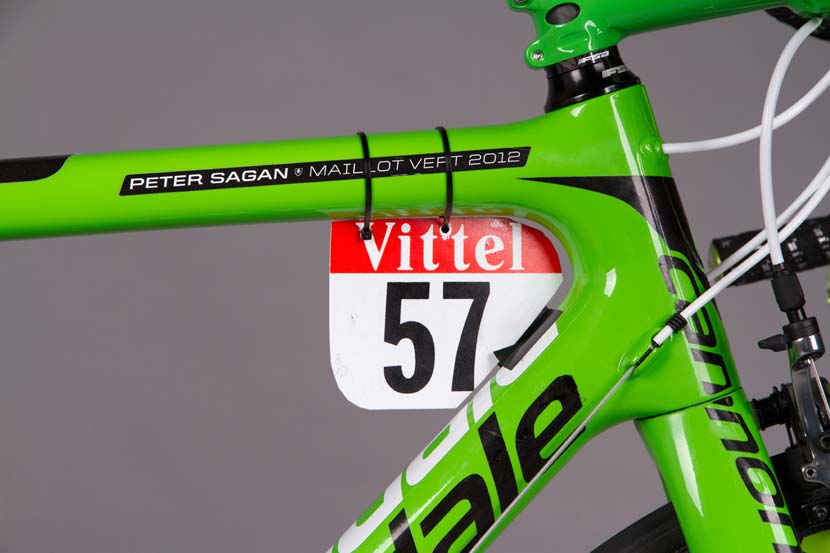 This bike was only used for the final stage… by the end of the day Sagan stood on the podium in Paris beside yellow jersey winner Bradley Wiggins and King of the Mountains, Thomas Voeckler. 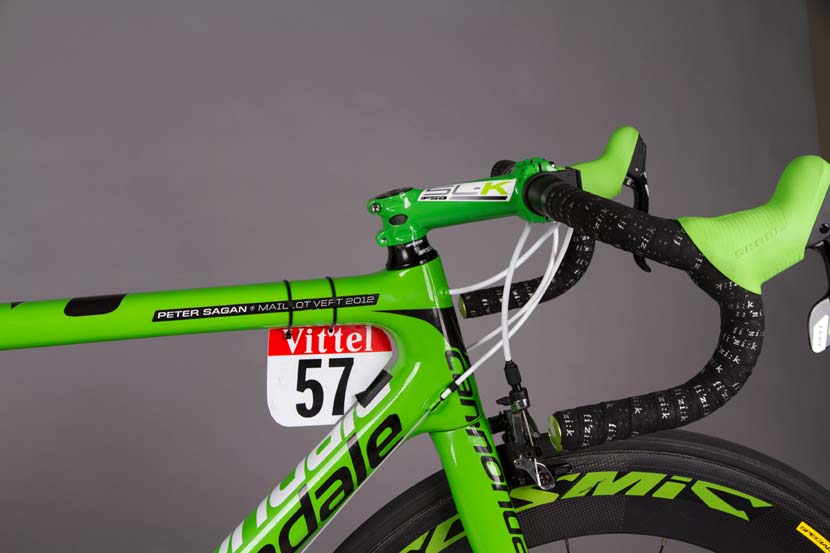 A 140mm SLK stem from FSA. The SRM power meter mount is still there but the power is gone… 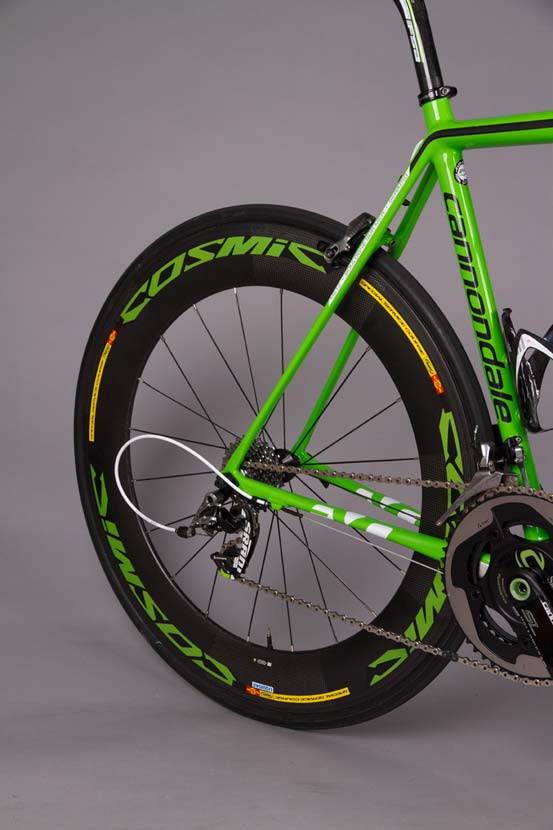 The long loop of the rear derailleur cable was how SRAM asked mechanics to build to ensure the smoothest possible shift. Cables for shifting… they’re soon to be so passé. 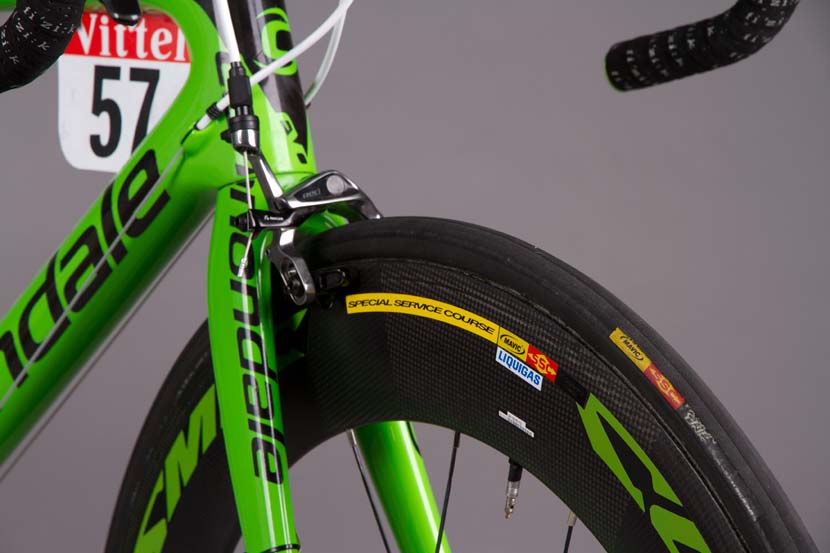 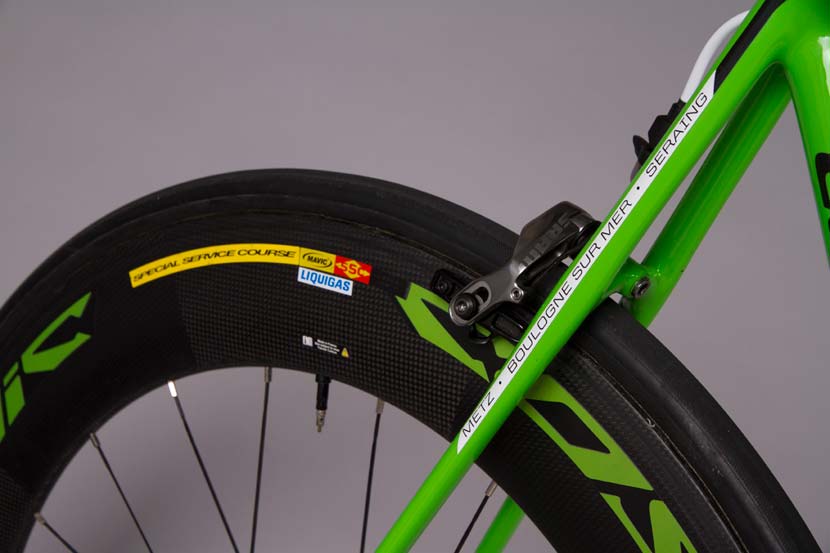 Repeating the places where the stage victories were achieved back in 2012. 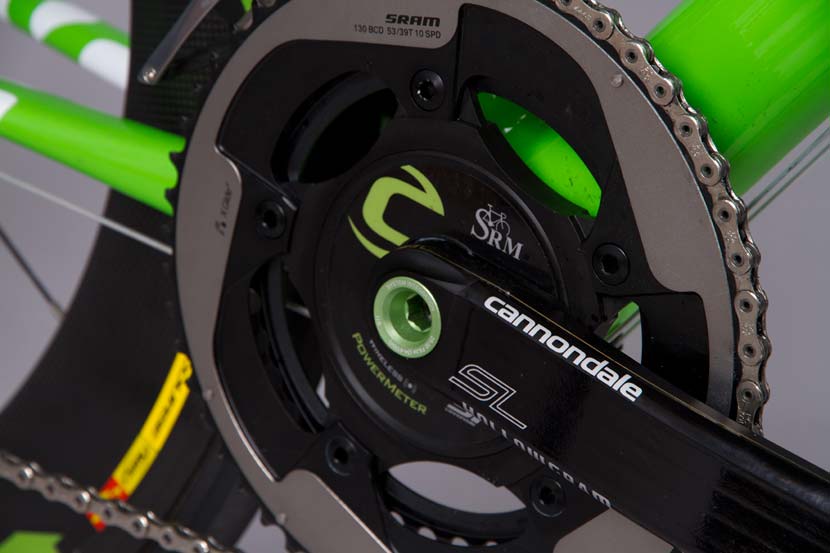 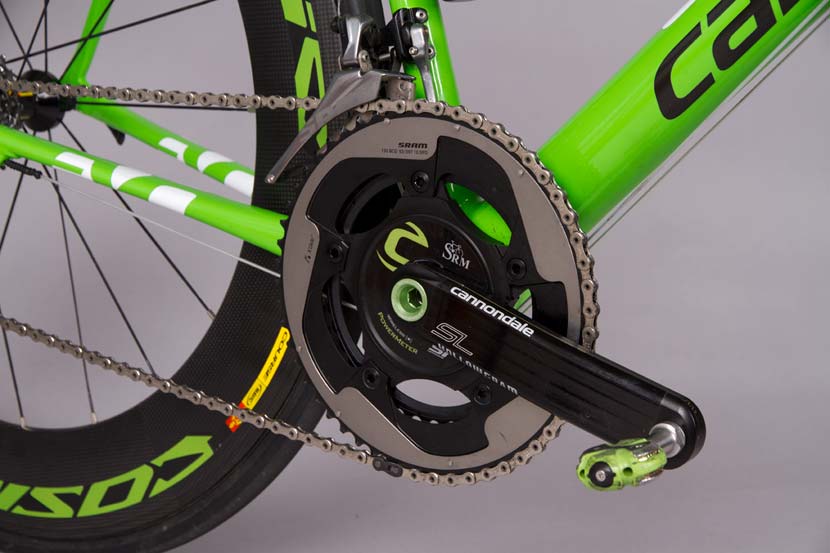 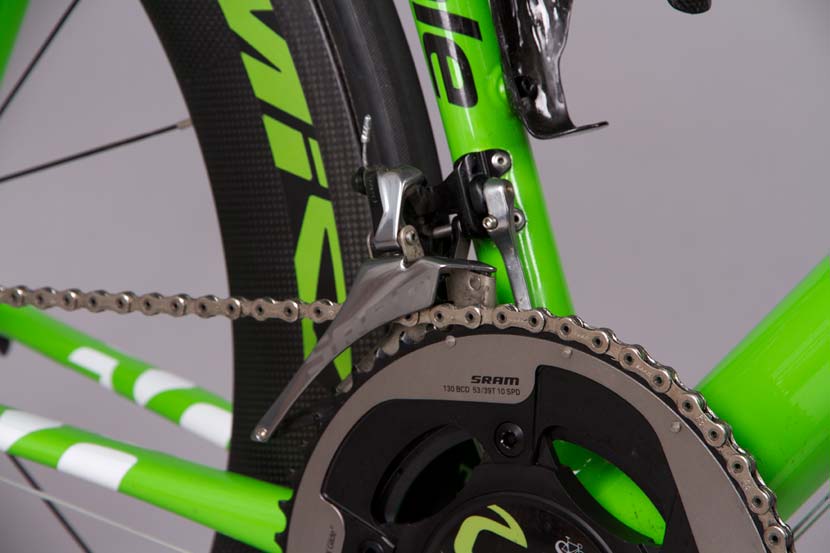 There is a chain catcher… and it’s fastened by the front derailleur mount. 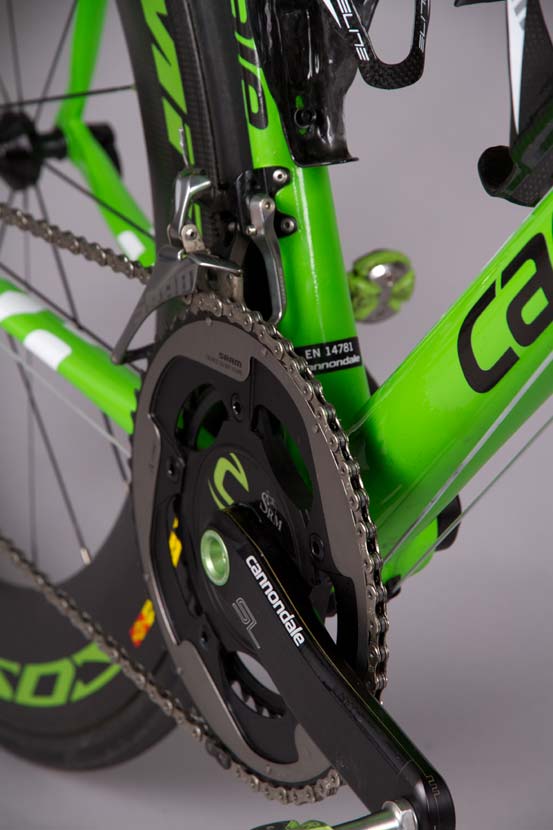 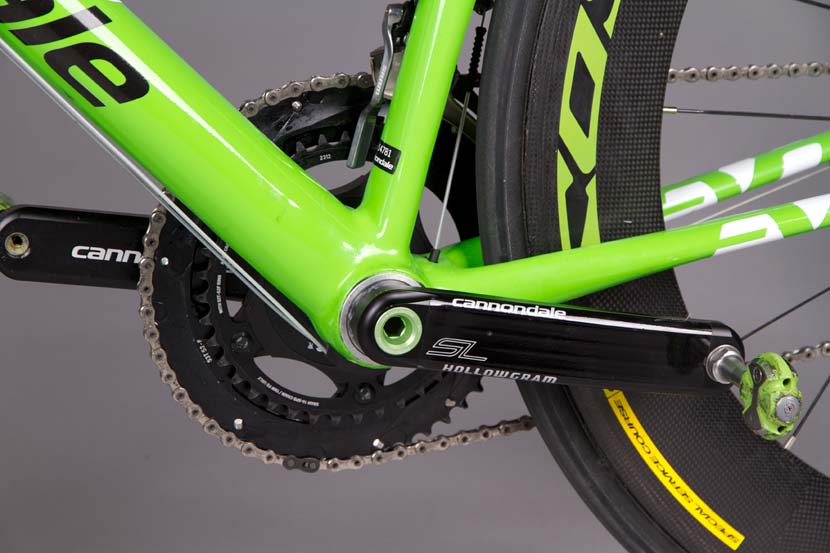 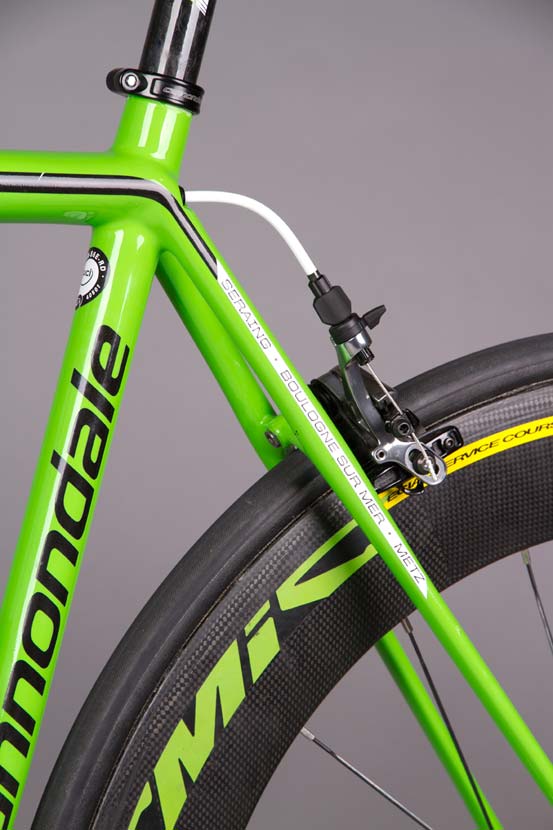 The brake cable on the SuperSix frames exits the from on the left side of the top tube. 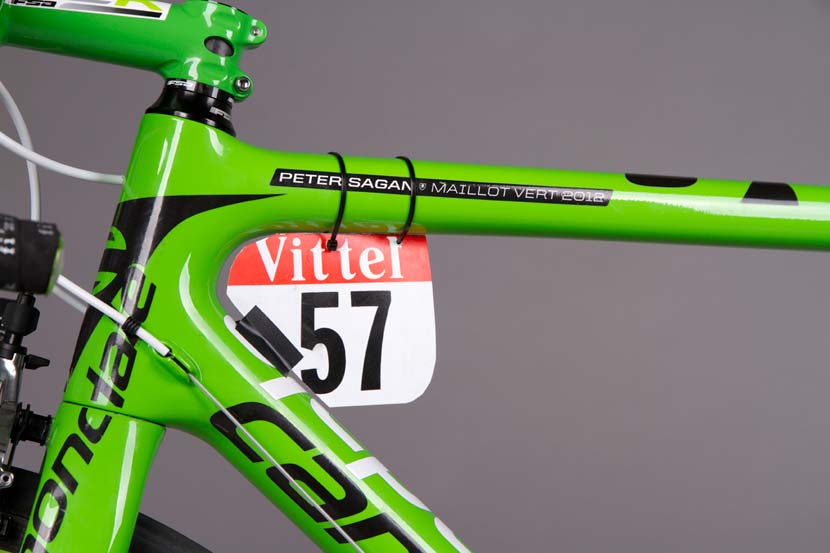 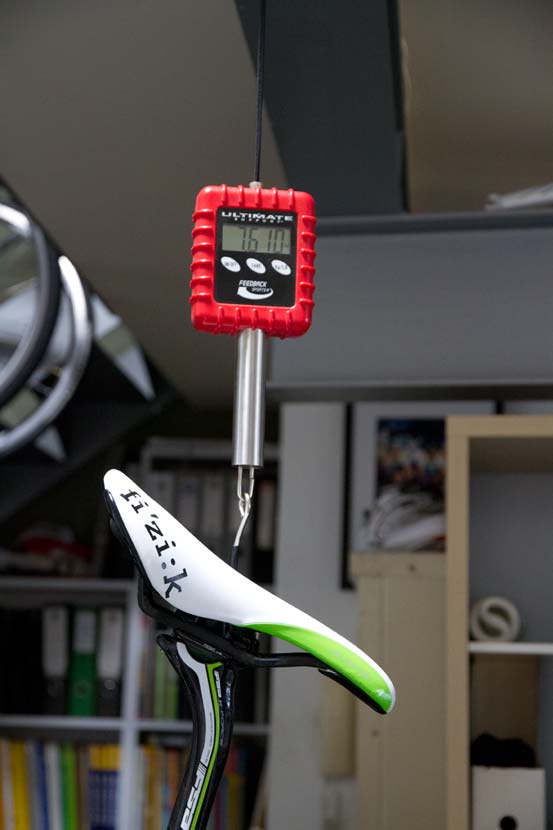