Virtual cycling platform FulGaz has created a ‘Tour of Europe’ for riders who are keen, competitive, and interested in exploring famous roads while working out on the home trainer. 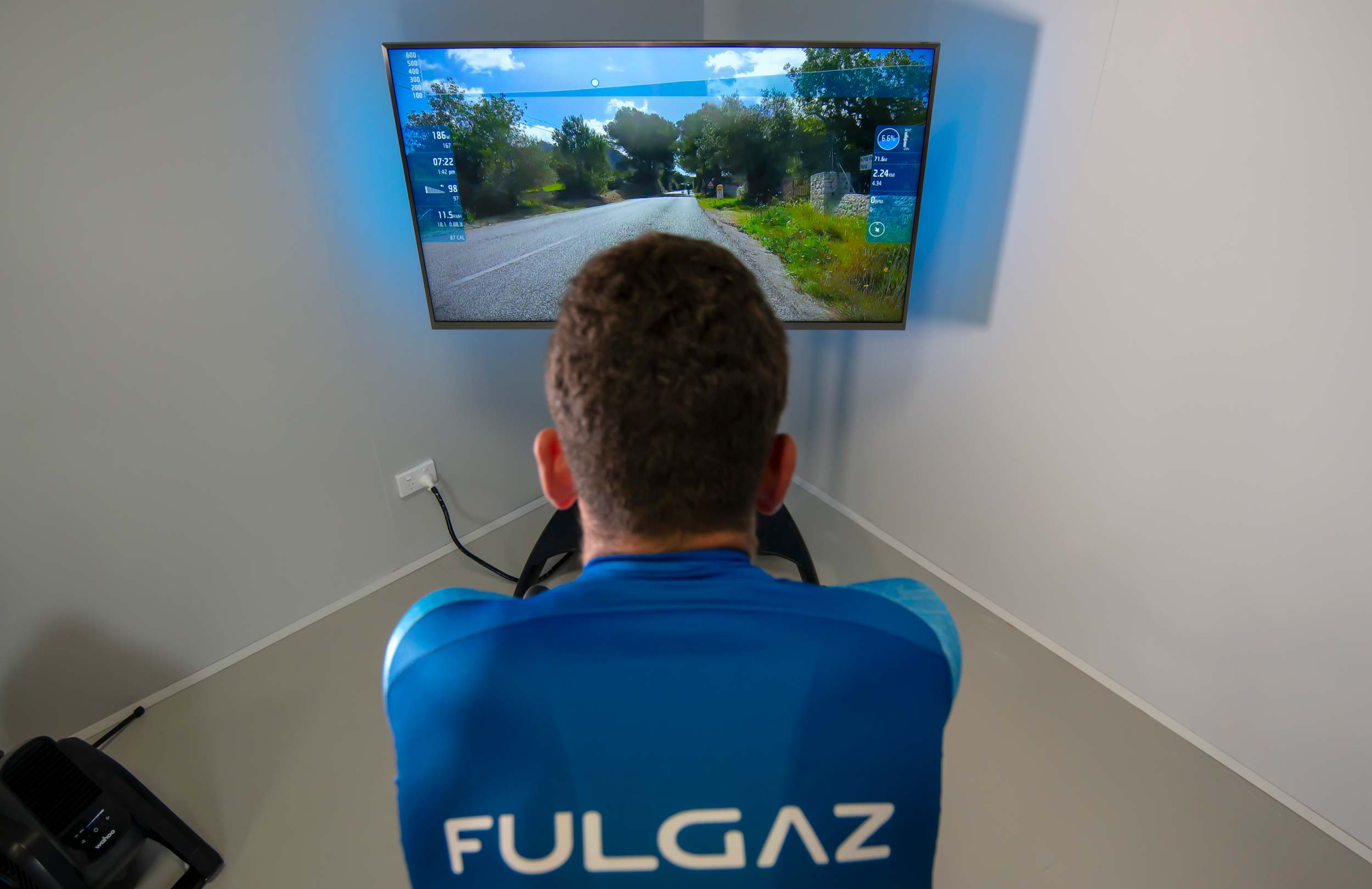 Racing is already underway, with the opening stage having started on Saturday 21 March. But there’s still time to join the Tour of Europe and compare your efforts with others who have turned to FulGaz for a workout while in isolation.

Stage one concludes on Tuesday 24 March and data will be used to create a ‘general classification’ ranking for the concept that was created in just four days by FulGaz founder, Mike Clucas, and his team.

He is understating the obvious when he says, “it has been a hectic few days”, and although Clucas is proud of what has been developed, he is also aware that there are going to be a few hiccups along the way. Technology changes quickly and FulGaz is working to ensure functionality, fun, and a clean racing environment.

– Watch Mike Clucas explain the Tour of Europe concept, click the link below –

The itinerary for the Tour of Europe includes virtual rides, with real world imagery, in Belgium, Spain, Mallorca, Germany, Italy, Netherlands and France from 21 March to 5 April 2020.

If you haven’t used FulGaz before, you can sign up for a free trial period – usually two weeks, but that has now been extended to give new members sufficient time to get used to the platform and, of course, finish the Tour of Europe.

– Enter the promo code: ridewithride (case-specific) to get a four-week trial. – 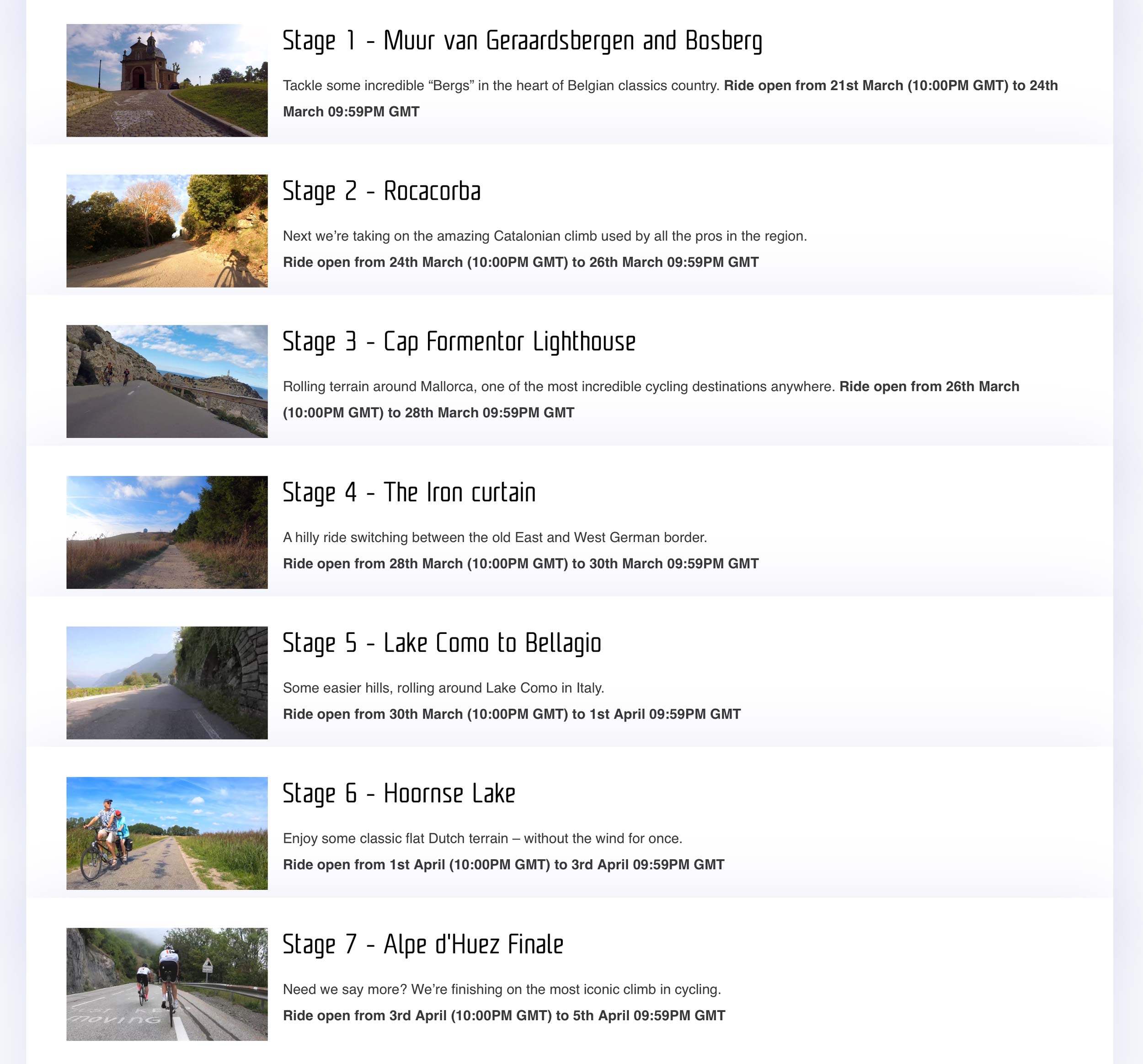 There are two leader boards currently in operation, but the aim is to introduce age groups as well as a peloton for male and female competitors.

RIDE Media will be keeping up to date with the racing as well as any tech developments and/or alterations and reporting on the action (and, of course, sampling some of the stages to ensure that some screen time also becomes riding time).

Be sure to use the FAQ section on the FulGaz site as this is a work in progress; if there’s a bug in the system, Clucas believes there should be a fix or it can be quickly remedied.

This is cycling as it hasn’t been done before and it comes at a time when we all need to find a way to make an extraordinary situation a little enjoyable.

With a little over a day to go in stage one, the fastest time posted for the Muur van Geraardsbergen and Bosberg ride is just under 25 minutes.

Get involved, post a time (and then try and improve it if you feel the urge), and see how you compare with others in FulGaz’s Tour of Europe 2020.