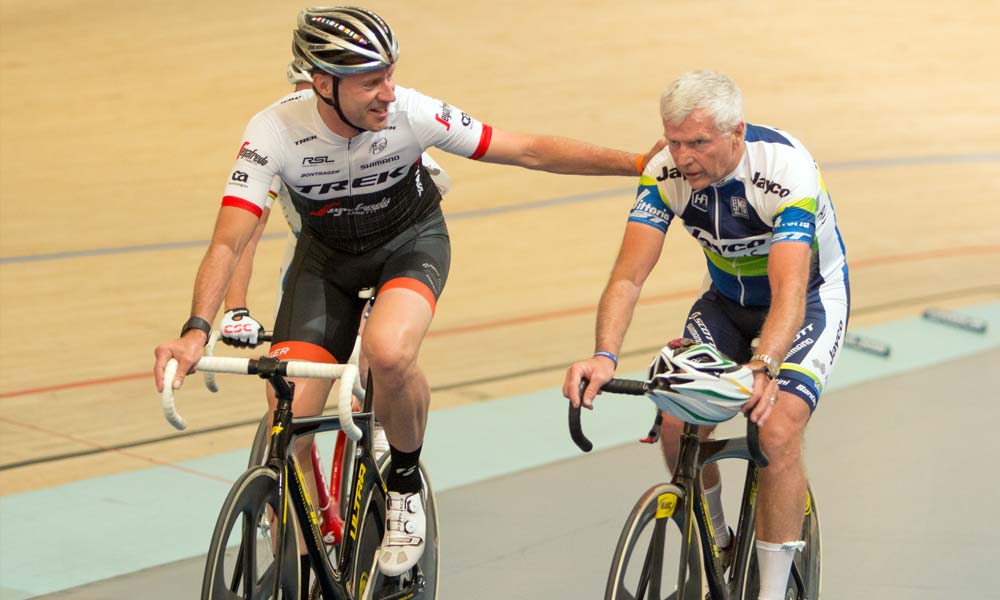 Six weeks ago, Simon Jones began his tenure as Cycling Australia’s high performance director. He told RIDE on Tuesday night that some changes were due to the coaching structure. Some of this will be revealed in the coming days but today Gary Sutton announced that his contract as women’s endurance coach will not be renewed.

After 27 years as part of the Cycling Australia staff in one capacity or another, Gary Sutton has been “tapped on the shoulder”. The national endurance coach for women’s track cycling will not have his contract renewed after it expires on 30 June this year.

Sutton told RIDE earlier today that he’s shocked by the news but that he’s “already preparing for some big things”.

He was the points race world champion in 1980 and competed until he was almost 40. Sutton then turned his attention to coaching. He is one of the stalwarts of the competitive cycling scene in Australia and we wish him all the best with the next chapter in his professional career.

RIDE spoke with Sutton earlier today and got some of his thoughts about his news and what he expects next from Cycling Australia.

RIDE: I’m talking with Gary Sutton who has been a long-time stalwart of Australian cycling. He’s been given some news this week from the new high performance director at Cycling Australia. Can you give us a little overview of what’s happened?

Gary Sutton: “Yesterday I was advised by Simon Jones, the new high performance director, that my services will come to an end on the 30th of June. It was a little bit of a shock, especially after coming off a very successful world championships.”

Just a bit of background… how long have you been part of the ‘Cycling Australia family’?

“I’ve been there for 26 years. It’s been a wonderful journey and the sport has been fantastic to myself and my family but I was taken back a little bit and, at the end of the day, I know everyone gets a tap on the shoulder…

“I’ve had the opportunity to work with some wonderful people over the years – staff and athletes. But I was taken back a little bit that I was told yesterday when they haven’t made a final decision on who has been given my position. But anyway, no doubt that’ll come out in the next few days.”

I spoke with Simon at length on Tuesday evening and we did a bit of an interview just about how things are going to change under his direction. We expected some pretty sweeping changes after what happened in Rio. Is that the explanation that they gave you? ‘It’s based on the Olympic performance…’? Or what…?

“No, the Olympics were never mentioned.

“As I said, based on what we did with two new members in the team at the world championships.

“He just said that basically he’s got a different vision of where he wants to see the program in seven years time. He had made a decision that I’ll be one of the changes. Obviously, that’s the way it is; you have no comeback.

“I’ve just got to move on and it’s not going to be easy.

“It’s already been tough on the family and friends. I’ve asked everyone just to calm down a little bit… but that’s the way things go.” 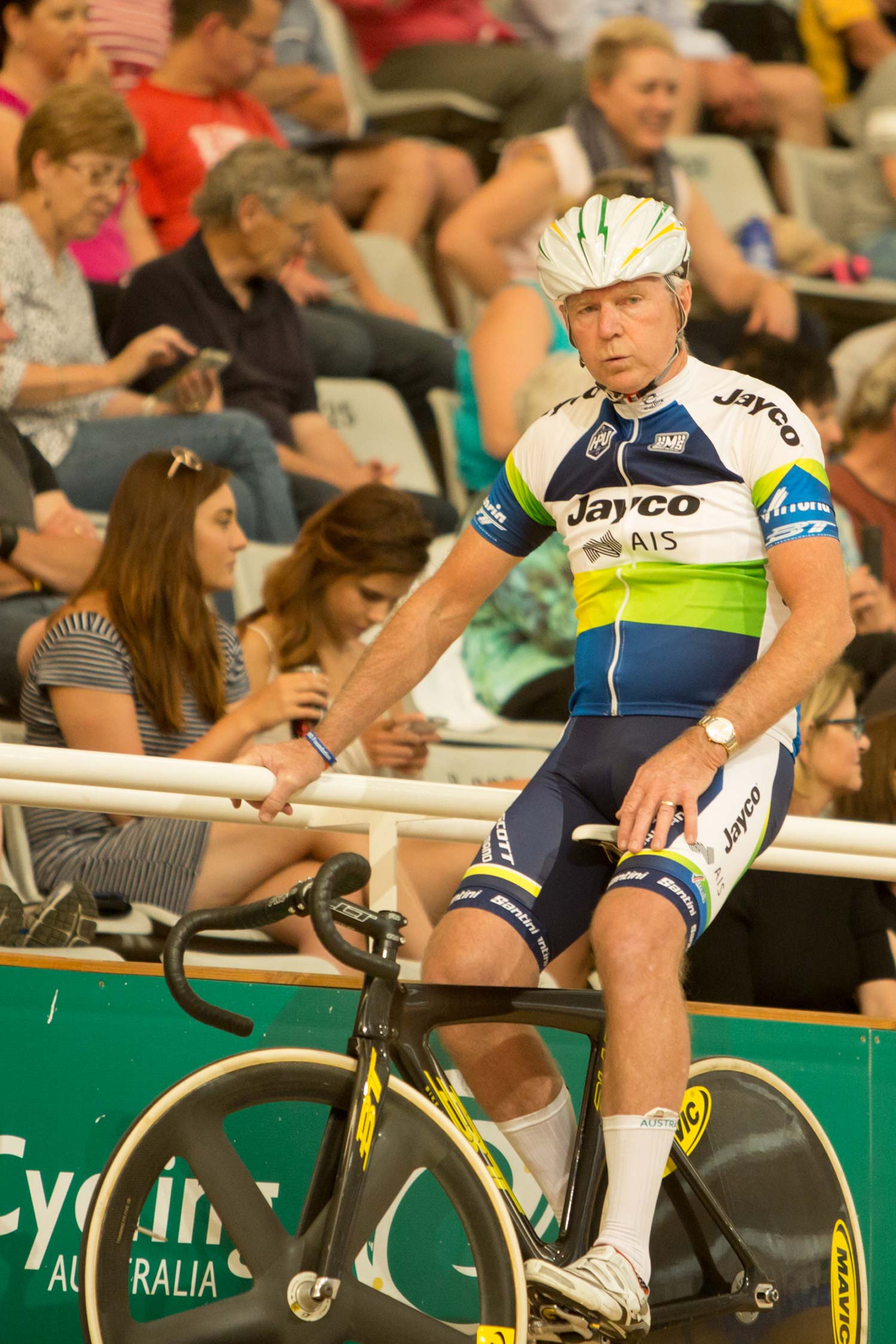 The last position you held was endurance coach for the women’s [track] team. Is that right?

So [they] had an unfortunate accident in advance of the ride in Rio… do you think that that might have cost you your job?

“Ah, it probably didn’t help but in fairness, the outcome? We’ll never know what would have happened. They were the favourites.

“I would say, only they can answer that – or Simon could answer that.

“I’m obviously pretty disappointed at the moment and a bit sad but at the end of the day I’ve just got to get on with it and move on and think about what I’m going to do for the future. It’s pretty tough here at the moment.”

I can imagine. It’s a pretty emotional time after all that span of years working with the federation. It’s a common saying but everyone sort of knows Cycling Australia to be a bit of a ‘Boys Club’. When you’re in it, it’s okay but when you feel on the outer it’s very damaging isn’t it?

“Yeah. That type of thing has never worried me at all. I’ve always spoken up and stood up for what I believe in.

“I’ve never gotten tangled up in that type of thing but, to be honest with you, I’ve always done the best job I possibly can and the most important thing is that my interest has always been with the athlete – I’ve done everything I possibly could and I don’t think there’s one athlete that I haven’t been upfront with, been honest with… or who could really say something bad, or that I haven’t supported them.

“Well, there probably is but at the end of the day I’ve done the best job I possibly could.”

I don’t doubt. The Sutton name is one that is synonymous with Australian cycling and you’ve been… you and [Gary’s brother] Shane are like chalk and cheese, we’ve talked about that in the past. Shane has got his own reputation but you have always held your principles firm and you’ve been the coach’s coach, if you know what I mean. That’s how I’ve seen you. Have you got any comment on your reputation within the ranks?

“I’ve always kept my standards to the highest level and that’s not going to change.

“There’s a lot more information that I could probably tell you – and everyone else – but this is not the time to do it. Maybe further down the track I’ll share the information with yourself and other people.

“I believe that you lead from the front. I feel that I’ve done that fairly well.

“I’ve watched my team develop over the years. And they’ve turned out to be wonderful people – not just wonderful athletes… and, to me, that’s pretty important. And it makes me feel proud.”

I never thought I’d see the day that the Suttons would move out of ‘The Shire’ but you went down to Adelaide to take on this job. Are you going to stay down in South Australia?

“We love Adelaide and we will come back here and settle here, that’s for sure.”

I don’t want you to talk on other people’s behalves but has Tim Decker still got his job?

“Yeah. Tim’s contract runs out at the end of December and I’ll imagine that they’ll advertise Tim’s job as well.

“To be honest with you, only Simon [Jones] could answer those sorts of questions. I’m not sure.

“They did sprint [coach] interviews the other day as well and that’s being finalised, the sprint job… and that will be announced at the end of the week, I would imagine.”

One thing we know for certain, that is that Gary West won’t be back [coaching]. Have you seen him of late and do you know how he’s coping [with MND]?

“I think that puts things into perspective.

“I was with ‘Westy’ last week and what a beautiful man…! It’s pretty sad. It’s very sad to see him and his family.

“It was a wonderful day that we spent with him but it puts things into perspective, for me anyway.

“We’re in touch with him quite a bit which is important and we get a few messages from him occasionally which is wonderful.”

Just to conclude this little interview – and it’s one that will be continued in the weeks to come – but just want to say thanks for being the supporter of RIDE Media as you have been all the years I’ve known you. I met you in 1991 and I still remember that firm handshake upon meeting you – and I think my hand is still suffering from that – but it’s been a pleasure working with you all these years and I look forward to seeing what’s next in the chapter of Gary Sutton.

“Thanks Rob, for all your support of the women’s endurance team as well – or for the sport, to be honest with you.

“I’ll be talking to you in the next few days because I think there will be other news that lies ahead.”