George Bennett earns himself a win in Italy: “I had to go for it”

George Bennett – the popular, charismatic Kiwi from Jumbo-Visma – got a chance to race for the win… and he seized the opportunity at the Gran Piemonte overnight. 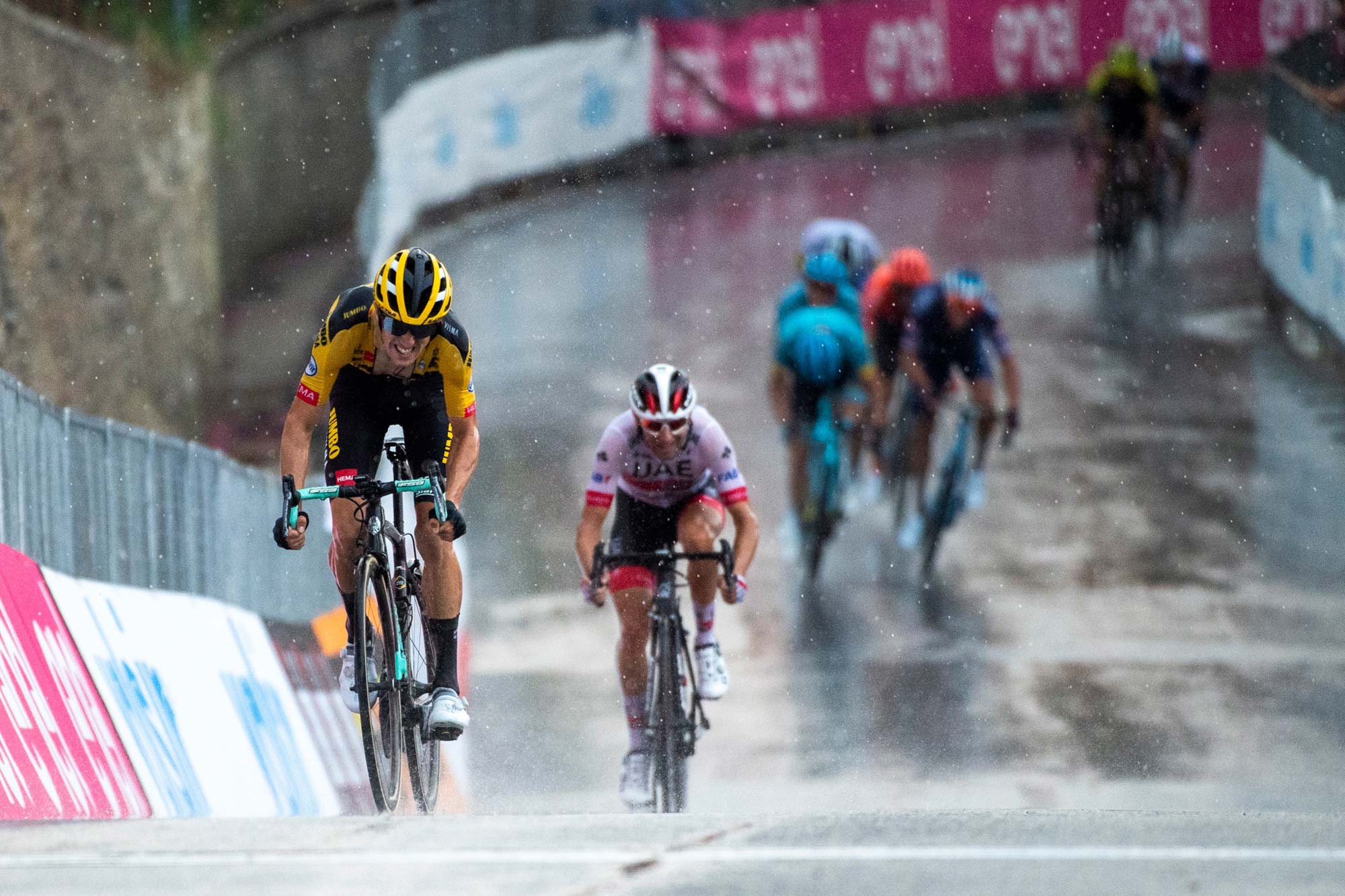 “I was afraid the race wasn’t hard enough but my boys made it harder and I went at the right time when it was half raining, half dry. I’m super happy.” (Photo: La Presse, via RCS Sports)

“I knew I only had two days this season to go for my own chance,” said George Bennett after relegating Diego Ulissi and Mathieu van der Poel to second and third in the 187km Gran Piemonte one-day race in Italy. “One of them was today. The other one will be next Saturday in Il Lombardia.”

For the 30-year-old New Zealander, it’s rare to get the nod to race for himself and he’s usually happy doing what the team asks of him. Still, he recognises that it’s good to earn some podium time of his own.

To date, no Kiwi was won any of cycling’s five Monuments, but Bennett has a chance when he races again on Saturday. Usually, Lombardia is the last of the major Classics for the season, contested in October, but it’s been shunted forward to August because of the crowded, compromised competition calendar in 2020.

Il Lombardia has been forced to alter the route but the race that begins in Bergamo and finishes in Como, is a 243km test that comes as Italy is being considered as one of the possible locations for the relocation of the 2020 world championships.

For Bennett, the win was a fitting reward from his team who values his contributions but usually ask him to work for others rather than himself. Even during the winner’s press conference yesterday, George recognised that he’ll return to worker duties once he finishes Lombardia. “After that I go back to work as a domestique,” he said.

“When I saw that I had the possibility [to win] today, I knew I had to go for it. I hoped that I could stay away until the end and I did.”