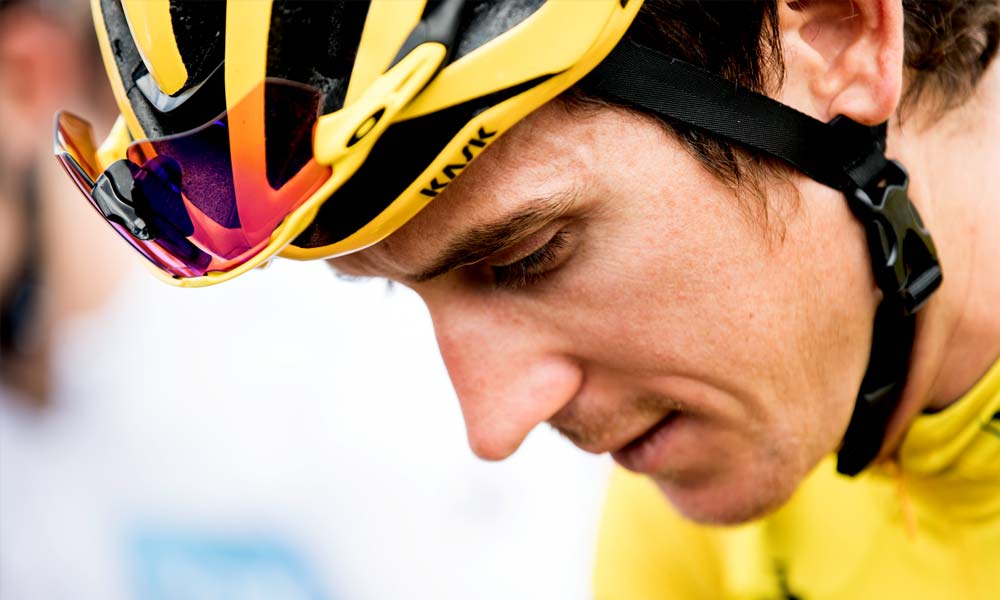 Geraint Thomas out of the Tour

A crash with 100km to go in stage nine, on the descent of the col de la Biche, will see Geraint Thomas denoted with those three letters no rider wants to see next to his name: “DNF”. Team Sky is now down to eight riders…

Before the start of the ninth stage, we posed the question: could Geraint Thomas challenge his team leader Chris Froome for the title of the 104th Tour de France?

The Welshman who was second on GC after eight stages, crashed and is said to have sustained a broken right collarbone.

He has finished the Tour with fractures before… consider the 2013 Tour when he crashed on day one but raced all the way to Paris.

This year, however, his work in the Tour de France is over after around 1,500km of racing.

He was meant to be the leader for Team Sky at the Giro d’Italia but a crash on the day of the Blockhaus climb would ultimately force him to abandon the Italian Grand Tour.

‘G’ is one of only two riders to have worn the yellow jersey in the 2017 Tour de France.

He will end the race in an ambulance.