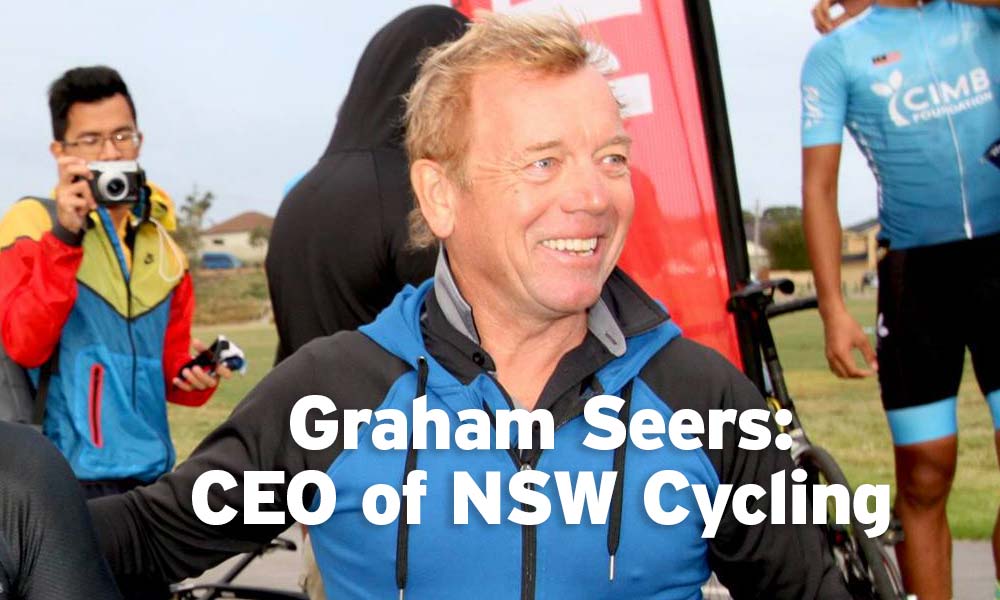 We have reported on some of the machinations that took place when Cycling NSW advertised for a new CEO. Today it has been confirmed that Graham Seers will take on the role…

The interviews are over and the shortlist whittled down to one man. Graham Seers, a long time ambassador for cycling from Australia, has been appointed as CEO of Cycling NSW. The news has just been confirmed in a statement from chairman, Peter Beaumont.

According to Beaumont, “Graham needs no introduction to many Cycling NSW members, having been heavily involved with cycling at all levels in NSW and Australia over the past 40+ years.  Graham’s experience, cycling network and deep passion for the sport will be fundamental to Graham’s leadership of Cycling NSW over the coming years.”

The 59-year-old represented Australia in the road race at the 1980 Olympic Games. He owns a bike shop in Port Macquarie, where he has lived for a considerable portion of his life. It is also in the town on the NSW mid-north coast that Seers helped convince the local council that a velodrome would be an asset to the community.

Seers has a long history in cycling, domestically and internationally and in recent times he has been a coaching consultant for the Malaysian cycling federation.

“Graham is in the process of transitioning from his current role as the director of development for junior cycling in Malaysia,” reads Beaumont’s statement. “Graham will commence his role with Cycling NSW on 1 June 2018.”

He will take over the role from interim CEO Glenn Vigar who has been managing the position in the absence of Phil Ayres who had been with Cycling NSW until earlier this year.

Several high-profile candidates applied for the CEO position, including Phill Bates, a seasoned veteran of the cycling scene, someone who expressed bitter disappointment at being overlooked for the job. “I was told that the reason was because I stated in my application the things I could achieve in three years but they wanted a commitment of at least five years,” said Bates earlier this month.

As a rider, Seers competed in the Commonwealth Bank Cycle Classic (under the ‘Bates Bikes’ banner) and it will be interesting to see how these two stalwarts of NSW – and, indeed, Australian – cycling work together or if Bates will simply continue to focus on his many other business and personal projects.