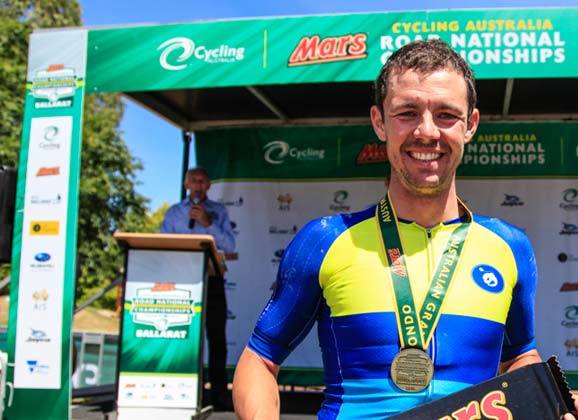 The inaugural ‘Australian Gran Fondo Championships’ was held on Saturday 9 January 2016. Regular contributor to RIDE, Nick Squillari posted the fastest time. Afterwards, we asked: Is a GranFondo Championship a contradiction in terms? He replied: “I don’t think it’s a contradiction. Other countries have similar. And honestly it was both really well run and creates a terrific avenue for those who want the ‘nationals experience’ but are presently entering the road races to get that chance.”

Squillari was ninth in the elite men’s TT on Thursday, finishing one place ahead of last year’s bronze medallist Jack Bobridge.

The ‘winner’ of the Gran Fondo took some time out on the afternoon of his ride to put together his thoughts on the experience. 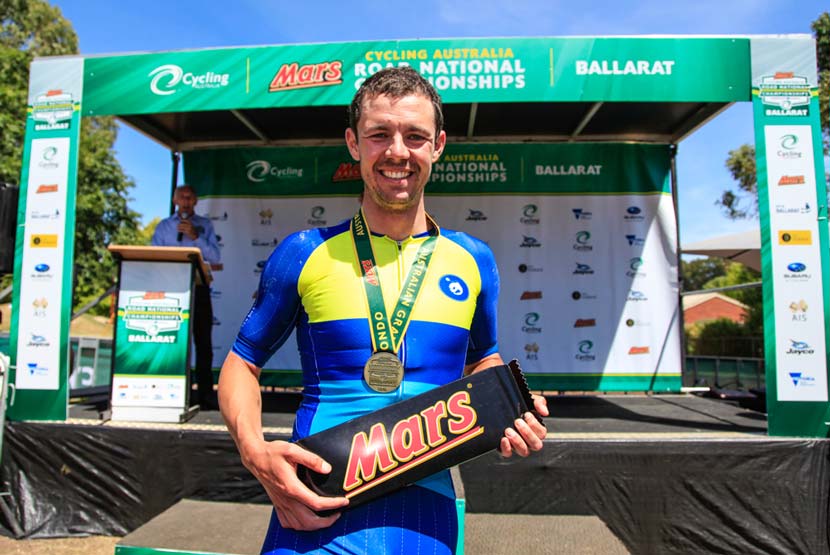 A Gran Fondo national championship. A contradiction in terms? Well that all depends on whether or not you see a gran fondo as a race or a challenge. But therein lays the beauty of this event. It is whatever the rider chooses to make it.

If experiencing the same hurt the pros go through up Mount Buninyong is your goal, then you can (and are encouraged) to race it.

If you win there’s a national gran fondo gold medal waiting for.

Alternatively if simply finishing a ride – closed roads and all, on a course now famous within cycling – is the preference then go right ahead. The ride caters for that too.

And if either of those options were still not enough, there’s even a prize for the fastest lap and overall King of the Mountain time.

Not impressed yet? Let me elaborate.

There’s been discussion for years now about selection criteria for entry in to the elite road races – only until now there’s been a shortfall in what could be offered to those not at the level of competing in a national elite road race. Barriers to participation are no way to grow the sport (and this is something Cycling Australia is keenly aware of). The solution was the introduction of an event that hits the critical points of:

And make no mistake. As a rider who has now done both the race and the gran fondo, there is no easy way to race up Mount Buninyong. 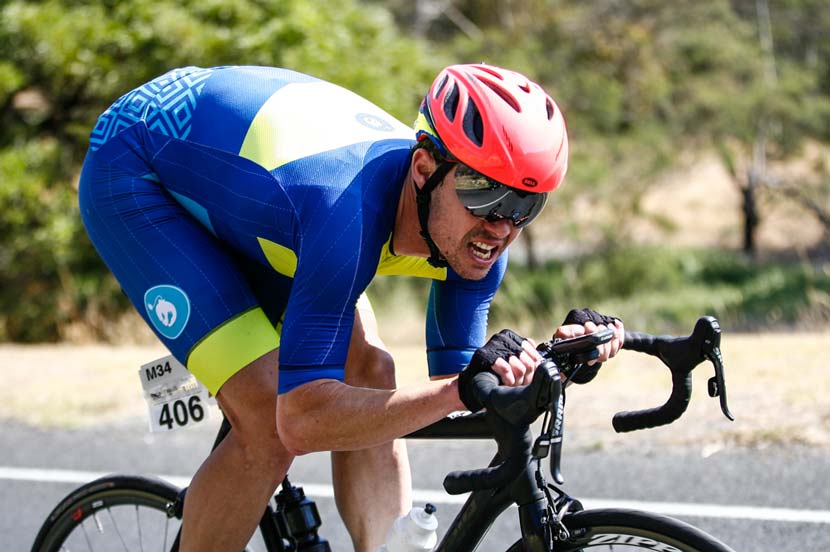 On Saturday, in the inaugural edition of the Australian Gran Fondo Championships – through gritted teeth and with screaming legs – each lap had me respecting the fact that Cycling Australia had done a stellar job at recreating the same raw experience of racing the elite road race. And it is this final point that is crucial. In Europe the big cycling countries have an amateur and professional national road race championship. Win the Belgian amateur road race, for example, and you’re pretty much sealed a ride with a big domestic team the next season. It’s both a way for up-and-coming hitters to take centre stage as well as ensuring a clear delineation between the professionals and amateurs. Because without employing the toxic “you’re not good enough” line, there needs to be both self-awareness from riders on their actual level of ability as well as an alternate space for them to showcase their wares and race.

There is no shame in not being good enough to hang in the peloton alongside WorldTour professionals. Hell, I came ninth in the elite time trial on Thursday yet still made the decision to skip the elite road race. I am simply not fast enough. I would be getting in the way of guys who are – quite literally – at work.

I don’t want to screw up their chances on what could be a massive day in their career. But I still want to race. Until this year there was no alternative. But in a masterstroke Cycling Australia has not only filled this void. It has also found a way to increase the broadcast time for the women’s road race – at, crucially, minimal extra cost. The fondo has also generated income out of what was already a sunk cost. I’ve been critical of CA in the past but in this instance the changes were excellent.

Like Amy’s Gran Fondo experienced up until 2014, times (and winners) calculated off when each individual crosses the timing sensor inevitably results in ‘timer doping’. The AGF (Amy Gillett Foundation) countered it by having each age category’s time begin when the first rider from that group passes the timing sensor. The fondo championshipss need to do the same.

If it’s a race then it should be for line honours, not who was being the most shady.

A mass start amateur national championship. This isn’t a criticism as much as it’s pie in the sky for what this event could be.

Why not have the first group racing for the amateur Australian national road title – and age groups after that?

If the goal is to encourage over-their-heads riders out of the elite road race and in to the gran fondo event what better way than to dangle an even larger carrot? The fact though that this is even a possibility is again huge credit to those who got the inaugural event off the ground to begin with.

It was hard. This may have had a little to me racing it for over an hour solo. My whole ride is spelled out in numbers (below). Which those who follow me on Twitter got a taste of during the ride, as I also ran Live Track off my Garmin 810 for the whole race. 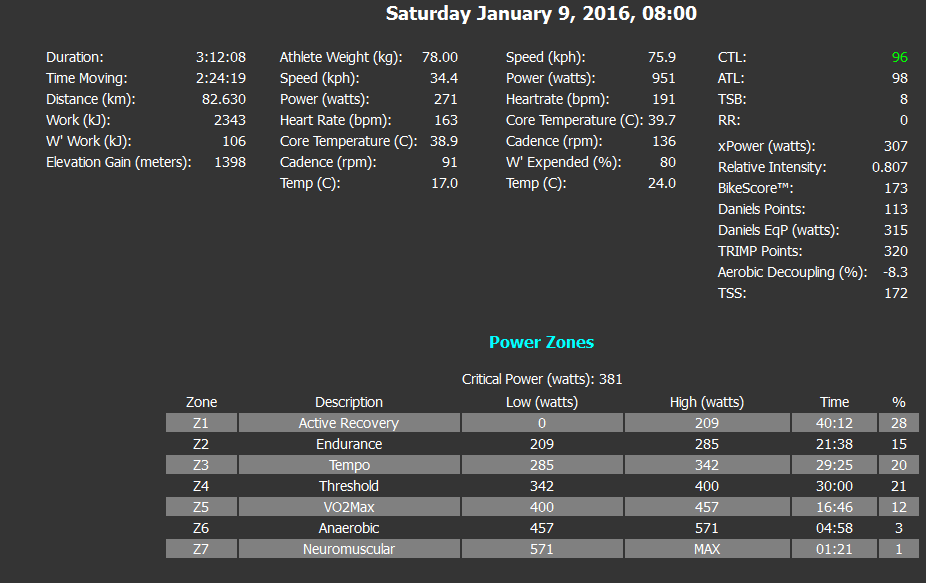 Selection #1 being what I pushed once I left the peloton – and ‘Lap 2’ being my entire race.

At a normalised power of nearly 330w it was no easy day of racing. Again though, this was the whole aim of the event. Make it as hard or as easy and you want. Race it. Don’t race it. The choice is yours. But race and win (like I did) then you can lay claim to being the national gran fondo champion for 2016.

With the rise in popularity of sportives, there is nothing stopping any winner from having a national champs jersey made especially for those events. What better way to promote your fondo than by inviting some of the national champions along?

Cycling Australia has been through a lot over the past few years. Copped flack from plenty of angles. Yet today I truly felt like a corner was turned. Well done to all involved. I’ll be back to both defend my titles next year and watch this event grow. 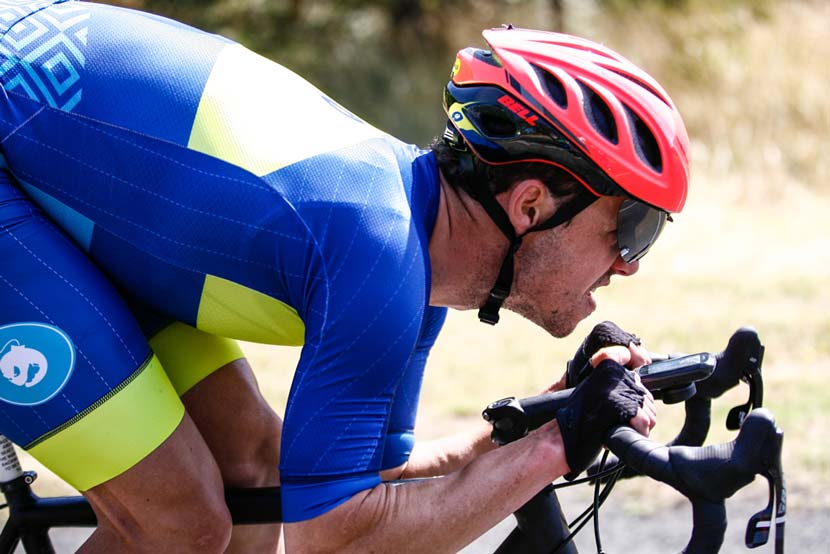