Ten years ago Jack Bobridge was on the cusp of an epic sporting career. Today he has been sentenced to four and a half years in jail for dealing drugs…

There’s no doubt that Jack Bobridge had plenty of energy. He could race his bike with panache but it’s what happened after racing that turned what could have been a wonderful tale of sporting success into a sad saga which required a judge to determine that prison will be part of his future. Unfortunately, many in the cycling realm could see this scenario coming for a long time… but there was little anyone could do about it.

Bobridge would live up to his promise as a cyclist. He raced the Olympics in Beijing as an 18-year-old, won both the road race and time trial at the nationals in 2009 and claimed the under-23 TT world title the same year. He turned pro at the age of 19, and was destined for greatness.

But ultimately his partying lifestyle – which was not just sporadic, rather almost “habitual” according to someone who knew him well – has cost him dearly.

Bobridge’s reputation is in tatters. It has been for some time now. He was charged with dealing MDMA and other illicit drugs in August 2017. In 2019, he has been sentenced to four and half years in jail.

He has denied the charges, with the ABC reporting he claimed the drugs were for personal use. 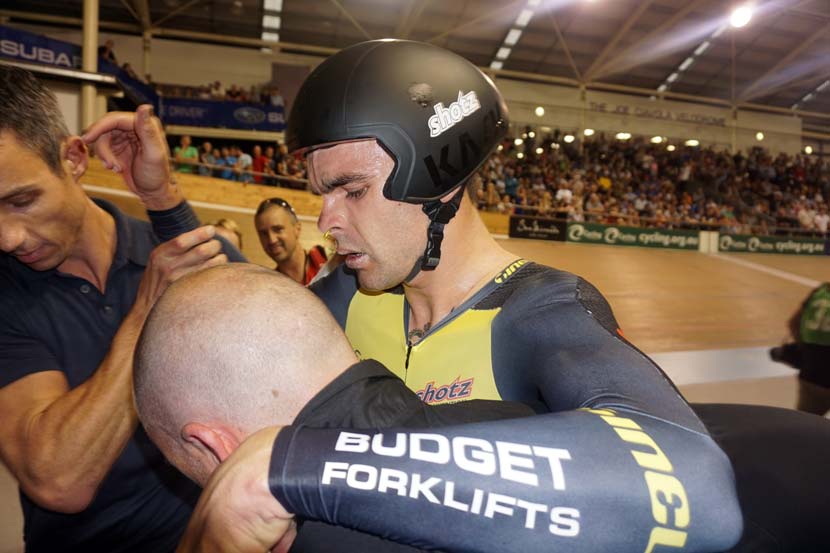 Bobridge after his hour record attempt (above). Photo: Rob Arnold

RIDE Media followed the sporting career of Bobridge closely, featuring him on the cover of a magazine in 2010 wearing a rainbow jersey after the TT win in Mendrisio the previous year and reporting on numerous amazing cycling conquests, including his failed attempt at the hour record in Melbourne in January 2015.

“That’s the closest to death I’ll ever be without actually dying,” he said after having to be unclipped from the pedals by coach Tim Decker, and have the front wheel of his bike removed so he could dismount and cope with the pain of cramps.

He spoke with honesty and sincerity about his racing and was lauded by the Australian sporting system that so carefully monitored his progression through to the elite ranks. Once there, however, he believed the hype that surrounded him and enjoyed partying like few in the sport have done before.

“He would sit there and listen to a lecture about what not to do, nod his head and behave as though he understood,” said one former team-mate who asked not to be named, “and the next thing he’d do is stand up and say, ‘Right, you finished? Because I’m going out!’

“He’d return to the hotel in the early hours of the morning, stinking of booze and cigarettes, have a shower and be out on the bike training shortly afterwards.”

Bobridge was a freak of an athlete who was given every chance to succeed but it all came crumbling down because of his penchant for partying and an appetite for drugs.

The downfall, some say, was inevitable. No matter how much support he was provided, he seemed determined to write himself off as often as possible.

His battle with drug use (and supply, evidently) was well known as was his issue with rheumatoid arthritis, which severely hindered his career but wasn’t able to stop him from racing.

His Olympic debut as a teenager didn’t yield a medal in 2008 (the Australian team pursuit quartet finished fourth in Beijing) but he went on to the finals of the same event in London and Rio in 2012 and 2016, winning silver medals both times.

RIDE Media reached out to Bobridge several times after the Rio Games and he promised to return calls “to talk about the Olympics” in 2016 but the call never came. By then his relationship with another Olympic cyclist, Josie Tomic, was falling apart. He had moved from his hometown of Adelaide to Perth… and, not long afterwards, he was arrested.

The ruling today is the latest instalment of the demise of a rider who had a very bright future, loads of promise, and a fantastic support network… but, in the end, none of it was enough to keep him out of jail.